And following her return from London, Zoe Kravitz was spotted picking up some Mexican food in New York City on Sunday evening.

The 31-year-old beauty dressed casually as she went bra-free in a white tank top that flashed her muscular arms. The star has been training hard to play Catwoman in the new The Batman film with actor Robert Pattinson and director Matt Reeves. 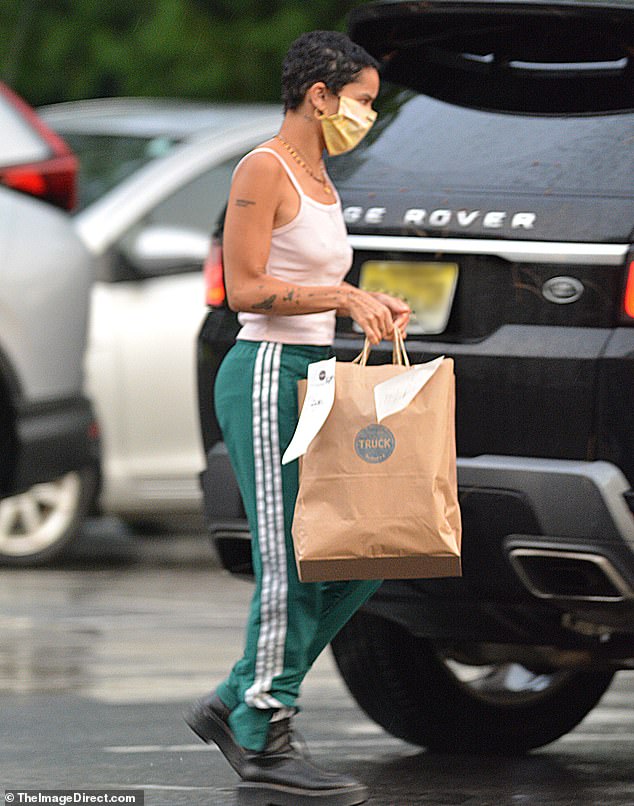 Casual: Zoe Kravitz put her petite frame on display on Sunday when she stepped out to pick up some takeout food in New York City

Zoe appeared to be braless underneath a white singlet top that drew attention to her tiny petite frame.

She teamed the look with forest green Adidas trousers and completed the ensemble with a pair of boots from The Row.

The Big Little Lies actress stayed safe as safe as possible from the COVID-19 pandemic with a mask over her face. 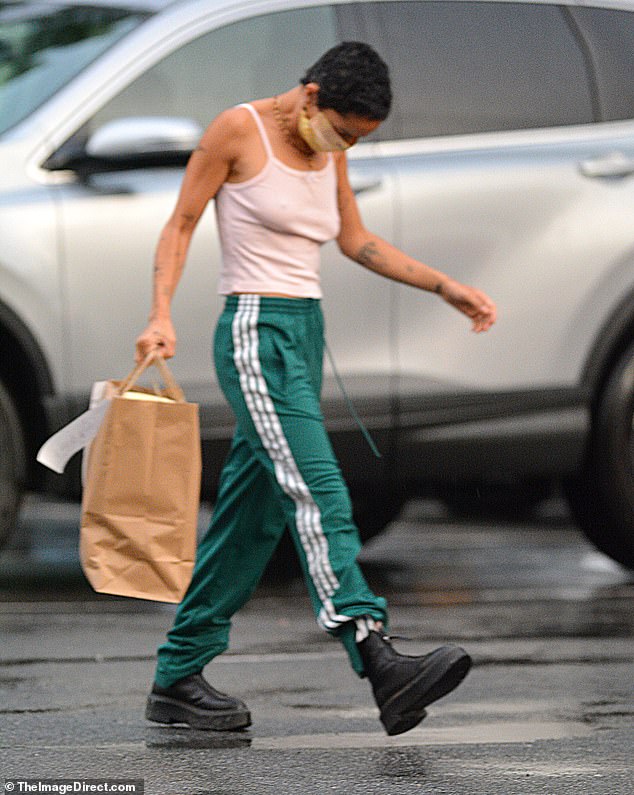 Safety first: The Big Little Lies actress stayed safe as safe as possible from the COVID-19 pandemic with a mask over her face

Zoe sported her pixie cut style and appeared to be wearing very little to no makeup.

She commemorated the special day with a candid photo from their wedding that took place in Paris, France, in the home of her dad, Lenny Kravitz.

Zoe recently revealed on Dax Shepard’s Armchair Expert podcast that she gets ‘offended’ when people ask her if she’s having kids soon. 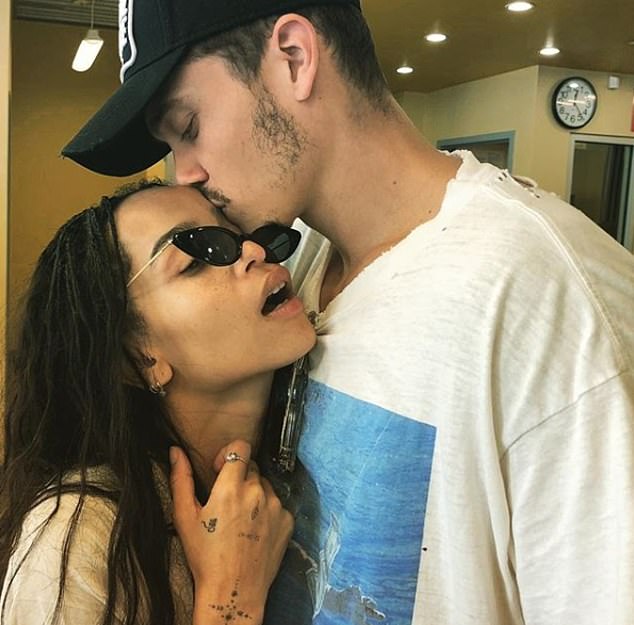 ‘A lot of people ask the question, “When are you gonna have a baby?” or said things like, “When’s the baby?” and I really get offended by people assuming that’s something that I have to do because society says so,’ said the High Fidelity star.

She went on to say that she was too busy in her career to start a family right now.

‘Right now, I’m certainly not in a place where I think I’m able to do that just ’cause of work and also just, man, I don’t know, I like my free time.’

Zoe admitted in January 2020 that she loved being married and loves having the occasional fight with Karl. 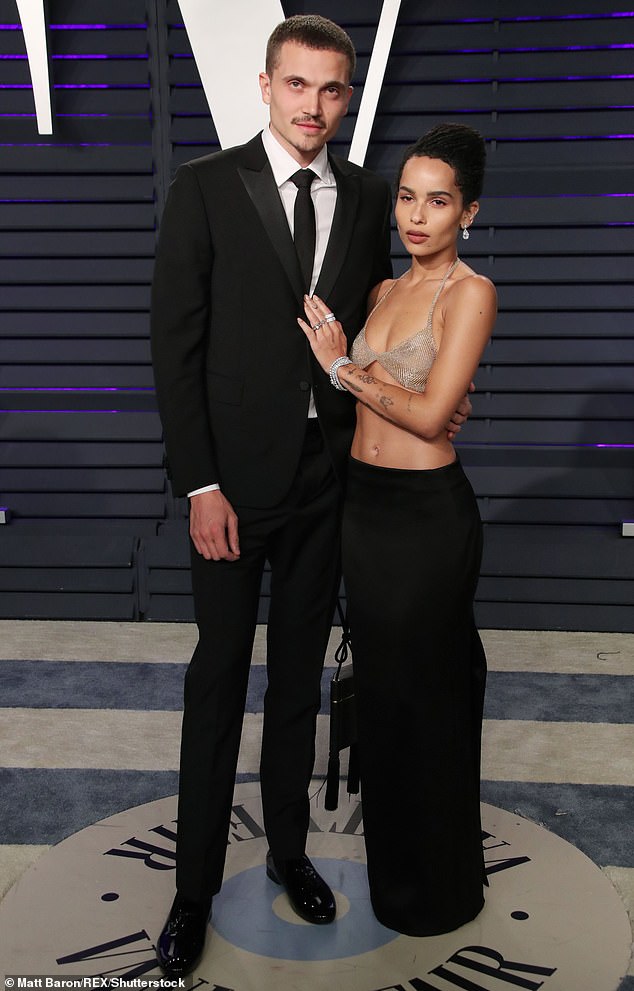 Not the time: Zoe recently revealed on Dax Shepard’s Armchair Expert podcast that she gets ‘offended’ when people ask her if she’s having kids soon

‘I’m used to my family living in different cities, yet we stay close while all doing our own things,’ she told Elle magazine.

‘Karl has his own career and needs to focus on that, but we’ve been together for a few years now, and we know where we are.

‘If anything, the best part of being married is being able to have the odd fight and knowing neither of us is going to walk out of the door. The commitment feels safe.’

Zoe and Karl married in June 2019 in Paris, France, after getting their marriage licence the month before. 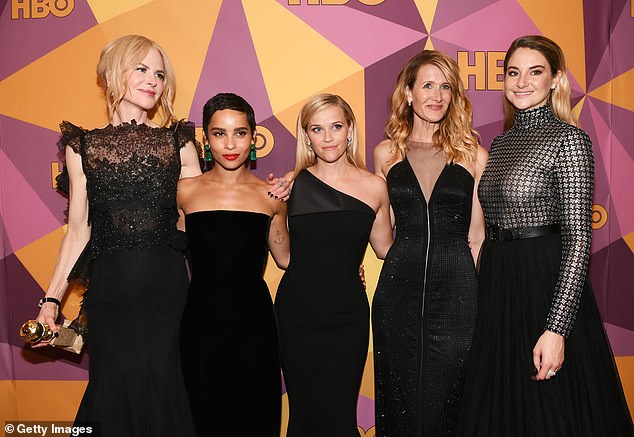 Support: Zoe’s Big Little Lies cast were in attendance of her wedding to Karl in 2019

Great British Bake Off: A look at the best bits of Matt Lucas' 'fantastic' hosting debut   0

How to get rid of visceral fat: Eating more of this type of food could help to burn belly 0