Wizard is FINALLY revealed on The Masked Singer... and Jackie 'O' Henderson was the show's only judge who managed to guess correctlyBy

Wizard was finally revealed to be Isaiah Firebrace during Tuesday’s episode of The Masked Singer.

Only judge Jackie ‘O’ Henderson was able to correctly guess the 20-year-old singer, after insisting it was Isaiah following his performance earlier on in the show.

‘It’s Isaiah Firebrace! You got it right!’ an excitable host Osher Günsberg told the 45-year-old judge. 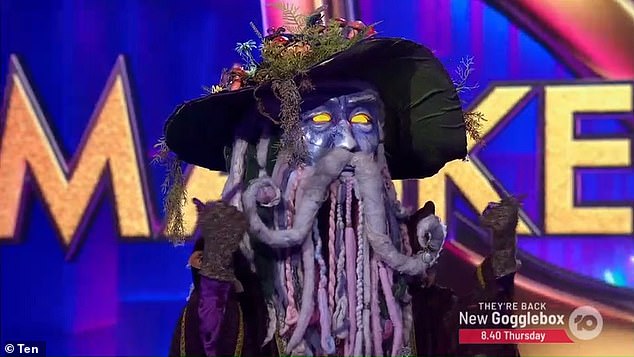 Unmasked: Wizard was finally revealed to be Isaiah Firebrace during Tuesday’s episode of The Masked Singer

‘Yes, it’s me!’ Isaiah confirmed after taking off his mask and turning around to face the stunned judges.

The former X Factor winner spoke about his decision to appear on the show, confessing it gave him something to do during lockdown.

‘The whole experience has just been crazy. I really do feel grateful. This is probably the best way to spend lockdown and isolation,’ he said.

Vitamin d deficiency: How do I know if my Vitamin D levels are low? 0

Joan Collins, 87, enjoys a romantic evening out with her husband Percy Gibson, 55, in St. Tropez 0

Biden is a Bubba, not Obama lite 0