Importance of protein is no secret to the world. It is the foundation for a healthy body. It is one significant nutrient that not only contributes

You Are What You Eat is RETURNING to screens
Best hair supplements: Eat seaweed to boost hair health says This Morning's Liz Earle
Cody Simpson cuts a casual figure as he grabs a bite to eat with his pals in LA


Importance of protein is no secret to the world. It is the foundation for a healthy body. It is one significant nutrient that not only contributes in maintaining healthy bones and muscles, but also helps in overall growth and development. Hence, experts around the world time and again stress upon the importance of including good amount of protein in our everyday diet, especially among women. This helps reduce the bone density loss that comes with ageing. A new study further recommends that plant-based protein has a better effect on women’s health than the other ones. According to the new research, postmenopausal women, who ate high levels of plant protein had lower risk of premature death, heart-related diseases et al, when compared to women who included lesser amount of plant-protein in their diet. The findings were published in the Journal of the American Heart Association.

Also Read: 5 Protein-Rich Nuts And Seeds You Can Munch On Through The Day 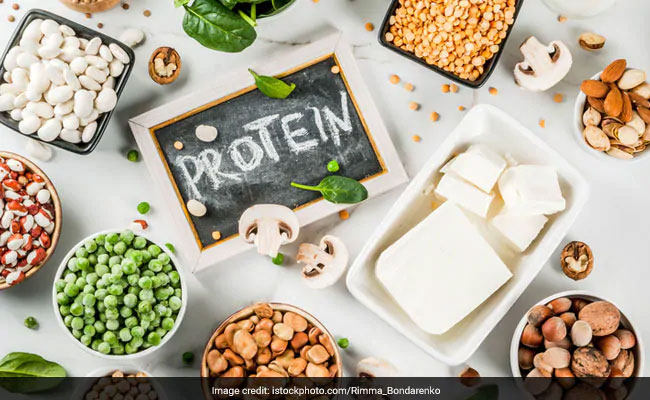 Nuts, soy products and legumes are few of the best  plant-based protein

Why Women Should Include More Plant-Based Protein In Their Diet | Benefits Of Plant Protein:

For this study, the researchers analysed more than 100,000 postmenopausal women, aged between 50 and 79. It was a large-scale study where participants were given a questionnaire detailing their protein intake in regular diet (both veg and non-veg protein). After a detailed survey, the researchers found that women having good amount of plant-based protein in their daily diet lived longer than the ones who ignored protein in their meal.

-Higher consumption of processed red meat was associated with a 20% higher risk of dying from dementia.

-Higher consumption of unprocessed meat, eggs and dairy products was associated with a 12%, 24% and 11% higher risk of dying from cardiovascular disease, respectively.

-Higher consumption of eggs was associated with a 10% higher risk of death due to cancer. However, as per the researchers, it is still unclear why eggs were linked to higher cardiovascular risks and deaths due to cancer.

Considering this, we say, include a good amount of plant protein in your daily diet for a healthy living.

(Note: The food suggestions are not a part of the study).

About Somdatta SahaExplorer- this is what Somdatta likes to call herself. Be it in terms of food, people or places, all she craves for is to know the unknown. A simple aglio olio pasta or daal-chawal and a good movie can make her day.

What petrol stations will be open today? Where to get petrol TODAY 0