WHITE Castle is voluntarily recalling a limited number of its frozen burgers over deadly listeria fears.

White Castle Vice President, Jamie Richardson spoke out: “Our number one focus is the safety of our customers and our team members, and as a family owned business, we want to hold ourselves to the absolute highest standards of accountability in all aspects of our business – and especially food safety.”

What is listeria, what are the symptoms and can it be cured? 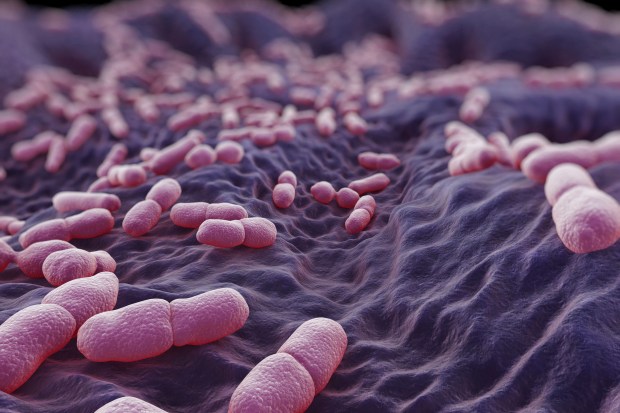 LISTERIA is a type of bacteria that can cause the infection listeriosis if ingested.

Mild symptoms of the bacteria – which most people only experience for a few days – include a high temperature of 100.4F/38C or above, chills, vomiting, diarrhea, and aches and pains.

More severe symptoms are possible in pregnant women, babies, the eldery,  and anyone with a weakened immunine system.

The bacteria can cause preganant woman to have miscarriages and still births.

Severe symptoms can be seizures, sudden confusion, a severe headache and stiff neck, or discomfort when looking at bright lights.

Listeria can be avoided by washing hangs regularly with soap and water, washing fruits and vegetables before ingesting, and correctly storing pre-packaged foods.

Serious infections that that arise from a Listeria infection can be treated with antibiotics.

Miscarriages and still births are possible outcomes of the bacteria when found in pregnant woman.

Customers who may have purchased any recalled White Castle products were urged to throw them out or return them to the store.

The White Castle facility where the bacteria was found is conducting comprehensive testing, following through with intensive sanitation and cleaning from food safety experts, and elevating manufacturing guidelines, according to the FDA.

No illnesses have yet been connected to the recalled products, but customers should still seek medical advice if they suspect they’ve come in contact with the bacteria.


Man held for murder of boy, 12, after school hit-and-run found asleep in car


'One-in-a-million' mum, 25, stabbed to death after 'trying to break up a fight'

A total of 102 people were infected with the strain of E.coli across 23 states, according to the Centers for Disease Control and Prevention.

Listeria monocytogenesis can cause symptoms such as severe headaches, nausea, high fever, and diarrhea [stock image][/caption]

Love Island’s Sophie Piper confirms she is ‘exclusive’ with Connor Durman – but admits...

LOVE Island’s Sophie Piper has confirmed she is ‘exclusive’ with Connor Durman – before admitting they haven’t actually discussed their relationship status. The 23-year-old...

Scientists found different foods were linked with different types of stroke. Eating 0.3oz more fibre a day appeared to lower risk of the most...

Prisons could be forced to give criminals early release as jails ‘set to run...

BRITIAN’S crumbling prisons could run out of space by the end of the year leading to criminals getting early release, according to MOJ...

Mum-of-eight wins fight to keep sanctuary for 200 guinea pigs after cleaning her back...

A MUM’S sanctuary for 200 guinea pigs has been saved — after she cleaned up her back garden. Jane Evans was told to get...

Emmerdale fans predict new twist for Nate and Cain that could...

Man horrified after pulling 10m tapeworm out his backside

Love Island’s Sophie Piper confirms she is ‘exclusive’ with Connor Durman – but admits...