DILLIAN WHYTE offered his show of support to old rival Anthony Joshua – urging him to ignore critics ahead if his rematch against Andy Ruiz Jr.

Brit star AJ, 30, faces a must-win rematch on Saturday night in Saudi Arabia as he attempts to reclaim the unified titles against 19st underdog champion Ruiz.

After the 6ft 6in Watford giant was dumped on the deck four times before surrendering the WBA, IBF and WBO belts in round seven, he has faced criticism like never before.

But Whyte – who faces Mariusz Wach on the undercard – gave his former opponent a hug and urged him to block out the naysayers.

Whyte said: “Good luck, don’t listen to no one. Forget about what people say bruv.”

And Joshua replied: “You as well, bring it back.”

Whyte was the first boxer to ever beat Joshua, scoring a points win in the amateurs in 2009.

But AJ won the rematch six years later in the pro ranks with savage right uppercut in round seven.

Their rivalry has remained over the years, and they looked set to fight again at Wembley in April, but after negotiations collapsed Joshua took his business Stateside. 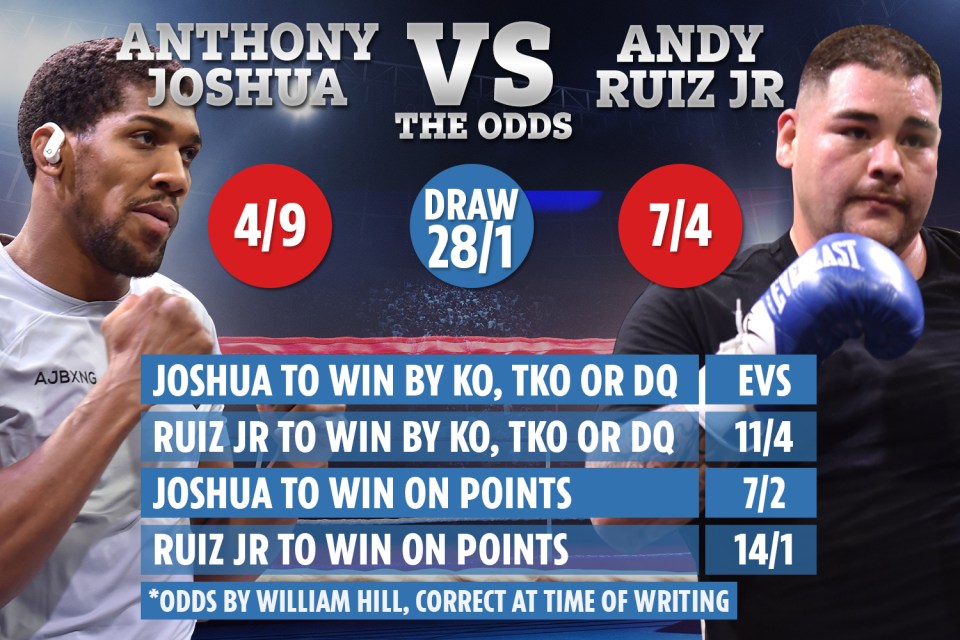 But it was then revealed the heavyweight had an ‘adverse finding’ in his pre-fight United Kingdom Anti-Doping Agency test.

UKAD are still investigating the test, but the British Board of Boxing Control cleared Whyte to box against Rivas, and has since not suspended him, despite the WBC stripping the Brit of his mandatory challenger status.

With no news of a development, and no ban on the 31-year-old, he has decided to take a ten rounder against ex-AJ sparring partner Wach to remain busy.

Is Valencia vs Barcelona on TV? Channel, live stream, team news and kick off time for La Liga clash

How Chelsea could line up vs Arsenal with Reece James fit to play with...

Bungling Jeremy Corbyn forgot where he was & how many trees he would plant...

High blood pressure: Include walnuts in your diet to lower your reading

Price of fruit, veg and meat to climb

BARCELONA continue their La Liga title defence with a tough trip to face Valencia. After scraping their way past Ibiza in the Copa Del...

PAUL MULLIN hopes to pile on the misery for Ole Gunnar Solskjaer a week after cheering his Kop idols to victory from the...

High blood pressure, medically known as hypertension, can lead to all sorts of health conditions. For one, it can lead to a heart...

SPANISH defender Pablo Mari flew to London on Friday for a medical with Arsenal, according to reports. According to ESPN, the Flamengo centre-back, 26,...

Does Boris Johnson want to sell the NHS to Donald Trump?