closeVideoElderly woman choked and robbed by thief in New York CityThief chokes and robs an elderly woman, then calmly walks away with her bag.A th 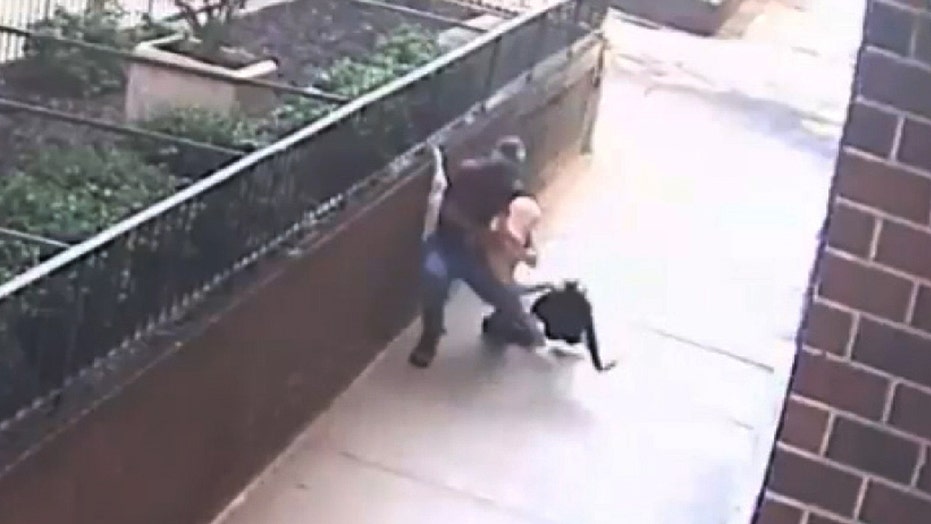 Thief chokes and robs an elderly woman, then calmly walks away with her bag.

A thief choked and robbed an elderly woman in broad daylight in New York City before calmly walking away, in a disturbing incident caught on video.

The attack happened in the area of East 29th Street and First Avenue around 8:30 a.m. Sunday, police said.

Footage posted on Twitter by the New York Police Department shows the man approach the woman, who authorities say is 64 years old, from behind and choke her before pulling her to the ground, crouching over her and stealing her bag.

He then saunters away as the woman remains on the ground, video shows.

Police said the thief also made off with the victim’s Apple iPhone and her wallet, which contained roughly $100.

The victim was not seriously injured.

Best supplements for men: Take this to lower risk of cancer, heart disease and Alzheimer's 0

Athletics' Matt Chapman on having no fans in stadium: 'It just plays to our advantge' 0