OnlyFans star Vanessa Sierra and her tennis player boyfriend Bernard Tomic were spotted out and about in Byron Bay last week.

The happy couple looked loved up as they left a yoga session together, before stopping at a nearby beach for a swim.

Vanessa, 25, showed off her fit figure in a pair of leggings and a sports bra. 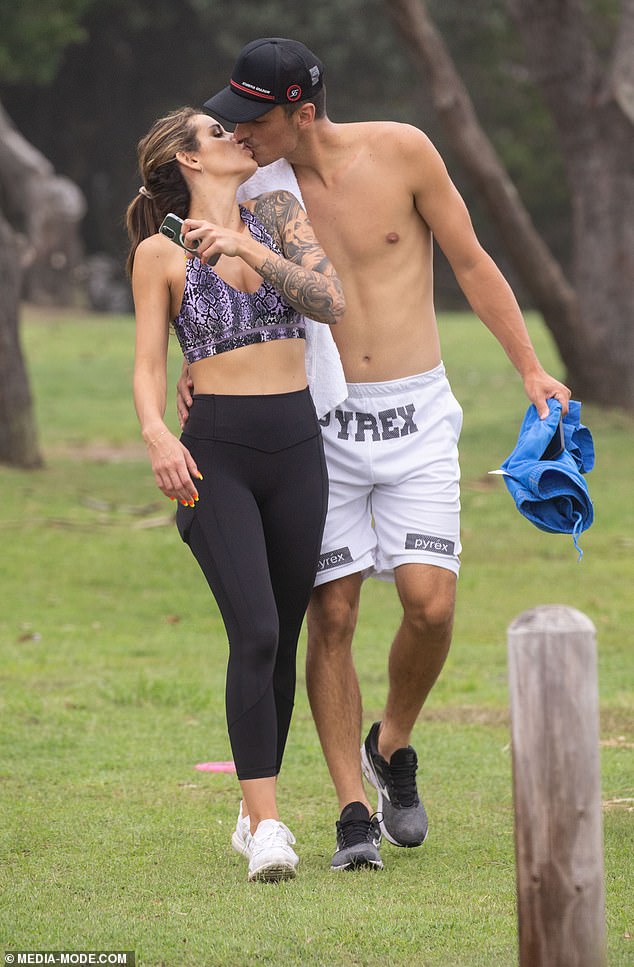 Stepping out: OnlyFans star Vanessa Sierra and her tennis player boyfriend Bernard Tomic were spotted out and about in Byron Bay last week

The former Love Island Australia star tapped away on her mobile phone as she walked alongside Bernard.

The pair couldn’t resist sharing a kiss and a cuddle at several points during their leisurely stroll.

Tennis pro Bernard, 28, proved that he certainly isn’t shy by going shirtless for the outing. 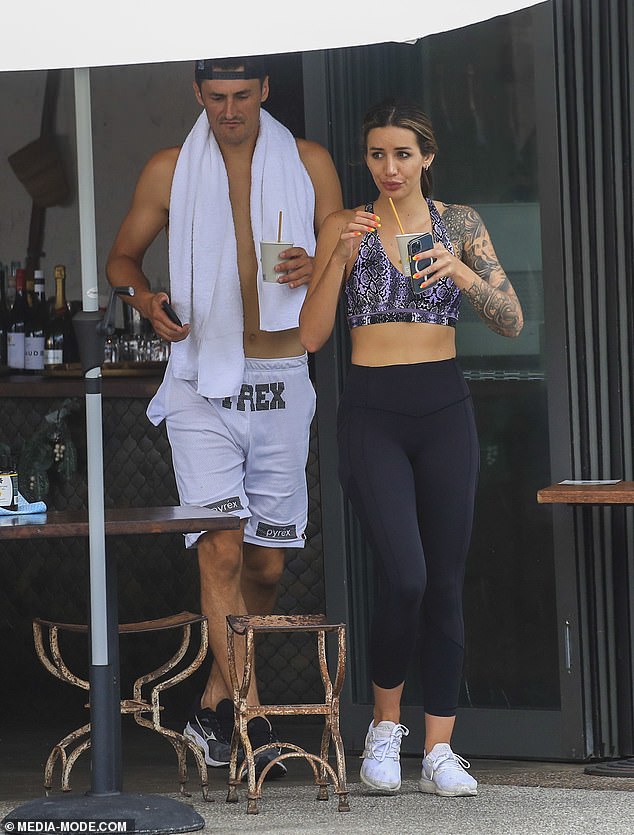 Treat: The couple picked up a treat from a nearby cafe after their yoga session 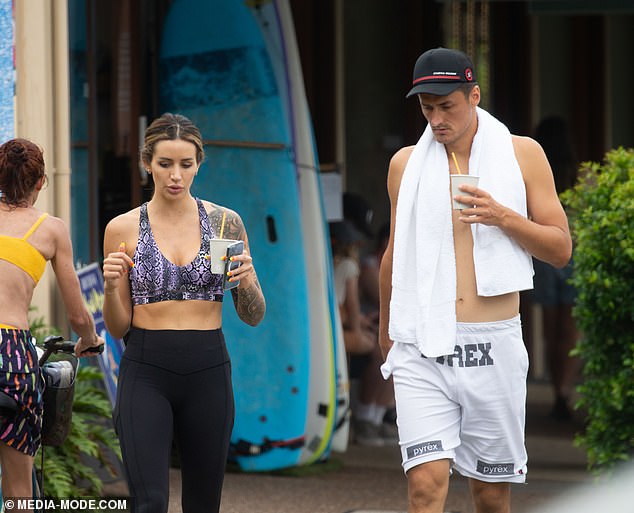 Chit chat: Vanessa and Bernard were deep in conversation as they left the cafe 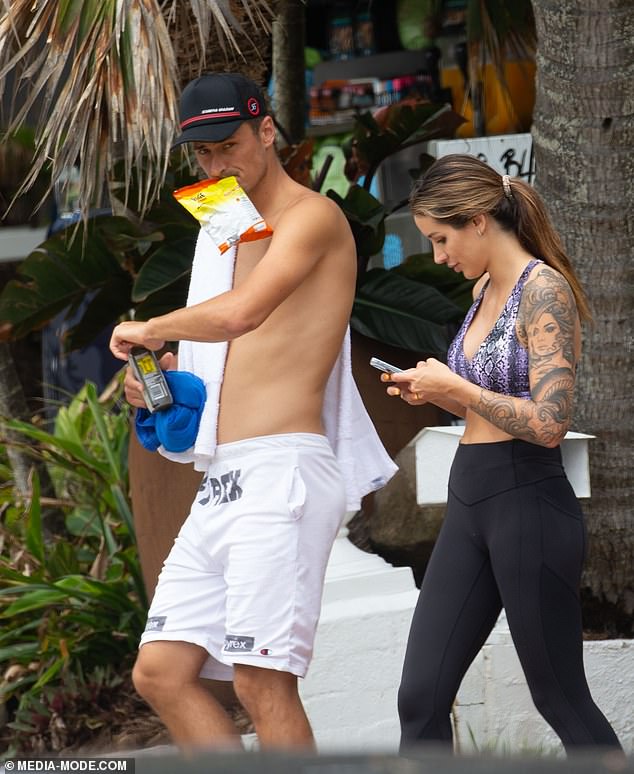 Distracted? The former Love Island Australia star tapped away on her mobile phone as she walked alongside Bernard

He carried a pair of blue boardshorts in one hand, which he later changed into before diving into the surf for a swim.

Vanessa recently hinted that she’s taken her relationship with Bernard to the next level by referring to him as her ‘husband’ on social media.

In an Instagram post over the weekend, the model uploaded a video of herself sweetly resting her head on Bernard’s shoulder as they sat in the front of their car. 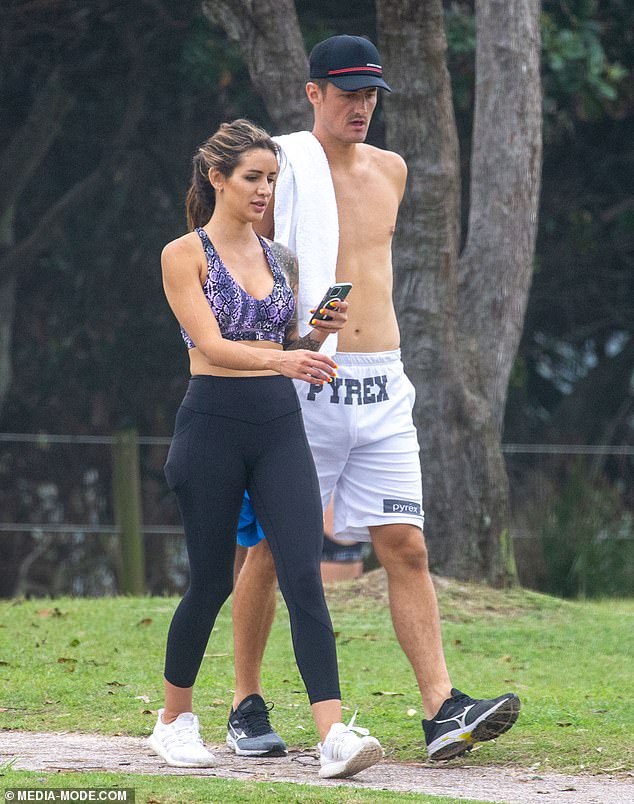 On a mission! The pair strutted their stuff down the footpath towards the sandy beach 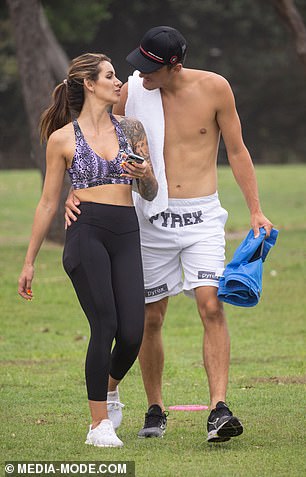 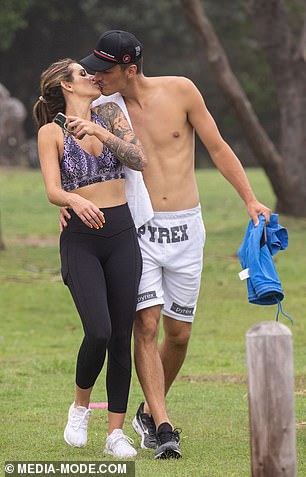 Cute: The pair couldn’t resist sharing a kiss and a cuddle at several points during their stroll

Bernard then turned towards his ladylove and planted a kiss on her forehead.

Raising eyebrows, Vanessa conspicuously wrote the word ‘husband’ with a love heart emoji on top of the video.

It’s unclear whether Vanessa and Bernard are engaged, or whether they simply enjoy using marital terminology as pet names for each other. 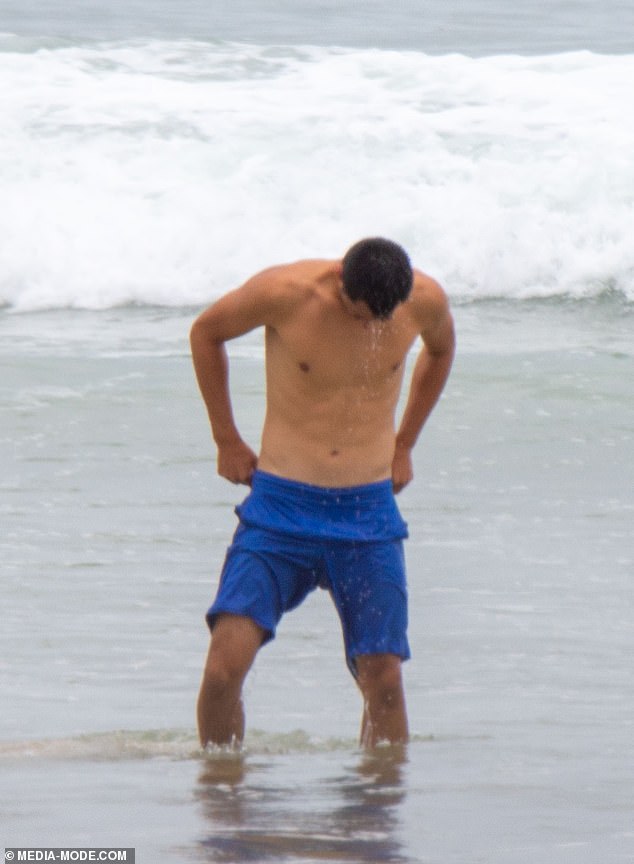 Changed man: Bernard changed into a pair of blue board shorts before diving into the sea 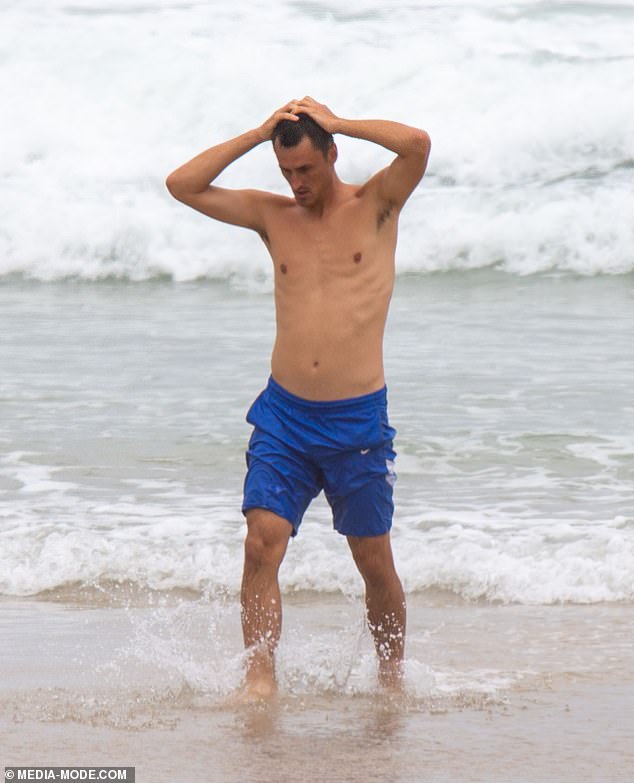 Baywatch moment: The former tennis champion ran his fingers through his hair as he emerged from the surf 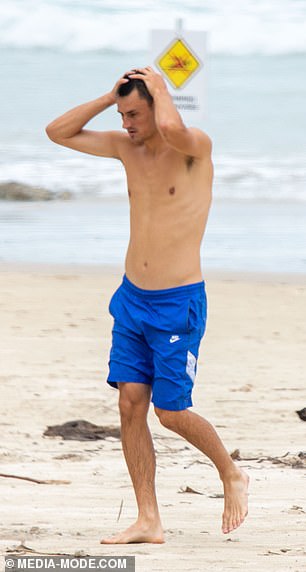 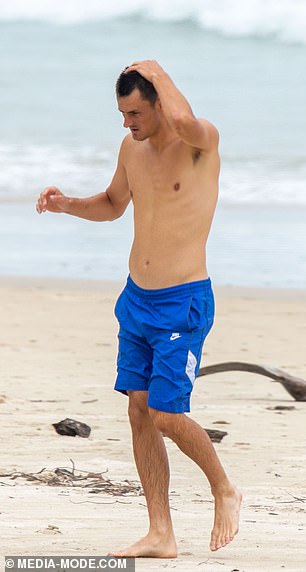 The good life: Bernard didn’t appear to have a care in the world as he enjoyed his swim

The couple first confirmed their romance in early November.

The pair launched their X-rated OnlyFans page to create content as a couple earlier in the year – and before their split, they were among the top 0.01 per cent of creators on the platform. 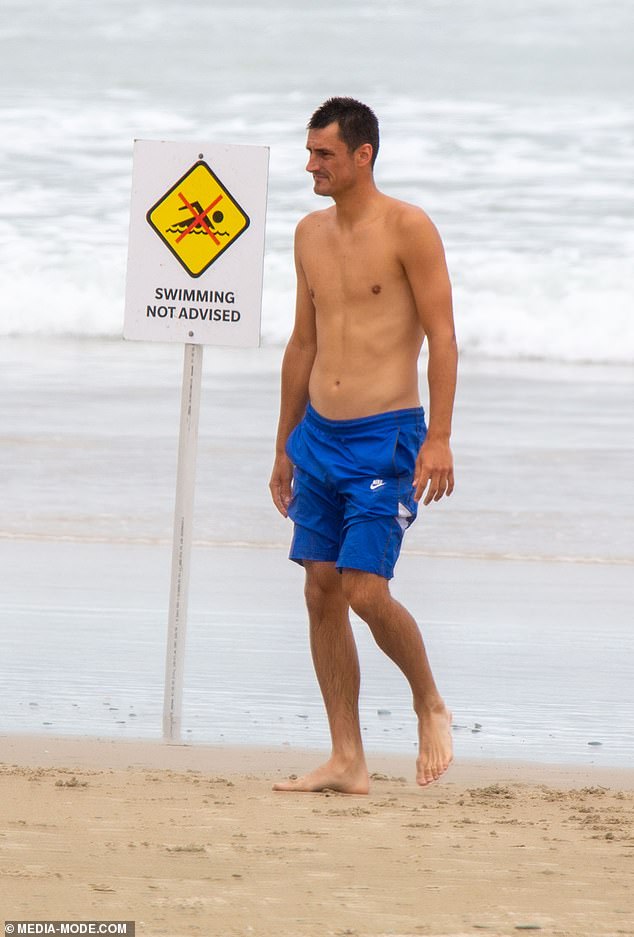 ‘Not advised’: Bernard made sure not to go in too deep due to a warning sign advising people not to swim

Rick McDaniel: This Christmas, be like Joseph and believe the best not the worst 0

Albert Roux net worth: Chef made a huge wealth during impressive career 0