JAMIE CARRAGHER has criticised Arsenal manager Unai Emery for creating “confusion” at the club and blasts the “disaster” signing of David Luiz.

Speaking on Sky Sports’ Monday Night Football, Carragher saying how he sympathises with the Arsenal fans after what has been an underwhelming start to the season.

Emery’s side are eighth in the Premier League table and haven’t won in six matches in all competitions.

The pressure is mounting on the Spaniard after the 2-2 draw at home to Southampton last weekend and the performances are starting to cause unrest within the fan base.

“Confusion in the crowd, confusion with his players and confusion for himself.

“In this one game against Southampton, I think in some ways it almost sums up the 18 months of Emery at Arsenal, really.

Speaking about the signing of the defender from Chelsea, Carragher said: “David Luiz, a player they brought in during the summer who I actually thought it might not have been a bad signing but it’s been a disaster for them. 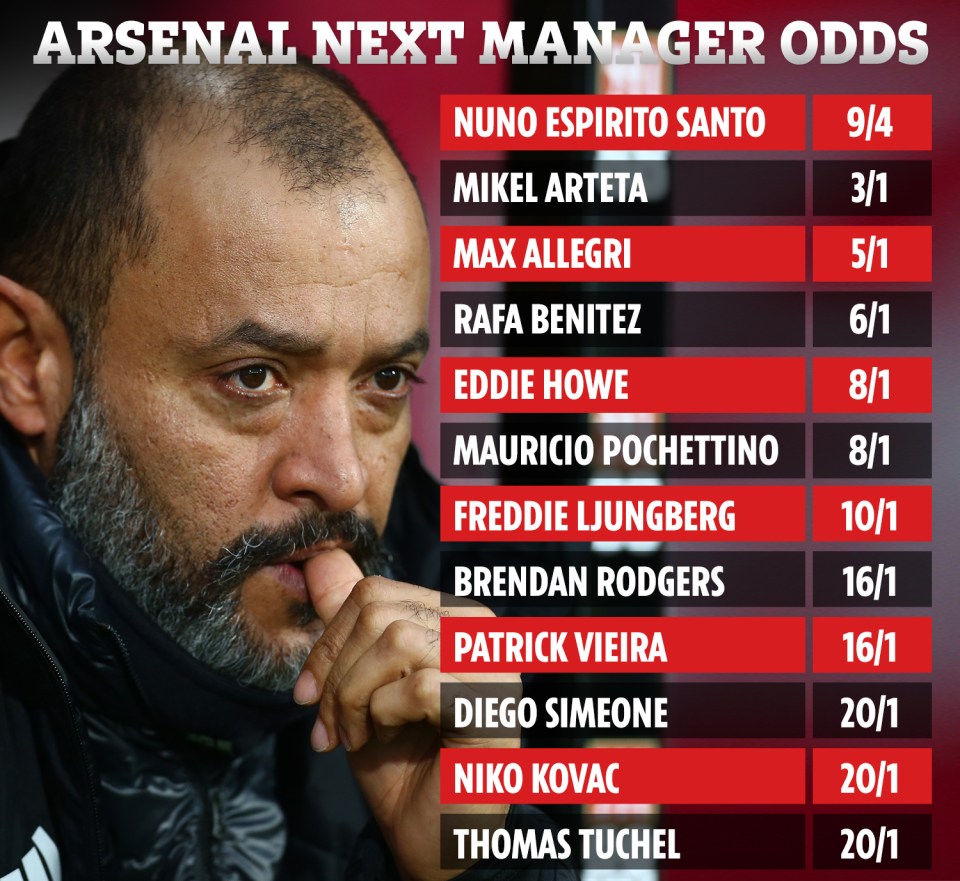 “Strikers in this team, he’s got two top strikers, probably as good as a pair of strikers in the league with Lacazette and Aubameyang, you don’t bear to think how bad it would be without these two.”

Most Read in Football


Savage, 45, makes Stockport Town debut… and is still a nuisance to referees

It has been claimed that it will cost Arsenal £4million if they want to sack Emery.

Wolves boss Nuno Espirito Santo is favourite to replace Emery and Manchester City assistant manager and former Arsenal player Mikel Arteta is also in the running to take over if the board decide it’s time for a change.

Emery’s side haven’t won a league game since October 6th against Bournemouth.

Number 16: The horse that made the Tizzard team what they are but may be remembered for Gold Cup fall

Furious Deontay Wilder screams at his corner ‘why’d you do that?’ after they throw in towel in shock loss to Tyson Fury

Harvey Weinstein’s trial set to be ‘biggest since OJ’ as Hollywood’s ‘God’ is charged...

Radical Dem Rashida Tlaib blames ‘disappointment’ in Hillary Clinton for why she BOOED her...

Type 2 diabetes symptoms: Three signs to look out for on the skin

We give Valentine whose partner pranked her by bringing her on a tour of...

Number 16: The horse that made the Tizzard team what they are but may...

WITH the Cheltenham Festival now 16 days away, the Sun Racing team will be bringing you their ‘Festival 50’ every day between now...

QUEL DESTIN (3.20 Fontwell, nap) can do the business in the National Spirit Hurdle. This five-year-old can teach his elders a lesson after a...

Furious Deontay Wilder screams at his corner ‘why’d you do that?’ after they throw...

FURIOUS Deontay Wilder screamed at his team “why’d you do that?” after they threw in the towel during his shock defeat to Tyson...

TYSON FURY sensationally stopped Deontay Wilder in the seventh round of their rematch to become a world champion for a second time. It was...

Wilder stuns fans by dressing as ‘Sauron’ from LOTR with evil-looking costume with glowing...

DEONTAY WILDER stunned the boxing world by wearing an evil-looking Lord of the Rings-style costume with glowing red eyes for his ring walk...

Emmerdale’s Arthur branded a ‘demon child’ as he punches Archie after...

Floyd Mayweather needs to return to boxing as he has ran...

Number 16: The horse that made the Tizzard team what they are but may...

Furious Deontay Wilder screams at his corner ‘why’d you do that?’ after they throw...