Delta Goodrem reveals how she kept her new health battle a secret
Titanic: The battle over doomed ship's 'voice' between descendants and salvagers
Mississippi close to removing Confederate battle emblem from its flag

By Sarah Packer For Mailonline

TOWIE star Georgia Kousoulou has spoken of her sadness over her grandmother’s ongoing battle with dementia and how their family almost lost hope when she fell ill with coronavirus.

Georgia, 29, told MailOnline she has ‘no idea’ when she’ll be able to see her grandmother again but she’s ‘scared and anxious’ for when the time comes knowing she will have deteriorated even further.

In an exclusive interview, Georgia, whose grandmother is living in a London care home, said: ‘It’s so difficult when you have a family member that doesn’t even know who you are. 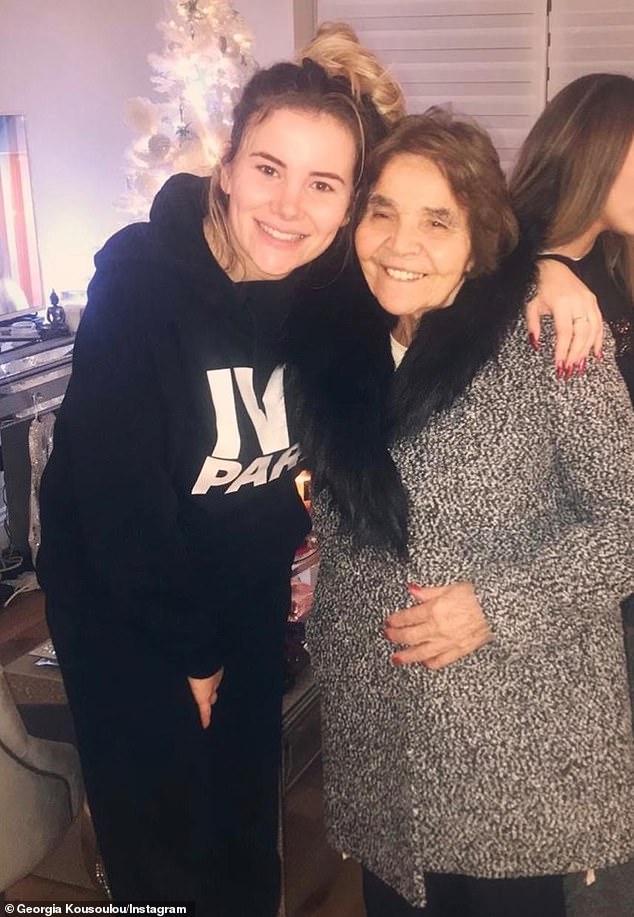 ‘It’s not a normal thing to deal with’: TOWIE star Georgia Kousoulou has spoken of her sadness over her grandmother’s on-going battle with dementia

Georgia continued: ‘The person is there, so you’re trying to get your mind around the fact they’re there but their mind has gone. Dementia is a massive thing in my family.

‘My mum’s Nan had it and my Greek Nan has got it now, she’s actually in a home and it’s the saddest thing.

‘It’s not a normal thing to deal with. I have really struggled with my Nan having it.

‘She actually had Covid, she got tested for it but obviously she didn’t understand. It was so scary when we got the call but my Nan is a strong Greek woman and I hoped she would be all right.’ 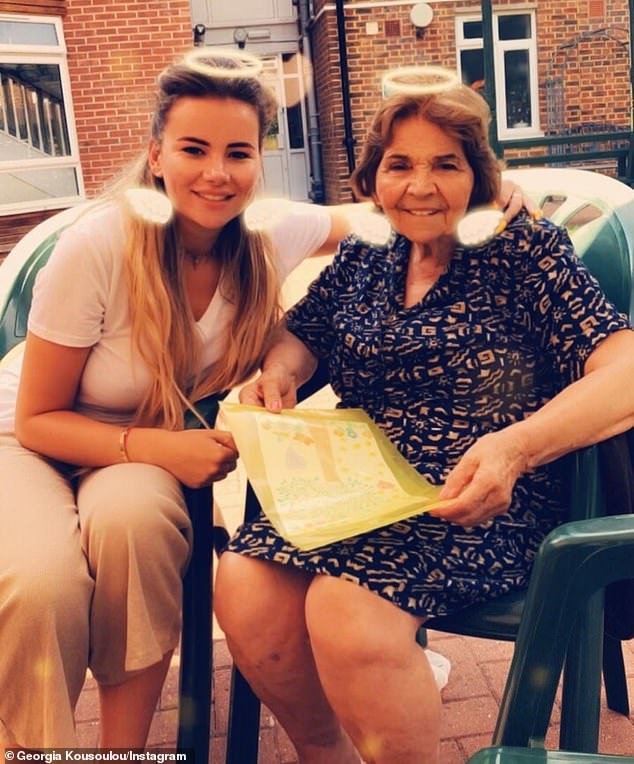 ‘Saddest thing’: Georgia told MailOnline she doesn’t know when she’ll be able to see her grandmother again after she tested positive for coronavirus while living in her care home

The reality TV favourite explained that her grandmother is from the Greek side of her family but she had to move back to the UK when her condition worsened and she became a threat to herself.

Georgia, who’s an ambassador for Dementia UK’s Lives on Hold campaign, said: ‘She lived in Cyprus but her dementia got so bad.

‘We got her a care worker but she kept accusing them of stealing and she became a nightmare to deal with, they all left and no one could work with her because she didn’t understand, bless her.

‘She started doing dangerous things like she kept walking out of her house and getting lost and leaving the gas on.

‘My family decided to bring her back to England and now she’s in a care home in London but the problem is I haven’t seen her for months. 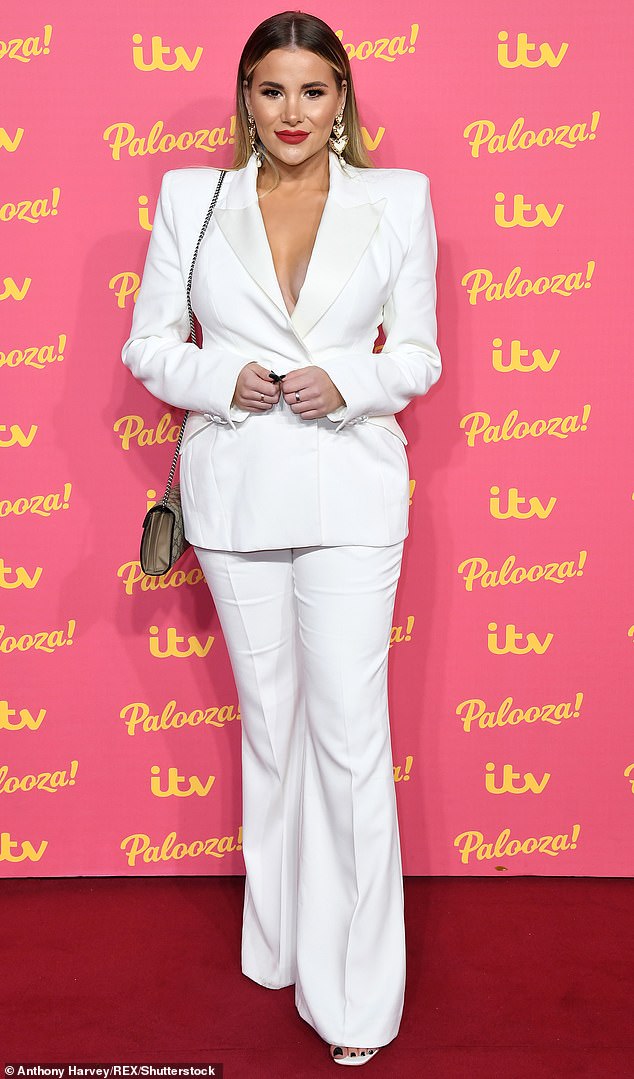 ‘Her dementia got so bad’: Georgia explained that her grandmother moved from her home in Cyprus back to the UK when her condition worsened and she became a threat to herself

‘I try to see her at least twice a month on the weekends and sometimes more but now it’s been months and months and by the time I go there she definitely won’t… you know it gets harder and harder.

‘I’m scared and anxious to go and see her but obviously I want to see her too.’

The TOWIE star wanted to thank NHS staff and care workers for their dedication during the pandemic to patients like her grandmother, who’ve been cut off from their loved ones in order to stay safe.

She said: ‘Seeing the nurses with my Nan – they have taken time out of their days to call my dad on FaceTime, they don’t have to do that they’re busy enough.

‘But they’re superheroes, they’re incredibly caring people to do the jobs they do and I can’t thank them enough.’ 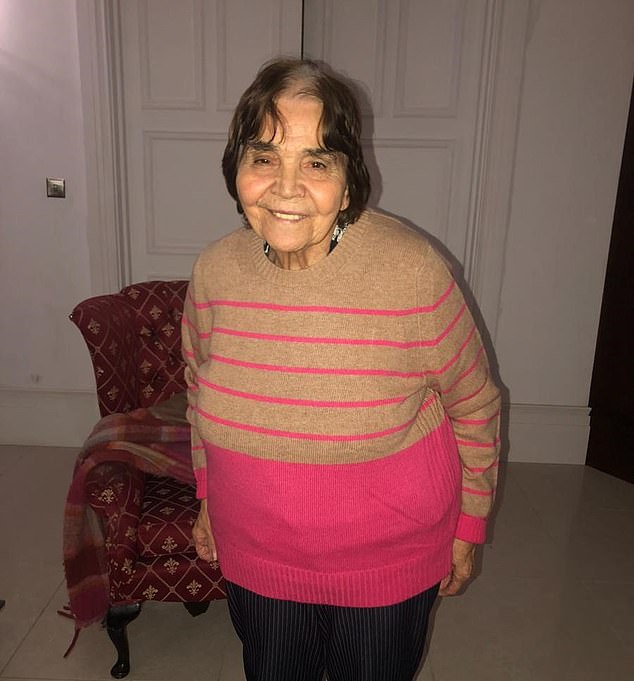 ‘They’re superheroes’: Georgia wanted to thank care workers for their dedication during the pandemic to her grandmother (pictured), who’ve been cut off from their loved ones

Loading...
Newer Post
Princess Margaret’s lady-in-waiting says royal 'didn't believe in divorce': 'She had no choice'
Older Post
How to get rid of visceral fat: One of the best exercises to help you burn belly fat

How to live longer: The seven steps you should take to boost longevity 0

Dementia warning: The eight early warning signs to spot according to an expert 0