By Deirdre Simonds For Dailymail.com

Timothée Chalamet and Eiza Gonzalez packed on the PDA during their loved-up vacation to Cabo San Lucas, Mexico over the weekend.

The 24-year-old Lady Bird star couldn’t keep his eyes off the Baby Driver actress, 30, who commanded her man’s attention in an electric cobalt bikini.

As the new couple soaked in the glorious weather, Eiza wrapped her arms around Timothée, as he gently leaned on her shoulder. 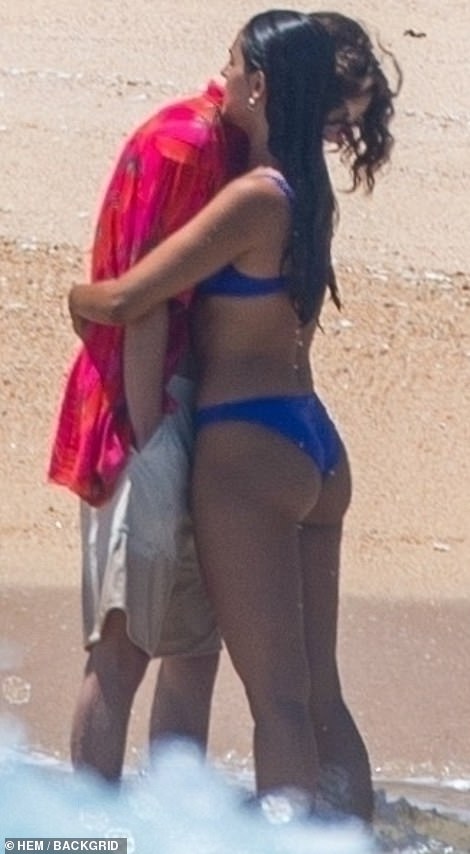 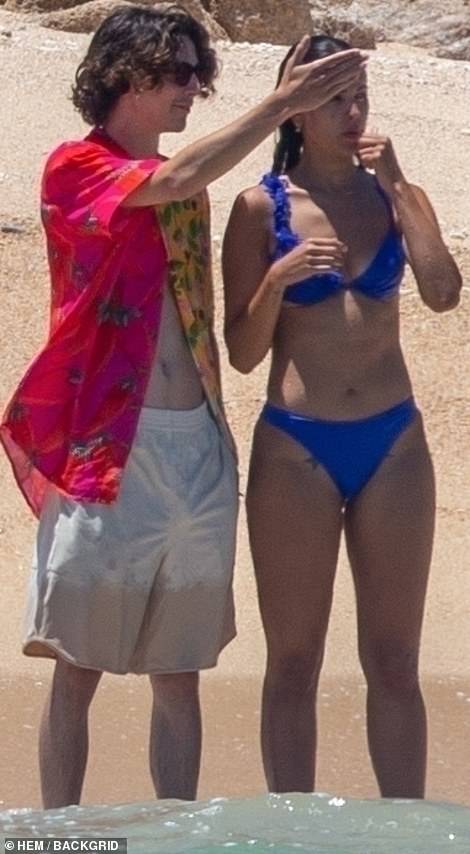 Lovebirds: Timothée Chalamet and Eiza Gonzalez packed on the PDA during their loved-up vacation to Cabo San Lucas, Mexico over the weekend

While staring at the sea with their toes in the sand, the lovebirds appeared lost in conversation, before the Mexican bombshell ventured further into the water.

She documented the moment with a few solo selfies of herself with her wet tresses slicked back and one hand behind her head.

While Gonzalez put her taut midriff on full display in her effortlessly stylish swimsuit, Chalamet opted to wear a patterned half-buttoned shirt and a pair of ivory board shorts. 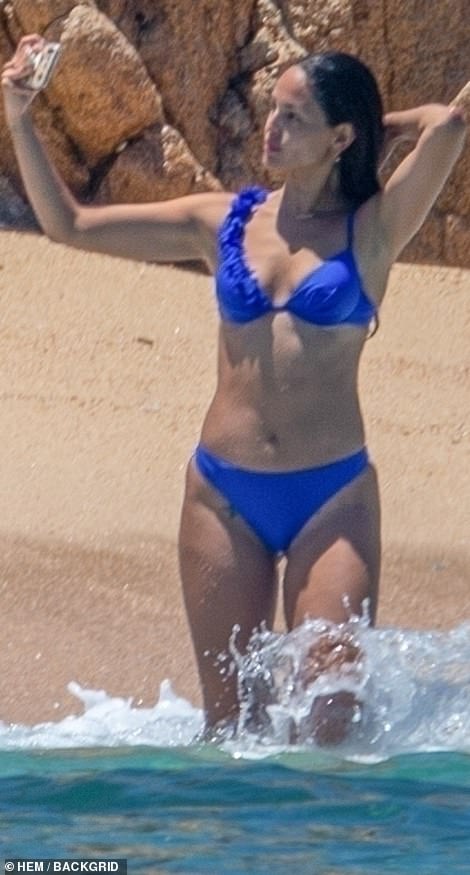 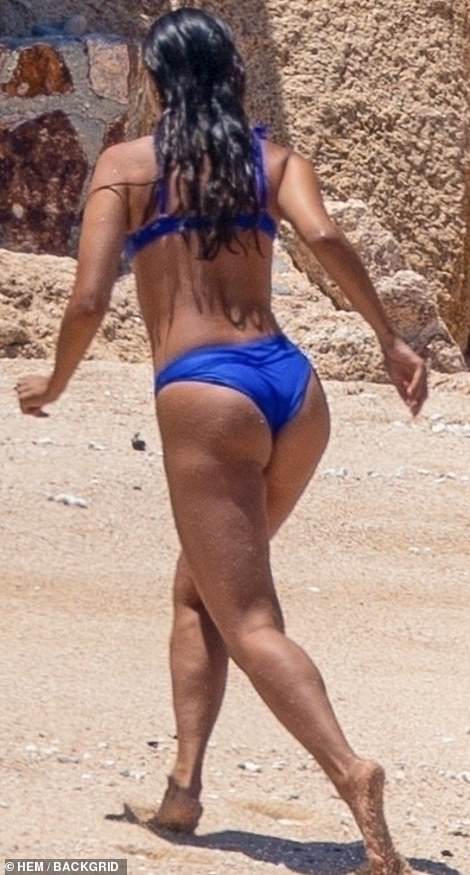 Selfie time! The actress snapped away on her phone while wearing a bright bikini 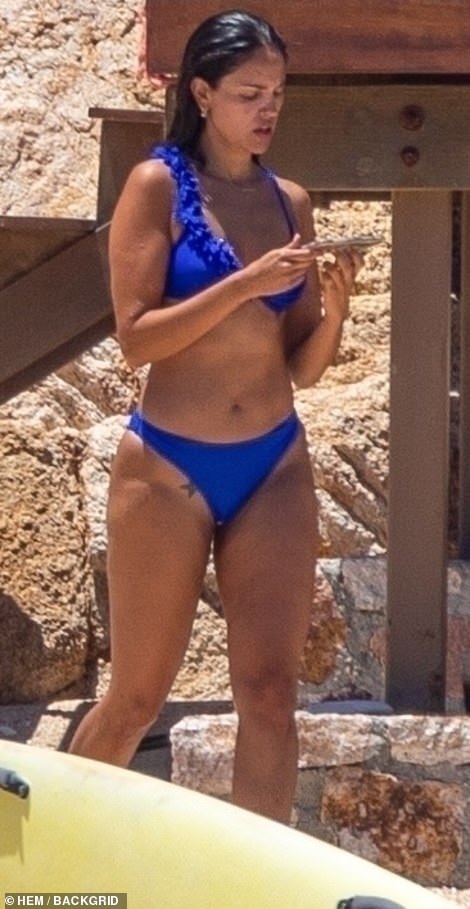 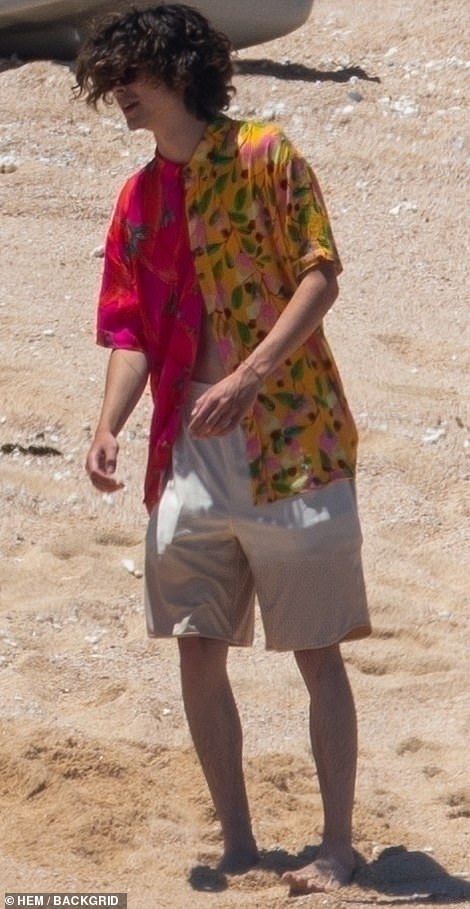 As his new romance appeared to be heating up, the Academy Award nominee grinned and stayed close to Gonzalez.

The pair’s budding relationship marks his first, since splitting from model Lily-Rose Depp.

News of the breakup emerged in late April, after The Lady Bird actor was noted as being ‘single’ in his British Vogue May 2020 feature. 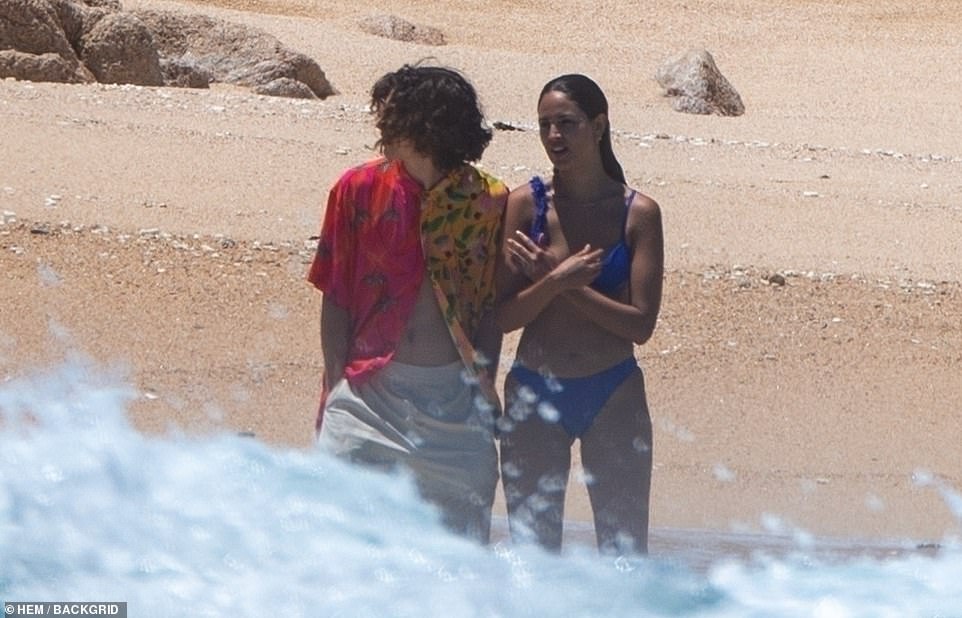 Fledgling romance: While staring at the sea along the shoreline, the lovebirds appeared lost in conversation 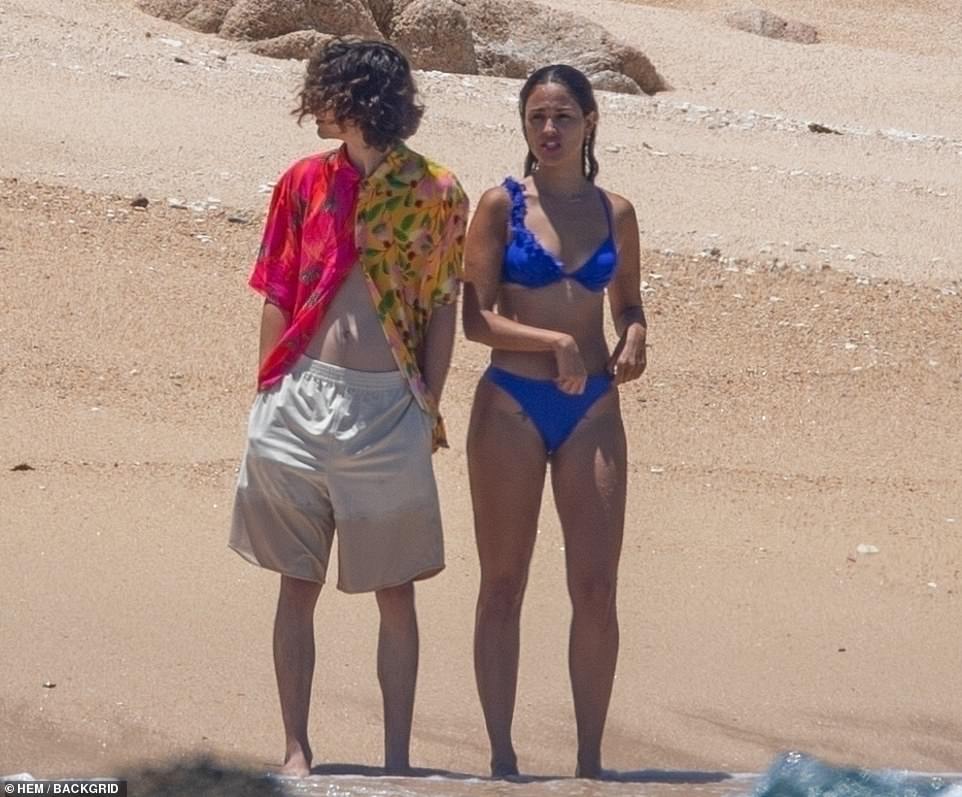 Enjoying the view: They’ve sparked headlines all week for getting cozy all week during their steamy summer vacation

Timothee and Lily-Rose met on the set of Netflix’s The King, where the celebrity offspring played his on-screen wife, Catherine of Valois, and he played King Henry V.

The last time the pair were publicly spotted together was in October 2019, after first swirling romance rumors at the end of 2018.

Selena Gomez appears with her dogs for her brand Rare Beauty: 'Our products will be 100% vegan' 0

How to live longer: Diet shown to burn fat, improve heart health and to boost longevity 0