This Morning descended into chaos on Thursday after a series of awkward video mistakes and graphic gaffes.     Actor Luke Evans joined Holly Willou


This Morning descended into chaos on Thursday after a series of awkward video mistakes and graphic gaffes.

The hosts promised fans a sneak peek at the three-part true crime special, but what aired instead was a clip of the hunky Welshman, 41, as Gaston in Disney’s Beauty and the Beast. 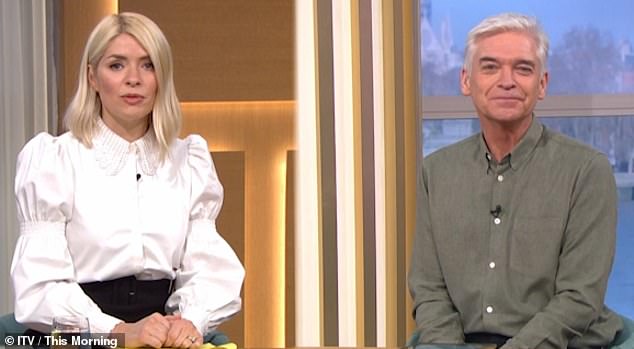 Oops! This Morning descended into chaos on Thursday after a series of awkward video mistakes and graphic gaffes 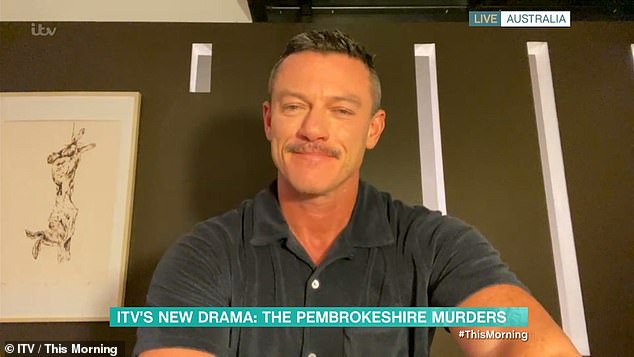 The presenters were quick to admit 18th century France felt a bit different from Wales in the 1980s.

‘That is obviously not The Pembrokeshire Murders,’ remarked a bemused Holly.

And Phillip joked: ‘I don’t remember it like that!’

In another incident, Holly and Phil teased an upcoming segment with A Discovery of Witches star Tom Hughes. 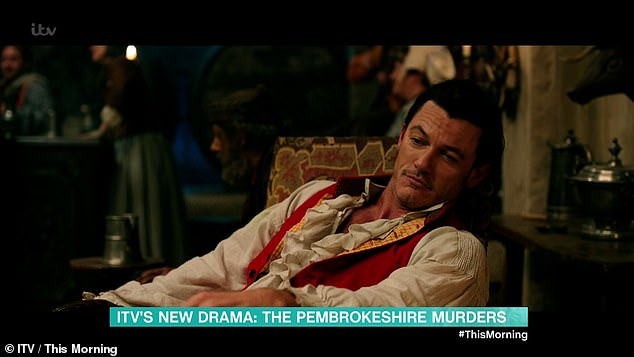 Awkward: Instead of airing a trailer for the detective drama, This Morning featured a clip of the West End veteran in Disney’s Beauty and the Beast 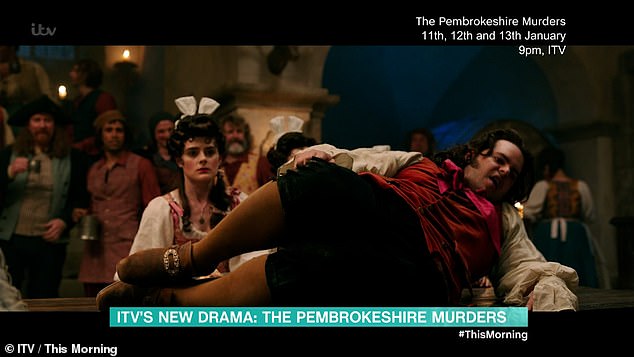 No one solves crime like Gaston? Luke played the chiseled villain in the 2017 live action film, but that’s not what he was on the show to discuss

A picture of the actor in Victoria flashed briefly, before the screen switched to a video of hoovers at work.

It quickly became clear that the carpet cleaning clip was intended for a later segment about household gadgets.

In a third slip-up, an eagle-eyed fan spotted an error in a graphic of the programme’s schedule. 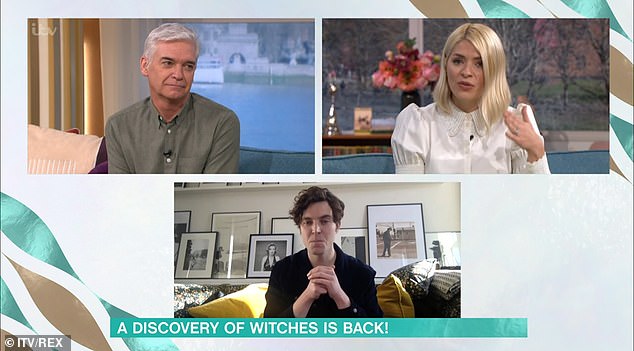 That’s not Tom! This Morning accidentally aired video of a hoover instead of a clip of A Discovery of Witches star Tom Hughes 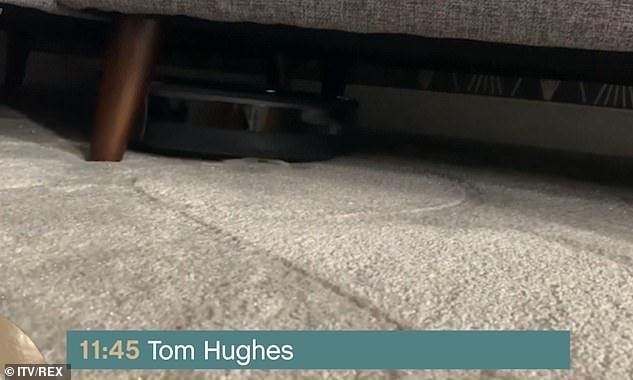 Tidying up: The carpet cleaner was meant for a segment on household gadgets 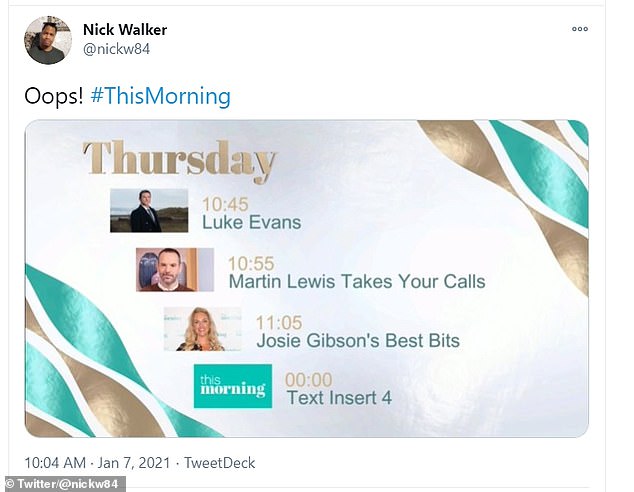 ‘It was at hour 10 of watching Josie Gibson’s Best Bits where I started to think, ‘hang on, something’s not right here’,’ joked the viewer.

The Pembrokeshire Murders, premiering on ITV at 9pm on Monday, January 11, is based on an incredible true tale.

The actor told Holly and Phil working on the series gave him a newfound appreciation for policing. 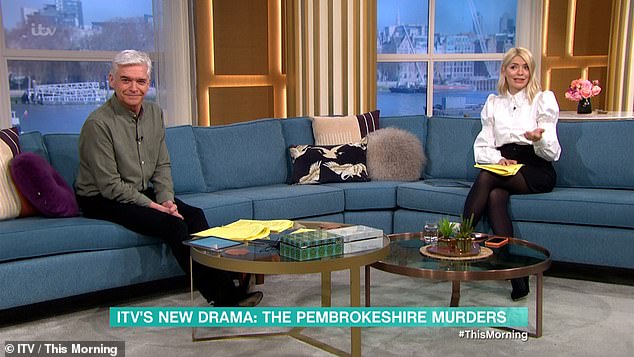 Laugh it off: Phillip and Holly made light of the comedy of errors on the programme

He said: ‘[DCI Wilkins is] a hero and it gave me such admiration for our police force and the true determination how they were able to find the murderer with no evidence.’

He added: ‘It does make you realise that cold cases… the investigative team went sift through the evidence so many times and the courage of this covert team led by the character I’m playing.

‘It gives me such admiration for his hunch he had and sifting through all this evidence and paperwork and to catch the man as they do is amazing.’ 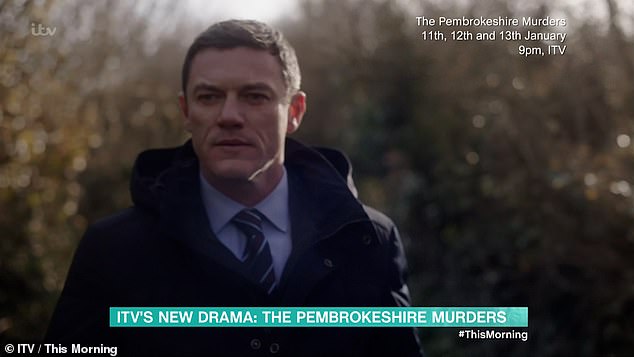 Unsolved for decades: Luke said working on the project gave him a newfound appreciation for police work.

‘It was a gift I would never forget. I landed in Australia, summer had just begun, we lived in Byron Bay, when I had days off I was on the beach, Australia had very few cases of Covid.

‘I feel very lucky to be here, that’s why I’m still here in January even though I wrapped in December!’

And if the mistaken clip made fans wistful for a Gaston reprise, Luke had good news for them, too: a prequel is en route, though he stayed mum about the details.

He teased: ‘[It’s] an origin story of Disney’s most loved and hated villains, Gaston and LeFou. There’s going to be in new songs in it… we are very excited about it but that’s all I can tell you about it.’ 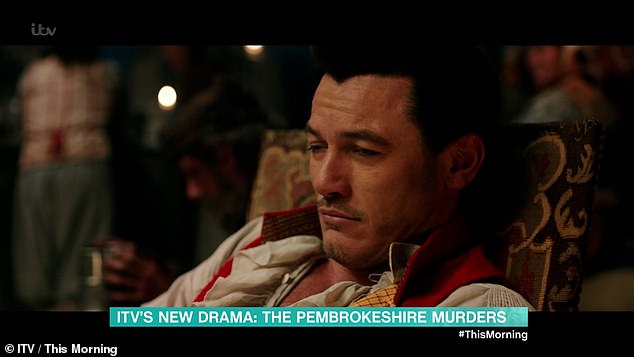 Beauty and the prequel: Luke teased a reprisal of his musical role in an upcoming film featuring new songs

Kate Hudson goofs around with daughter Rani Rose, 2, while eating breakfast: 'I love my eggs!' 0

Lauryn Goodman takes her son, 11 months, for a stroll after revealing she named him Kairo 0