Baby joy! The Proposal's Jess Nooy welcomes a little boy with her fiancé Nathan Parks and they give their son a very unique nameBy Jad

Blake Shelton says he, ‘an Okie boy,’ and ‘California girl’ Gwen Stefani seem like ‘an unlikely match’
Bachelor Locky Gilbert's bad boy past: Claims he 'ghosted' ex-lovers and only wants fame
Dermot O'Leary picks up his wife Dee Koppang from the hospital after welcoming a baby boy


Baby joy! The Proposal’s Jess Nooy welcomes a little boy with her fiancé Nathan Parks and they give their son a very unique name

The Proposal star Jess Nooy has welcomed a baby boy with her fiance Nathan Parks.

The reality stars – who found love with one another on the show last year – announced the happy news on Sunday night. 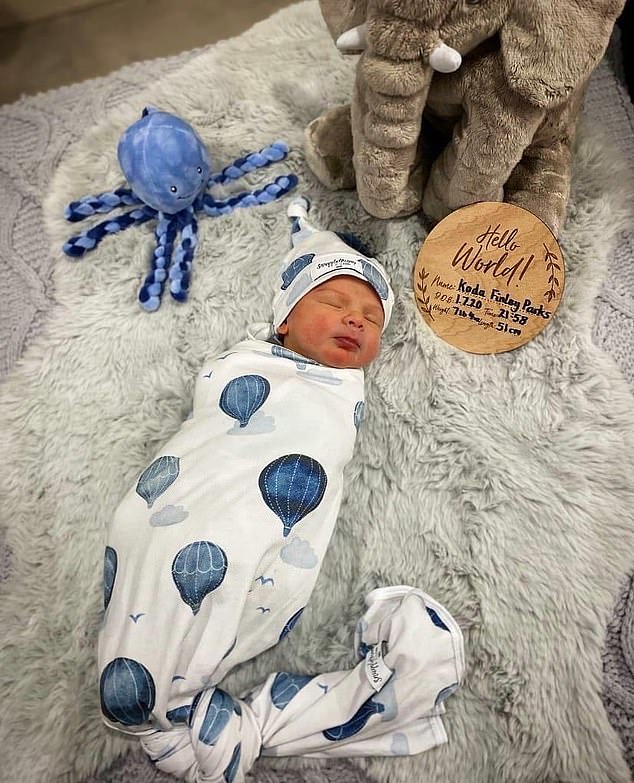 Baby joy! The Proposal star Jess Nooy has welcomed a baby boy with her fiance Nathan Parks. The reality stars – who found love with one another on the show last year – announced the happy news on Sunday night

‘We are thrilled to announce the long but safe arrival of our precious little boy “Koda Finley Parks”.

‘Jess was absolutely inspirational throughout & I am taken back by how brave she was & how proud she has made me by bringing our little boy safely into this world. Both Mum and bubs are home & well!’ a statement written by Nathan and posted on Jess’s page read.

Nathan added that Koda arrived on the first of this month at around 10pm. The couple’s tiny bundle of joy weighed in at 7lb4oz and measured 51cm. 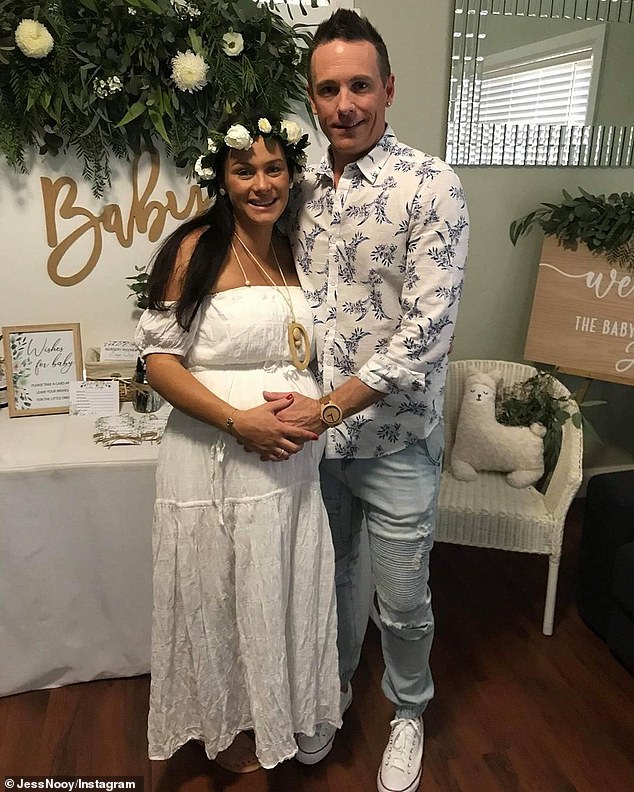 Happy ending: The couple found love with one another on the show last year

The reality star – who found love with Nathan Parks on The Proposal last year – put emphasis on her bare tummy as she covered her modesty with her hands in the image.

‘Just under 4 weeks to go & counting until we finally get to meet you little one,’ the expectant mother added a doting caption. 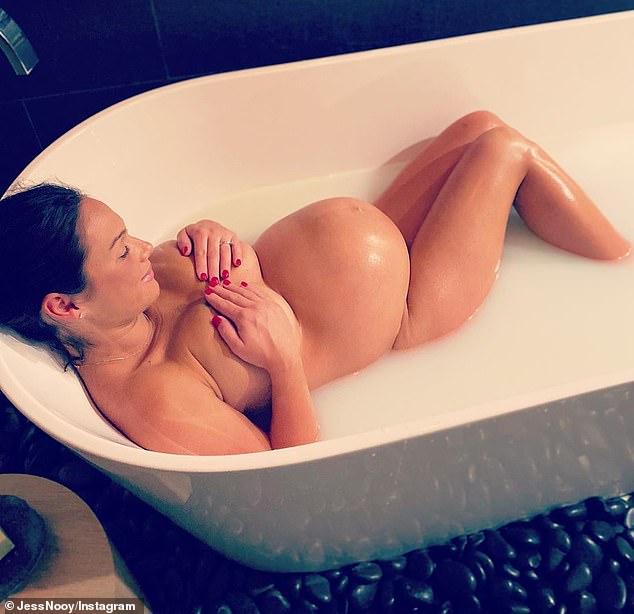 Ready to pop: Last month, Jess flaunted her bump in a bathtub snap

’36 yrs old & 36 weeks pregnant,’ the glowing brunette – who is due in July and is expecting a boy – added to the picture, in which she was seen enjoying a relaxing bubble bath.

Earlier this month, Jess shared on Instagram that her fiance Nathan and sister-in-law surprised her with an epic baby shower.

Images saw Jess looking radiant in an off-the-shoulder white dress as she was spoilt with high tea, yummy treats and games.

‘It will be a day I’ll never forget! I was so overwhelmed & emotional. They were all there waiting on the front lawn to surprise me!’ she told her followers in the post.

Jess first announced she and Nathan were expecting in December – nine months after meeting on The Proposal.

She wrote that they were ‘so pleased and excited to announce’ the news that their first child is on the way.

In October, Paramedic Nathan, 40, popped the question for a second time to mother-of-two Jess by the beach at sunset.

Sharing photos of the special moment to Instagram, Jess wrote: ‘If once wasn’t enough… then twice it was.’ 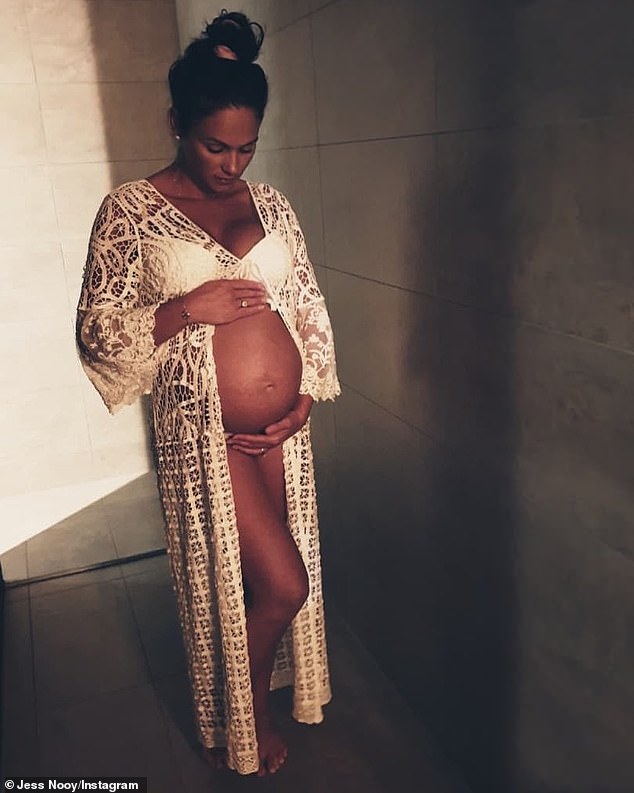 Growing family: The brunette also has two children from a previous relationship

‘On bended knee, on the sand, by candlelight, overlooking the ocean, after the most beautiful sunset, on the most perfect night, he asked again…

‘And of course once again, I said YES!’

The couple were featured in the first episode of The Proposal, which failed to impress audiences, pulling in just 307,000 metro viewers.

The show saw contestants compete in pageant-style rounds in a bid to win the heart of an eligible suitor, before proposing in front of an audience. 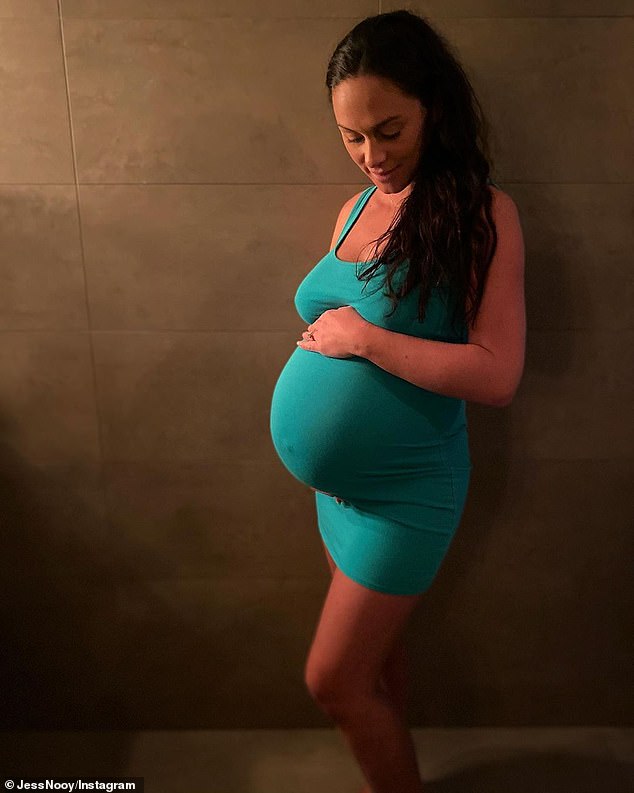 ‘Pleased and excited’: Jess first announced she and Nathan were expecting in December – nine months after meeting on The Proposal

Bengals should let Auden Tate seek 'opportunities elsewhere' if they're not going to use him, agent says 0

Live updates from the 2020 Emmys including winners, big moments and best speeches 0

Daughter of slain NYPD officer shares powerful message: 'They bleed just like the rest of us' 0