The Batman director Matt Reeves shares first look at the film's logo and artwork with fans... amid claims that 'production will resume

The Batman director Matt Reeves revealed the official logo for his take on the Caped Crusader on Thursday.

Taking to Twitter,  the director, 54, shared the first look at the superhero film’s new logo as well as artwork of Robert Pattinson in the title role.

Reeves also teased the potential for more reveals at DC FanDome, which is set to take place on Saturday, as he shared the logo which had a bat symbol engraved over the name of Bruce Wayne’s alter-ego. 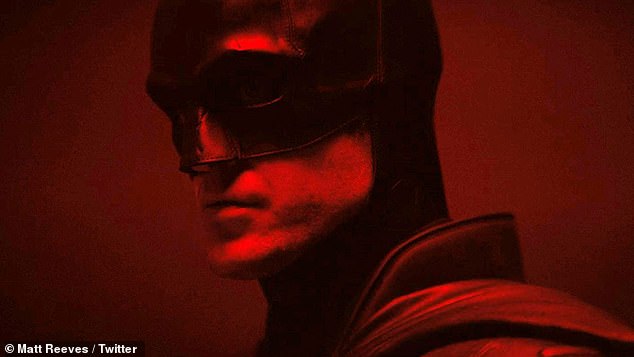 Tease: The Batman director Matt Reeves shared a first look at the film’s logo and artwork with fans on Thursday… amid claims that ‘production will resume on the flick in September’

The artwork saw a brooding Batman watch over the city of Gotham from a high vantage point while bathed in black and red.

A full look at the character’s batsuit could also be seen in the artwork, which was made by comic book artist Jim Lee who is also the Publisher and Chief Creative Officer of DC Comics.

Matt gushed about the new imagery in his caption: ‘Excited to share the very first look at our official #TheBatman logo, and some very cool additional #DCFanDome artwork by the amazing @jimlee.’

He then teased: ‘see more of #TheBatman at the #DCFanDome global event in the Hall of Heroes this Saturday, 8/22! #TheBatman #DCFanDome #ForTheFans (sic).’ 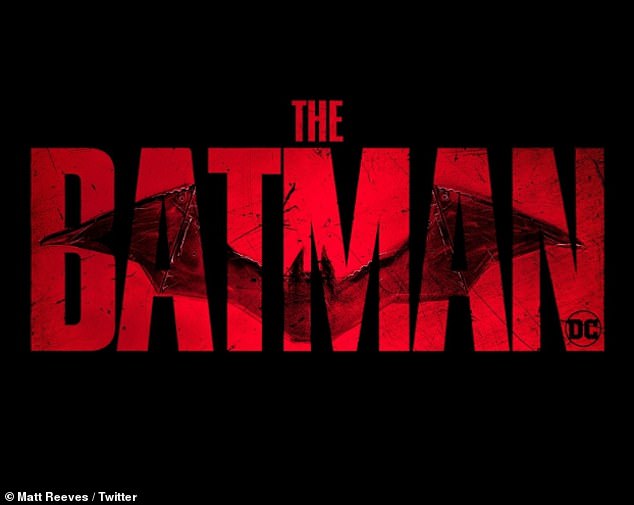 Exciting: The logo featured a bat symbol engraved over the name of Bruce Wayne’s alter-ego 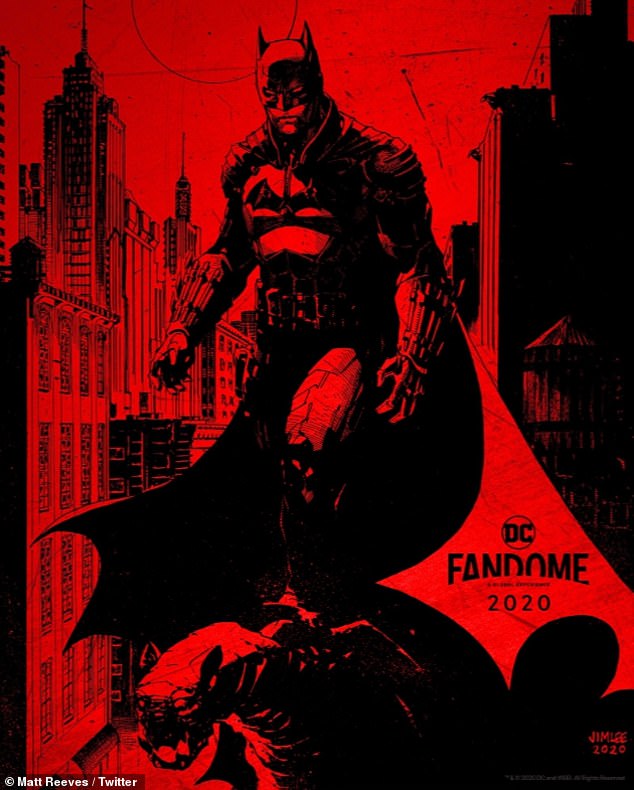 Wow! The artwork of Batman by Jim Lee saw the brooding superhero watch over the city of Gotham from a high vantage point while bathed in black and red

The director’s post comes after it was claimed on Wednesday that production would resume on The Batman in September, it was reported by Variety.

According to the publication cameras will begin to roll at the beginning of the month in Warner Bros. Studios in Leavesden, after filming came to a halt in March due to the coronavirus pandemic.

Reeves’ take on the caped crusader, which stars Robert Pattinson in the title role, was nearly seven weeks into its filming schedule in London at the time of its hiatus, meaning there is reportedly three months of material left to shoot.

Busy schedule: The director’s post comes after it was claimed on Wednesday that production would resume on The Batman in September

It was claimed that because of this the film could finish filming by the end of the year, but it is yet to be seen if that will be the case.

The publication also reported that crews have been busy building new sets for the comic book film throughout August, so that they will be ready in time for filming to begin again next month.

MailOnline contacted Warner Bros’ representatives for comment at the time.

The Batman’s release date was delayed until October 2021, after production was halted on March 14 due to the global pandemic.

Earlier this year director Reeves confirmed production on The Batman was being put on hiatus for the foreseeable future.

Warner Bros originally said it was taking a ‘two-week hiatus’ due to the coronavirus pandemic, and Matt confirmed that filming was paused for the time being.

‘Yes, we have shut down till it is safe for us all to resume,’ he stated in a tweet, before the Hollywood blockbuster was bumped back. 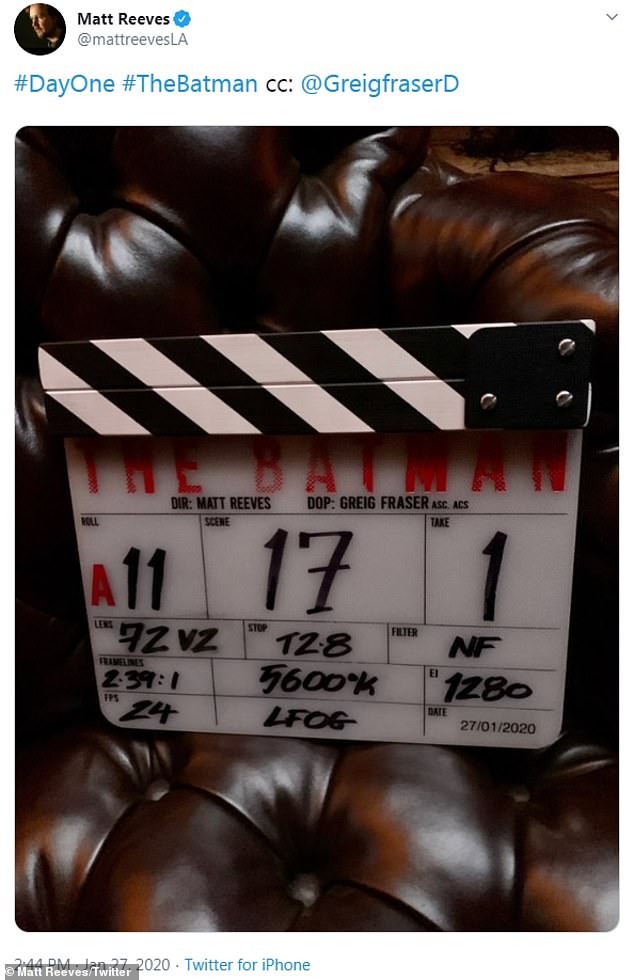 On hold: Earlier this year director Reeves confirmed production on The Batman was being put on hiatus for the foreseeable future

Filming had initially been relocated from London to Liverpool before being halted altogether.

A statement at the time read: ‘Warner Bros. Pictures feature production of ‘The Batman’ will be on a two-week hiatus starting today. The studio will continue to monitor the situation closely.’ 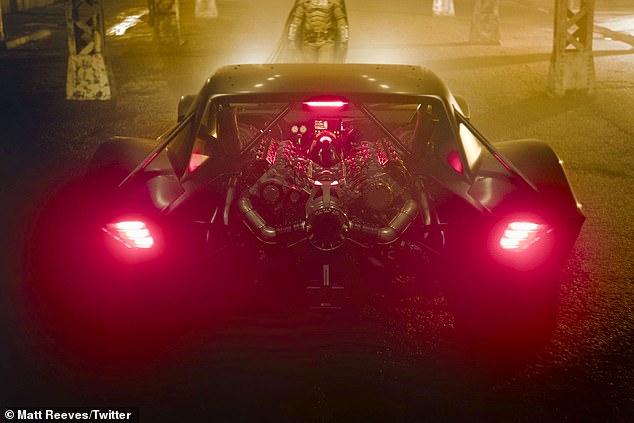 Hiatus: Warner Bros originally said it was taking a ‘two-week hiatus’ due to the coronavirus pandemic, and the film’s release date was moved to October 2021

Ruth Bader Ginsburg mourned by top US military officer: 'A great loss for the country' 0