The Bachelorette's Angie Kent appears to have had cheek filler

What has she done to her face? The Bachelorette's Angie Kent flaunts her noticeably puffy cheeks as she's spotted for the first time s


What has she done to her face? The Bachelorette’s Angie Kent flaunts her noticeably puffy cheeks as she’s spotted for the first time since her rumoured split with Carlin Sterritt

Australian celebrities couldn’t wait to top up their Botox and filler as soon as beauty clinics began re-opening earlier this month.

And it seems The Bachelorette’s Angie Kent may have indulged in a bit of cheek filler to celebrate coronavirus lockdowns being lifted.

The 30-year-old reality star, who is rumoured to have recently split from boyfriend Carlin Sterritt, displayed noticeably puffy features while stepping out on the Gold Coast on Sunday. 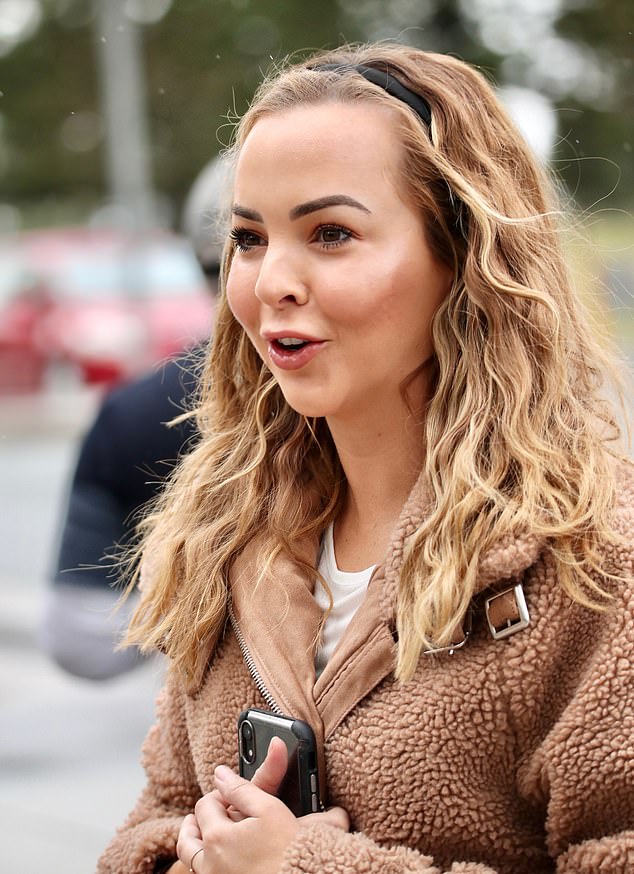 A little top-up? It seems The Bachelorette’s Angie Kent may have indulged in a bit of cheek filler, as she was spotted looking puffy-faced on the Gold Coast on Sunday

Angie’s cheeks may have looked prominent due to her having had dermal filler only recently, as it can take several weeks for the cheeks to settle.

If this is the case, her cheeks will soften out over the coming weeks and her face will return to a more natural look. 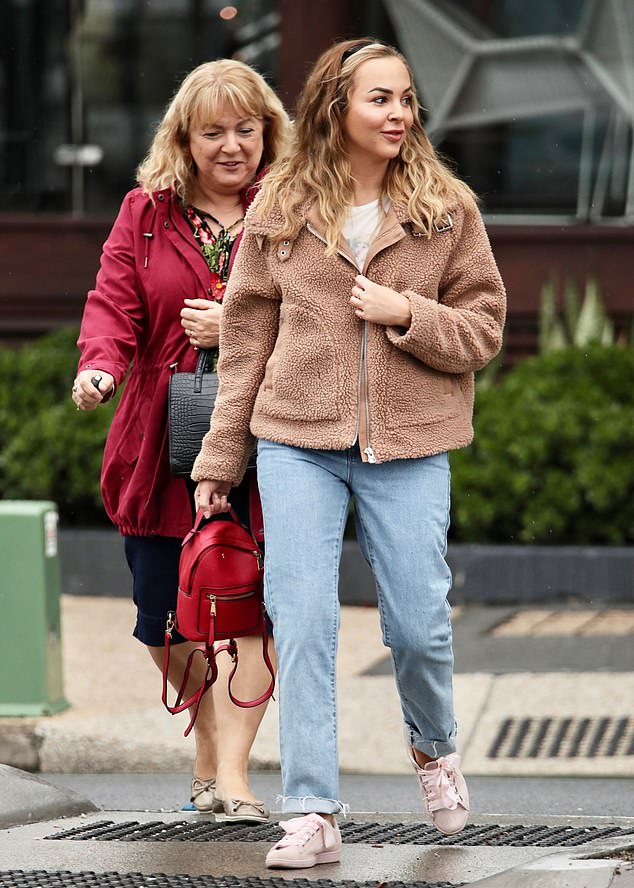 Stepping out: The 30-year-old reality star dressed stylishly for the outing in a beige coat, white T-shirt and jeans, and was also joined by her mother, Jane (left)

Angie has made no secret of the fact she has been using Botox and fillers for years.

‘They say it is a preventive. I just love it … just a little bit. You don’t need it often, maybe once every year,’ she told The Daily Telegraph last year.

‘I have got real everything but I look after my skin so I get a little bit of [Botox] and cheeky fillers.’

Meanwhile, she dressed stylishly for the outing in a beige coat, white T-shirt and jeans, and was also joined by her mother, Jane.

It comes amid rumours Angie has quietly split from Carlin Sterritt, her winning suitor from last year’s season of The Bachelorette.

Last Monday, fans noticed the pair had stopped following each other on Instagram.

At the time, Angie and Carlin denied reports they had broken up and she blamed the Instagram activity on a ‘glitch in the system’.

Despite their denials, the pair appear to be living very separate lives.

Angie is living in Queensland with her family, while Carlin is based in Sydney, where he has an apartment in the beachside suburb of Cronulla.

Andrew Neil net worth: The staggering amount presenter made at BBC 0

Khloé Kardashian says she is an 'adult' about co-parenting: 'Why make it difficult for myself?' 0