Studio 10 is forced to apologise after Lawrence Mooney segment

Studio 10 was forced to apologise on Thursday after a segment with comedian Lawrence Mooney went off the rails.

Lawrence appeared on the Channel 10 morning show as one of his comedic characters, Dutch TV critic Rudi Vanderstone.

He offered his brutal verdict on a variety of Australian TV shows, including Married At First Sight, Sunrise and even Studio 10. 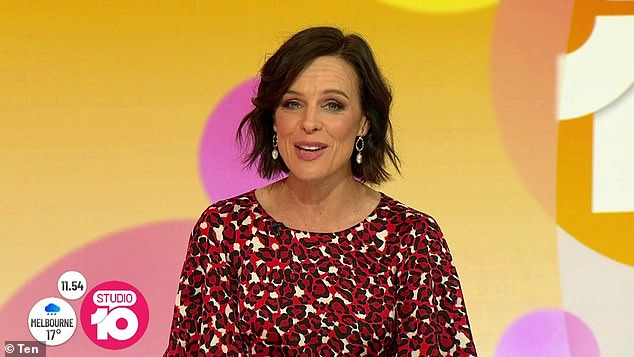 He said: ‘What’s not to love about MAFS? Real estate agents and beauticians falling in love under the auspices of alcohol to rub the inked skin together.

‘Most of the blokes on that show look like NRL players facing court charges. I mean, squeezing their necks into suits and ties. It is hilarious!’

Rudi also mocked newly-engaged Sunrise host Sam Armytage, saying her fiancé, Richard Lavender, ‘is yet to stand up after getting down on one knee’. 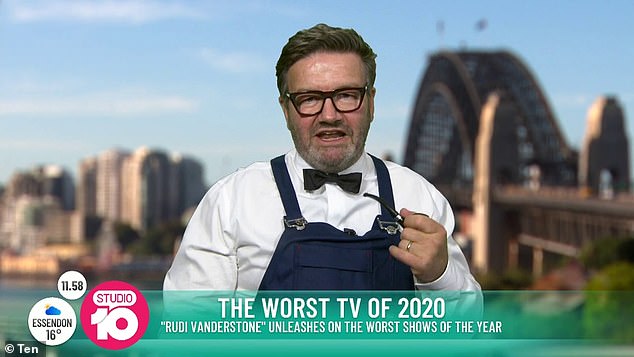 In character: Lawerence appeared on the Channel 10 morning show in character as mean TV critic Rudi Vanderstone to unleash his brutal verdict of the Australian programs such as MAFS and TV personalities including Samantha Armytage

But perhaps the most savage joke was when he shared his thoughts about Studio 10.

‘It’s great that there is a place on television where careers can go to die!’ Lawrence said, as the hosts laughed awkwardly.

‘I love to settle down in the morning with a cup of coffee to watch some slut shaming and casual racism. Nothing beats it.’ 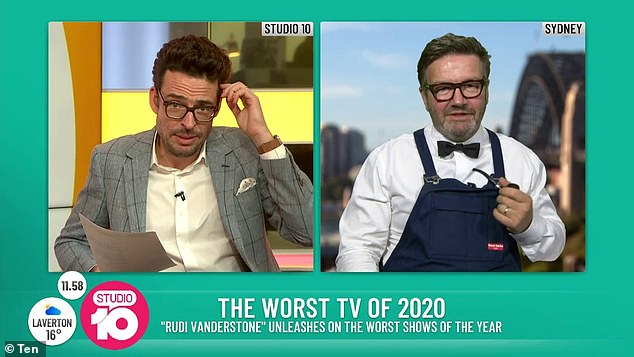 Brutal! But perhaps the most savage joke was when the fictitious TV critic shared his thoughts about Studio 10. He joked about the show, saying: ‘It’s great that there is a place on television where careers can go to die’ (Pictured L -R Joe Hildebrand with Rudi a.k.a Lawrence Mooney)

The joke about the show’s ‘casual racism’ did not go down with the panel, and journalist Natarsha Belling looked gobsmacked.

The segment was cut short, and Natarsha offered and an apology to their viewers once they returned from a commercial break.

‘We just need to apologise to our viewers for that offensive language in that last segment,’ she said

Studio 10 has made headlines in recent months after panelist Kerri-Anne Kennerley expressed views about Aboriginal people that some viewers construed as racist. 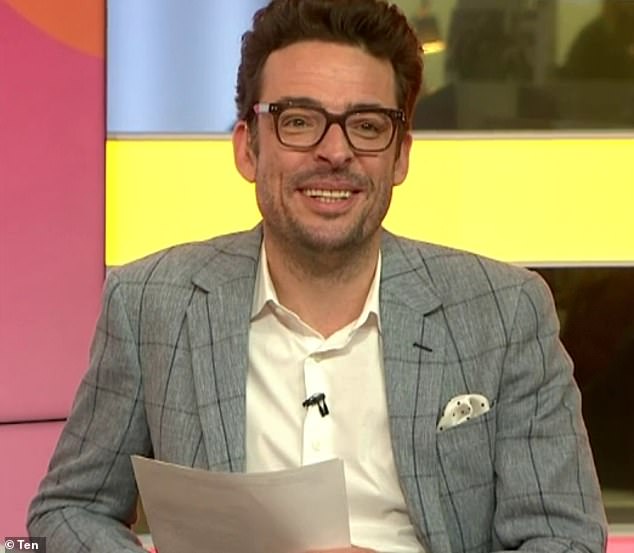 Just ordered a new Galaxy Watch? This is not the news you wanted to hear 0

Happy New Year in Hebrew: How to wish someone a happy Rosh Hashanah in Hebrew 0

Horoscope: Horoscopes for this week – read astrology forecast for your star sign now 0