TOTTENHAM could pick from a wealth of experienced candidates to replace the axed Mauricio Pochettino.

The Argentine was relieved of his duties by kingpin Daniel Levy on Tuesday night – and already the race to appoint a new boss has begun in North London.

Pochettino was furious that Tottenham failed to make a convincing bid for Philippe Coutinho in the summer and he has watched star playmaker Christian Eriksen go off the boil amid the Dane’s contract wrangle.

Even though Spurs are stuck in 14th place, there is a sense that the likes of Bayern Munich, Real Madrid and Manchester United are still all keen on the Argentine.

Ole Gunnar Solskjaer himself is under intense pressure at Old Trafford while Bayern have already sacked the struggling Niko Kovac.

RB Leipzig boss Julian Nagelsmann leads a four-man shortlist said to be drawn up by the north London club.

Mourinho and Ancelotti are also on their radar, as is Bournemouth’s Eddie Howe.

Announcing his decision in a club statement tonight, Levy said: “We were extremely reluctant to make this change and it is not a decision the Board has taken lightly, nor in haste.

“Regrettably domestic results at the end of last season and beginning of this season have been extremely disappointing.

“It falls to the Board to make the difficult decisions – this one made more so given the many memorable moments we have had with Mauricio and his coaching staff – but we do so in the Club’s best interests.

“Mauricio and his coaching staff will always be part of our history. I have the utmost admiration for the manner in which he dealt with the difficult times away from a home ground whilst we built the new stadium and for the warmth and positivity he brought to us.

“I should like to thank him and his coaching staff for all they have contributed. They will always be welcome here.

“We have a talented squad. We need to re-energise and look to deliver a positive season for our supporters.”


Boxing news LIVE – All the latest news and updates 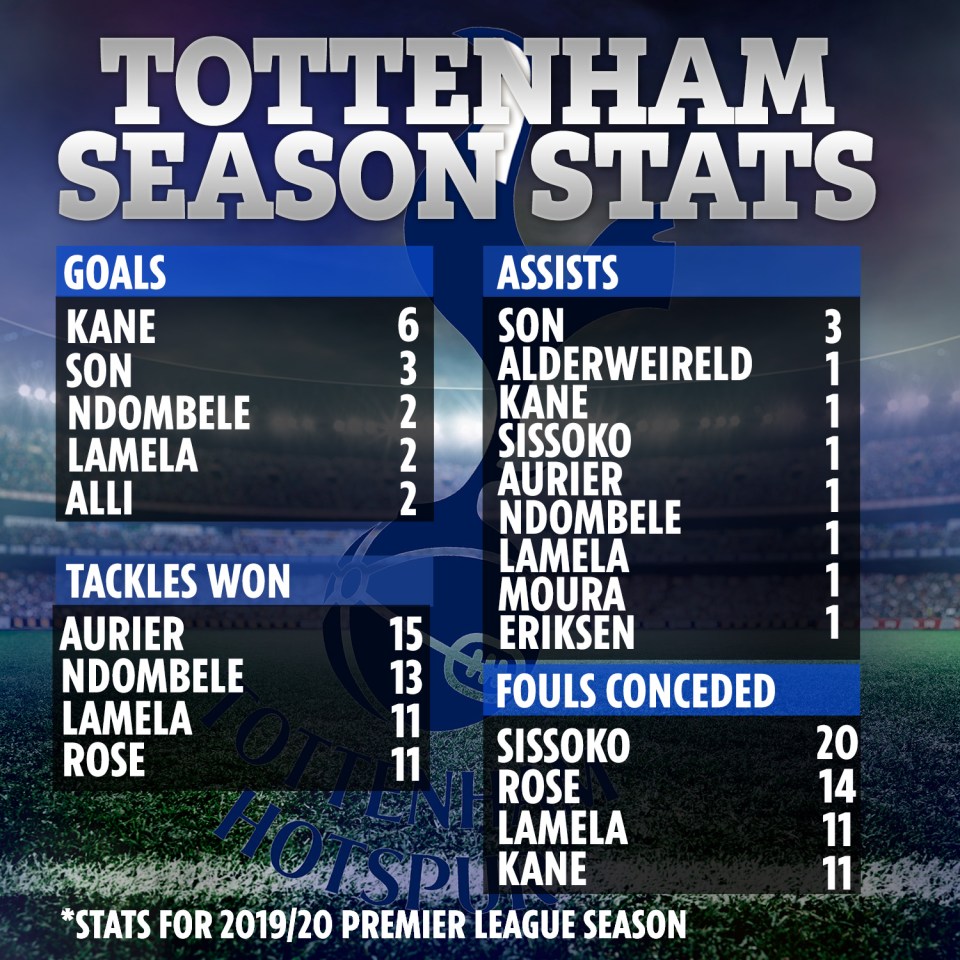 First look at Stavros Flatley’s Britain’s Got Talent The Champions final performance after they...

MANCHESTER UNITED’S search for January reinforcements rumbles on after an embarrassing 2-0 defeat at home to Burnley in midweek. The Bruno Fernandes saga has...

A FORMER flight attendant who attracted 78,000 followers thanks to her jet setting lifestyle has revealed she quit Emirates because the job was...

YOU just can’t beat the magic of the Cup. There’s a packed FA Cup fourth round schedule this weekend involving a number of lower...

CHRISTIAN ERIKSEN is on the verge of completing a £17million move to Inter Milan from Tottenham after agreeing hefty personal terms, according to...

Strictly’s Anton du Beke wants to dance with another man next...