Kylie Jenner puts on a very leggy display in knee-high boots and an oversized men's shirt
Scout Willis flaunts her taut midriff in red crop top and cowboy boots as she makes pit stop in LA
Myleene Klass opts for 'casual Fridays' in a white cami, joggers and punky boots

She’s arguably one of the biggest celebrities in Australia.

But despite her A-list status, Sophie Monk has never forgotten her down to earth side.

On Saturday, the 40-year-old was spotted smoking a cigarette in her dressing down and Ugg boots while on a smoke break in Sydney’s Leichhardt. 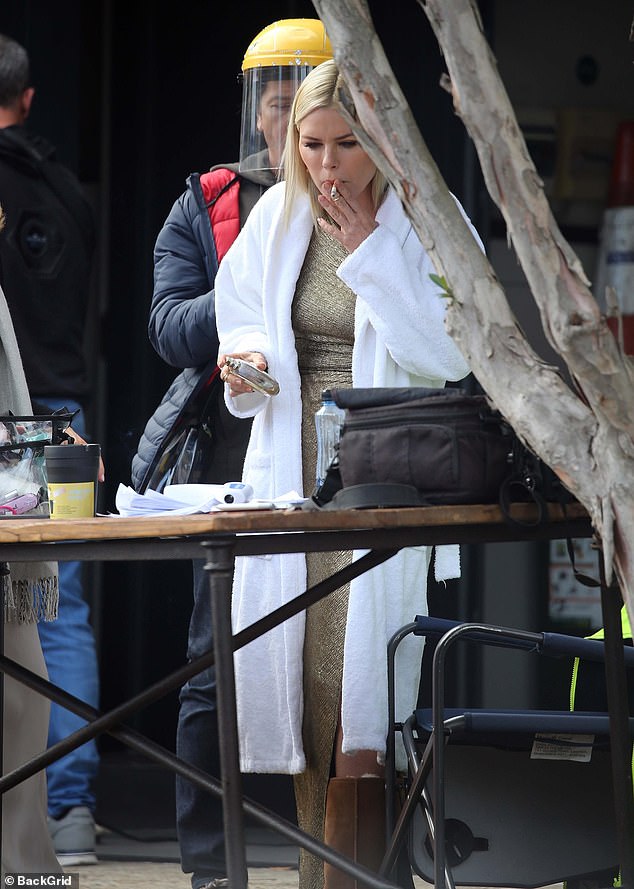 Puff puff: Sophie Monk was spotted smoking a cigarette in her dressing down and Ugg boots while on a smoke break in Sydney’s Leichhardt

The TV personality was on set filming a commercial with comedian Peter Helliar.

While Sophie got her nicotine fix, Peter was spotted chowing down on lunch.

At one point, he was seen holding a white piece of paper, which may have been the script for the commercial.

Underneath her dressing gown, Sophie was sporting a sparkly gold cocktail frock. 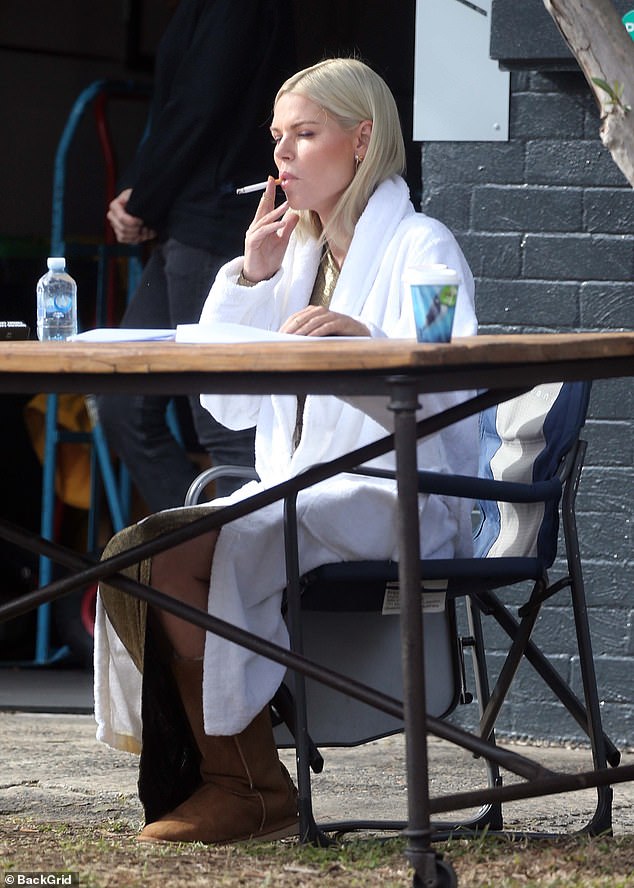 Smoking hot! Sophie gingerly lifted the cigarette up to her plump pout and took a puff 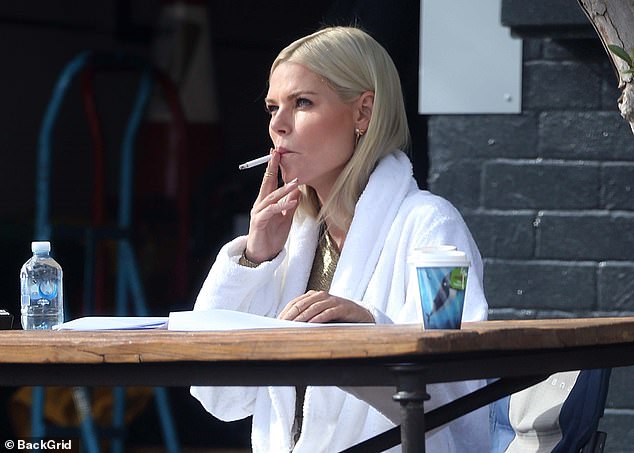 Quick fix: The blonde beauty looked relieved to have her nicotine fix for the day

Sophie has been busy filming commercials recently, with the Love Island Australia host recently teaming up with her boyfriend Joshua Gross to film an ad for Hello Fresh.

The ad has raised eyebrows due to the couple dropping several engagement hints in it.

In the commercial Sophie is seen whipping up some burgers from Hello Fresh.

Relaxed: The Love Island Australia host was dressed in a dressing gown and Ugg boots 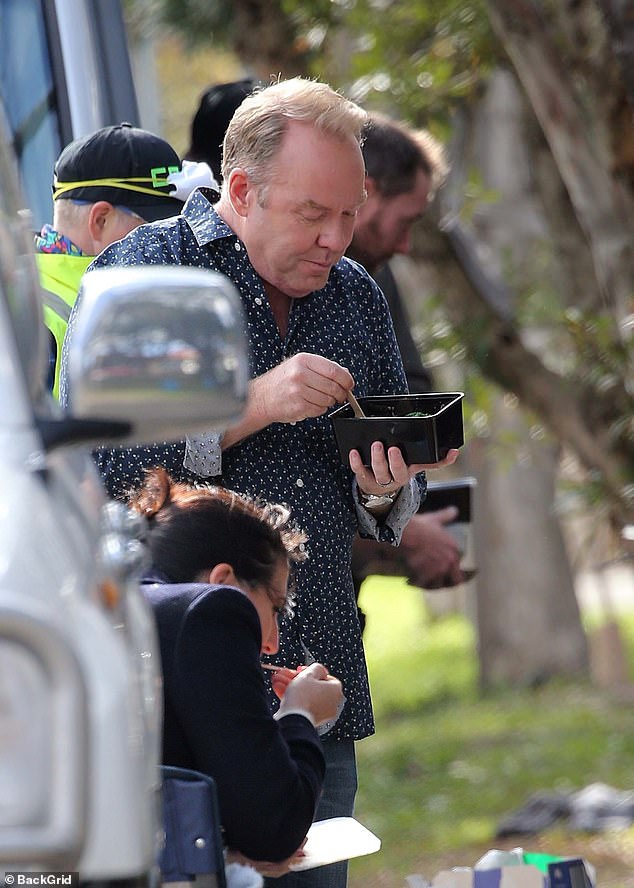 Lunch time! Comedian Peter Hellier grabbed lunch instead of a cigarette during the break 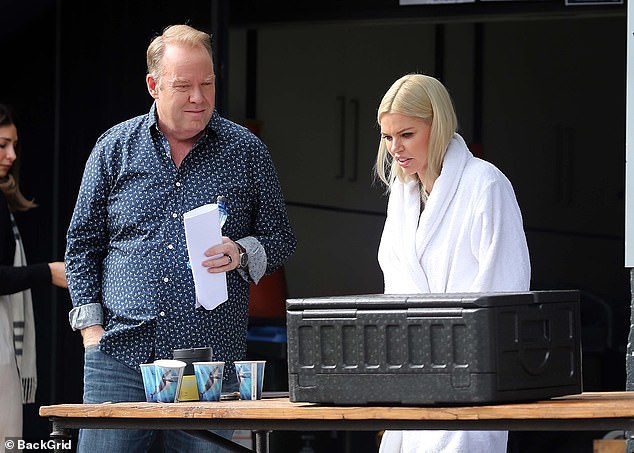 Working hard: The comedian and the TV personality were filming a commercial together

Once they are plated up, she exclaims: ‘My fiancé is gonna love this.’

Sophie’s hints come after the blonde beauty revealed earlier this month that she wants to be with Joshua ‘forever’.

‘I know I want to be with Josh forever,’ she told the Sun Herald before adding that there was no time frame on an engagement. 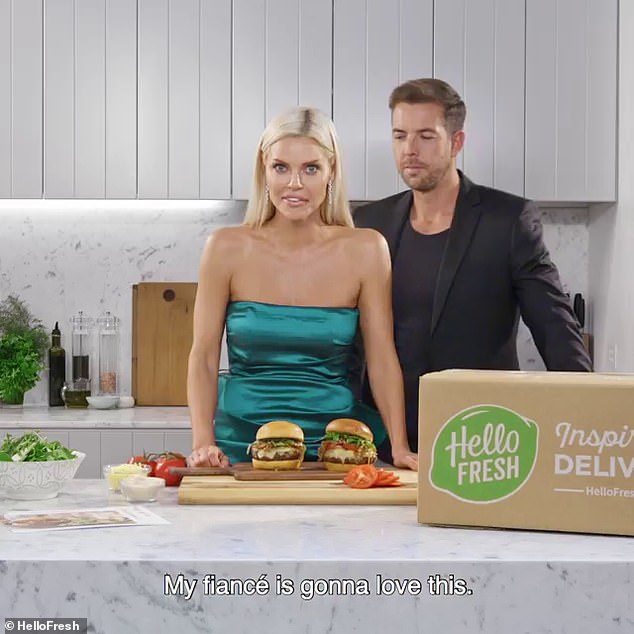 Something to tell us? Sophie Monk and boyfriend Joshua Gross recently dropped some engagement hints in a commercial for Hello Fresh

Sophie, Countess of Wessex made 'obvious' choice to be closer with children 0

Sally Pipes: Another coronavirus lockdown would hurt these patients and providers 0

Vitamin B12 deficiency: Do your feet feel like this? The ‘prickling’ pain to avoid 0

Molly-Mae Hague reveals she was called 'fat, shallow and useless' by a troll on Instagram 0