MANCHESTER UNITED chiefs are thought to still be behind manager Ole Gunnar Solskjaer – with the Norwegian set to be backed to rejuvenate his ailing squad.

The 46-year-old is believed to want six more signings to get his squad competing with the likes of Manchester City and Liverpool – which could leave a number of high profile stars facing the axe at Old Trafford.

The Red Devils’ latest setback saw them slump to a dismal 2-0 defeat at home to Burnley on Wednesday night, with fans showing clear unrest at the way things are going at the Theatre of Dreams.

Solskjaer will cull his squad to make room for new signings, with a number of high-profile first-teamers set to face the chop.

In the aftermath of the Burnley loss, the United boss told BT Sport: “We are looking to improve, we have got our targets.

“This is our second defeat at home and first since August. I thought we had turned that corner.

“We have started a clearout and now I am going to be answering these questions until [the window] closes. We are working on things.”

We take a look at who could be given the boot to make way for fresh talent.

While the Frenchman is not the main issue when it comes to how United have been performing, the constant saga regarding his future is a headache that the club could do without.

The 26-year-old divides many casual observers, but he remains one of the club’s best players when fully fit.

But with his contract due to expire in 18 months time, it is now a matter of when, not if, Pogba departs.

Solskjaer’s team have missed him this season though, and he will take some replacing when he does eventually leave.

One contender to replace his midfield creativity has been Bruno Fernandes – but talks over the 25-year-old have broken down, as SunSport yesterday revealed.

MAN UTD NEWS LIVE: Follow for all the latest on the Red Devils

It is incomprehensible to many how the Brazilian schemer gets so many games at the heart of the Manchester United midfield, but this has become the reality at Old Trafford.

Pereira has started 17 of United’s 24 league games this season and has become a first-team regular under Solskjaer.

But at 24, he is fast approaching the Jesse Lingard, “not as young as you think they are” territory, and it’s difficult to see what he offers the Red Devils in the middle of the pitch.

He was even offered as a makeweight to Sporting Lisbon for Bruno Fernandes, and he is a player that will surely become surplus to requirements. 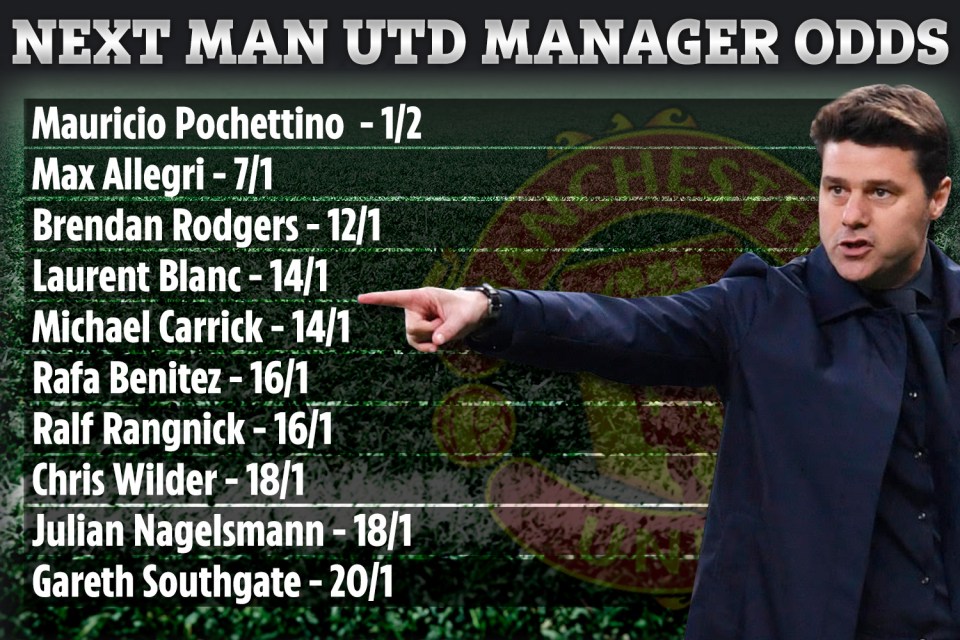 And speaking of Lingard, he is another that must leave Old Trafford, for his sake as well as United’s.

Now 27, the England international’s form has stagnated almost beyond repair at his boyhood club.

Without a Premier League goal or assist since 2018, he is clearly not contributing enough productivity when he features in that attacking midfield position.

It could even benefit the player himself to leave the club, as perhaps a change of scenery could jolt him into life.

If not, then his career could be heading rapidly downhill, as it’s difficult to think of any side in the Premier League that would field this current incarnation of Lingard.

Bailly has generally impressed in Manchester United’s defence when fielded.

The problem, however, is that he can’t be fielded very often.

The Ivorian’s time at Old Trafford has been blighted by injuries, with the latest – a knee problem sustained in pre-season – keeping the crocked defender out until last week.

With his deal having been set to expire at the end of the season, it is believed that United HAVE decided to trigger an option to extend his contract by two years.

But that could well be just to protect his value before moving him on in the summer and replacing him with somebody less injury-prone.

With Sir Alex Ferguson once hailing Jones as potentially United’s “best ever player”, back in 2011, there were high hopes for the defender signed from Blackburn Rovers.

But, largely due to various injuries, Jones hasn’t been able to live anywhere near up to those high expectations.

The 27-year-old is in fact seen predominantly as a complete liability now with fans scarcely believing that he has been kept around at Old Trafford.

Likely to be moved on to anyone that will take him.

Has enjoyed a mini-renaissance in the United first team of late, but only because of injuries to the likes of Paul Pogba and Scott McTominay.

The Serb does offer Solskjaer an out-and-out defensive shield at the base of the midfield.

But the common feeling is that the 31-year-old slows games down too much now, and isn’t the player that he once was at Chelsea.

Matic’s contract expires at the end of the season, with talks believed to have taken place with AC Milan over a potential summer switch.

First brought in by Louis van Gaal in 2014, it seems incredible that Argentine international Rojo is still at Old Trafford.

BEST OF THE REST

ED ON A PLATE


Don't blame Woodward for Man Utd woe.. Glazers and bosses have let him down

The Red Devils have tried time and time again to shift the 29-year-old, but still he sticks around.

Everton were interested last summer and talks are believed to have taken place with Fenerbahce as well this month.

United will be desperate to rid their wage bill of the £80,000 being shelled out for Rojo each week as they look to regenerate their side under Solskjaer.

Who is Bill Turnbull’s wife Sarah McCombie and how many children do they have?

Coronavirus outbreak: Can YOUR pet carry or spread coronavirus?

The rise of the non-alcoholic cocktail

Non-alcoholic cocktails aren't new. But with increasing alternatives to spirits, wine and beer, bartenders like Will Meredith at Lyaness bar in London see...

TWO quick-thinking passengers jumped from a Jeep seconds before a man drove it from the top of a six-level parking garage. While they made...

Why Georgia is Europe’s most underrated skiing destination

Who is Bill Turnbull’s wife Sarah McCombie and how many children do they have?

BILL Turnbull is well know for presenting breakfast TV. But just who is his wife Sarah McCombie? We take a look Bill raises three kids...

My boy was slaughtered by a online groomer – it’s time apps like TikTok...

BRECK Bednar was like any other teenager, impossible to tear away from his games console the moment he arrived home from school. It was...

Children as young as SEVEN are being caught carrying knives at...

The rise of the non-alcoholic cocktail

Why Georgia is Europe’s most underrated skiing destination