She will make her debut as the executive producer of a feature film when The Broken Hearts Gallery is released on July 11.

But Selena Gomez took some time off for work as she met up with friends in Los Angeles on Wednesday.

The 27-year-old star looked casual and chic as she showed off her décolletage in an off-the-shoulder sweater and distressed denim. 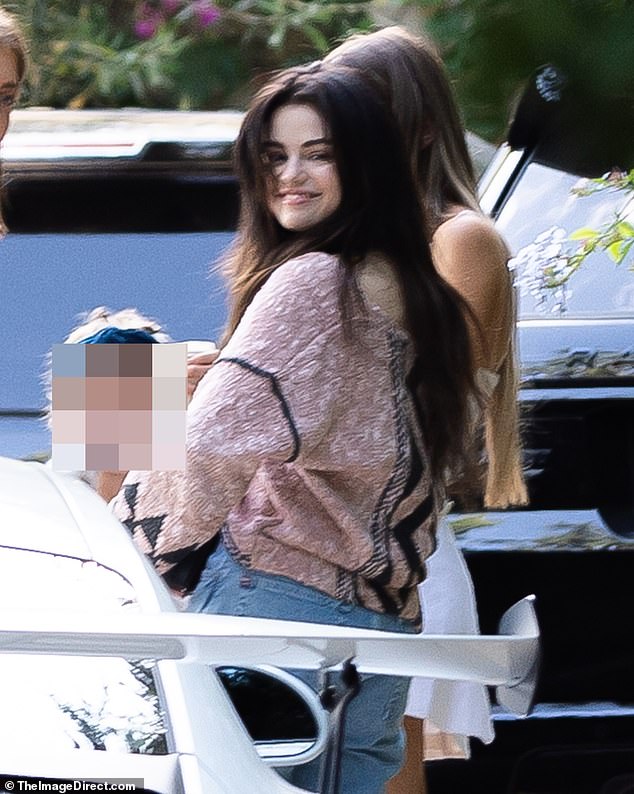 Outing: Selena Gomez took some time off for work as she met up with friends in Los Angeles on Wednesday

She had something to smile about as she chatted with two female friends, though despite local and statewide regulations requiring face masks in public, the group chatted without them.

Selena seemed to not wear a stitch of makeup, with her pout in its natural pink and her face looking untouched.

Her long brunette hair flowed down her back in easy and loose curls, as she opted to only carry a black bag on her shoulder.

Since the coronavirus lockdown she has kept a low-profile in public and is rarely spotted, as she has also taken more time off of social media. 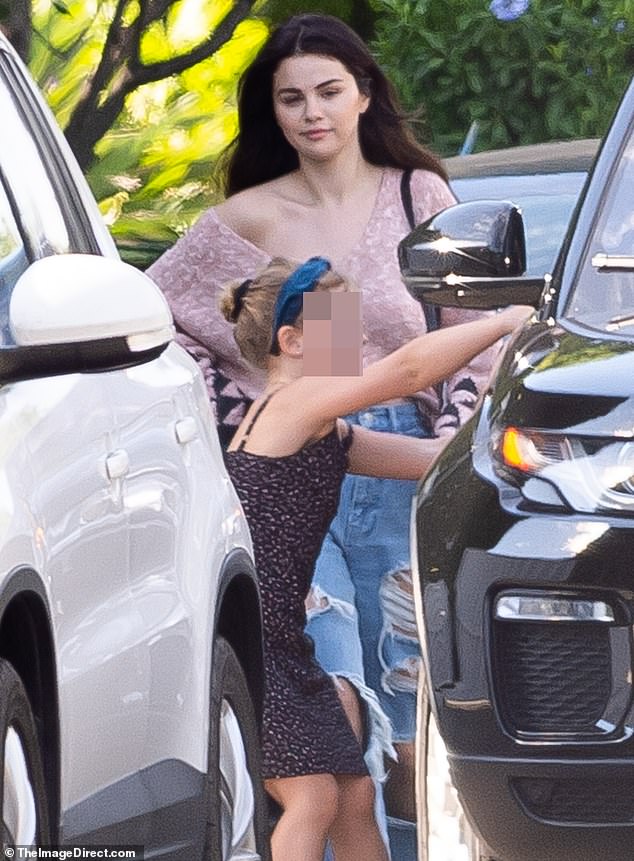 Her look: The 27-year-old star looked casual and chic as she showed off her décolletage in an off-the-shoulder sweater and distressed denim

Her romantic comedy will be one of the first films to get a theatrical release as movie theaters open after the coronavirus lockdown.

Movie theaters have been closed nationwide since mid-March due to the coronavirus pandemic. 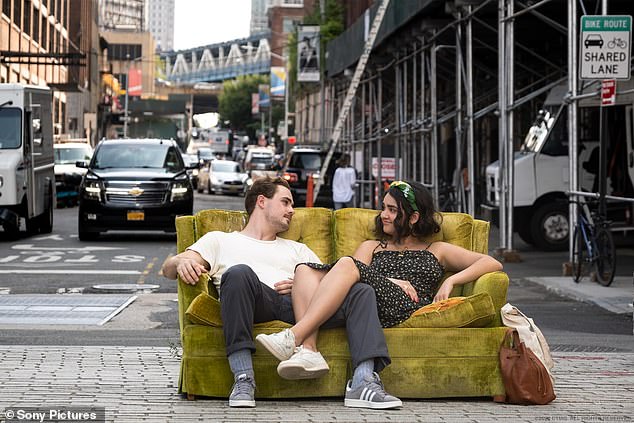 Coming soon: The Broken Hearts Gallery, a new romantic comedy executive produced by Selena, will be one of the first major studio release in theaters this summer

There were 554 locations open in the U.S. last weekend, including 243 drive-in theaters. About 500 of the nation’s 5,400 theaters are located in California, which is allowing cinemas to reopen on June 12.

‘Hearing from more female writers and directors is very much needed. Natalie is a wonderful talent and I am happy to be a part of her debut film,’ Gomez said of the production. 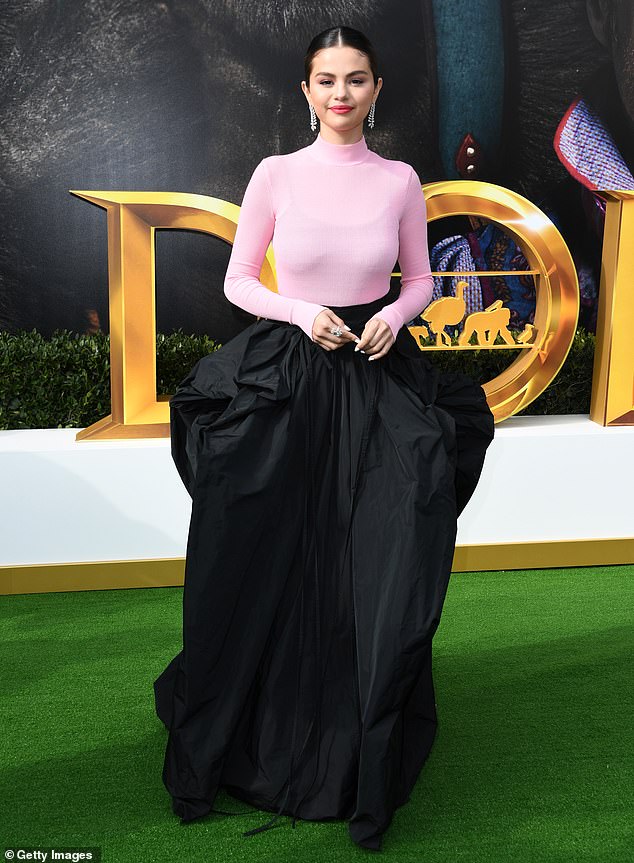 Safety first: ‘I hope everyone will listen to scientists’ recommendations and consider others’ health and safety while enjoying the movie theater experience,’ Gomez said of the movie, which opens July 10; shown in January

‘I understand people’s concerns regarding returning to activities we all loved prior to COVID-19. I hope everyone will listen to scientists’ recommendations and consider others’ health and safety while enjoying the movie theater experience,’ she said.

‘We have faith in a theatrical rebound, and we look forward to being there right out of the gate with our exhibition partners’ anticipated reemergence, as — and when — state-by-state safety guidelines are met.’

The rush to push Broken Hearts Gallery into theaters comes after Dr. Anthony Fauci, director of the National Institute of Allergy and Infectious Diseases, described the coronavirus pandemic as his ‘worst nightmare’ and warned that ‘it isn’t over yet,’ according to The New York Times.

Loading...
Newer Post
Keith Urban and Nicole Kidman gush about each other for their 14th wedding anniversary
Older Post
Incredible pictures show two buffalo fighting each other by locking horns

EU crisis: Italy sends warning to Brussels ahead of bailout summit: 'We could destroy it!' 0

Monsoon Special: Amp Up The Rainy Evenings With Poha Pakoda And Masala Chai 0

Eat Out to Help Out restaurants: Which restaurants have signed up to scheme? 0

House prices fall for the fourth month in a row – will Rishi Sunak ride to the rescue? 0