Scarlett Johansson gets spotted in stylish blue polka dot dress as she buys flowers in the HamptonsBy George Stark For Dailymail.com

Kendall Jenner cuts a sporty look in baby blue as she steps out for some retail therapy in Malibu
No Canada: Blue Jays barred from playing games in Toronto
Ashley Roberts turns heads in a pastel blue tennis-style dress and skyscraper heels

Scarlett Johansson is making the most of her downtime while Hollywood is under lockdown.

The 35-year-old actress – who was expected to be promoting her next blockbuster Black Widow this summer – was pictured on Friday enjoying a casual trip to a farmer’s market in the Hamptons in New York.

Scarlett looked effortlessly stylish in a blue polka dot dress – that she was also spotted wearing just last week – as she carried a bunch of flowers and a bag of fresh produce. 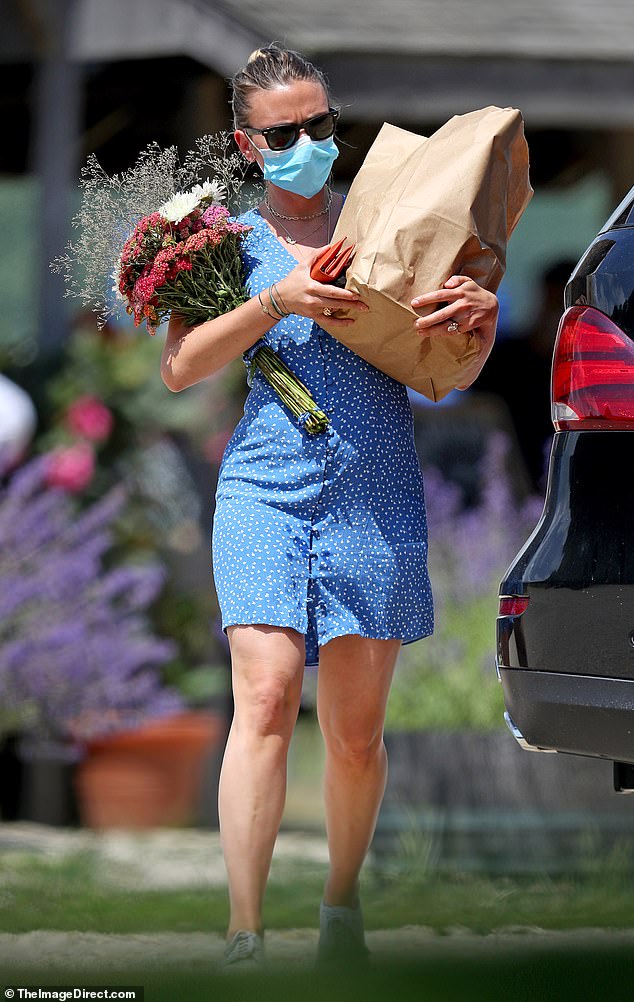 Flower power! Scarlett Johansson picks up flowers and groceries at a farmer’s market in The Hamptons on Friday

With her hair tied back and with a pair of sneakers on, it was clear the star had opted for the casual look for her trip outside.

Meanwhile, Scarlett recently revealed how she she feels the pressure to be thin in Hollywood has become ‘much worse’ in recent years.

The Black Widow actress thinks big-name stars are now under more pressure than ever to look thin and glamorous all of the time. 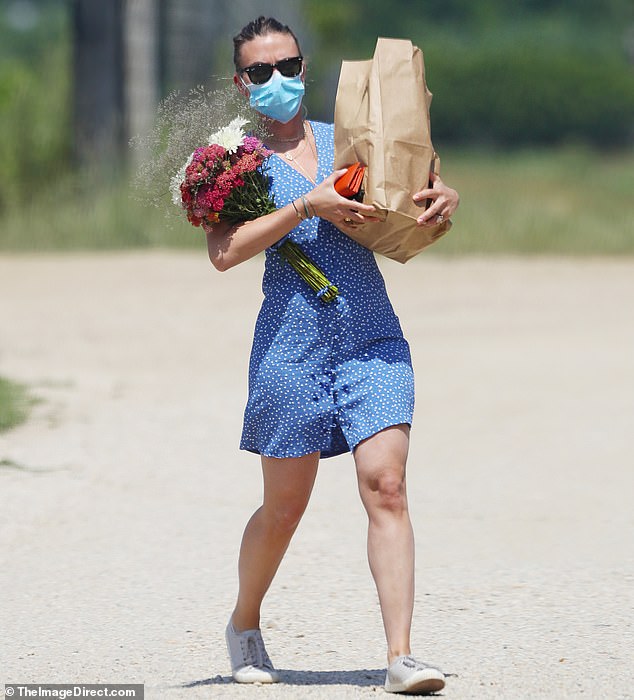 Carry on: The actress was seen wearing the same blue polka dot dress a week earlier

She told Candis magazine: ‘There has always been pressure on actors to stay thin. There’s a scene in one of my favourite movies, All About Eve, where Bette Davis is circling around the room, horribly upset about something, and she picks up a chocolate… puts it down… picks it up again… puts it down again… finally, she gives in and eats it, but only after a huge struggle!

‘So even back then, there was the pressure going on. And now, it’s much worse.’

The star has revealed she sticks to a ‘natural’ diet, saying she likes to be ‘slim but healthy’. 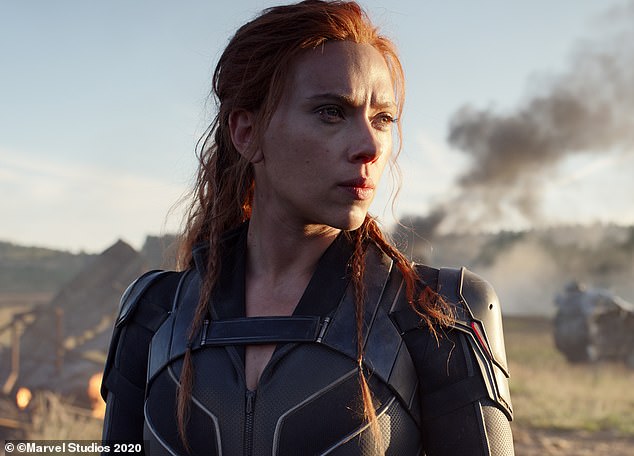 Taking a break: Scarlett was expected to be promoting her next blockbuster Black Widow this summer before coronavirus forced Hollywood into lockdown

She said: ‘There’s a weight I like to maintain, which is slim but healthy. But there’s a healthy way to keep to that weight and there’s an unhealthy way.

‘I don’t have any comment on how other people choose to live their lives – but for me, I am far too paranoid about my own health to take the road of eating disorders. I’d rather just stay in shape the natural way.’

Scarlett also tries to keep her personal life out of the limelight by adopting a “classy way” of maintaining her privacy.

She shared: ‘There’s a classy way of going about keeping your privacy. There’s an aggressive way to do it, and there’s a quieter way, and because I am not an aggressive person, I choose just to lie low, which is not that hard to do.

‘I don’t struggle with my pubic persona because it doesn’t matter to me how people perceive me from afar. Of course it matters how people who know me perceive me, but that’s a different matter.’

Chime is now worth $14.5 billion, surging past Robinhood as the most valuable U.S. consumer fintech 0

Eliminated Reece Hignell shares who he believes will win MasterChef 0