She revealed her bikini-ready body on the 2018 series of Love Island.

And Samira Mighty has showcased her sensational curves once more as she posted a series of saucy close-ups of her sensational physique to her Instagram account, on Sunday.

The Love Island beauty, 23, left little to the imagination as she posed up a storm and captured her flawless figure from almost every angle imaginable. 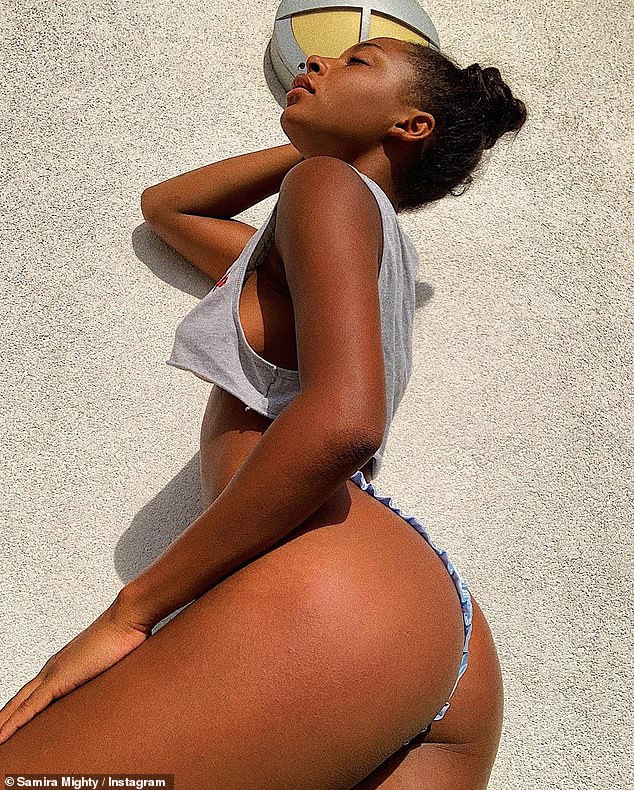 Peachy: Samira Mighty, 23, set pulses racing as she revealed her incredible frame and radiant complexion for a series of revealing Instagram pics which she posted on Sunday afternoon

Samira cut a casual figure in an extreme cropped grey top and frilled baby blue thong, arching her back to accentuate her pert derrière.

The reality star showcased her natural beauty as she opted for a minimal makeup look and styled her brunette tresses in a high bun.

In another snap, she teased fans with some serious underboob, and covered one of her breasts with little more than a heart and arrow emoji. 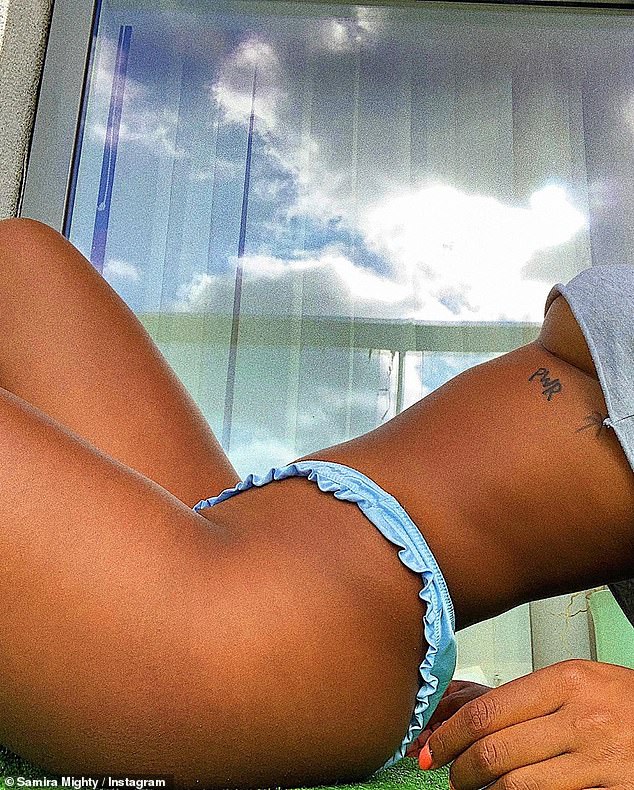 Stunning: The Love Island beauty showed off her rib-cage tattoo and flashed her underboob as she posed on a balcony in a TINY grey crop top and a frilled baby blue thong

Samira also shared an up-close and personal image of her underwear that hugged her waist and highlighted her toned stomach.

The Love Island beauty’s radiant complexion was on full display for her series of revealing snaps.

Only a few days ago, Samira stripped down to her underwear for an impromptu photoshoot in a field. 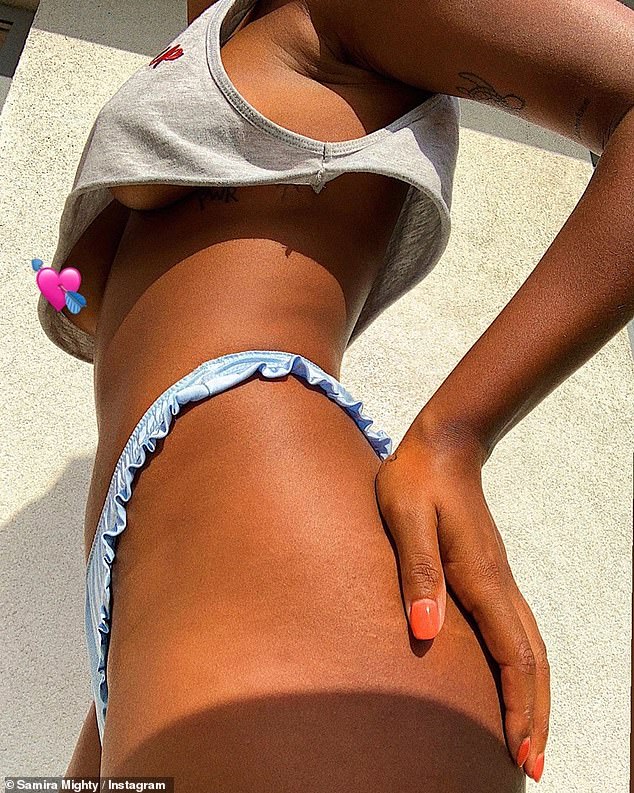 Close up: Samira left almost nothing to the imagination as she displayed her slender physique and covered her nipple with a heart and arrow emoji

She flaunted her toned physique in a navy floral lingerie set with lace detailing.

It also included a balcony-style bra which enhanced her assets, and rocked her long locks in loose beachy curls.

Samira posed against a metal gate with a countryside backdrop behind her, however it was unclear where the snaps was taken.

The Love Island star has been keeping fans entertained with a string of underwear snaps after she spent her lockdown nursing a broken heart. 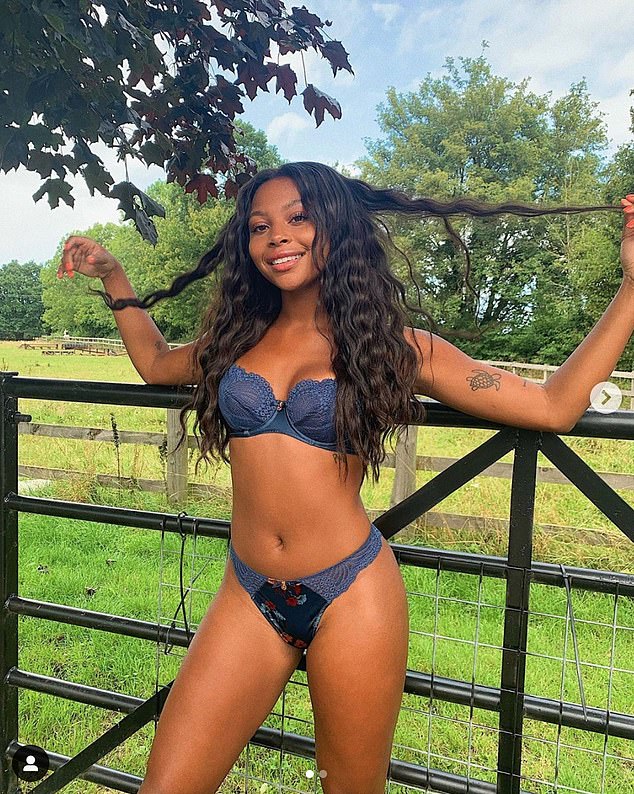 In her element: The Love Island beauty displayed her stunning figure in a navy lace bra with matching floral panties as she posed for an al fresco photoshoot in the British countryside

In March, she separated from her boyfriend of 14-months, Ibiza Weekender’s Alex Dean.

They deleted all trace of each other on social media and confirmed their split publicly in May, with an insider telling The Sun: ‘They haven’t been together in a long time.’

It is unclear why the pair decided to go their separate ways, but the current pandemic likely played a part in their split. 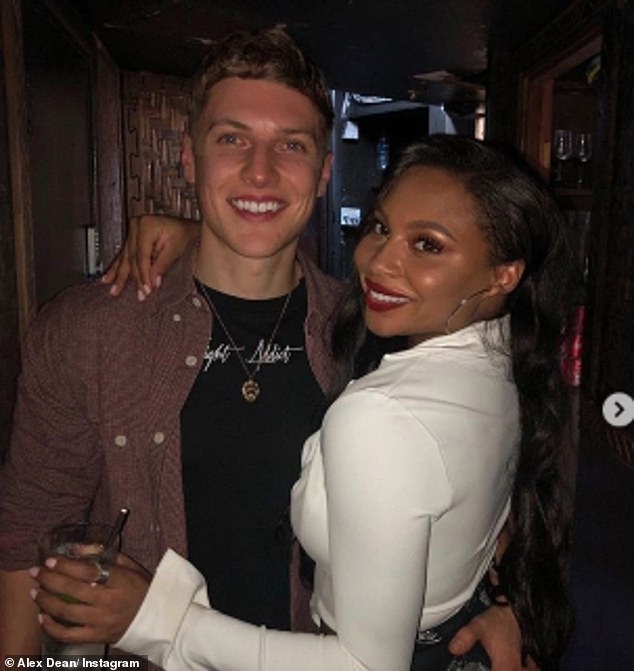 Breakup: Samira has been unlucky in love after failing to find a match on the 2018 series of Love Island and later separated from her boyfriend of 14-months Alex Dean in March

John Legend net worth: How ‘All of Me’ singer made his impressive fortune 0

Samsung AKG Y600NC headphone review: the best of Bose and Sony on a budget 0

Bindi Irwin, 22, shares moving post after announcing she is expecting her first child 0