They are both reality stars with an eye for style.

And Sam Faiers and Francesa Allen joined forces as they enjoyed a raucous night out in London on Thursday.

The former TOWIE star, 29, and the Love Island 2019 beauty, 24, looked delighted to be  spending time together as they headed for dinner at Amazonico. 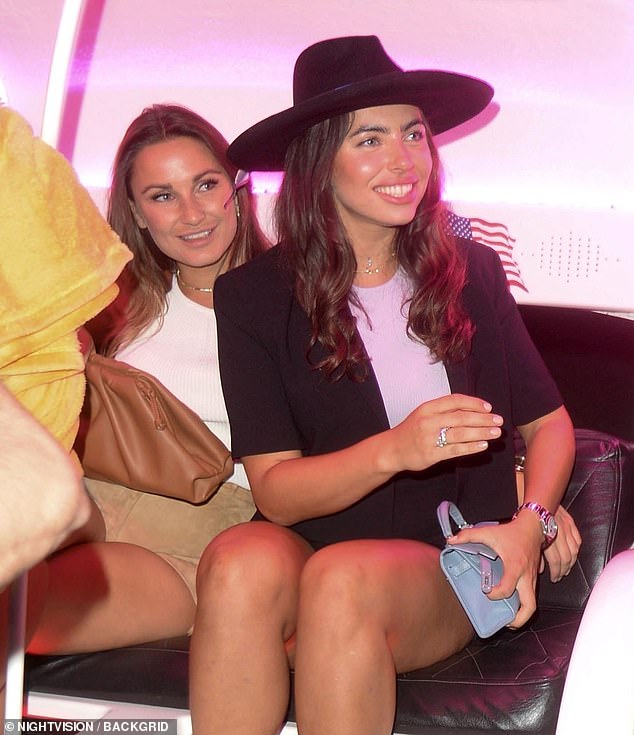 Fun times: Sam Faiers and Francesa Allen joined forces as they enjoyed a raucous night out in London on Thursday

Sam put on a leggy display in tan suede hotpants with edgy tasselled detail as she strode down the street.

The beauty accentuated her toned legs with a pair of vertiginous white sandals.

She paired this with a midriff hugging white halterneck top and a shimmering gold necklace.

The Mummy Diaries star wore her caramel locks sleek and straight while a radiant palette of make-up accentuated her pretty features. 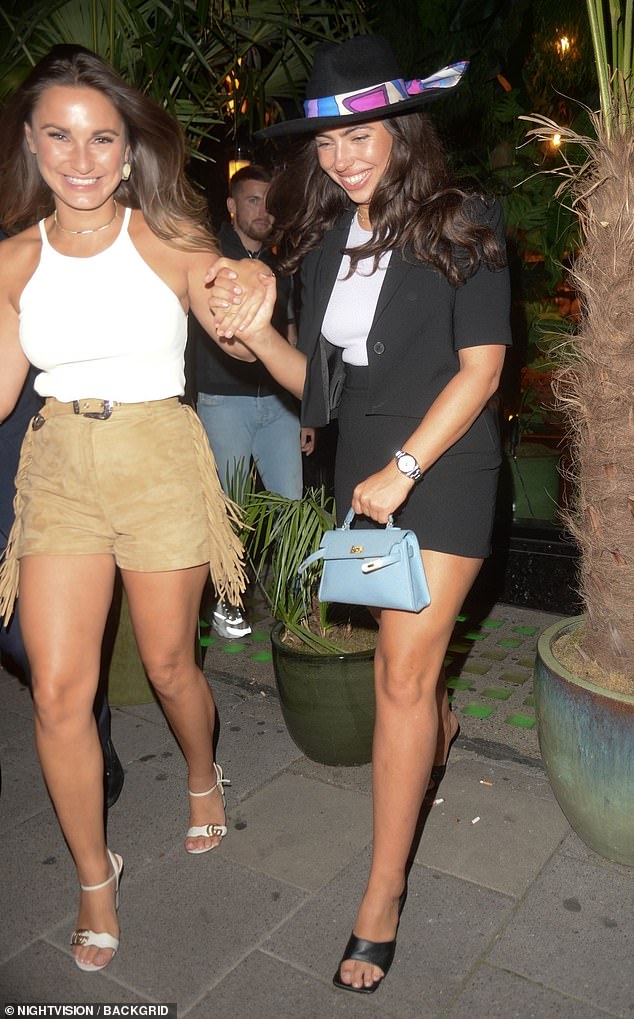 Leggy display: The former TOWIE star, 29, and the Love Island 2019 beauty, 24, looked delighted to be spending time together as they headed for dinner at Amazonico

Francesca wowed in high-waisted shorts and a cropped black jacket

The star offset her edgy ensemble by wearing a grey crop top, and her high-waist shorts accentuated her slender legs.

She added a pop of colour to her look by stepping out in a pair of light blue heels that perfectly matched her small handbag.

The TV personality styled her brunette locks into loose waves, and she accessorised with a black bowler hat and hoop earrings. 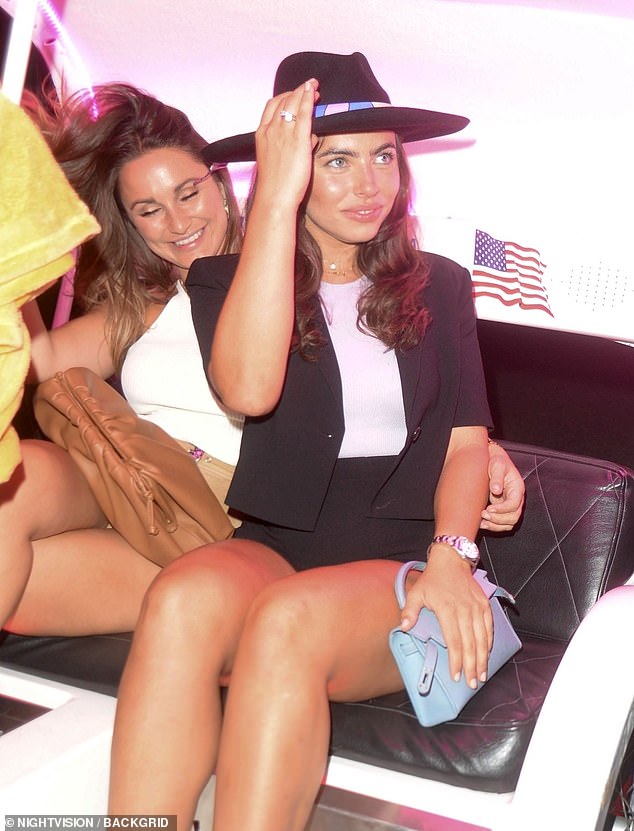 Good night? Sam looked slightly dishevelled as she closed her eyes and laughed with Francesca

It comes after former TOWIE star Sam revealed she will not be returning to The Only Way Is Essex for the ITVBe show’s 10-year anniversary special in October.

Sam, who has two children Rosie and Paul, four, told The Sun: ‘I won’t be getting involved because, to be honest, it’s like I’m at a completely different stage in my life now.

‘I don’t even know what I would do on there any more.’

The blonde beauty was just 19 years old when the show first aired on 10 October 2010, and she admitted that she had nothing to lose at the time.

During her stint, Sam was an integral character, having a love triangle storyline with Lothario Mark Wright and his on-off girlfriend of nine years, Lauren Goodger.

The reality star then went on to date Joey Essex after Mark announced his engagement to Lauren, and ended up becoming engaged herself to Joey, 30.

However it wasn’t meant to be and the pair split up on the show in 2013.

Moved on: Sam recently revealed she will not be returning to TOWIE for the ITVBe show’s 10-year anniversary special (pictured with Mark Wright and Amy Childs in 2010)

Donald Trump: ‘I never get credit for Osama bin Laden warning BEFORE 9/11’ 0