Dara Ó Briain SLAMS BBC for axing Stargazing Live and 'paying Scarlett Moffatt to make a podcast'
'It's a terrible decision!': Joe Swash hits out at Dancing On Ice for axing Alex Murphy
Kerri-Anne Kennerley on the golf course after Channel Ten axing

Her Channel Seven talk show, The Daily Edition, was recently axed after seven years on the air.

But on Friday, Sally Obermeder was all smiles as she stepped out to grab coffee in Sydney’s Rose Bay.

Sharing a photo from the outing to Instagram, the 46-year-old wrote: ‘Friday. Picking up some special things for special people.’ All smiles: Channel Seven’s Sally Obermeder was all smiles as she stepped out to grab coffee in Sydney’s Rose Bay on Friday

The media personality looked chic in a houndstooth jacket and brown turtleneck, and she accessorised with a Gucci handbag.

Sally has been wrapping up her final week of hosting The Daily Edition with former co-host Tom Williams by her side.

Tom, who hosted The Daily Edition from 2013 to 2018, officially returned to the show on Wednesday to replace Ryan Phelan, who was sacked on Monday after being charged over an alleged domestic violence incident. 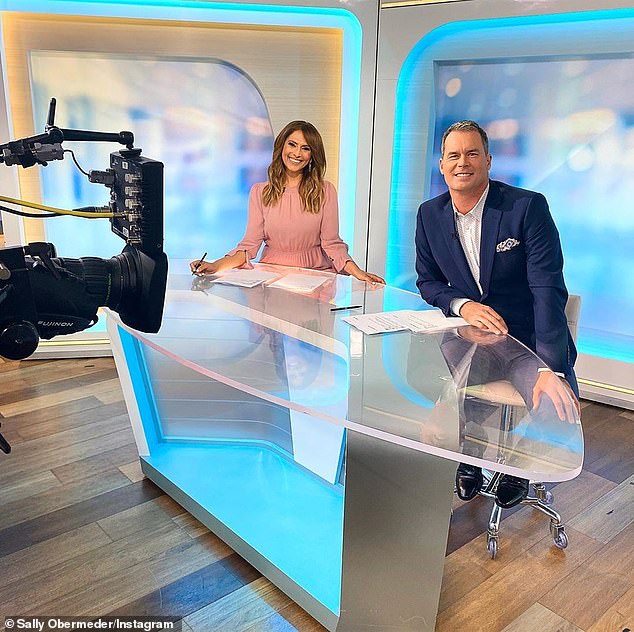 ‘Look who’s back!’ Sally Obermeder (left) welcomed her former co-host Tom Williams (right) back to The Daily Edition with a cheerful Instagram post on Wednesday – after Ryan Phelan was sacked amid domestic violence charges

Despite the unfortunate circumstances, Sally seemed chipper as she re-introduced Tom to fans via Instagram, sharing a photo of the pair beaming on set.

‘Look who’s back??!! Yep. It’s @tomwilliams70 finishing the week and the @dailyeditionon7 era with me, just like we started 7 years ago,’ she rejoiced in the caption.

Seven confirmed the axing of The Daily Edition last week, with its final episode to air this Friday. Just like old times! Sally (front) beamed triumphantly as she shared footage of herself and Tom (back)  preparing to host another episode of The Daily Edition 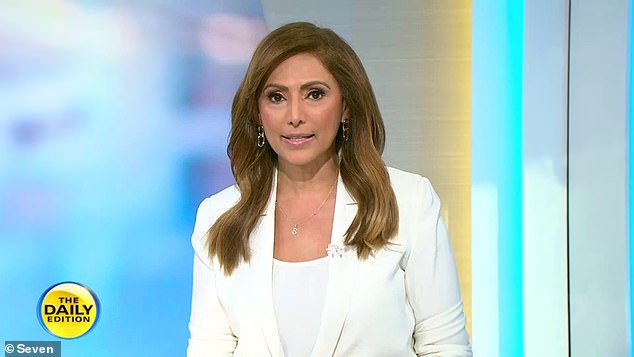 End of an era: Sally has hosted The Daily Edition for seven years

Tom will front the program alongside Sally for the show’s final two episodes.

TV Blackbox reported on Tuesday that Tom would rejoin host Sally in light of serious allegations made against Phelan by his girlfriend, 44-year-old ballet instructor Chelsea Franklin.

Phelan, 45, was charged on Monday night over an alleged domestic violence incident with Ms Franklin at their home in Frenchs Forest in Sydney’s northern beaches. 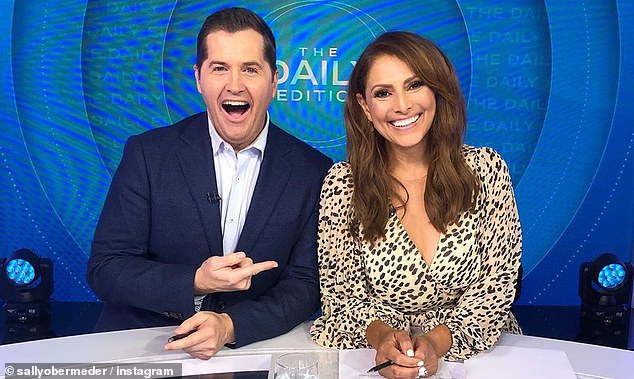 Sacked: TV Blackbox reported on Tuesday that Tom would rejoin host Sally in light of serious allegations made against Phelan (left) by his girlfriend, 44-year-old ballet instructor Chelsea Franklin. Pictured with Sally Obermeder

Ovarian cancer symptoms: The ‘patchy’ rash on your skin you should never ignore 0

CHRISTOPHER STEVENS reviews the weekend's TV: Dr Finlay? A gent who could fix the corona crisis 0

Dragonfly is finally revealed on The Masked Singer 0