Rylan Clark-Neal has said watching Brian Dowling on Big Brother as a young teen was a ‘moment’ for him and made him realise ‘being gay isn’t a bad thing’.

Big Brother fans fondly remembered Brian as one of the funniest housemates ever during the final episode of Best Shows Ever on Thursday with some keeping their fingers crossed Big Brother will make a comeback.

For the last show, an episode of the 2001 series was aired, recalling moments like Brian insisting ‘it looks like TV but it’s not’ and the romance between Helen and Paul, despite her having a boyfriend in the outside world. 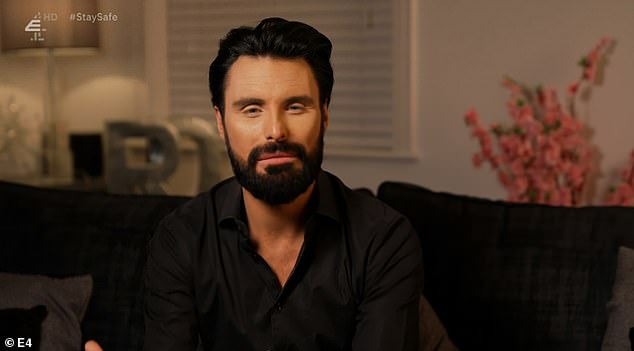 Big moment: Rylan Clark-Neal has said watching Brian Dowling on Big Brother as a young teen was a ‘moment’ for him and made him realise ‘being gay isn’t a bad thing’

Speaking about Brian, who was nervous to discuss his sexuality in the house, winning the series, Rylan admitted it had a big impact on him.

Chatting to former host Davina McCall, he said: ‘For me being 13, 14, thinking I was gay, knowing I was gay at that time, seeing someone like Brian who was an adult going through the same thing, it was a bit of a moment for me.

‘Oh, it’s alright for him. Maybe being gay isn’t a bad thing. The amount of people who would say, I don’t like gay people but he seems funny. It’s things like that is the start of people changing their mind set.’

Davina recalled how Brian was nervous to take part in the show but added that the nation ‘took him under their wing’. 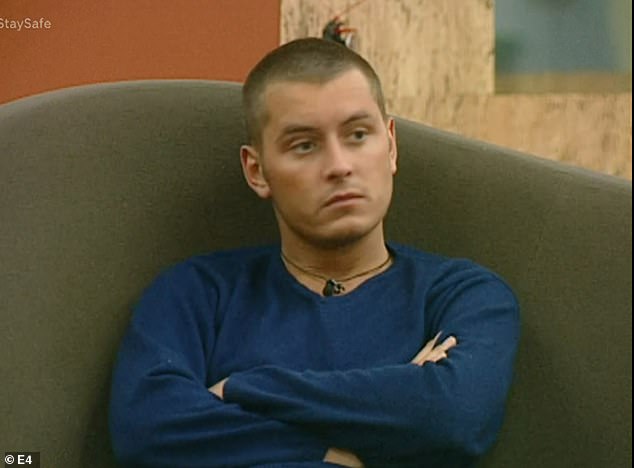 Memories: Big Brother fans fondly remembered Brian as one of the funnest housemates ever during the final episode of Best Shows Ever on Thursday

She said: ‘It was a big one in terms of LGBTQ rights having Brian go in. He was very nervous about doing the show and coming out properly, not just to his friends and family but to the nation and would he be accepted? This was what was so beautiful.

‘The whole of Britain took him under their wing and crowned him the winner. I think that was amazing for Brian. His entire world expanded.’

Brian went onto win Ultimate Big Brother in 2010 before hosting the show from 2011 to 2013 when it moved to Channel 5, before being replaced by Emma Willis.

Many fans took to social media to react to the episode, with some hailing Brian as one of the best housemates ever. 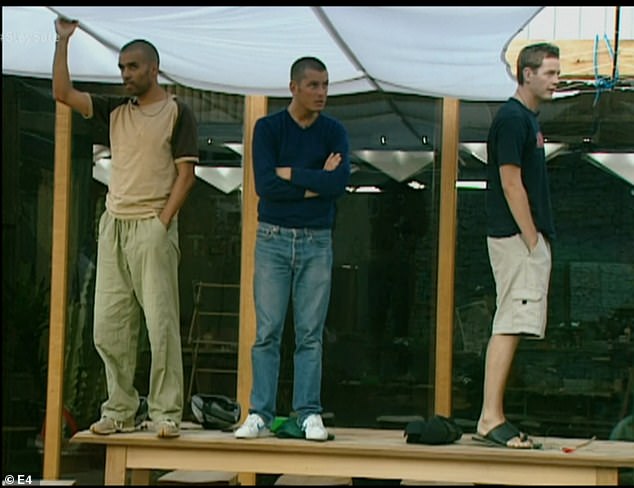 Comeback? For the last show, an episode of Big Brother 2001 was aired with some fans hoping the show will return to screens

One wrote: ‘The fact that Brian Dowling made history by becoming the first ever LGBT male to go on Big Brother UK..and I’m happy to see Rylan give a major shout out to Brian for that’.

Another said: ‘Brian Dowling is and always will be my favourite housemate ever.’

Meanwhile, many users were saddened that Thursday night’s episode was the final of Best Shows Ever and demanded to see Big Brother revived.

One fan said: ‘Gutted this is the last night. Guess after this there’s only one thing we can hope for #BringbackBigBrother’. 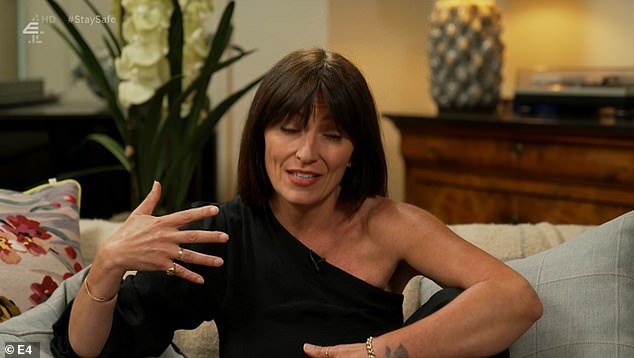 Popular: Davina McCall recalled how Brian was nervous to take part in the show but added that the nation ‘took him under their wing’

Another added: ‘This Big Brother was literally what it was all about. Big personalities, but no where near as much fakery as later series. Everything was much, much simpler, but in a good way! #BBUK’.

It comes after Brian hit out at Big Brother bosses for secretly hiring Emma Willis to replace him as host behind his back.

Speaking to OK! magazine, he said: ‘A newspaper broke the story to me when I’d signed a contract and was coming back to host two more seasons. And to find out they were in secret talks with Emma the whole time, it’s not a nice feeling. 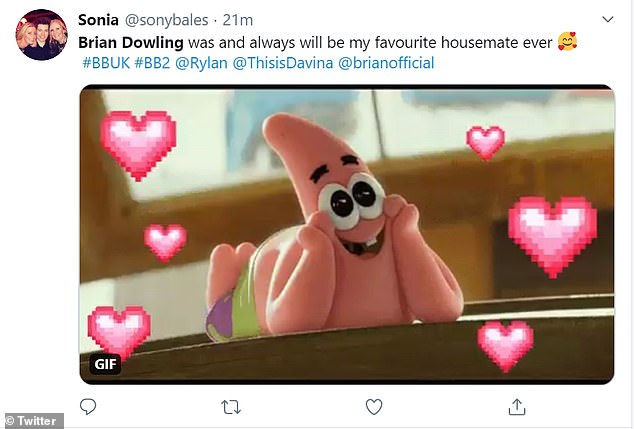 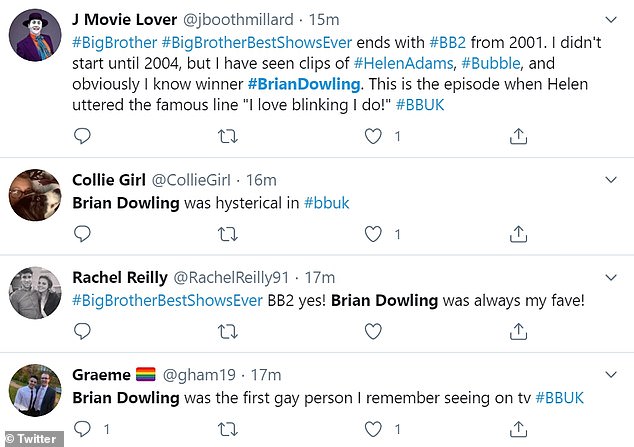 ‘But that’s just the industry we’re in. It happens and I just had to hold my head high and walk away from that. But when I look back on my time being a housemate twice and hosting it… you have to find the positives.’

Brian insisted there was ‘no rift’ between him and Emma but he would have appreciated a phone call from her at the time.

He said: ‘Were Emma and I friends? Probably more colleagues than friends, but that’s OK. She was in a situation where she was hardly going to turn down the job. I completely sympathise with the position she was in. It would have been nice to get a text or a call beforehand. We’re colleagues, right? It wasn’t nice and then having to watch the show… ‘ 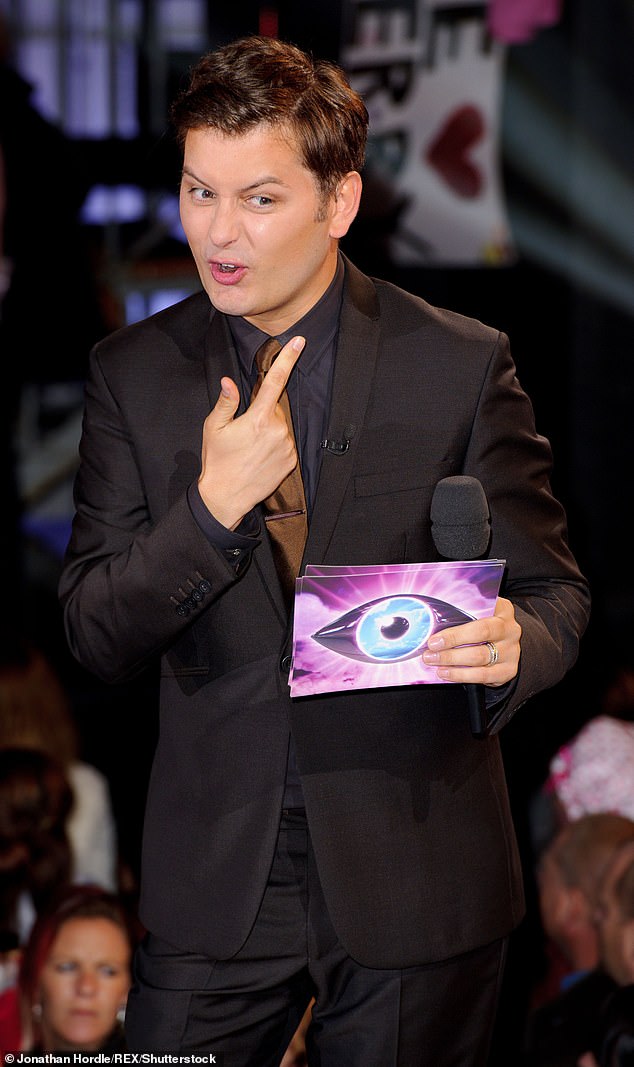 Emma went on to present the series until it finished on Channel 5 in 2018 with Rylan hosting spin-off show Big Brother’s Bit On The Side.

Before Thursday’s episode of Best Shows Ever aired, Rylan took to Twitter to respond to fans who criticised the show for making no mention of the fact Brian hosted the show during Wednesday’s episode when Emma made an appearance.

While Davina and Emma remembered their experiences hosting the show, fans noted Brian’s stint as host was not discussed.

Responding to the criticism, Rylan wrote: ‘I have seen some of you and Brian feel slightly let down and left out of the conversation between myself, Davina and Emma in Wednesday’s show. 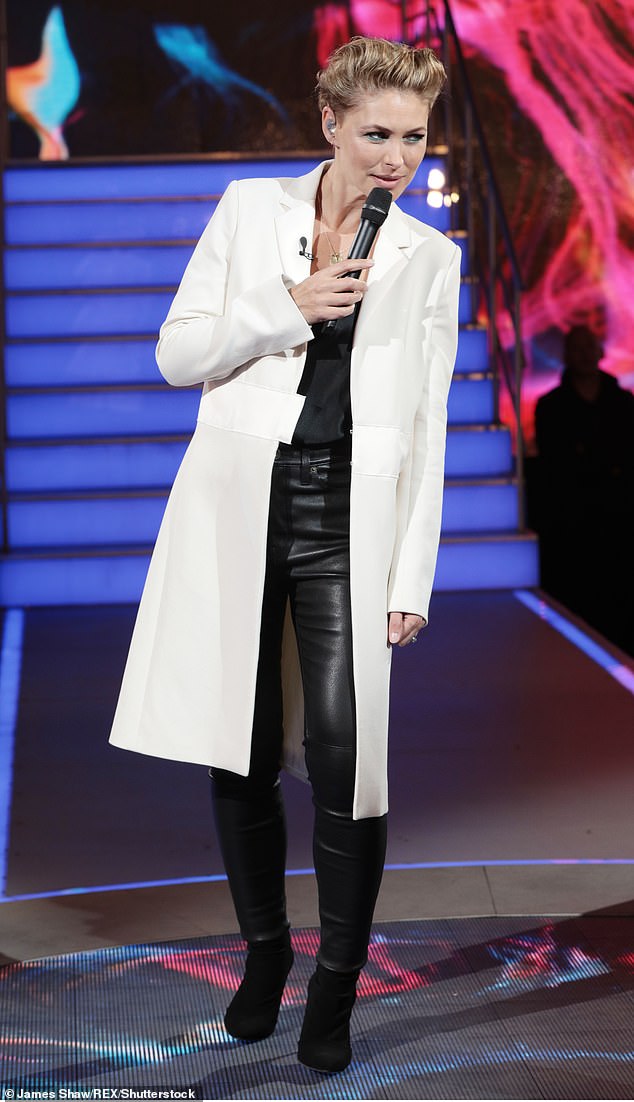 ‘I just want to clarify to you all that I’m fully aware Brian hosted the show as I was his last ever interview, which I hold dear to me as I said the night I won during the interview as I was and still am a massive fan of his.

”Just to re-clarify what I said: “Seeing as I’ve got you both here, when you got the call to host the show, after working alongside the Big mother herself, what was going through your mind?”

‘I hope this shows I was just using that opportunity as a fan to ask that question with the two people in front of me, I would have asked the same question if it was Brian and Davina or Emma and Brian.

”I have a lot of love for Brian and would hate for him to be feeling upset and I hope this clears it up for those tweeting. Lets enjoy what Big Brother we have left. Enjoy the last show. #BBUK’. 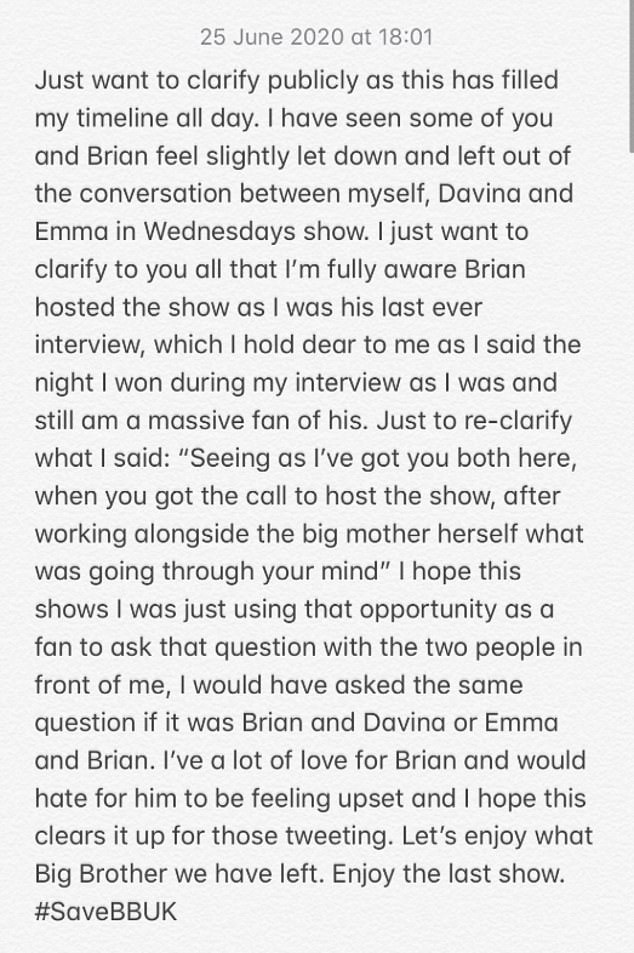 Loading...
Newer Post
Liverpool clinches Premier League title, ends 30-year drought
Older Post
How to sleep in hot weather: The key to keeping your bedroom cool at night – what to do

Trump heads to Pennsylvania for the second time in a week: What's at stake 0

Judge Napolitano on Trump's third Supreme Court nominee: 'This is a moment of triumph' 0