She became a fully paid up member of Real Housewives Of Beverly Hills this year.

But it was the Sherman Oaks neighborhood of Los Angeles that Garcelle Beauvais chose for a lunch outing on Thursday.

The actress and reality star, 57, showed off her legs as she arrived at the eatery in shorts and wedge sandals.

Summer style: Garcelle Beauvais put on a leggy show as she arrived at a LA restaurant for lunch on Thursday dressed in a long-sleeve denim short and black cotton shorts

Beauvais wore a face mask as is required under California law when going out in public places and to restaurants.

She wore a blue denim long-sleeve shirt with some of the buttons undone and tucked it into her black cotton shorts.

Her strappy black sandals perfectly complemented her ensemble for a summery look.

Her long hair was loose and she accessorized with a tennis bracelet, a gold pendant necklace and gold-framed sunglasses. 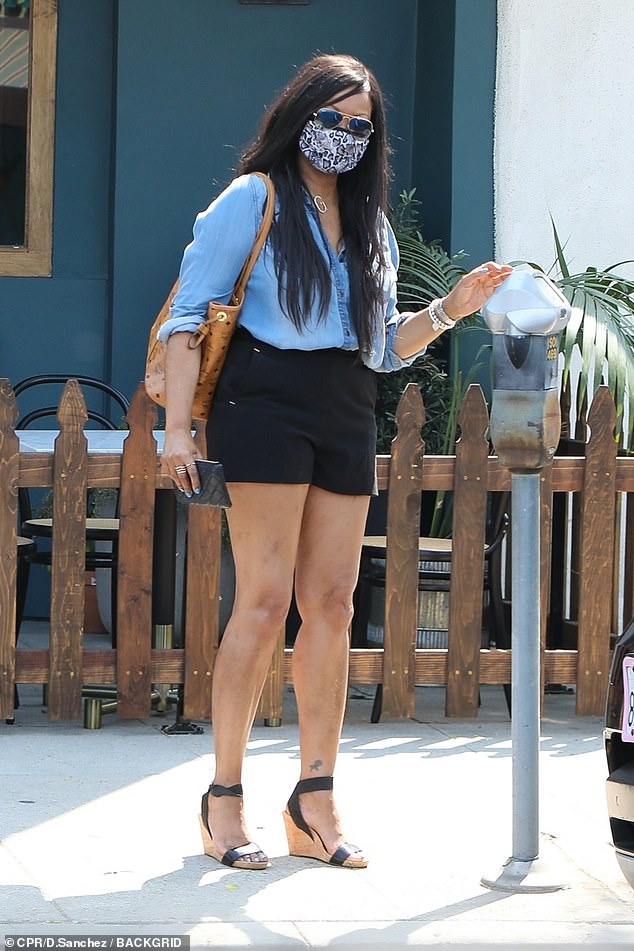 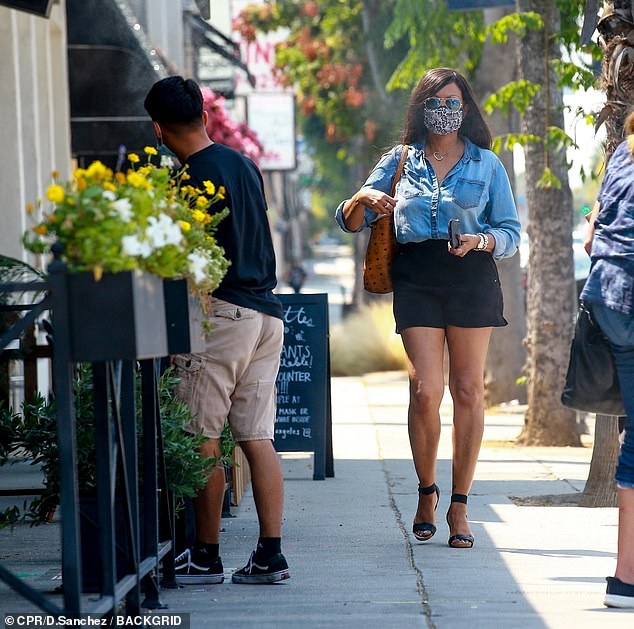 Obeyed the rules: The actress and reality star, who joined RHOBH for season  10, wore a face mask as is required under California law when going out in public places and to restaurants

In early July, Beauvais had revealed her reservations about becoming the first black castmember on RHOBH.

‘I definitely felt pressure that people wanted me to come in and do a certain thing or have a chip on my shoulder,’ she explained in an episode of podcast Reality Life with Kate Casey.

‘I really didn’t want to be labeled an angry black woman. That’s not who I am,’ she said.

‘I just wanted to stay true to who I am, and I think that’s what people have been able to see so far,’ she added.

Beauvais has enjoyed a successful Hollywood career with roles on TV’s The Jamie Foxx Show, NYPD Blue and Grimm.

On the big screen she’s been seen in Spider-Man: Homecoming, White House Down, Flight and Barbershop 2: Back In Business.

She’s also reprised her original Coming To America role opposite Eddie Murphy in a sequel scheduled to be released in December. 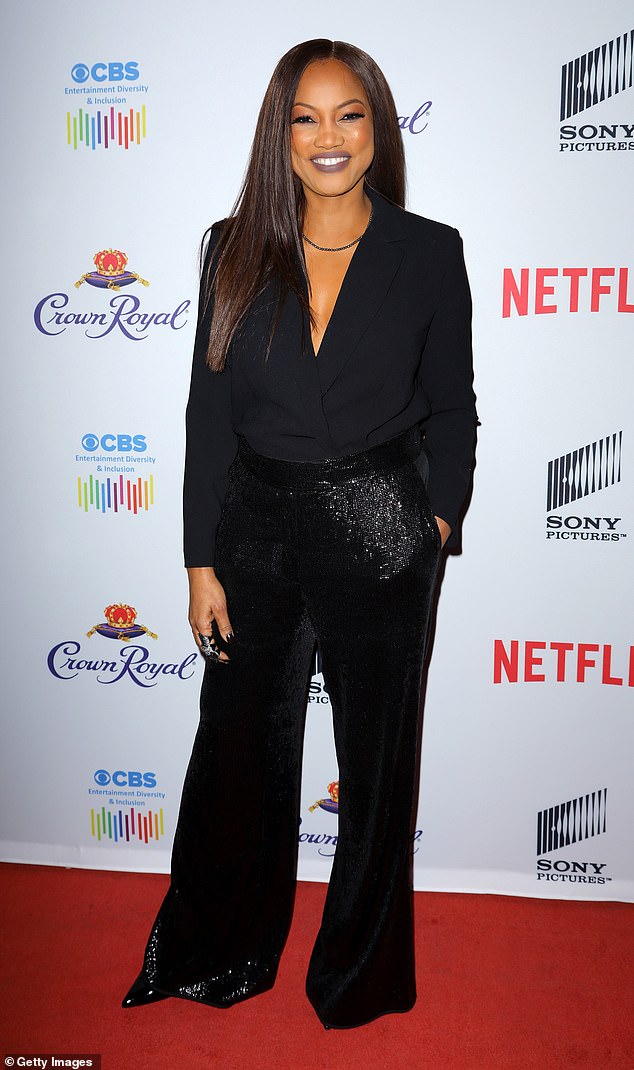 Star: Beauvais has enjoyed a successful Hollywood career with roles on TV’s The Jamie Foxx Show and NYPD Blue, and in movies Spider-Man: Homecoming and White House Down

DeVos vows to have schools open in fall: 'Kids have got to get back to school' 0