Rebel Wilson was clearly proud to have snagged a pack of toilet rolls amid the re-emerging hoarding crisis in Australia.

The 40-year-old Pitch Perfect star serenaded and passionately kissed a large pack of toilet paper, sharing the bizarre footage to Instagram on Friday.

‘It’s just a Friday night in Australia and I’m here with my boo. Don’t be shy, get in here,’ Rebel told the camera, before starting to passionately kiss the toilet roll pack. 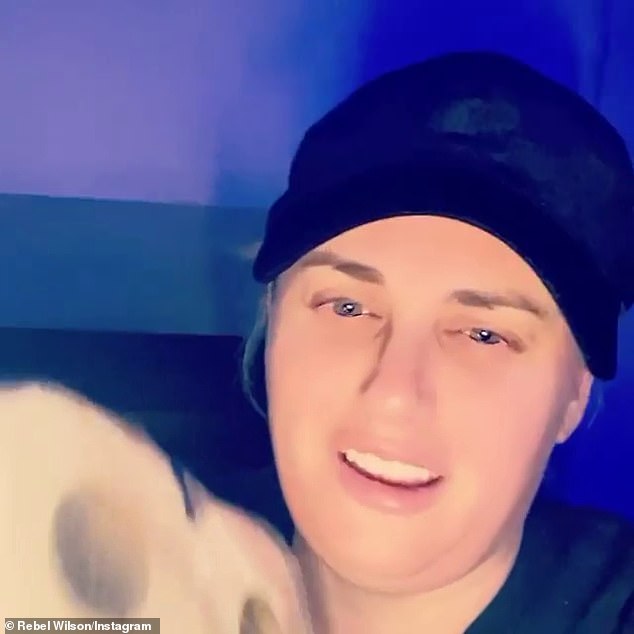 ‘Everyone knows Australians love their toilet paper. We know how to appreciate dem ROLLS,’ Rebel wrote in the caption.

‘It’s Friday night and I’m sitting tight. It’s just me and my boo, who’s normally in the loo,’ Rebel sang.

She continued: ‘But tonight is the night where we just hang out together because we love each other and that’s why I buy you from the shops a lot. 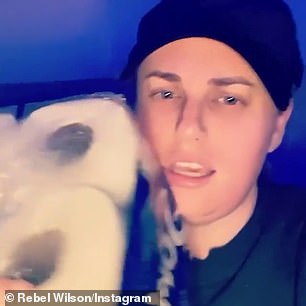 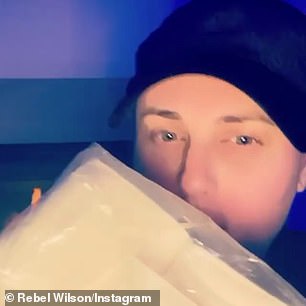 It comes after the Australian actress told The Sun she suffered emotionally after staying overweight for the sake of her Hollywood career.

‘I had a job where I was paid a lot of money to be bigger, at times which kind of can mess with your head a bit,’ she said.

‘I turned 40 as well in March and so I thought, this is going to be the year for me to just concentrate on the health benefits. 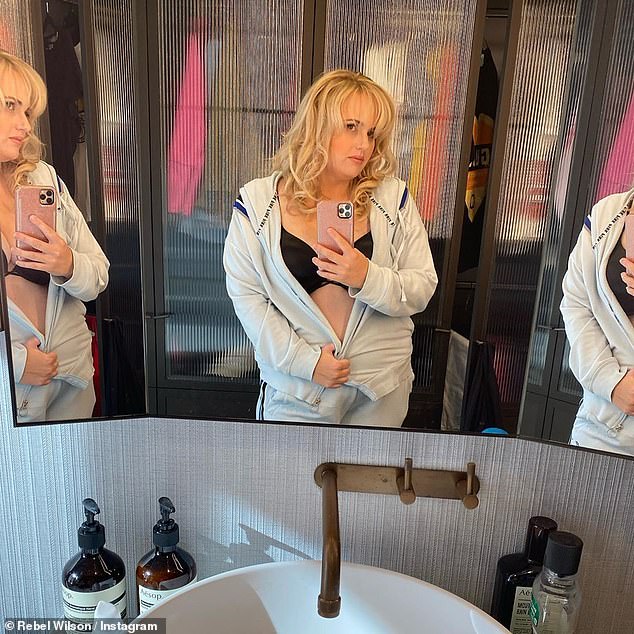 ‘It messed with my head’: Rebel recently revealed that she is finally prioritising her health after years of film bosses ‘paying her a lot of money to stay bigger’

‘It’s not like I want to lose weight and get to around a certain number. It’s more than that, it’s about dealing mentally with why I was overeating’- she continued.

Rebel – who has seen significant fame with roles in Bridesmaids and How To Be Single – said she was affected emotionally from having to stay a certain size by Hollywood execs.

She explained she is now adamant about ‘working on her mental side’ as well as the physical, in order to stay happy and healthy.

‘Year of health’: The Australian actress has explained that she suffered emotionally after staying overweight for the sake of her Hollywood career (L- this month, R- 2011)

Loading...
Newer Post
Dell and VMware's strained marriage may finally be coming an end, and shareholders are cheering
Older Post
Mississippi pastor says he was kicked out of church for saying ‘black lives matter’

Ben Shapiro slams celebrity outcry over Breonna Taylor case: 'The law is not a repository for your ire' 0

Russia threat: Putin 'will lie and lie because it's part of a game' – MP's scathing attack 0