Home News Real Madrid to go back in for Paul Pogba and would be...

Los Blancos boss Zinedine Zidane has already reportedly considered Gareth Bale as an option as he tries to convince United chiefs to let him have his fellow Frenchman. 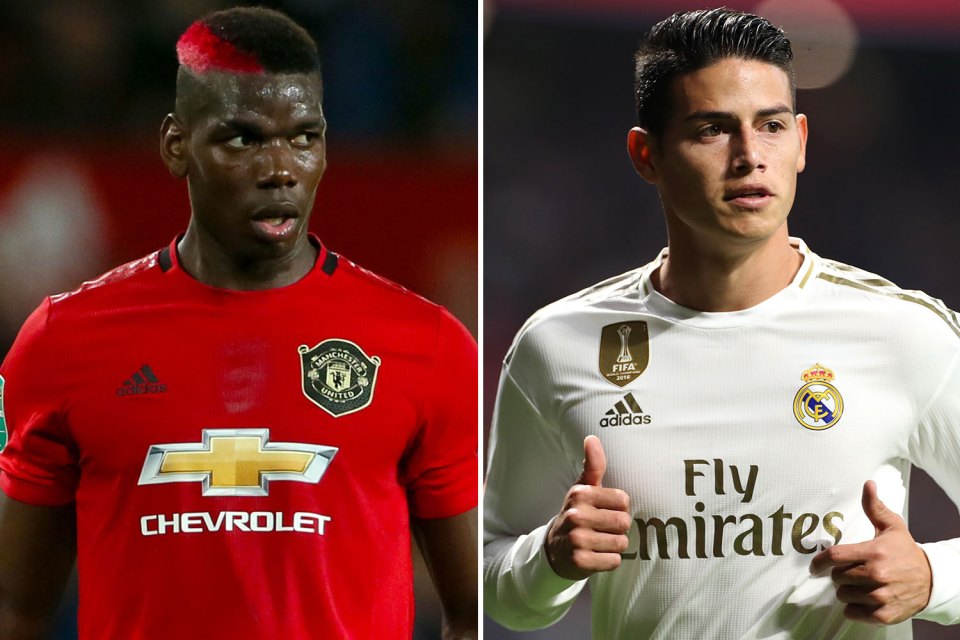 Midfielder Pogba, 26, was linked with moves to Madrid and Juventus in the summer – and the Italians will target it him again in January.

Pogba, about a month away from returning from the ankle injury he sustained in September, has been keen on a move to the Bernabeu to link up with Zidane.

But his Real career has floundered and the South American spent two seasons on learn at German giants Bayern Munich.

Rodriguez’s agent Jorge Mendes wants to move the player out of Spain and look for a fresh challenge.

Perez has also been keen on Tottenham’s Chrissian Eriksen but the club know they can get him on a free in seven months’ time.

Eriksen can sign a pre-contract with Real in January.


Liverpool to beat Man City – but Mane to dive, plus back Chelsea and Rashford

Another avenue being explored by Los Blancos is tapping into Rodgriguez’s agent Mendes’ links with Wolves.

Perez is said to be a fan of Ruben Neves and could try and swap Rodriguez for the Portugal defensive midfielder.

Wolves chief Nuno Espirito Santo is keen on a deal for Rodriguez.

Molineux is also home to Mexico striker Raul Jiminez, who has 12 goals already this season and would jump at the chance of moving to the Bernabeu.

High cholesterol: Foods to lower cholesterol include this fibre-rich item

BRITAIN could be swarming with “zombies” infected by the deadly coronavirus infection without even knowing it, experts have warned. The virus has a long...

KHLOE Kardashian has given fans a glimpse at her incredibly organized closets – including one solely dedicated to her wigs and hair extensions. The...

FORMER X Factor star Danny Tetley has been jailed for exploiting children. Here are all the details concerning the shamed singer and his life...

How Chelsea will line up against Hull with Tammy Abraham an injury doubt and...

MICHY BATSHUAYI is ready to step into the Chelsea line-up if Frank Lampard does not want to risk Tammy Abraham versus Hull. Abraham battled...

Has Coronavirus been confirmed in the UK?In the UK, an incident team has been set up to deal with the threat of the...

Schoolgirl, 15, dies after going to bed without telling her parents...