Stassi Schroeder celebrated her 32nd birthday just days after past racist actions led to her firing from Vanderpump Rules.  The reality star, who i


Stassi Schroeder celebrated her 32nd birthday just days after past racist actions led to her firing from Vanderpump Rules.

The reality star, who is pregnant with her first child, arrived at a home in Los Angeles on Wednesday wearing a flowing white mini dress that fully concealed her baby bump.

While Stassi is no longer on the hit Bravo show, she was visited by several of her former cast mates, including Jax Taylor, 40, and Kristen Doute, whom was also fired from the series.

Kristen, 37, was let go after it emerged both she and Stassi had falsely accused Faith Stowers, their former castmate who is Black, of a crime. 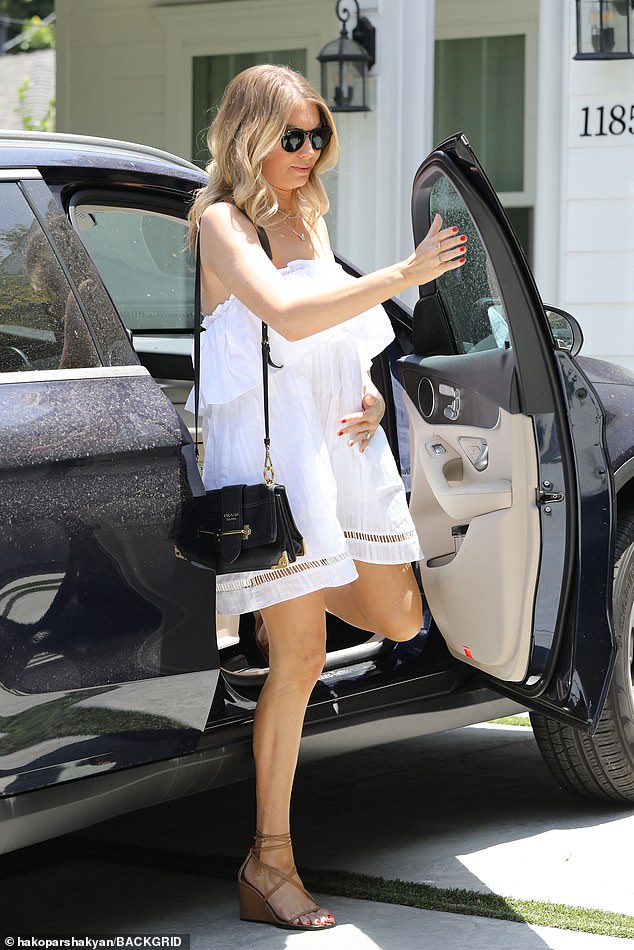 There have also been calls to remove Jax from the series after racially-insensitive comments made by him emerged.

Kristen has had a long-standing feud with Stassi, but the duo seem to have repaired their friendship in the wake of the scandal.

Kristen arrived to the house with a rose bouquet and plate full of treats in hand.

She wore a pair of black shorts, slip-on shoes, and a mustard yellow top as she made her way to the home alongside her new boyfriend, Alex Menache. 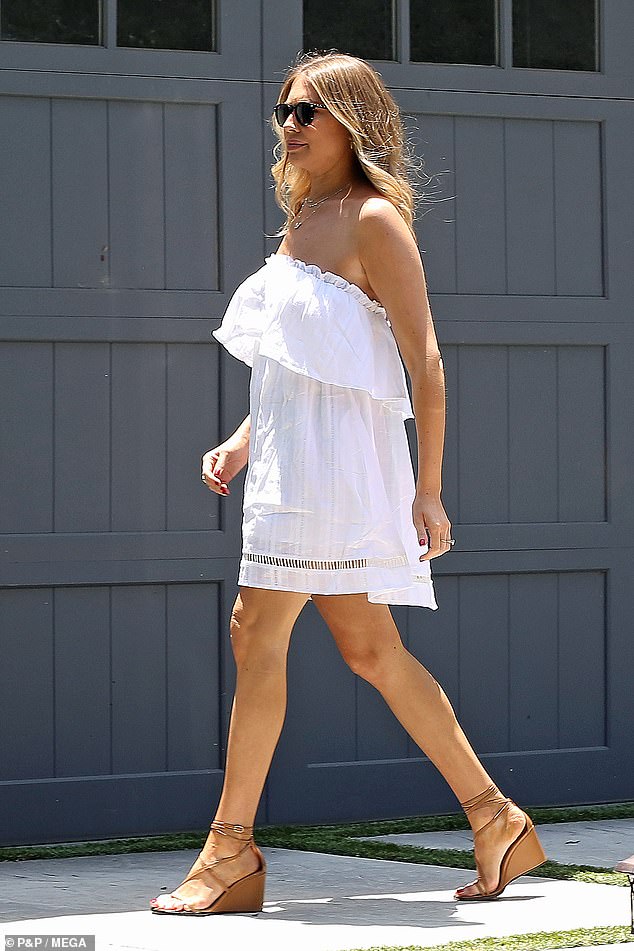 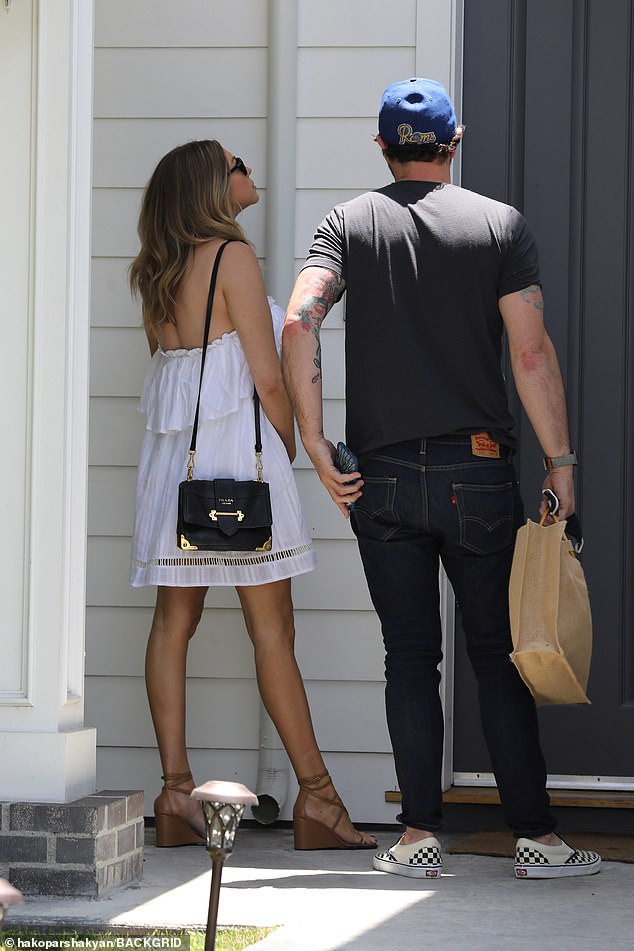 Hello! Stassi and her fiance Beau Clarke arrived at a home together

Jax made his entrance solo on golf cart.

Jax’s wife Brittany seems to still be in Kentucky caring for her mother Sherri, who is now out of the ICU after suffering complications during bladder surgery.

Stassi, meanwhile, was seen arriving with her hand gently hovering over her bump.

She stood at the front door alongside her fiance, Beau Clark.

The couple have recently announced that not only is Stassi pregnant with their first child together, but that they are expecting a baby girl.

Birthday guests: While Stassi is no longer on the hit Bravo show, she was visited by several of her former cast mates, including Jax Taylor, 40, and Kristen Doute, whom was also fired from Vanderpump Rules 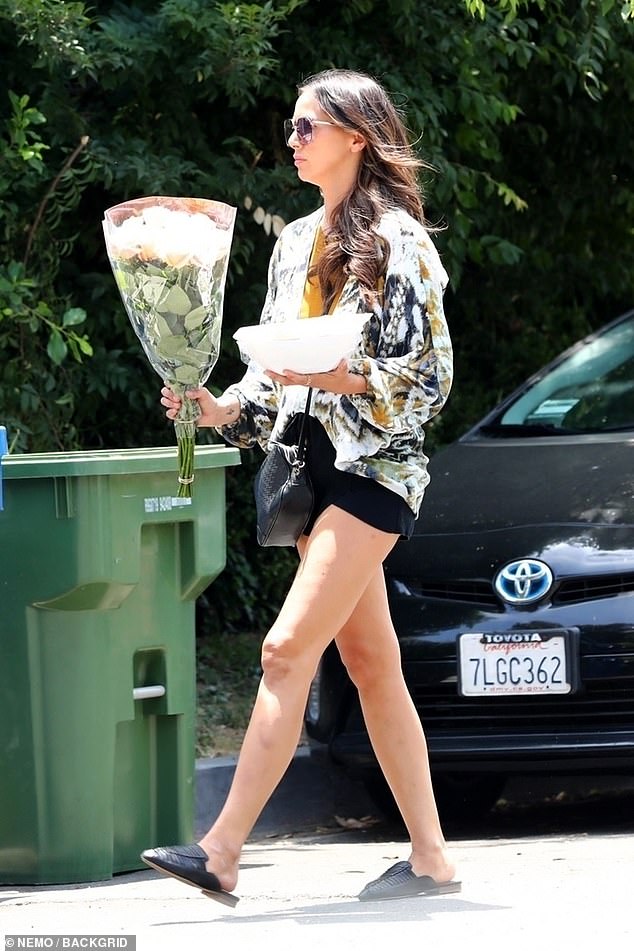 Friends again: Kristen seems to have repaired her friendship with Stassi in the wake of the racism controversy

The happy news comes after Stassi and Kristen landed at the center of a racism controversy resulting in their firings from Vanderpump Rules.

Faith Stowers called out Stassi and Kristen during an Instagram live with Floribama Shore star Candace Rice, talking about her time on the show and the incidents that followed.

The former Vanderpump Rules star revealed both Stassi and Kristen had called the cops on her and falsely accused her of a crime.

Shortly after her revelation, Bravo fired not just Stassi and Kristen, but Max Boyens and Brett Caprioni, whom were let go for past racist tweets. 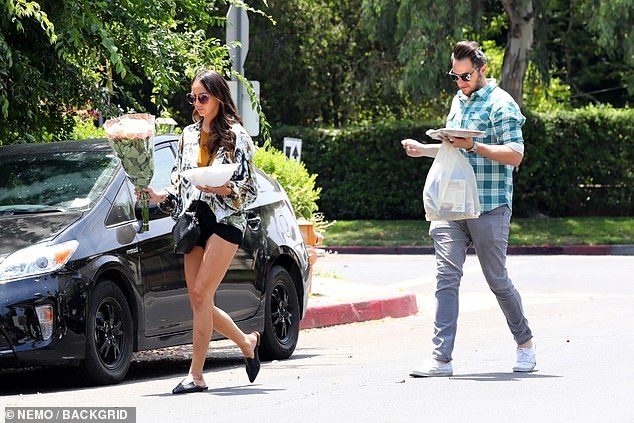 Here they come: She wore a pair of black shorts, slip-on shoes, and a mustard yellow top as she arrived alongside her new boyfriend, Alex Menache 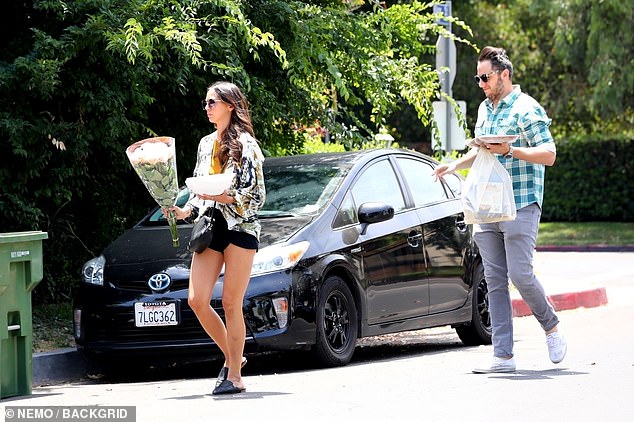 Their new representative told DailyMail.com: ‘Stassi and Kristen acknowledged what they did was wrong, have apologized and been punished.’

‘Without casting aside their actions or the impact of those actions, they want to move forward as part of the solution in ways that are productive, meaningful and sincere.’

The statement adds: ‘Both of them recognize actions speak louder than words and that is what will guide them as they move forward.’

Former co-star Tom Sandoval, who is still on the show, has since broken his silence over the matter.

‘It’s crazy, it definitely changes things and honestly we’re just going to have to wait and see what happens,’ Tom told KMOV4. 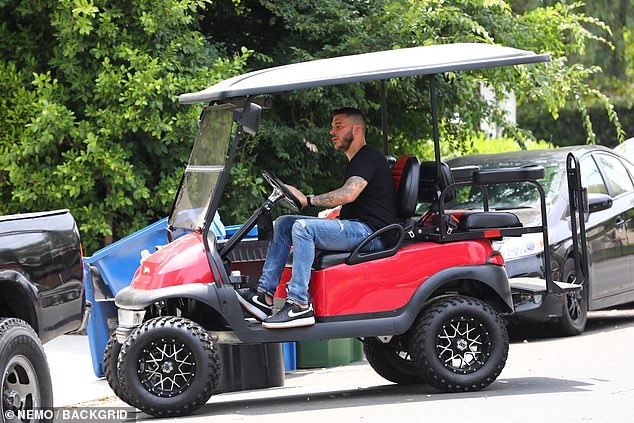 On the go: Jax made his entrance solo on golf cart

Despite mass protests, Belarus President Lukashenko swears himself in for 6th term in secret ceremony 0