She is the mother of two girls, Alaia-Mai, seven, and Valentina, three.And Rochelle Humes was joined by her young children and her husband, Marvin


She is the mother of two girls, Alaia-Mai, seven, and Valentina, three.

And Rochelle Humes was joined by her young children and her husband, Marvin Humes, 35, on Saturday as they enjoyed a weekend getaway on the British coast.

The pregnant TV presenter, 31, who is expecting a son, posted an adorable snap of her family cuddled up in the pool as they made the most of their family staycation. 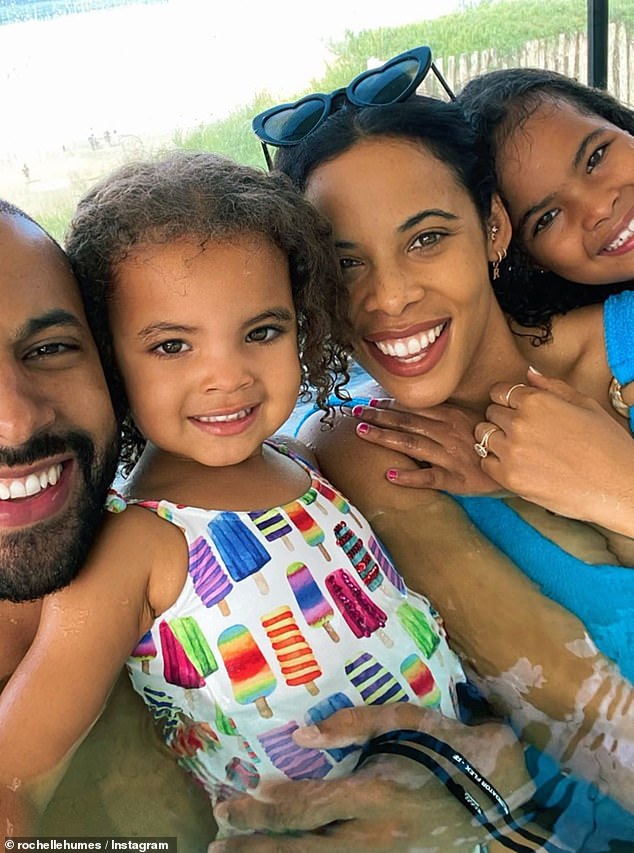 Family matters: Rochelle Humes was beaming from ear to ear as she posed for a photo on Saturday with her husband, Marvin Humes, and their children Alaia-Mai and Valentina

Rochelle sported a cobalt blue one-piece and let her natural beauty shine through by going make-up free in her candid pool selfie with her husband and children.

The family resemblance was uncanny as the family of-four cuddled up to each other from their luxury holiday spot. 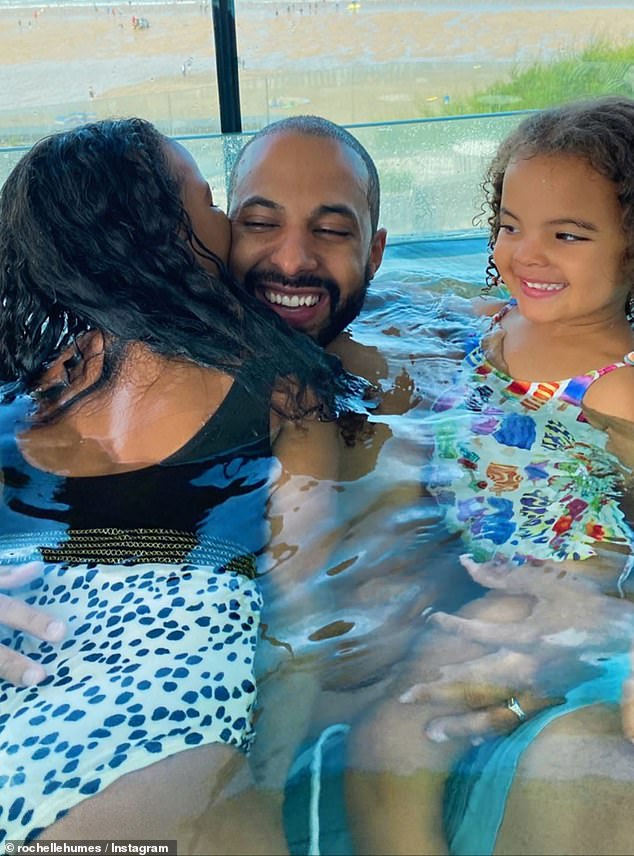 Staycation: The JLS singer, 35, was the picture of happiness as he cuddled up to his precious children, seven and three, as they relaxed in the pool during their weekend holiday in the UK

The Saturdays’ singer also shared an endearing snap of Marvin beaming with happiness as she posed with his little ones in a hot tub.

For the rest of the day, they headed down to the beach and Rochelle captured her young brood building sandcastles and making a small pool in the sand.

Alaia-Mai looked like the spitting image of her mother as she wore a mint-green jumpsuit with white piping and a black cap to protect herself from the sun. 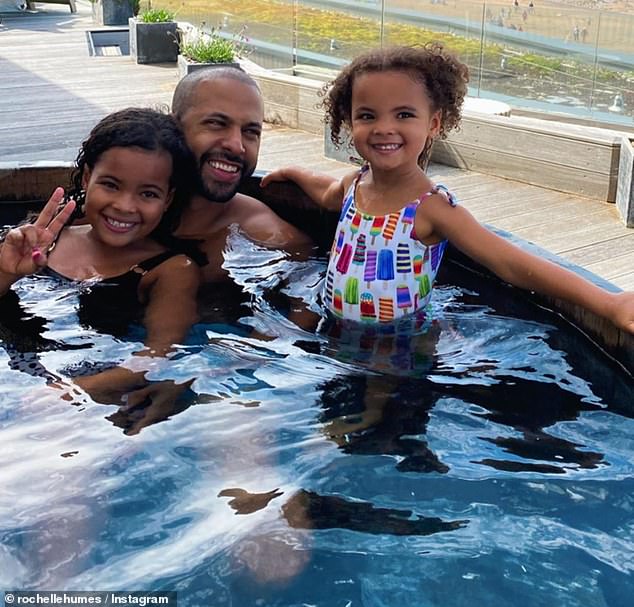 Ultimate relaxation: Alaia-Mai, seven, set the tone of the holiday as she gave a peace sign to the camera as she chilled in a hot tub with her family wearing an adorable navy swimsuit 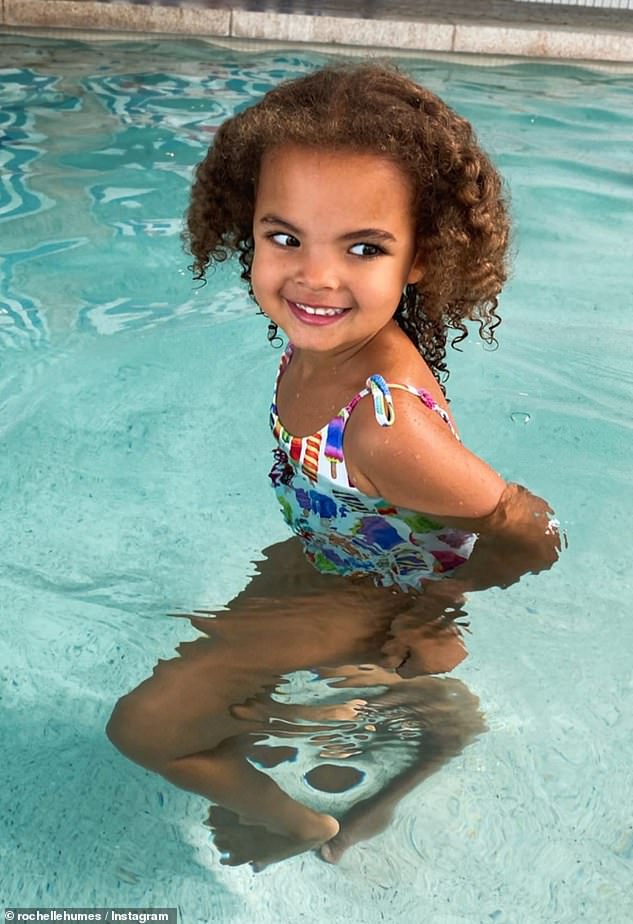 All smiles: The youngest of the Humes family, three, looked like she was having a whale of a time as she played in the water wearing a cute lollipop swimming costume

Her younger sister was wearing an equally adorable floral dress and straw hat as she packed the sand into her castle mould.

As they returned to their holiday home to get warm, Rochelle captured an image of her toddler, Valentina, in a cosy pin-striped white and pink towel robe.

The mother-of-two announced in April that she and her husband are expecting their third child in October this year. 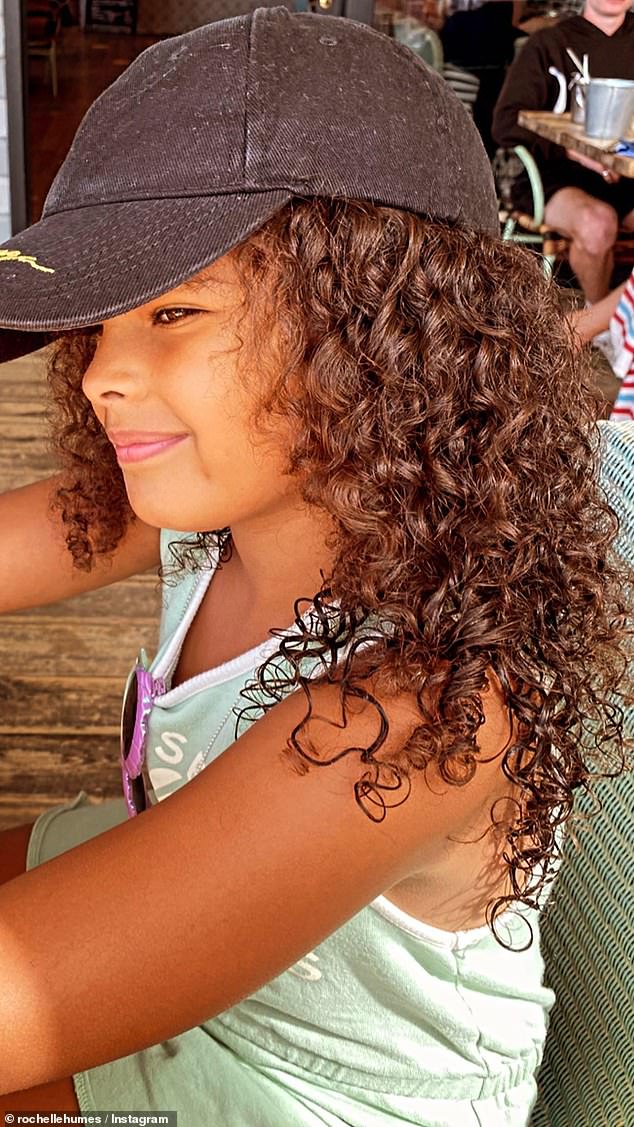 Family resemblance: Rochelle posted a snap of her eldest child at the beach as she wore a mint-green playsuit with a black cap and looked like the spitting image of her famous mother 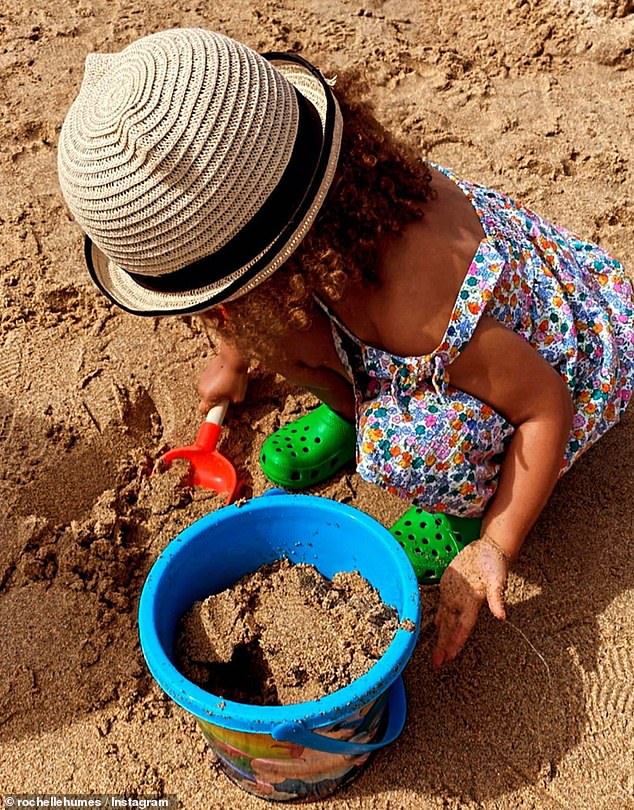 Day trip: Valentina also enjoyed everything that the beach has to offer as she attempted to build a sandcastle with her family and wore a floral printed dress

They are expecting their first boy and her two daughters are just as excited as she is.

During an interview with Hello! Rochelle said: ‘The girls are so excited, they literally don’t leave me alone.

“I don’t get a minute; they are just obsessed. They keep saying: ‘What’s my baby brother doing now?’ And I just say: ‘Still in my belly.'” 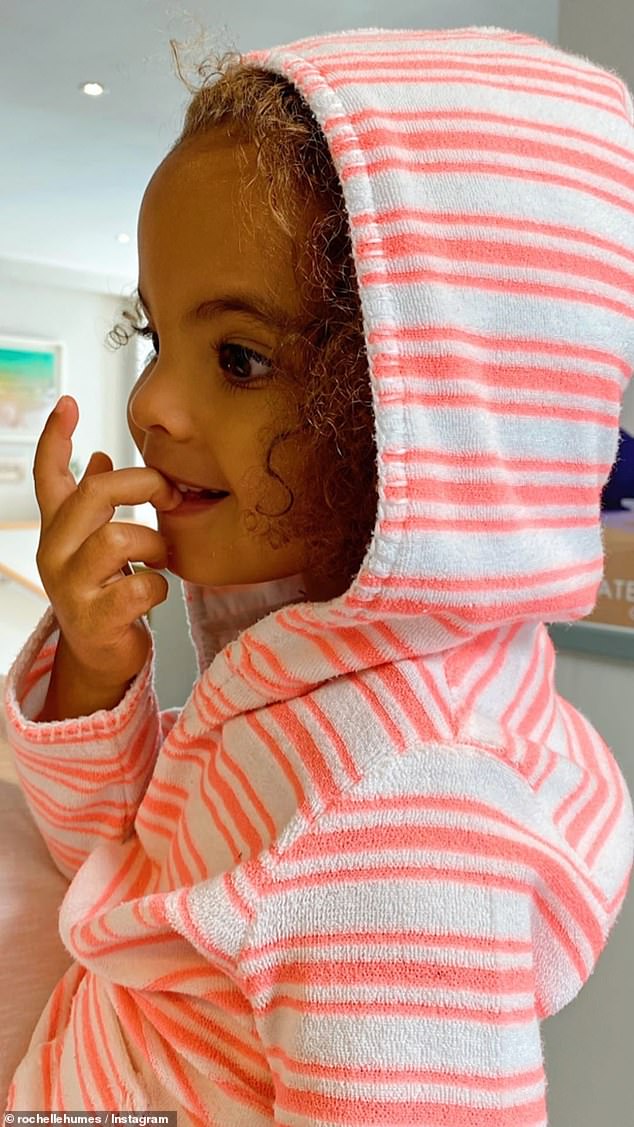 Keeping dry: As they returned to their holiday home, Rochelle captured her youngest child drying off in a sweet white and salmon pink towel robe 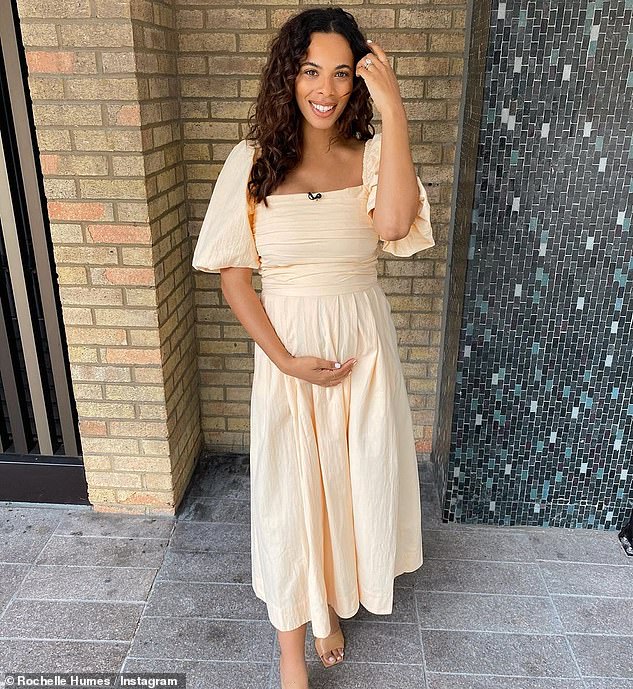 Baby on the way: In April, the Saturdays’ singer announced that she was pregnant with her third child who she will welcome into the world with her family in October later this year

According to her husband of eight years, Marvin, lockdown has been a special time knowing that they have their first son on the way.

He said: ‘Home is special for us, and we’ve tried to keep making fantastic memories and spend quality time as a family during lockdown. It’s even more special with a baby boy on the way too.

‘Trying to navigate family life and work commitments during lockdown at times has been challenging but we’ve both embraced the new normal, I guess, for ourselves but also the girls.’ 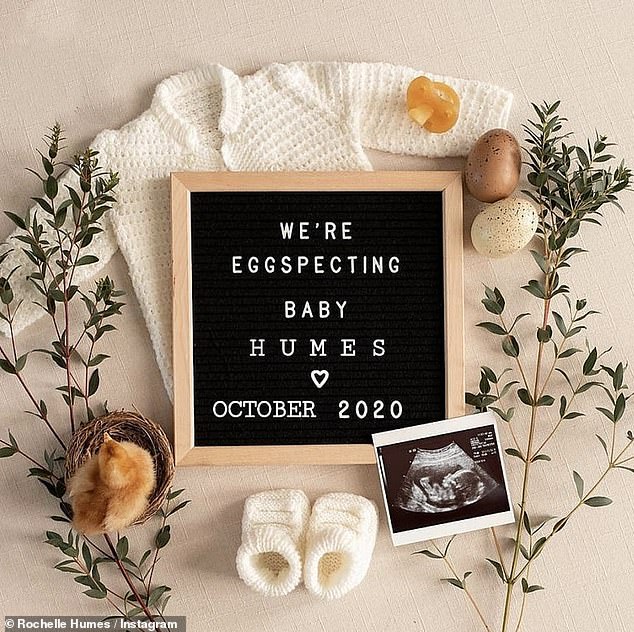 Special time: According to her husband of eight years, Marvin, lockdown has been challenging but incredibly special since they discovered that they are expecting their first baby boy

Has she had more work done? Angie Kent shows off her puffy cheeks at the hair salon 0