Krystal shared a number of breathtaking photos of herself posing on a cliff wearing an off-the-shoulder orange gown. 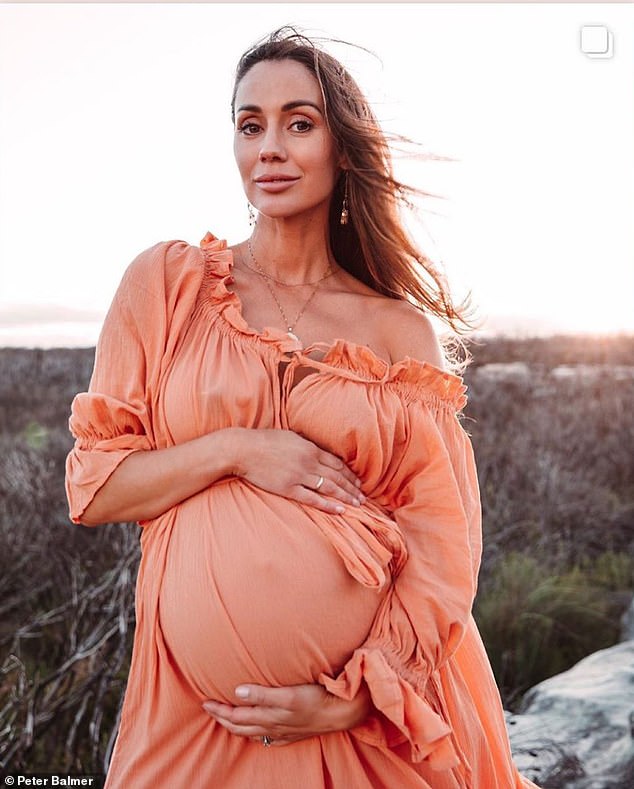 Baby on board! Pregnant Big Brother star Krystal Forscutt, 33, (pictured) flaunted her blossoming bump in stunning photos by Peter Balmer, as she prepares to welcome her third child in the coming months

The brunette beauty affectionately cradled her baby bump in the photo, placing her hands lovingly around her bump.

She wore her brunette tresses out, allowing them to fall past her shoulders. The beauty is around 27 weeks pregnant.

Krystal is already a mother of two children: Sunny, five, and Nakoda, one. 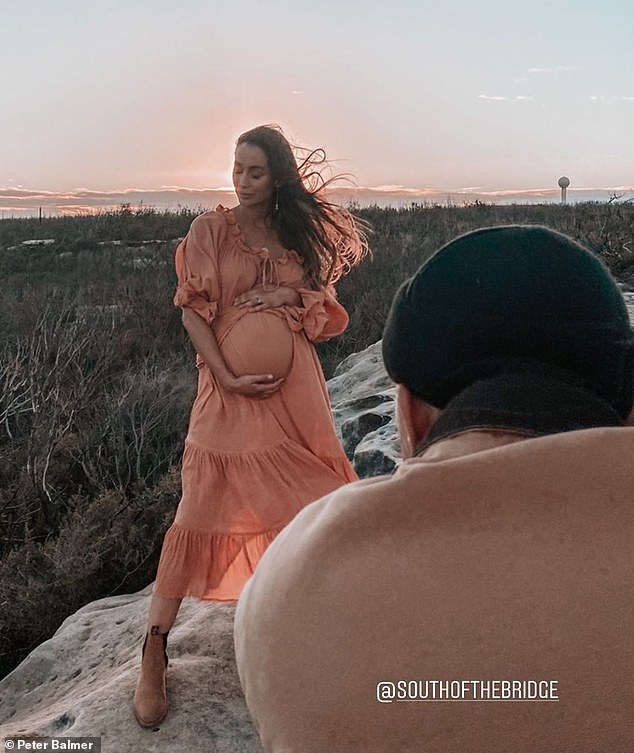 Tender: The brunette beauty affectionately cradled her baby bump in the photo, placing her hands lovingly around her blossoming bump

The Big Brother icon has certainly not been shy when it comes to documenting her pregnancy on social media.

The former Zoo cover girl posed on the floor in a knitted beige jumper and matching trousers earlier this month. In the photo, she lifted up her sweater to reveal her baby bump.

‘Rainy days are for baking,’ Krystal captioned the post, adding the hashtags ‘bun in the oven’ and ’25 weeks.’ 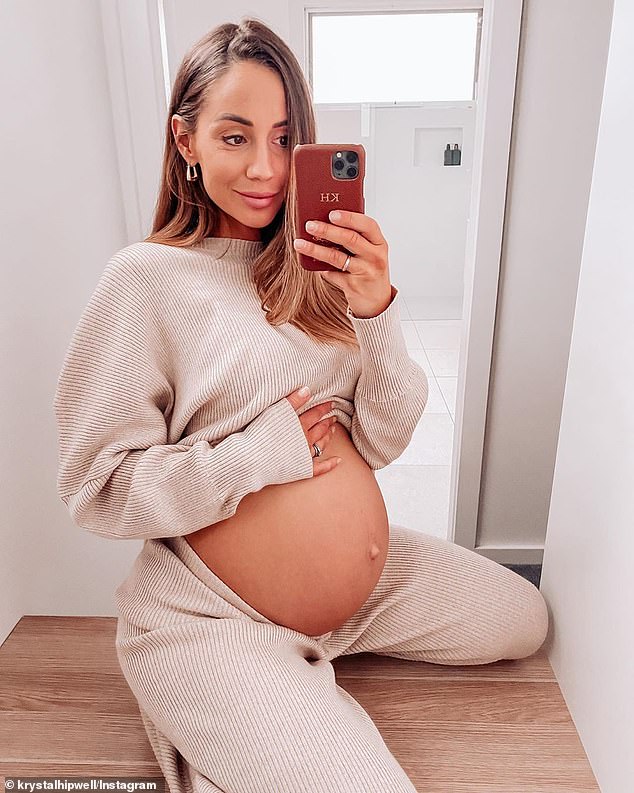 Oh baby! Krystal showed off her burgeoning belly on Instagram earlier this month

In March, Krystal announced that she was pregnant with her third child. 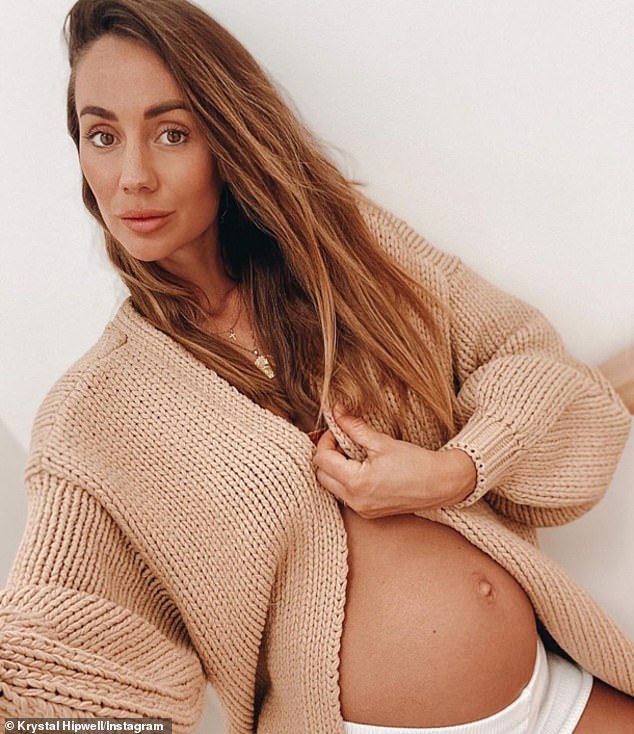 New addition: In March, Krystal announced that she was pregnant with her third child

That same month, she also revealed on Instagram that she almost suffered a devastating miscarriage. Krystal has suffered two miscarriages in the past.

She said at the time that doctors told her to be ‘cautiously optimistic’ with the rest of her pregnancy.

‘We had the fright of our lives, in a public bathroom I had a really bad bleed and we were convinced that there was no way our little baby would make it after losing so much blood,’ Krystal explained. 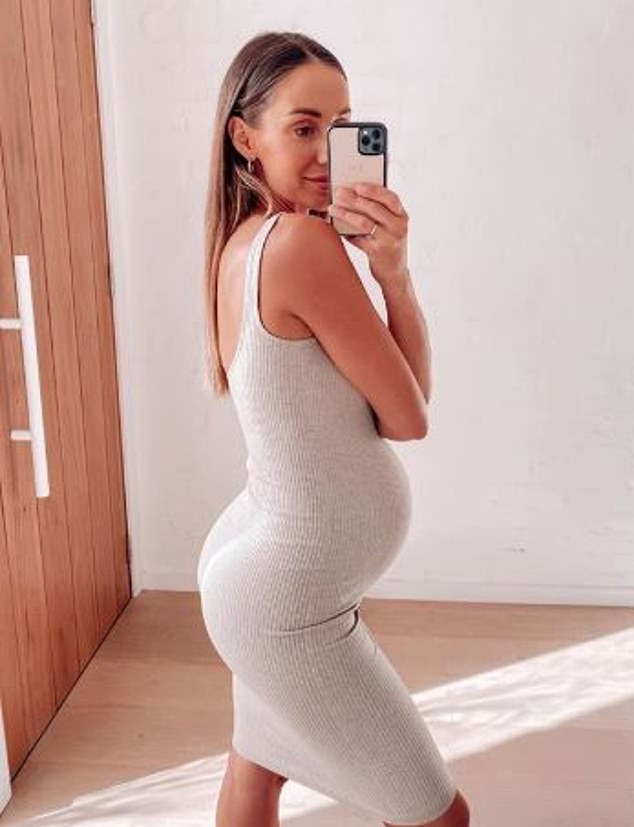 Scary: That same month, she also revealed on Instagram that she almost suffered a devastating miscarriage

‘I went to emergency and was told that I was most likely suffering an impending miscarriage.’

She added: ‘That evening my heart felt like it was being crushed. I was mourning for another child that I had never met. I just couldn’t believe this was happening again.’

Krystal and her husband, property developer Neil, prayed for a miracle.

When she eventually went to her doctor’s appointment, she was amazed when the specialist heard their baby’s heartbeat.

‘We were so shocked that our little baby had survived,’ she said. ‘We believe it is nothing short of a miracle! We still aren’t completely out of the woods just yet.

‘We are scared but hopeful for our baby’s future and so grateful to God.’ 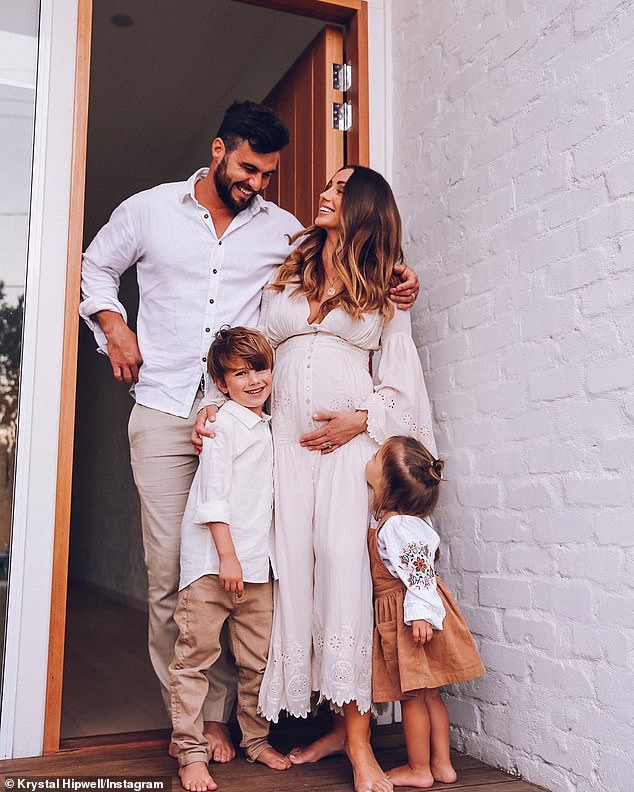 Family: Krystal and husband Neil share children Sunny, five, and Nakoda, one, together

Apple iMac 27-inch review: the best iMac you can buy …but that might not be true for long 0

Kelly Osbourne stuns fans with her 85 pound weight-loss transformation: 'Can you believe it?' 0

Bachelor in Paradise's Conor and Mary living together in Tasmania 0

Melania Trump bombshell: Reason why Donald Trump is 'scared' of the First Lady 0