'Here's looking at you, kid': Pierce Brosnan marks the seventh anniversary of his daughter Charlotte's death with a touching Instagram


‘Here’s looking at you, kid’: Pierce Brosnan marks the seventh anniversary of his daughter Charlotte’s death with a touching Instagram post

Pierce Brosnan has marked the seventh anniversary of his daughter Charlotte’s death with a touching post on Instagram.

The former James Bond, 67, shared a snap taken from his Hawaii home by his wife Keely Shaye Smith.

The actor looked at peace as he relaxed on his porch in a white linen shirt, sunglasses and shorts. 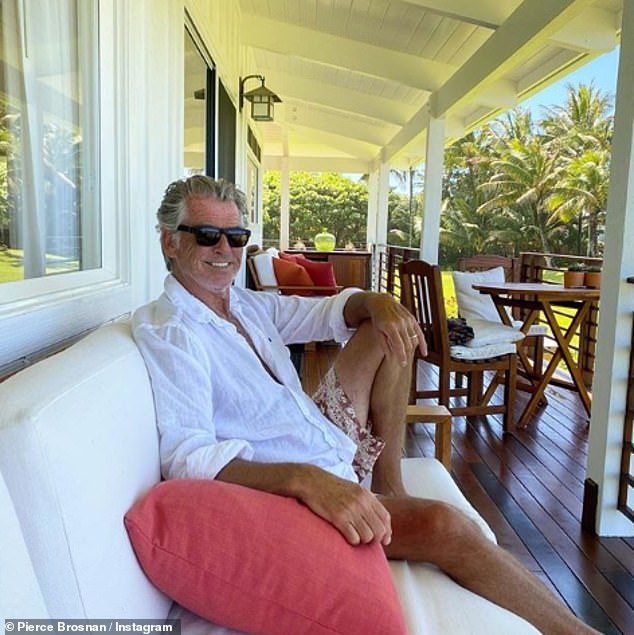 Poignant: Pierce Brosnan marked the seventh anniversary of his daughter Charlotte’s death with a touching post on Instagram

The star wrote in memory of Charlotte, who died of ovarian cancer aged 42 on June 28, 2013, and also wished happy birthday to his granddaughter Marley May who turned five this month.

He said: ‘Here’s looking at you kid… in remembrance of Charlotte and with happy birthday wishes for my darling Marley May.’

In remembrance: The former James Bond, 67, also wished happy birthday to his granddaughter Marley May on Monday 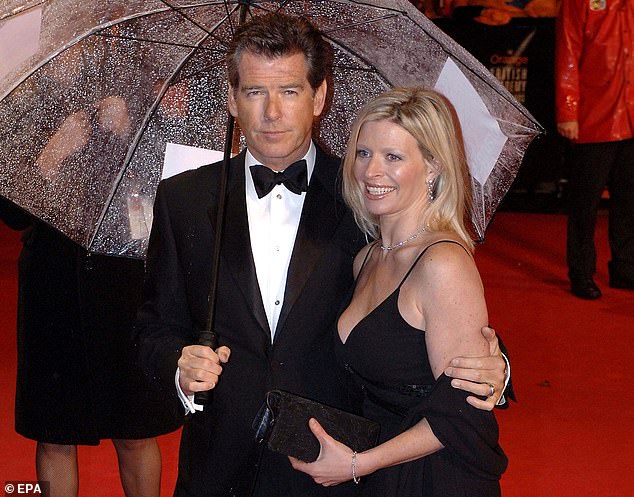 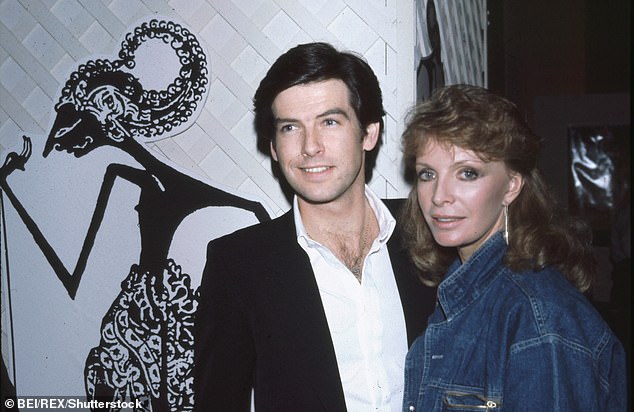 Cassandra had two children, Charlotte and Chris, from a previous marriage to Dermot Harris who died in 1986.

Cassandra also died of ovarian cancer in 1991 after 11 years of marriage with Pierce.

They also had a son, Sean, who now has a young daughter, Marley May with his wife Sanja Banic. 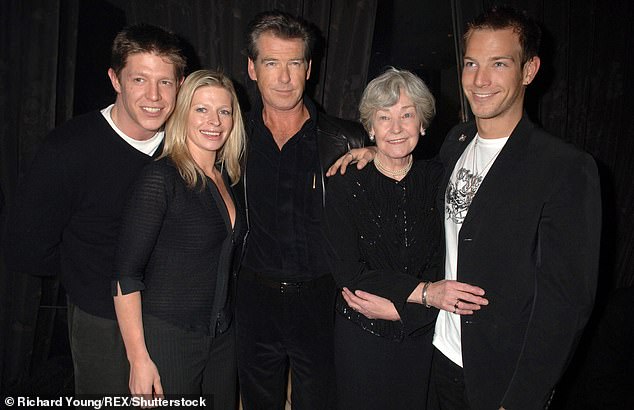 Fond memories: The actor, pictured in 2006 alongside children Christopher (far left), Charlotte (centre left), and Sean (far right) as well as his mother Mary May (centre right) has suffered heartbreak 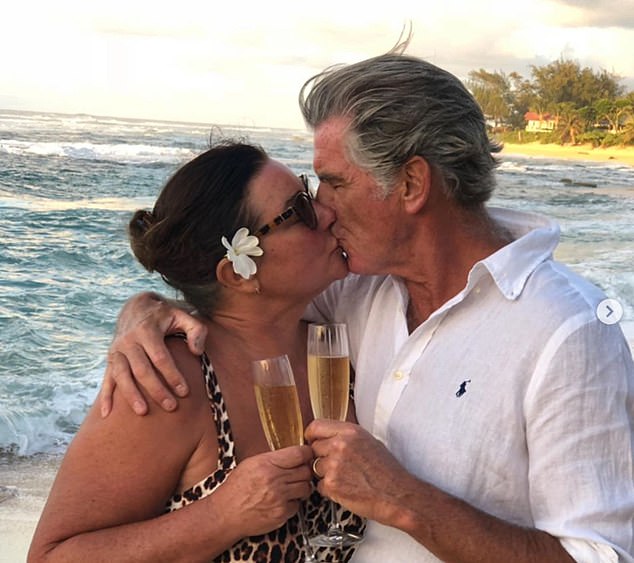 Pierce went on to marry Keely in 1994 and they share two children, Dylan and Paris.

It comes after Pierce revealed this month that two of his lifelong friends have died after battling coronavirus.

The actor branded the disease ‘a war’ and described COVID-19 as an ‘awful threat to life looming’ during a cover feature with the latest issue of Parade magazine.

He said: ‘I lost two friends to COVID-19. They were friends of 45 years, and I am godfather to his son. 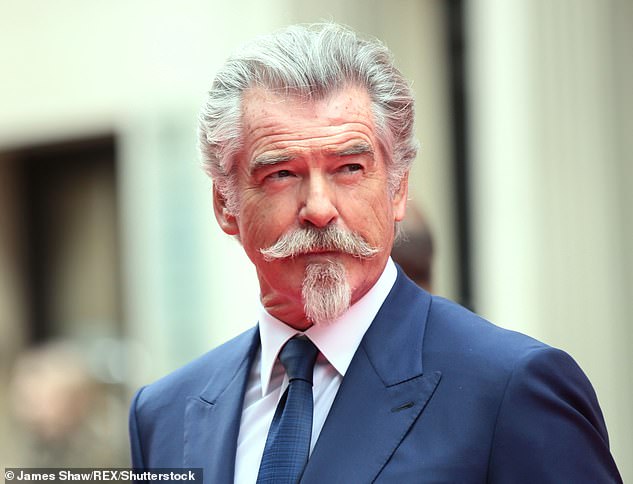 Devastating: Pierce recently revealed that he’s lost two lifelong friends to coronavirus, asserting: ‘We are at war… People are dying!

‘No matter where you are and how beautiful it may be, you still have this awful threat to life looming.

The actor added that he hopes a silver lining of the pandemic may be that people are kinder and more aware of the ‘fragility of our planet.’

Pierce has been isolating with his wife Keely in their family cottage on the island of Kauai in Hawaii. 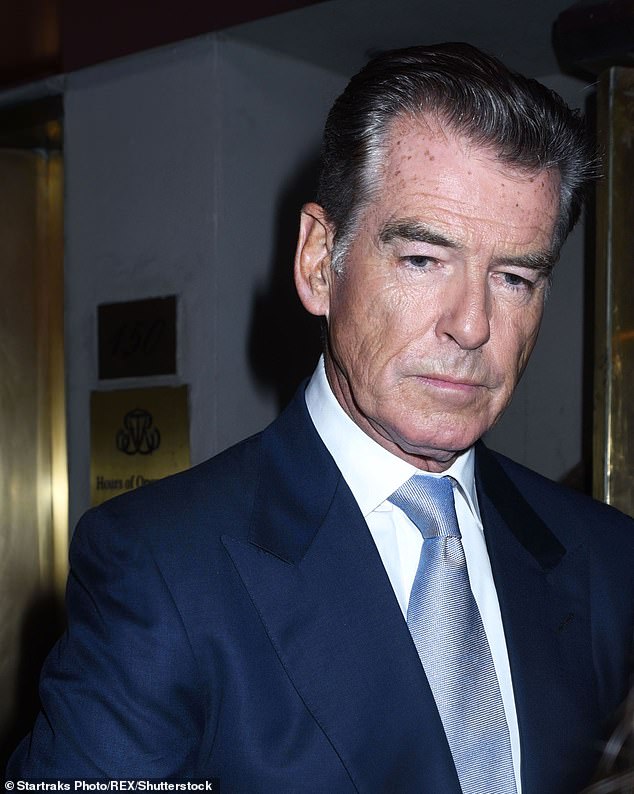 Everyone is in danger: The James Bond star also insisted that, regardless of your location there is still an ongoing ‘threat to life looming’

Heart attack: Eating too much of a certain food could raise your risk of the condition 0