What did I say again? Phoebe Burgess poses for stylish selfies outside Channel Seven headquarters after insisting 'motherhood isn't gl

Seahawks' Quandre Diggs pinpoints how the coronavirus spread: 'It's cockiness'
Donald Trump Jr: 'It's time to stand up for law and order'
Candace Cameron Bure talks getting healthy after eating disorder: 'It's been an ongoing journey for me'


What did I say again? Phoebe Burgess poses for stylish selfies outside Channel Seven headquarters after insisting ‘motherhood isn’t glamorous’ on The Morning Show

Phoebe Burgess insisted that motherhood ‘isn’t glamorous’ during her appearance on The Morning Show on Thursday.

But that didn’t stop the 31-year-old blogger from posing for a series of very stylish selfies outside Channel Seven’s Sydney headquarters after her interview.

In the photos, which she uploaded to Instagram that same day, the former NRL WAG wore a $1,000 pink pantsuit by Camilla and Marc. 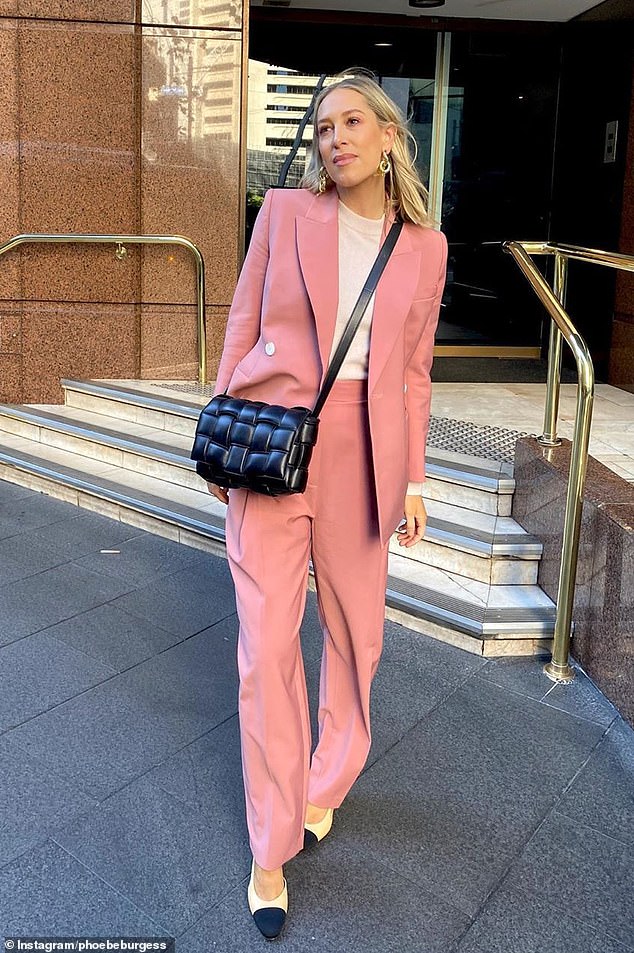 What did I say again? Phoebe Burgess posed for a series of stylish selfies outside Seven headquarters after saying ‘motherhood isn’t glamorous’ on The Morning Show on Thursday

Phoebe, whose ex-husband is retired NRL star Sam Burgess, teamed her outfit with Chanel slingback heels worth $1,340 and a Bottega Vanetta handbag valued at $3,850.

‘Back to business as usual,’ she wrote in the caption.

Despite her designer wardrobe and privileged life, Phoebe insisted on The Morning Show that being a single mother isn’t as glamorous as she makes it seem. 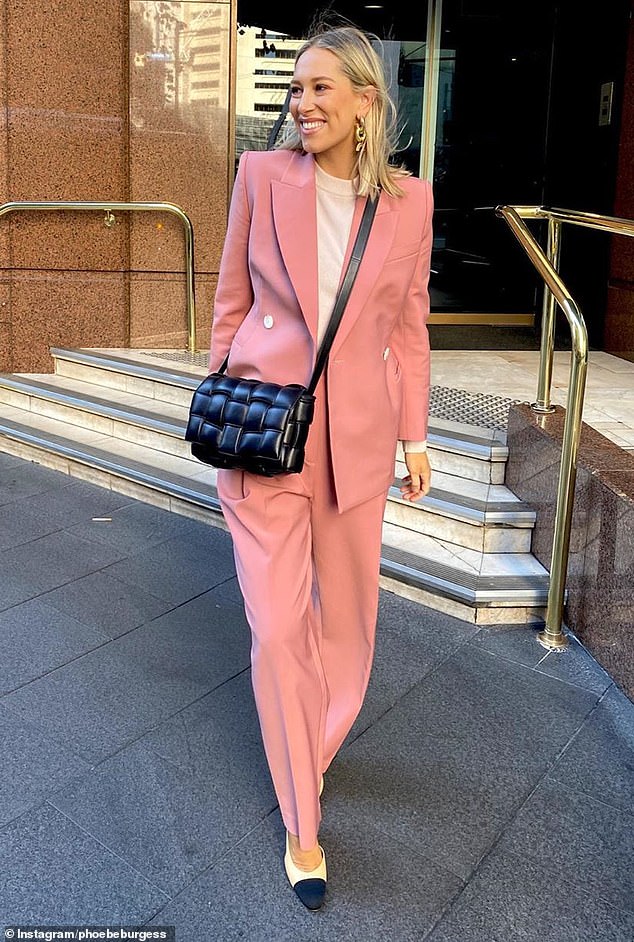 Head-to-toe designer: In the photos, the blonde beauty showed showed off a $1,000 pink suit by Camilla and Marc. She teamed her outfit with luxury items Chanel slingback heels, worth $1,340, and her Bottega Vanetta handbag, valued at $3,850

Phoebe told hosts Larry Emdur and Kylie Gillies: ‘There’s not makeup every day, it’s not glam being a single mum.’

‘I do have help [from] their grandparents. My parents are amazing,’ she added, fighting back tears after being asked about life post-separation.

The influencer, who promotes brands such as Ostelin vitamins and L’Oreal, also said that she tries to be honest with her followers about single motherhood. 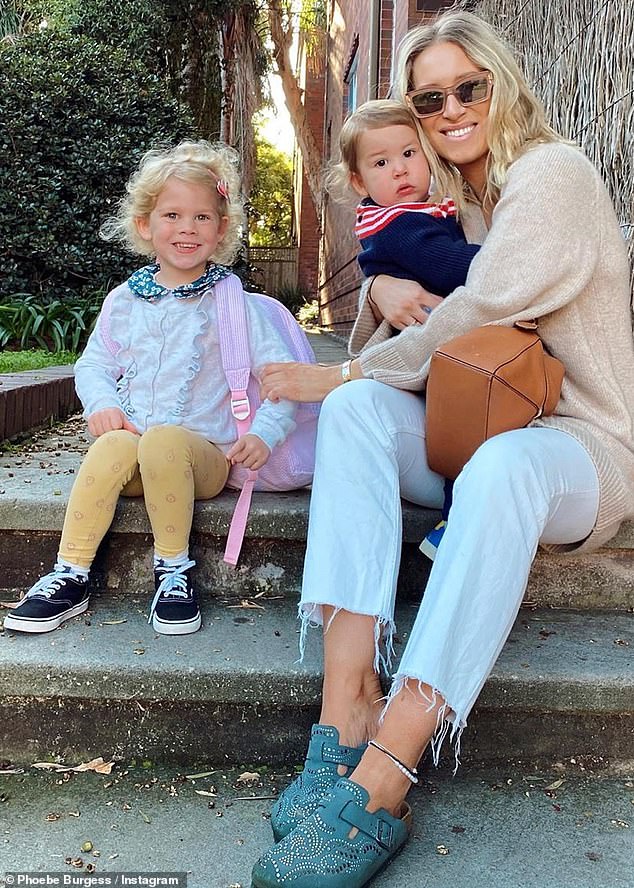 Motherhood: It comes after she insisted that being a single mother is not as glamorous as it may appear on Instagram. She said on The Morning Show: ‘There’s not makeup every day, it’s not glam being a single mum’ (Phoebe with her daughter Poppy and son Billy)

She insisted: ‘I don’t like to portray a perfect scenario. It’s not perfect.’

In April, they finalised their divorce after five years of marriage and she reportedly walked away with 70 per cent of their marital wealth. 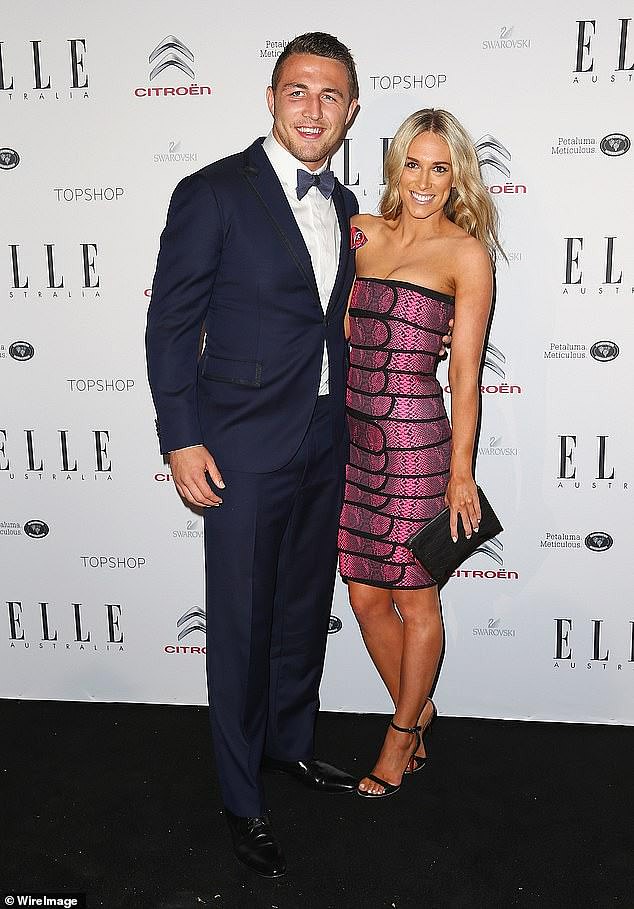 Over! Back in April, Phoebe finalised her divorce with former South Sydney Rabbitohs star Sam Burgess after five years of marriage. She reportedly walked away with 70 per cent of their marital wealth, according to The Daily Telegraph (pictured together)

Andrew McCutchen believes Yankees need to get rid of haircut policy: 'It takes away from our individualism' 0