Peter Andre and his wife Emily are considering having a third baby together, after their youngest child starts school next year.Singer Peter, 47, a


Peter Andre and his wife Emily are considering having a third baby together, after their youngest child starts school next year.

Singer Peter, 47, and his 31-year-old wife are already raising Amelia, six, and Theo, three, together – while they also take care of the hunk’s teen children Junior, 15, and Princess, 13, from his marriage to Katie Price.

And NHS doctor Emily has admitted that she and her husband are now mulling over the idea of expanding their brood, after Princess begged for another sibling. 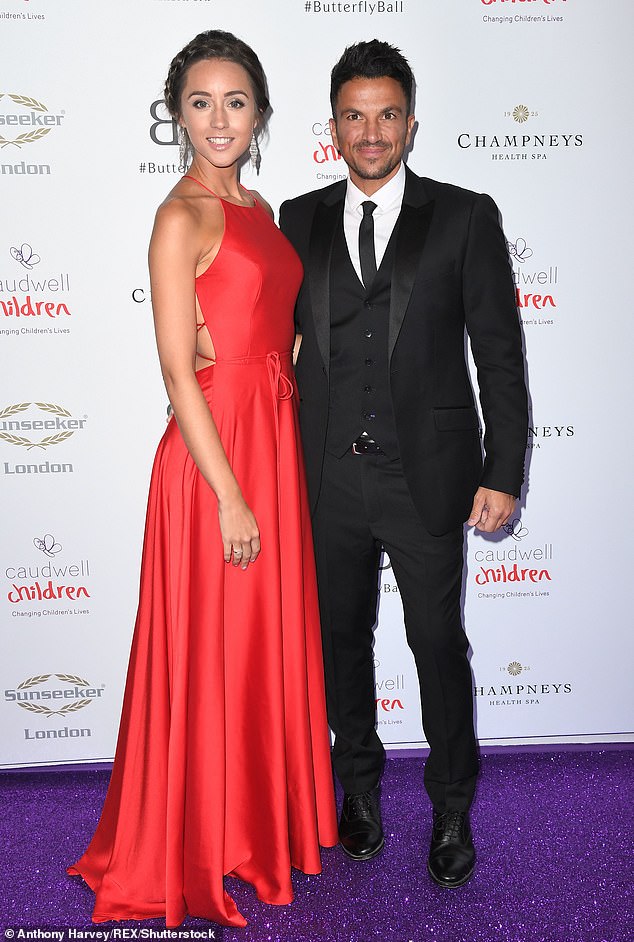 Expanding the brood: Peter Andre and his wife Emily are considering having a third baby together, after their youngest child starts school next year. Pictured in 2019

Writing in her OK! column, she said: “Pete has said Princess really wants us to have another baby, and I think Millie would also say yes to another sibling, too.

“At the moment, I’m happy with the way things are and am in no rush for another baby. Whenever I think it’s a good idea I just remember how far we’ve come and how lovely things are with the kids now.

“We’re just at the stage where we can do really fun things with them and have quality time together without worrying about a changing bag or nappies. However, I have said that when Theo goes to school next year I may have a change of heart.’ 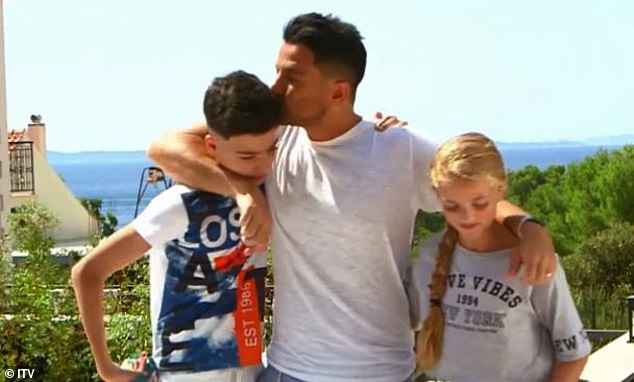 Family: As well as his two children with Emily, Peter is also dad to Junior, 15, and Princess, 13

Mysterious Girl hitmaker Peter had previously revealed that his son Junior was far from keen about the idea of having a younger brother or sister.

Writing for new! magazine, the star explained: ‘Bista [Princess] really wants us to have another child, but Junior is like “No!”

‘He says he doesn’t want to be 17 with a baby that’s just been born – he doesn’t there to be that much of an age difference. But how does he think I’ll feel? There will be 47 years in the difference.’

Last month, Peter shared a stunning glimpse of his idyllic wedding to his wife Emily to mark their fifth anniversary as a married couple. 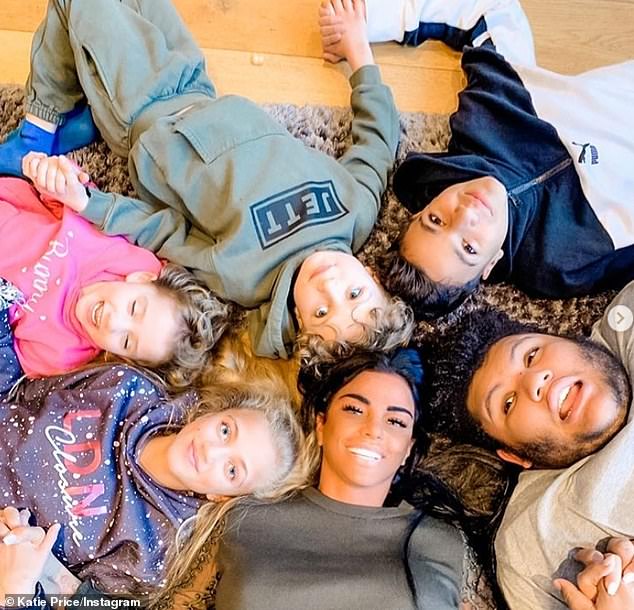 One big family: He shares his teen children with ex-wife Katie Price, who is also mother to Harvey, 18, Jett, seven, and Bunny, six, from other relationships

The pop star offered his followers a sneak peek inside his idyllic nuptials to the NHS doctor, as he shared snaps from their wedding album.

In a series of unseen clips and snaps from the day, the newlyweds could be seen sharing an emotional embrace and letting their hair down on the dance floor.

Emily looked breathtakingly stunning in a floor-length lace dress with intricate semi-sheer lace detailing across the chest and sleeves of the garment.

The ballgown style dress was teamed with a traditional flowing veil, while she head a bouquet of pastel-coloured roses in her hands. 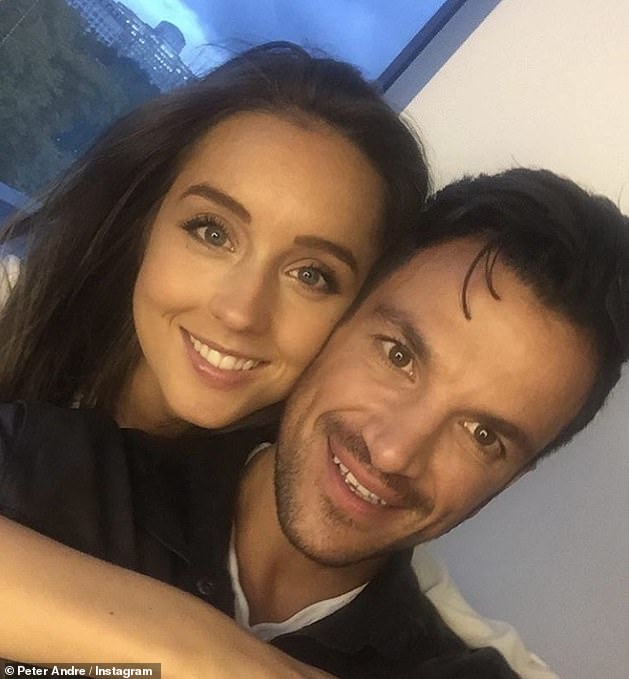 Not keen: Mysterious Girl hitmaker Peter had previously revealed that his son Junior was far from keen about the idea of having a younger brother or sister 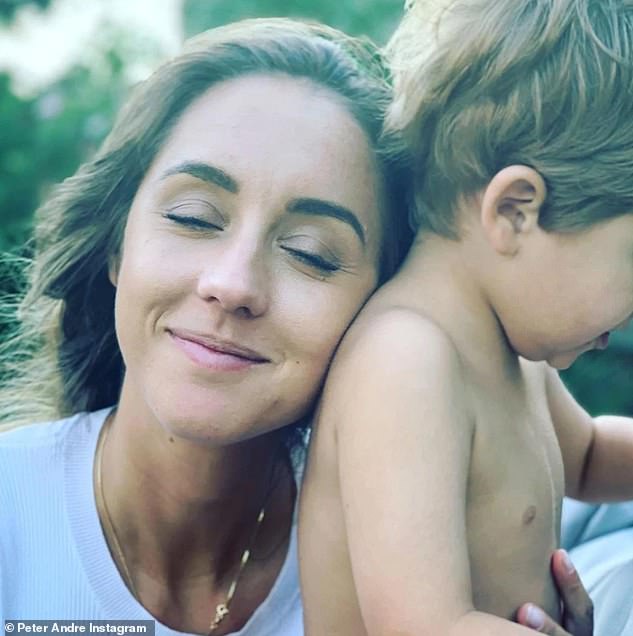 Retaining privacy: While fans have become used to seeing Junior and Princess in the media, Emily has made a point of keeping her offspring’s faces out of the limelight

Later in the day as the evening reception commenced, Emily appeared to chance into a different gown, which featured appliqué flowers rather than lace.

Peter looked smart and handsome in a three-piece suit with a steel grey tie, which his groomsmen all mirrored.

Once the party got going, Peter removed his tie as he opted for a more casual ensemble to dance the night away with his new bride.

The couple looked entirely loved-up as they held each other in their arms, while watching the fireworks at the end of the evening. 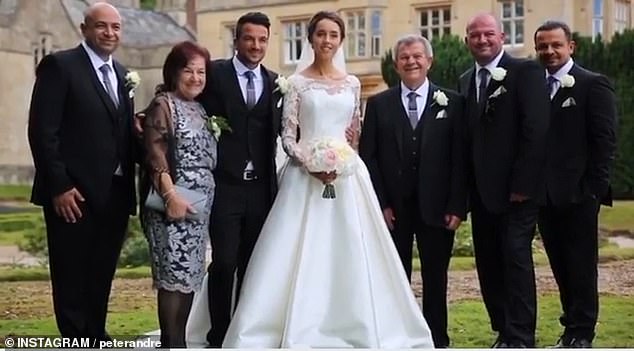 Wedding: Last month, Peter shared a glimpse of his wedding to Emily on their fifth anniversary

Peter, who wed Emily at Mamhead House in Exeter in 2015, shared his thoughts on the magical memories.

The couple had planned to mark the milestone with a romantic return to Santorini, Greece, where they had honeymooned.

But due to the COVID-19 pandemic and subsequent lockdown they have been forced to stay at home with their brood and Emily also had to isolate. 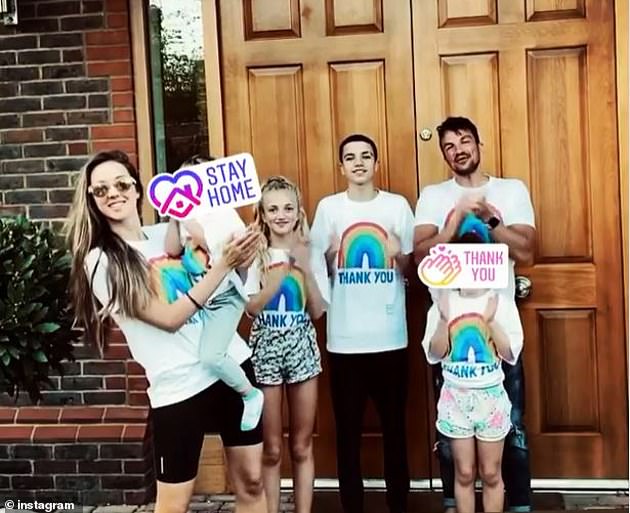 Quality time: Junior and Princess spend a lot of time with their dad, his wife, and their brood

Putin power grab: Russian leader on verge of win to keep him in power LONGER than Stalin 0