Paul Elliott has candidly revealed he still suffers from a ‘physical pain’ two years on from his brother Barry’s tragic death.

The comic, 72, one half of the stand-up duo The Chuckle Brothers, was left devastated when Barry passed away from bone cancer in 2018, but has vowed to continue working as it’s when he feels closest to his late sibling.

Paul also admitted on Thursday’s This Morning that even thought he still grieves his brother’s death, he feels his presence in his dreams, leaving him hopeful he’s in a better place. 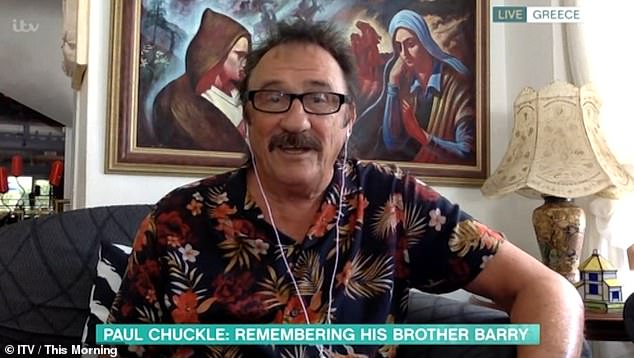 Hard: Paul Elliott, 62, has candidly revealed he still suffers from a ‘physical pain’ two years on from his brother Barry’s tragic death

Paul said: ‘A lot he’d been with me for 70 years, we worked together as partners for 55 years. I still miss him today.

‘The physical pain you get when somebody dies, it is a physical thing, not just a pain.

‘There was originally six of us, five boys and one girl and now there’s Brian and myself left, Sheila was the first to die, then Colin, then Barry then a year after Barry, Jimmy died.’ 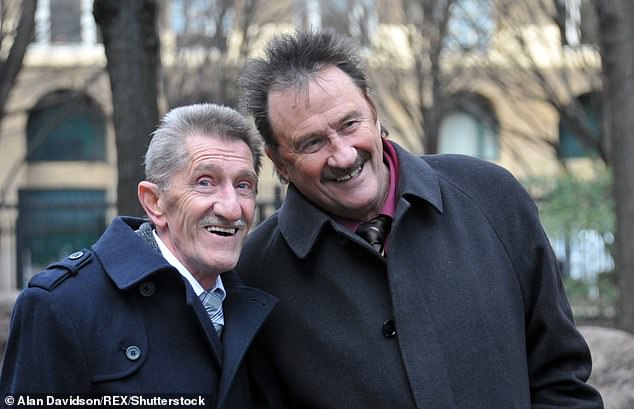 Challenging: The comic one half of the stand-up duo The Chuckle Brothers, was left devastated when Barry passed away from bone cancer in 2018 (pictured together in 2014)

Barry died in 2018 at the age of 73 following a long battle with bone cancer, and Paul revealed at the time he had no idea about his illness until just two months before his sudden passing.

He added: ‘He wanted to work he loves working he loved making people laugh, and he knew if I found out and his management would have made him go and get it sorted. That is something else he never liked, he never like hospitals.’

Paul also told Eamonn Holmes and Ruth Langsford that he continues to work as it’s when he feel closest to his late brother.

‘We were always together, always working together, he was never in my dreams. As soon as he’s died he’s always been in my dreams with me as well which think of as him being in an afterlife.’ 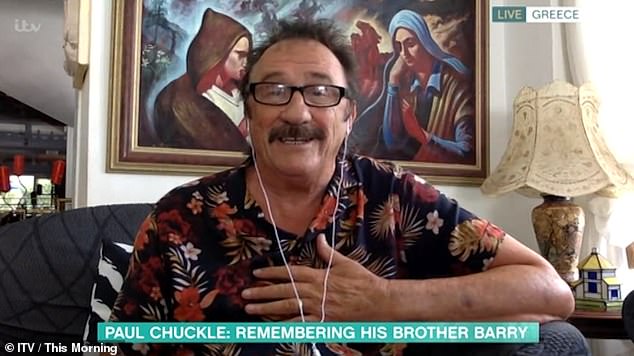 Sad: Speaking on Thursday’s This Morning, Paul vowed to continue working as it’s when he feels closest to his late sibling.

An ambassador for the Marie Curie charity, who helped care for Barry during his final weeks, Paul  also spoke about their plans for a Memory Cloud, which would allow loved ones to connect and share memories of someone they have lost.

Paul and Barry originally toured as the Harman Brothers and went on to win TV’s Opportunity Knocks in 1967.

It wasn’t until the 80s when they got their break performing on the BBC children’s show Chuckle Hounds. 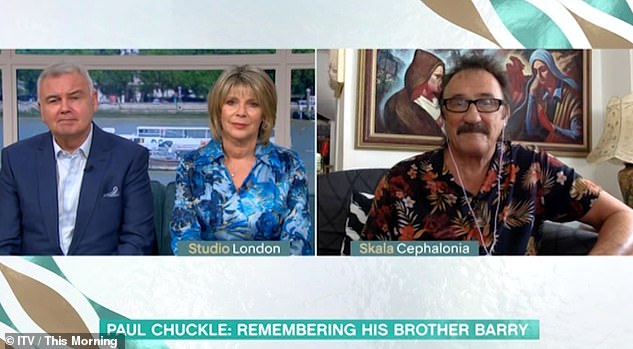 Hard: Paul told Eamonn Holmes and Ruth Langsford: ‘The physical pain you get when somebody dies, it is a physical thing, not just a pain’

The pair were then given their own show, ChuckleVision, in 1984.

After his brother’s death, Paul carried on performing but due to coronavirus lockdown all of his shows have been cancelled.

Paul himself recently recovered from Covid-19 and said that he has been struggling financially as a result of lockdown.

This Morning airs weekdays from 10am on ITV. 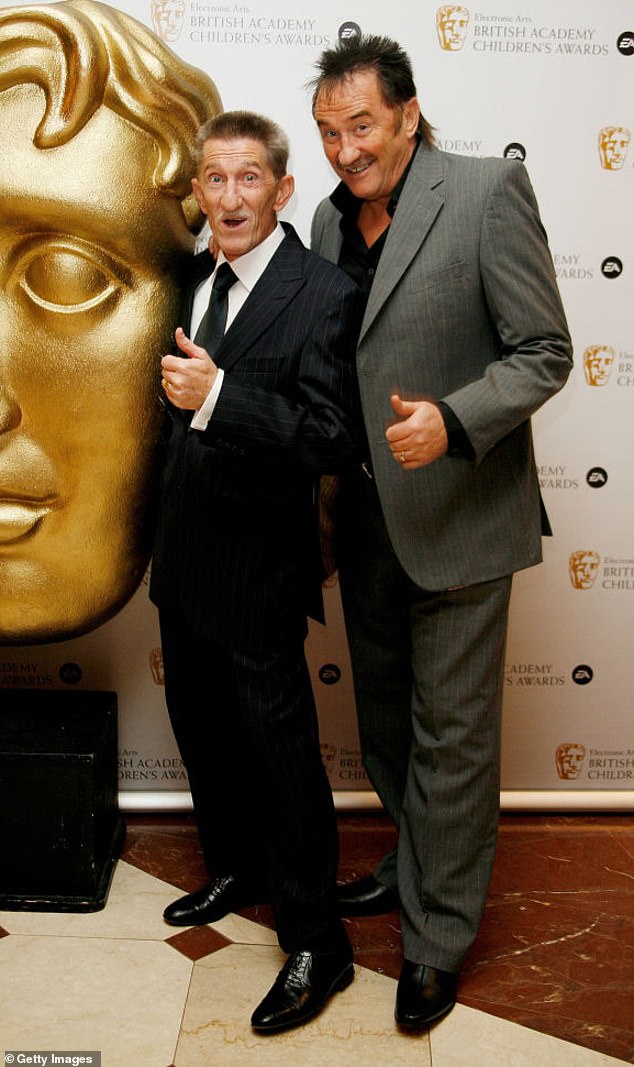 Legends: Paul performed with Barry as the comedy act The Chuckle Brothers for around 50 years, and has continued to work until the COVID-19 pandemic

Married At First Sight: Meet the first contestant from the 2021 season 0

House prices: How to add £12K to the value of your home – key feature 0

Bachelor 'winner' Irena Srbinovska could be headed for MasterChef 0