She has a unique sense of style.

And Paris Jackson was on trend as she stepped out in Los Angeles on Friday for sushi while rocking a typically super trendy ensemble.

The 22-year-old daughter of Michael Jackson was colourful in an oversized Baja hoodie for the outing along with short shorts. 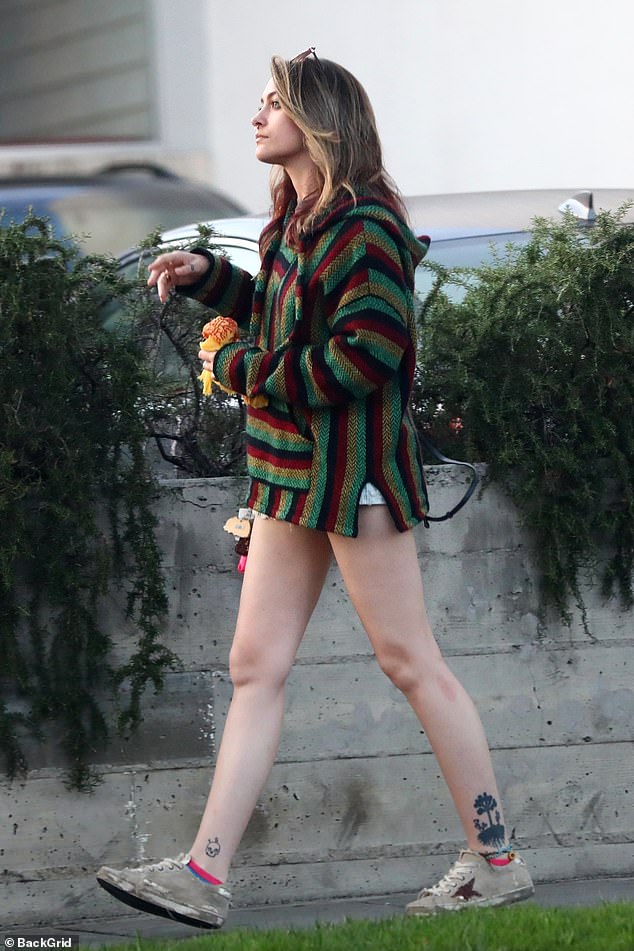 Stepping out: Paris Jackson cut a casual figure as she stepped out for sushi in Los Angeles on Friday

The singer and model matched the multicoloured top with a pair of white shorts.

She completed the ensemble with a pair of worn Golden Goose sneakers and wore sunglasses on her head.

Paris was also showcasing an array of unusual tattoos on her legs during the trip to Hikari Sushi. 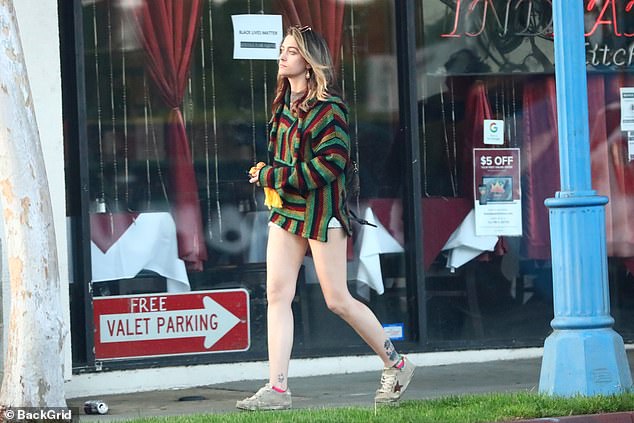 Quirky style: The 22-year-old daughter of Michael Jackson was colourful in an oversized Baja hoodie for the outing

Recently, Paris showed her new black ink drawing of a tree and a climber as featured on the cover of rock band Manchester Orchestra’s album A Black Mile To The Surface, which was released in 2017.

The tattoo was placed just above her quirky John Lennon tattoo and right next to her stylistic red ink tattoo.

Just last month, Paris took her tattoo addiction to a whole other level by inking an intricate design above her pinky toe with her own tattoo machine. 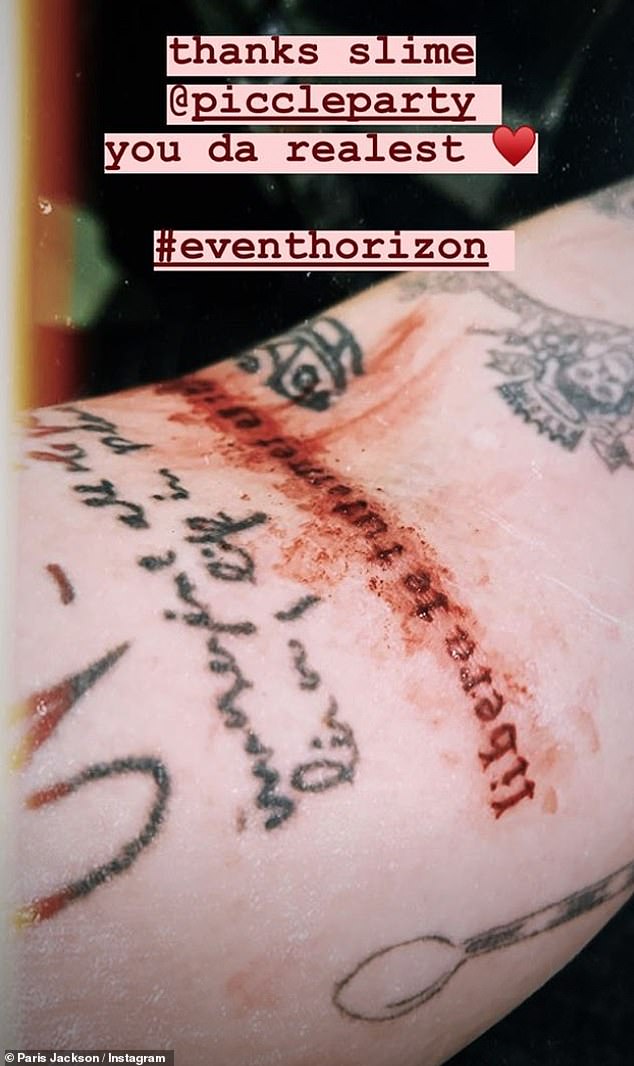 Tattoos: The 22-year-old shared a photo of her new tattoo when home from the parlour however, it was unclear what the writing along her arm said 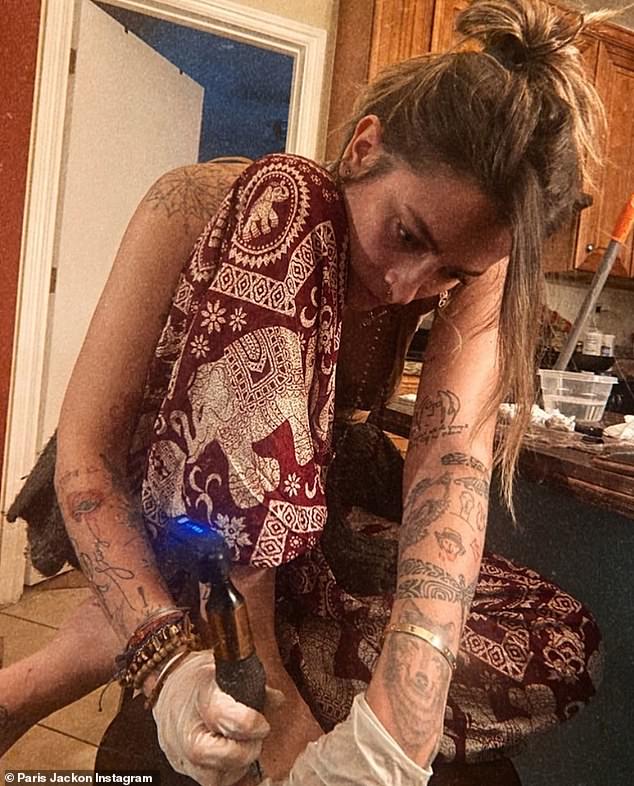 Inked: On her Instagram page, Paris has given a look at her impressive collection of other tattoos

It comes after Paris released her debut track with her folk band, The Soundflowers.

The star announced the release of her band’s debut EP on Tuesday, posting a clip of the love song onto her Instagram account.

She wrote: ‘So insanely excited to share the news that my bands EP that we’ve been talking about for the last two years is finally ready to be released next week on June 23rd. 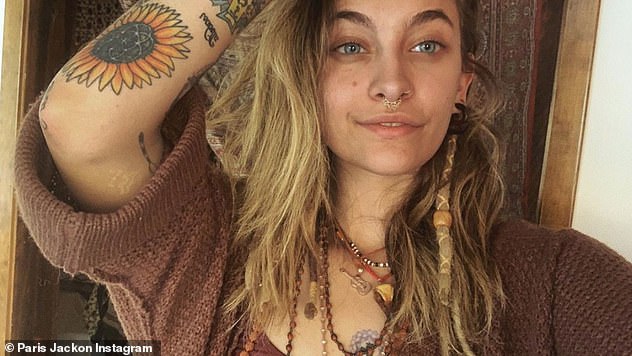 Pretty: These include plenty to cover both arms with a large yellow sunflower above her elbow

‘We’re so eternally grateful for every one of you and all of the support and love you’ve shared with us. I really hope you guys enjoy it..

‘These are some of the organisations we’ll be supporting with our release in solidarity ~ @_beamorg, @blackvotersmtr, @black_womenlead, more info to come. link for pre-save in my bands bio… @thesoundflowers.’

Included in the announcement was a brief cartoon, a sketching of a person listening to a vintage record player as hearts and flowers bobbed along in the background. 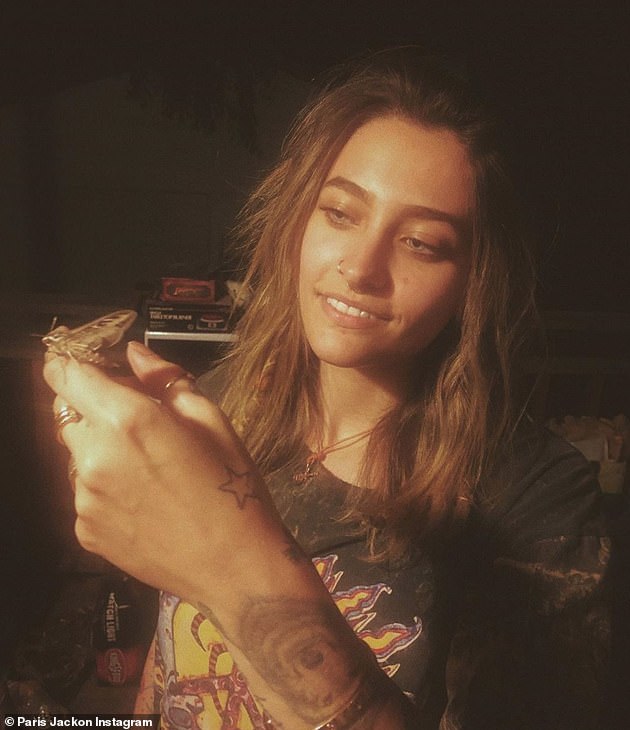 Sweet: Also on her arms, are a wolf’s head, a star and a dream catcher on her shoulder

Loading...
Newer Post
Sen. Joni Ernst on her bill to end lawless zones: 'If they want to be autonomous, then they can exist w/o federal money'
Older Post
Florida congressman: Spike in coronavirus cases 'obviously' an indication of increased testing

Mary J. Blige recalls how 'sweet' The Notorious B.I.G. called her 'Mom' when they first met 0