Olivia Culpo recently had some fun in the sun with her boyfriend, Christian McCaffrey, and friends as they ventured to Cabo San Lucas, Mexico this week.

But on Friday, the Sports Illustrated Swimsuit Issue model embarked on a solo trip to Miami, Florida.

Scroll down to videos 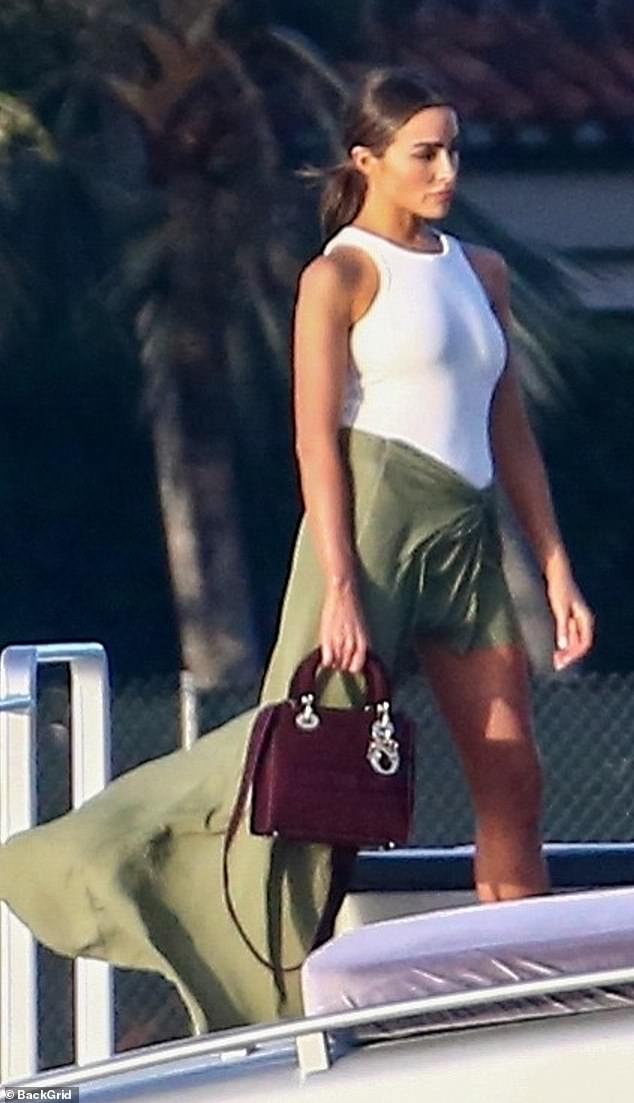 Fun in the sun: Olivia Culpo spent part of her Friday afternoon at a boat party in Miami Beach

Culpo, 28, was among nearly a dozen people who were partying on the docked boat without a protective mask amid the still ongoing COVID-19 pandemic.

She showed off her fit figure in a skintight, sleeveless white top that was paired with  an olive-green, skirt-wrap that tied in the front.

On this day she pulled her long brown tresses into a ponytail with a part in the middle. 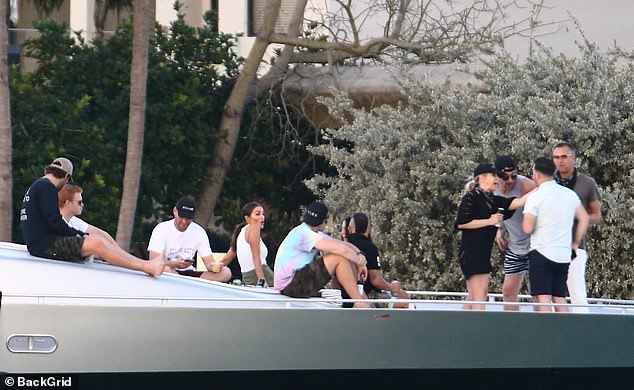 Culpo, 28, was among nearly a dozen people who were partying on the docked boat without a protective mask amid the still ongoing COVID-19 pandemic 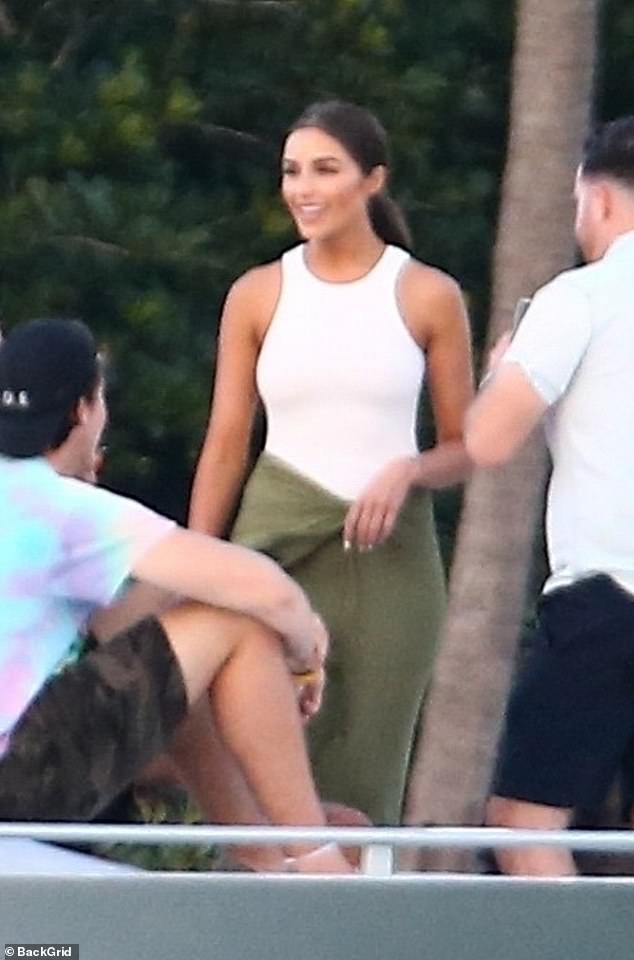 Flattering: The Sports Illustrated swimsuit Issue model showed off her fit figure in a skintight, sleeveless white top and an olive-green, skirt-wrap 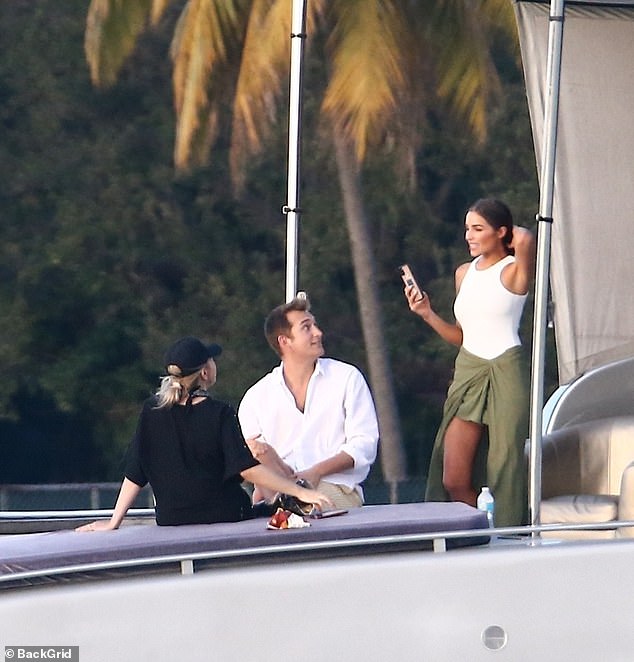 Living large: The model arrived in Miami on Thursday after spending time in Cabo San Lucas, Mexico with her boyfriend and NFL star, Christian McCaffrey, and a few choice friends

Culpo also took to her Instagram page on Friday to share some videos and pictures taken while partying on the boat with her friends and colleagues.

And of course, many of those images were of the model in full-on promo-mode with a VIDE drink in her hand. The VIDE gathering appeared to happen during a break from ongoing business meetings.

Culpo jumped into the canned alcoholic beverage market last year by being one of the lead investors in VIDE Beverages, Inc. 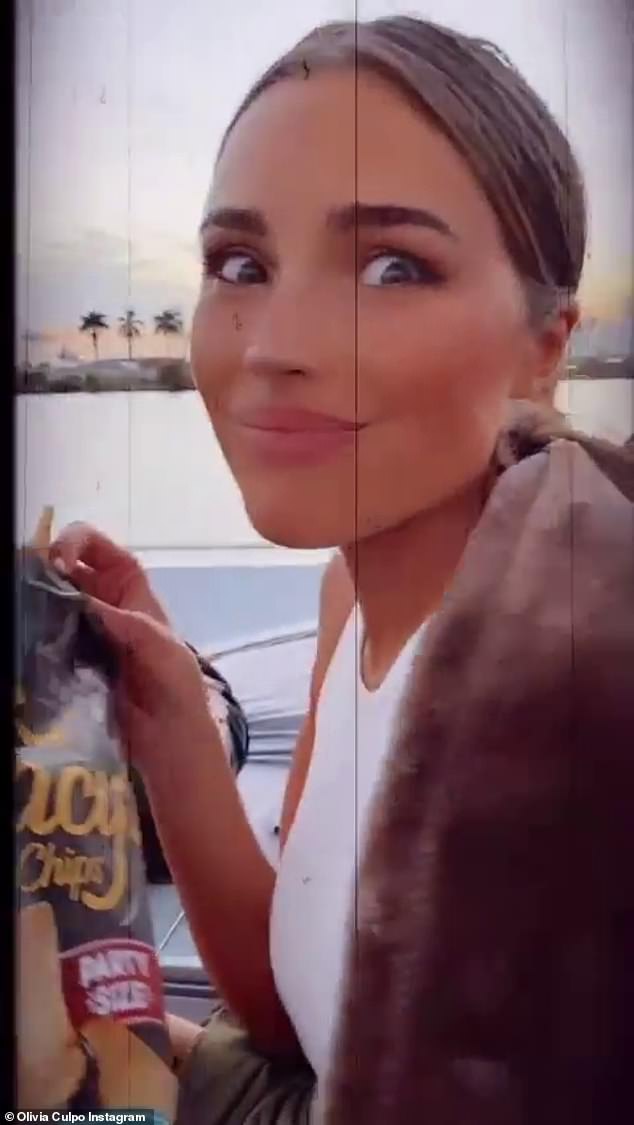 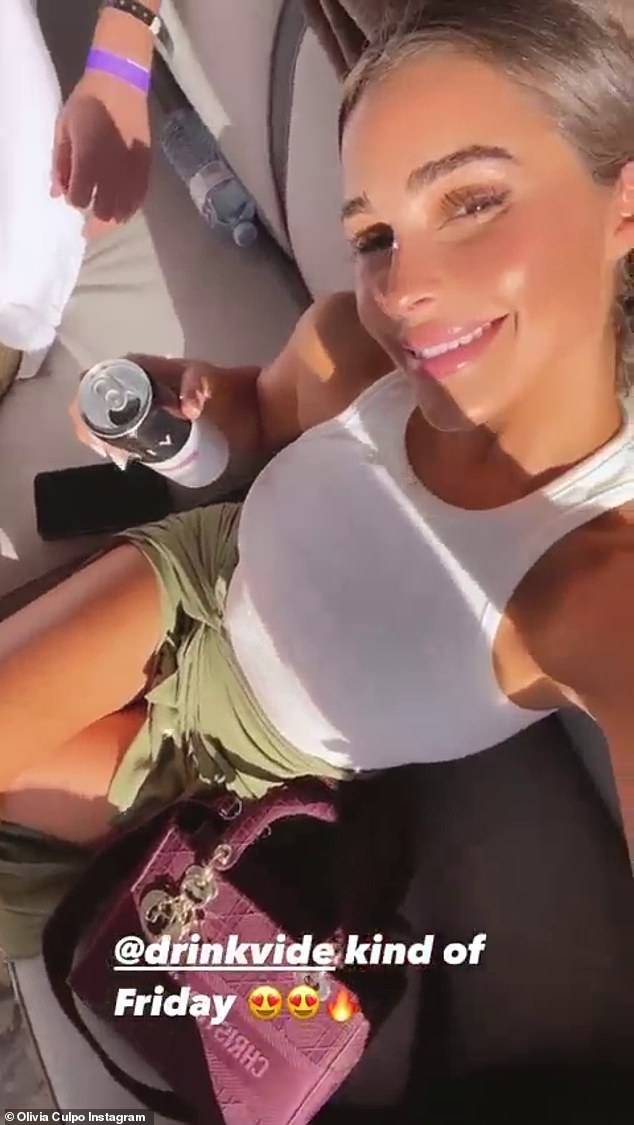 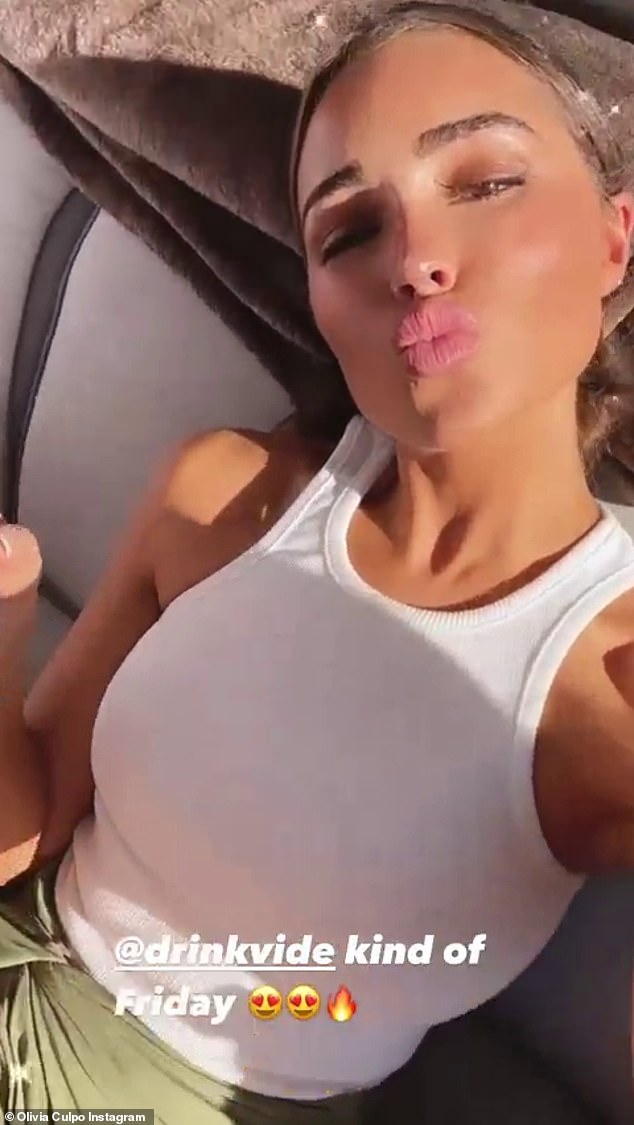 Camera kiss: The 28-year-old beauty puckered up for the camera as she partied on the boat that was docked in the bay

‘VIDE has clean ingredients, minimal calories, no sugar and super sleek branding that caught my attention,’ Culpo told Forbes magazine in an interview in October 2020.

‘I am so passionate about VIDE because of the health-conscious aspect that will leave anyone feeling great.’

Culpo first gained worldwide recognition when she was crowned Mis Universe in 2012. 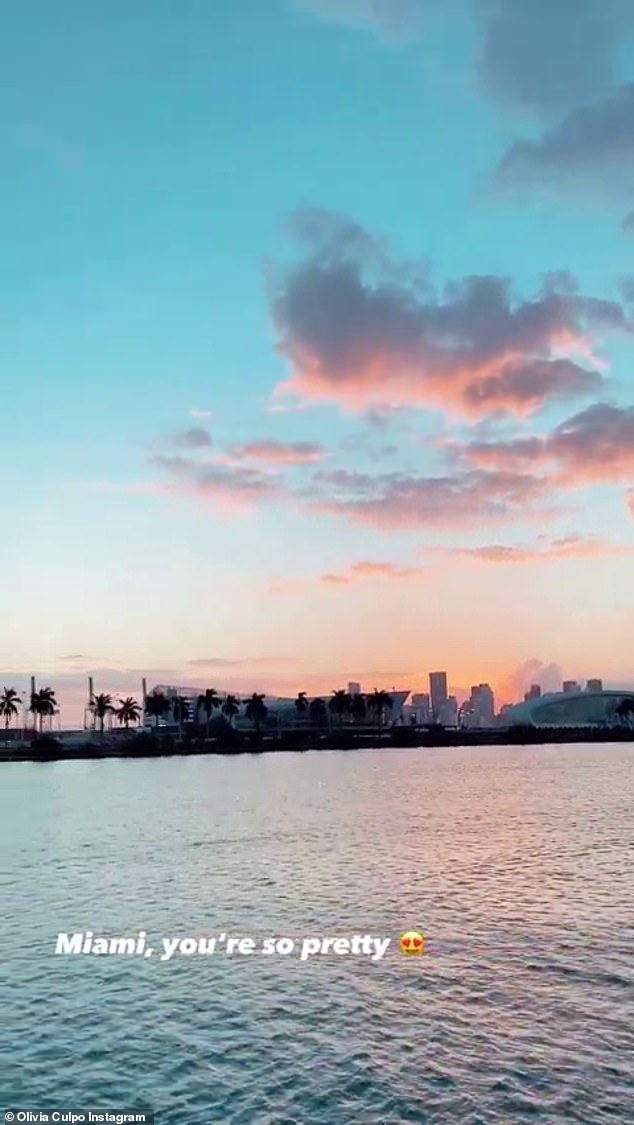 Sun setting: As the sun began the fall, Culpo proclaimed ‘Miami, you’re so pretty’ in a post 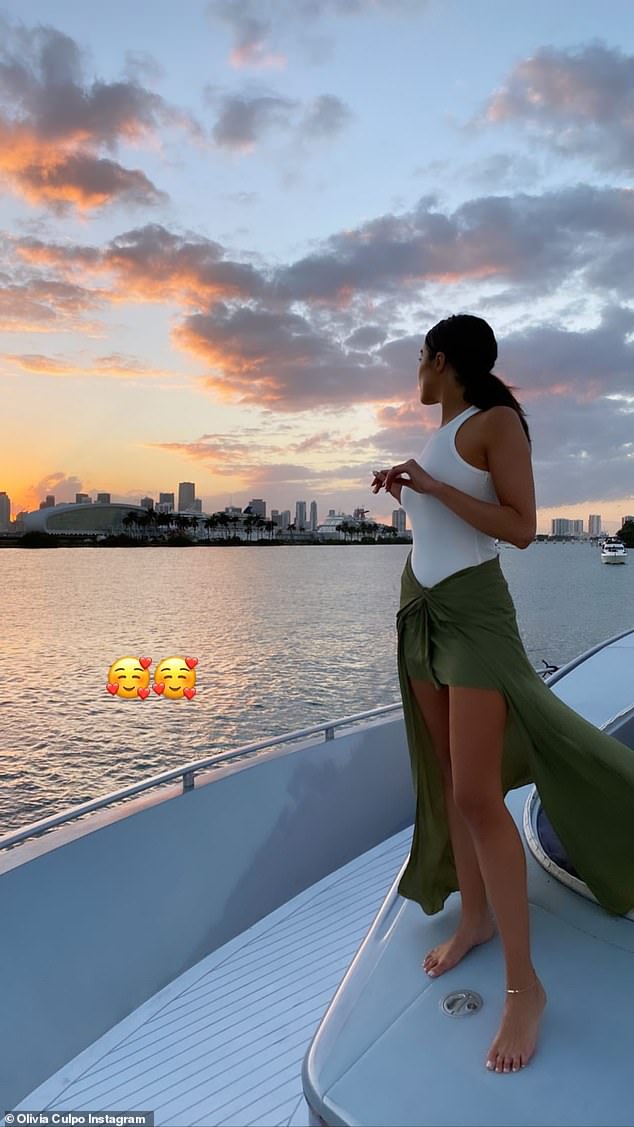 Lovely: Culpo soaked in the sunset  in her form-fitting ensemble 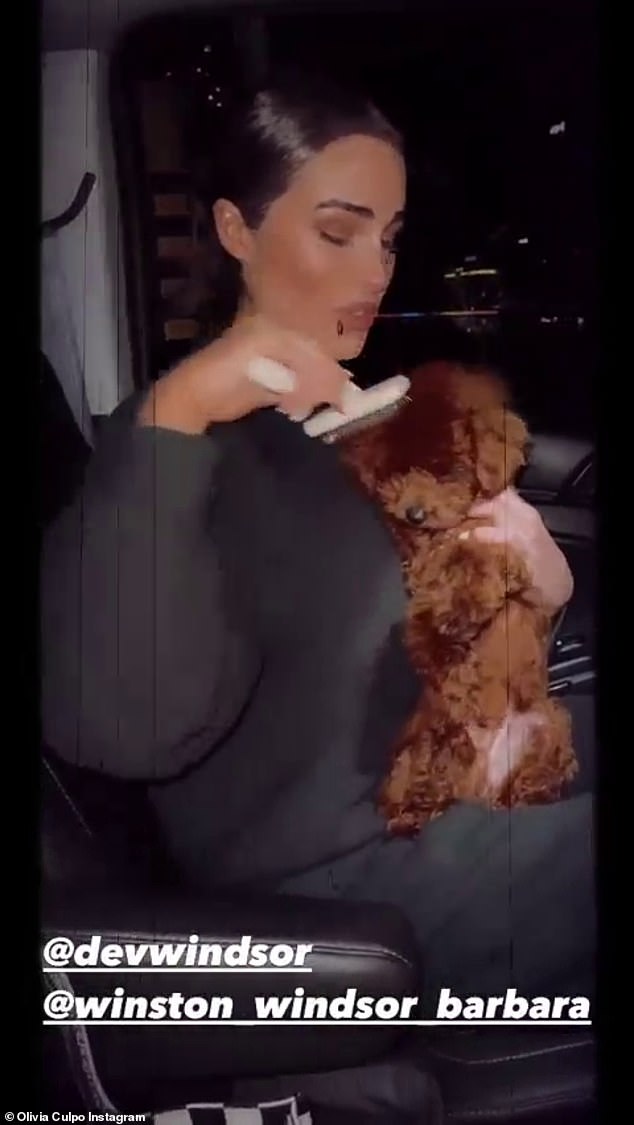 Four-legged family members: The model and entrepreneur also brought her beloved dog Oliver Sprinkles with her to Miami 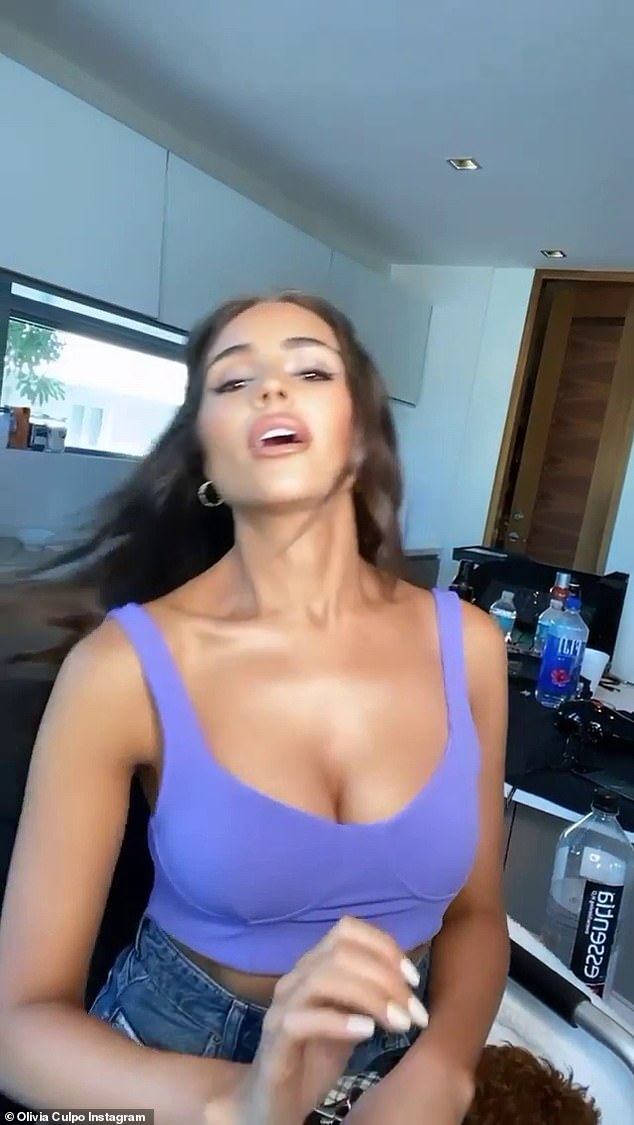 Glowing: Culpo also flaunted her figure in a purple crop top in a video she posted along with a clip from Reyanna Maria’s song So Pretty

Vitamin B12 deficiency symptoms: Seven 'sneaky' signs that may be overlooked 0

EastEnders SPOILER: Linda has a stern proposition for Sharon 0