The Cleveland Browns wide receiver, 27, was dressed casually in a white T-shirt with a graphic, black pants and red and white Nike sneakers.

The Baton Rouge, Louisiana native sported a beard and accessorized with a designer watch and gold necklaces, donning a ball cap on his way out of the West Hollywood, California hot spot. 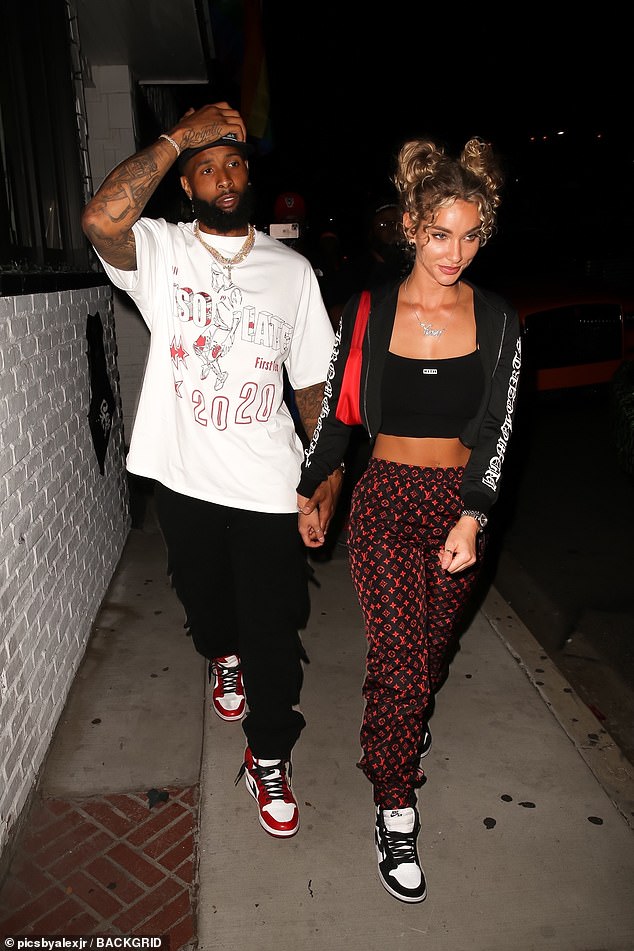 Out and about: Odell Beckham Jr. and his girlfriend Lauren Wood were snapped as they departed the Los Angeles nightspot 40 Love Saturday

Wood had her hair up on curls as she donned a long-sleeved black coat with a white top exposed a portion of her sleek midriff.The stunning model rounded out her eye-catching ensemble with red and black Saint Laurent print pants and matched her beau in Nike, going with black and white high tops.

The LSU alum, who previously played for the New York Giants, took to Instagram earlier Saturday with a message for his 14 million-plus followers, writing: ‘[cursing emoji] up the way that we livin is not gettin better… you gotta kno how to survive….’

The three-time Pro Bowler accompanied the message with a shot of himself image practicing while donning a T-shirt with Tupac Shakur’s image on it. 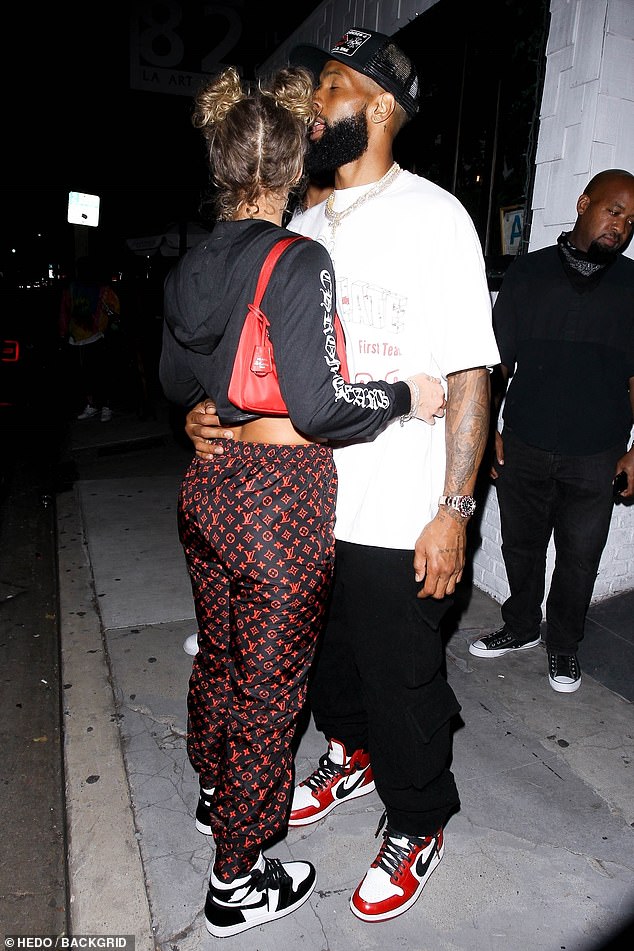 PDA: The couple exchanged kisses outside of the venue, a night before California shut down bars 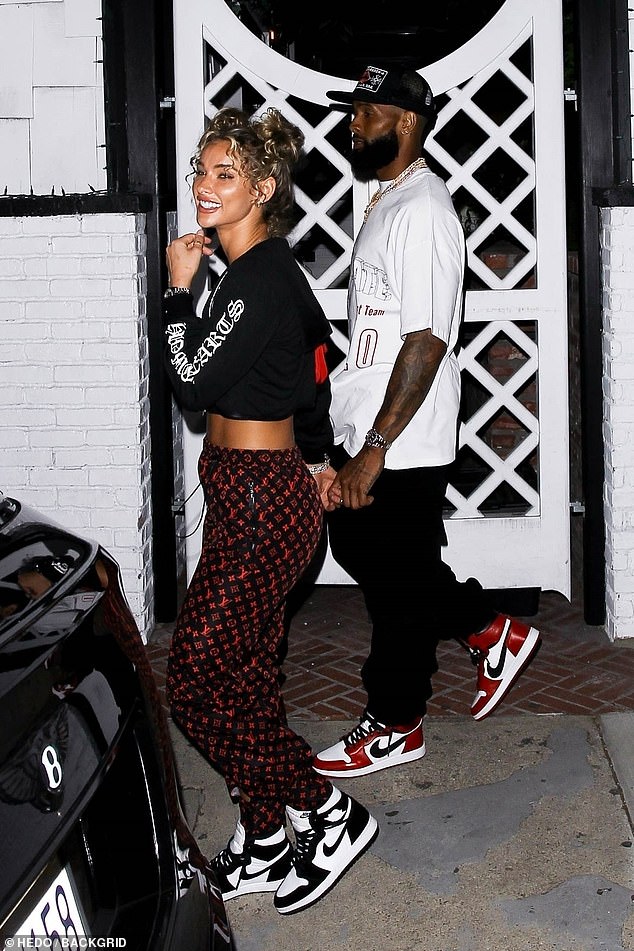 Connected: The duo, who held hands on the way out, have been linked since last year

Beckham and Wood were out less than a day before California Gov. Gavin Newsom ordered a shutdown of bars in seven counties – including Los Angeles County, where the couple was out on Saturday.

Newsom, in his decision to close down the bars, said that bars have higher transmission risks, and that there was a fast spread of the virus in the counties, which also included Fresno, San Joaquin, Kings, Kern, Imperial and Tulare.

‘Californians must remain vigilant against this virus,’ the governor said in a statement. ‘COVID-19 is still circulating in California, and in some parts of the state, growing stronger. That’s why it is critical we take this step to limit the spread of the virus in the counties that are seeing the biggest increases.’ 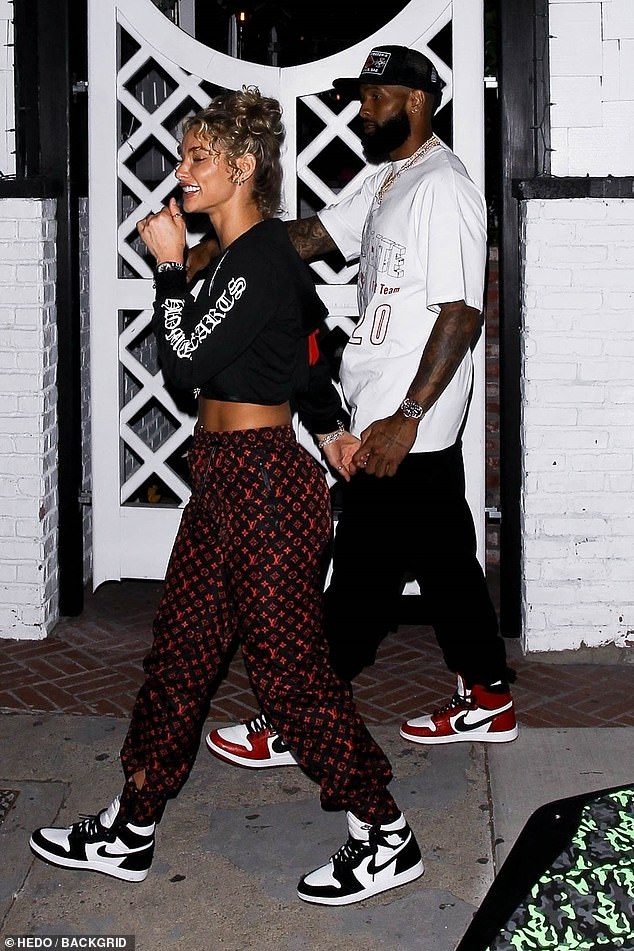 Past loves: The talented receiver had previously been linked to Amber Rose, Khloe Kardashian and Zendaya 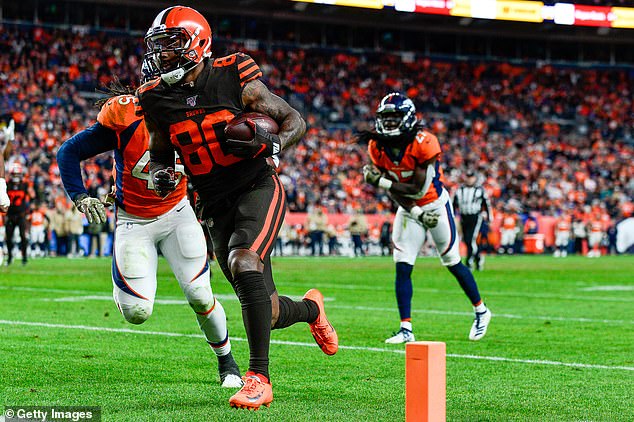 Standout: Beckham is headed into his second season for the Cleveland Browns this fall

Yankees' Aaron Boone complains about Phillies fans outside stadium gates: 'There was a timing element to it' 0

Booking Holdings CEO: Seeing in a increase in alternative accommodations 0

Gutfeld on the open letter against cancel culture 0

Celebrity Apprentice: Julie Bishop is tipped for a starring role in reboot 0