Noel Fielding’s partner Lliana Bird revealed her growing baby bump as she ventured out on Friday, just weeks after confirming her second pregnancy.

The radio presenter and actress, who welcomed her first child with Noel in 2018, appeared to be engrossed with her phone during a light stroll around London.

She looked radiant as she showed off her bump in a pair of high-waist skinny black and white plaid trousers. 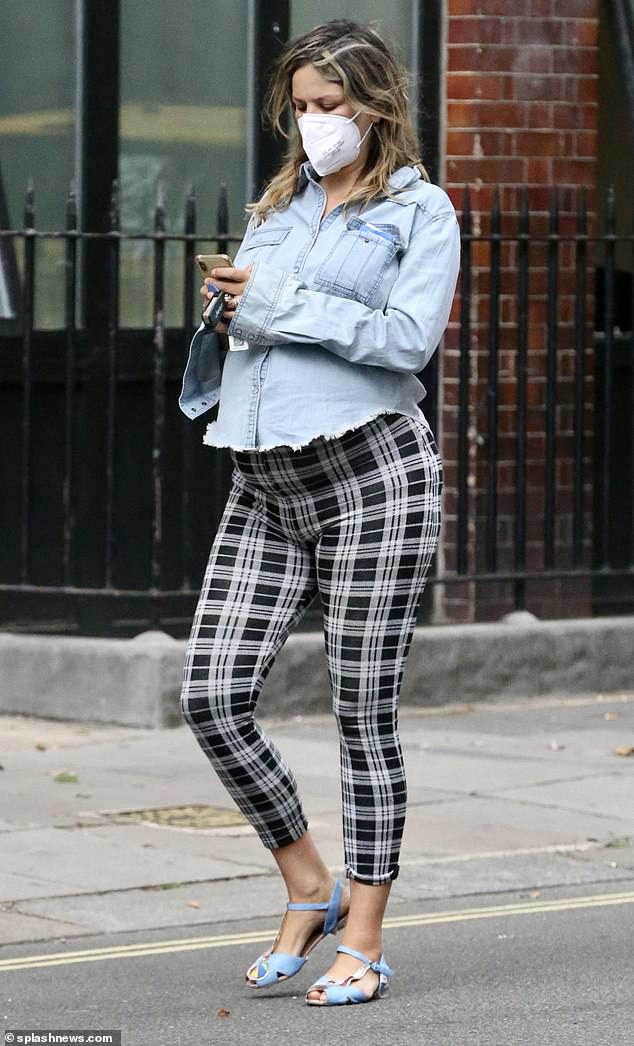 Baby on the way: Lliana Bird mirrored her partner, Noel Fielding’s eclectic dress sense as she enjoyed a stroll around London on Friday and displayed her growing baby bump

Lliana, 39, also opted for a denim shirt with a frayed edge that complemented her baby blue open-toe sandals.

She perfected the bed-head chic look as she left her highlighted tresses in a natural loose wave, and she also let her natural beauty shine through with a minimal makeup look.

Earlier this month, Lliana was spotted out on a walk in London with her Great British Bake Off presenter partner, 46, and their toddler daughter, Dali. 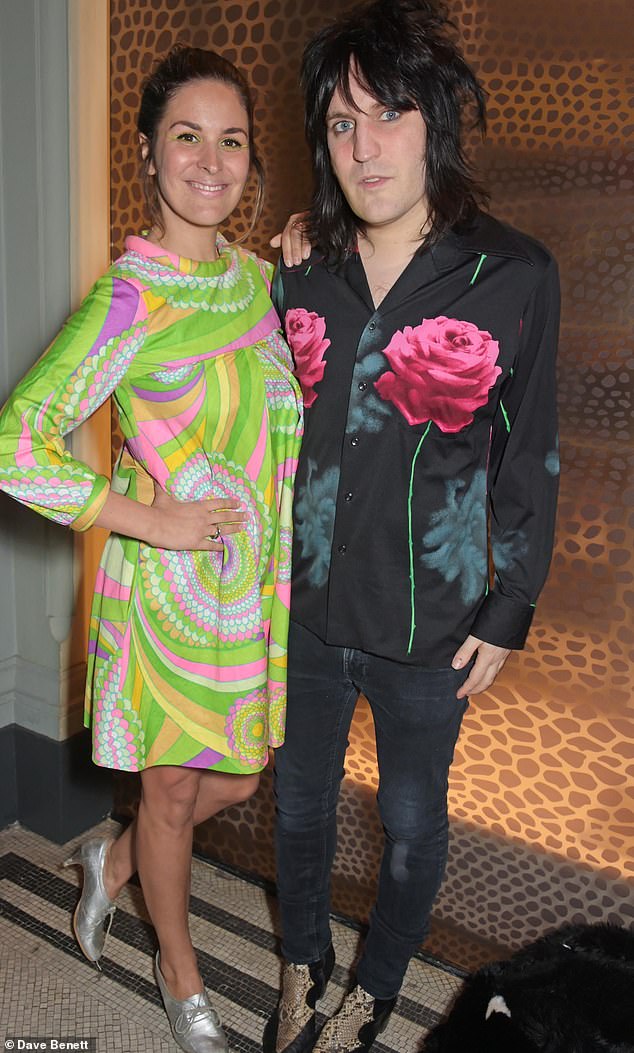 Family: The Radio presenter, 39, and The Great British Bake Off presenter, 46, welcomed their first child into the world in April 2018, a baby daughter named Dali after the surrealist artist

He looked like the doting father as he held onto his child’s hand and the trio enjoyed a scenic walk around the city centre.

Noel and Lliana have been dating since 2010, shortly after he first found fame with The Mighty Boosh

The pair decided to name their tot after surreal artist Salvador Dali, a source previously told The Sun: ‘Noel thought the name was a perfect fit. 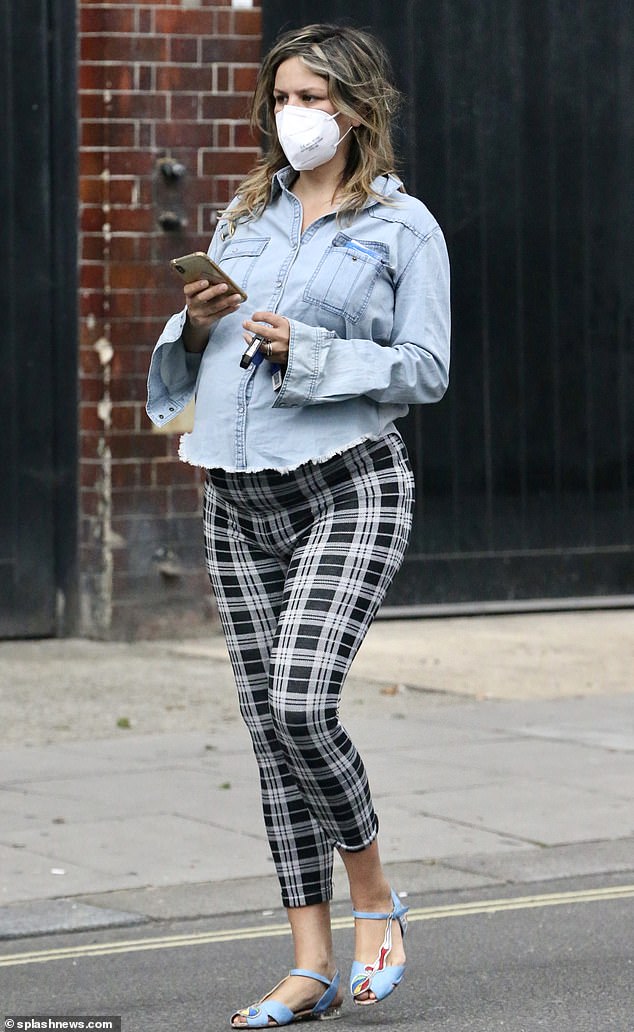 Denim look: Lliana cut a casual figure in a pair of black and white plaid high-waist jeans that she paired with a denim frayed edged shirt and matching baby blue sandals

‘Salvador has played a big part in his life, so it’s no surprise to his friends he’s named a baby after him. It’s a cute name and really suits the tot.’

Noel told Jonathan Ross back in September that he couldn’t believe how beautiful his little girl is.

He said: ‘I don’t know how that happened, look at my pointy visage. She is very beautiful and she blows my mind about a hundred times a day. 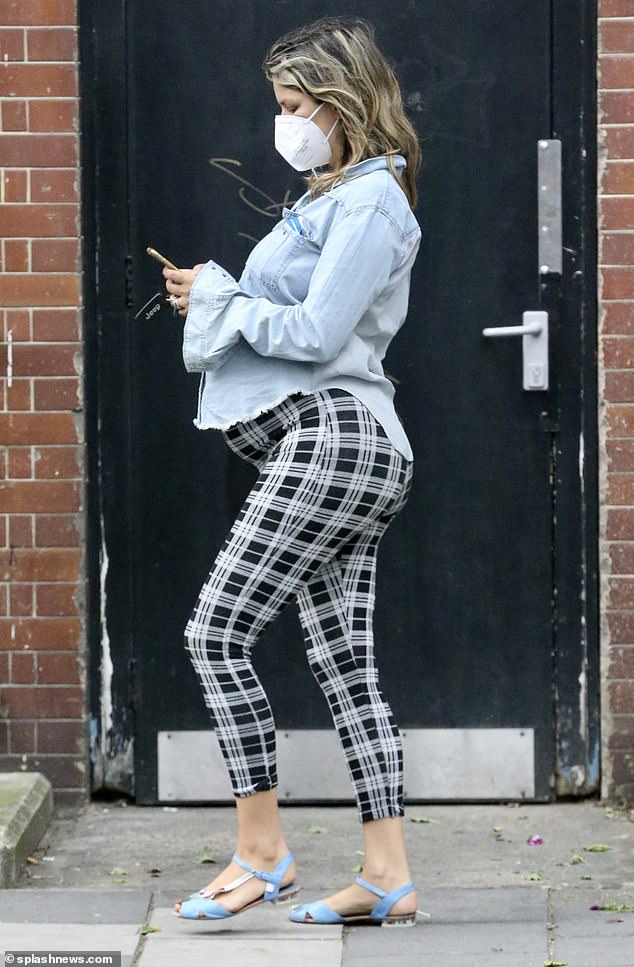 Pregnancy glow: The radio presenter showed her blossoming curves in the unusual outfit as she rocked her highlighted tresses in a natural style and opted for a minimal makeup look

‘It’s a new level of tiredness that I’ve never experienced. I’ve done a lot of all-nighters in my life. In a way I’ve been in training for this moment all my life.’

Radio presenter Lliana confirmed her pregnancy just a month before she gave birth in 2018.

She is an author, an activist and a presenter for Radio X and she and Noel live together in north London. 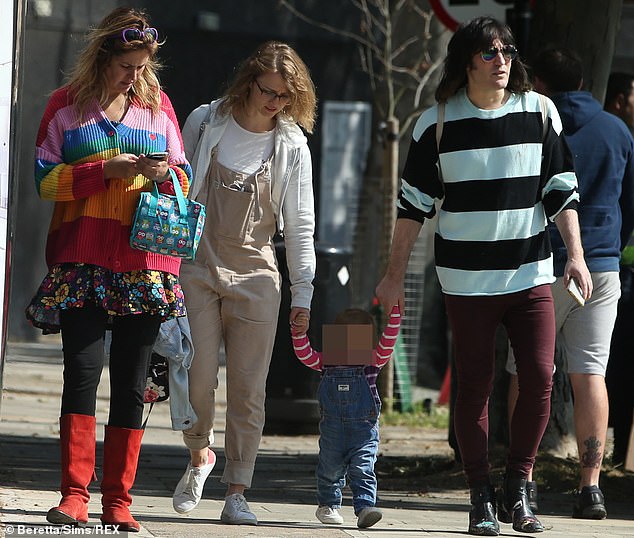 Family trip: Noel looked like the doting father as he held hands with his two-year old daughter for a trip around London in August alongside his showbiz partner (pictured far left)

Real Housewives of New York: Dorinda Medley opens up about her anger issues 0

Putin power grab: Russian leader on verge of win to keep him in power LONGER than Stalin 0

Rep. Zeldin calls on NYC Mayor Bill de Blasio to be removed from office to save city 0