I'm A Celebrity 2020 filming location is CONFIRMED as 200-year-old Gwrych Castle in Wales
Bachelor in Paradise: Brittany Hockley spotted with a mystery man in Sydney
Salma Hayek poses in swimwear before her 54th birthday

They welcomed their first child together in May this year.

And Sheridan Smith and Jamie Horn looked happier than ever as they held hands while returning to their hotel in Manchester on Friday after a long day of filming.

The actress, 39, and her insurance broker beau, 30 kept things casual as they strolled through the city. 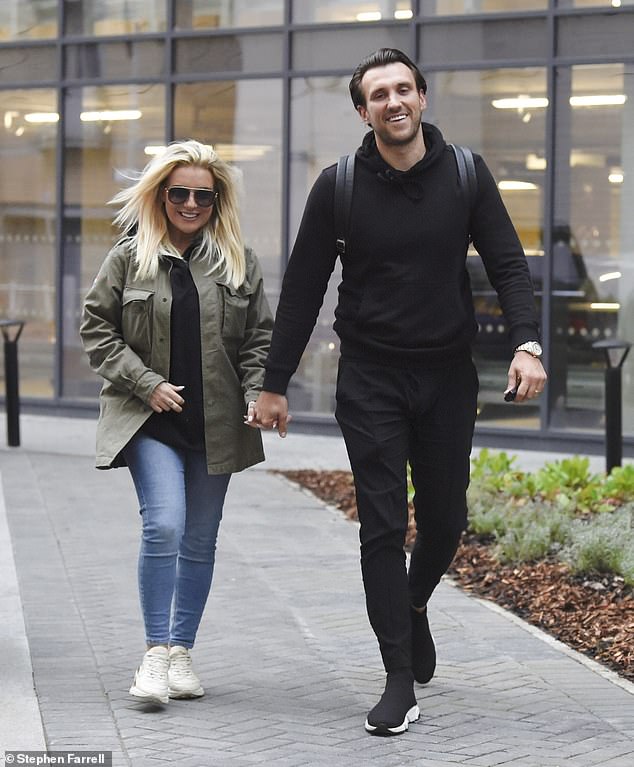 Happy couple: Sheridan Smith and her fiancé Jamie Horn looked like the picture of happiness as they returned to their hotel in Manchester on Friday after a long day of filming

Sheridan cut a stylish figure in a khaki military style jacket with the word ‘army’ etched on the back and a flag embroidered on her sleeve.

The actress also wore a plain black hoodie underneath and teamed the look with a pair of denim skinny jeans and a luxury pair of cream Gucci sneakers.

The actress rocked a pair of aviator shades and enhanced her golden complexion with a full face of make-up. 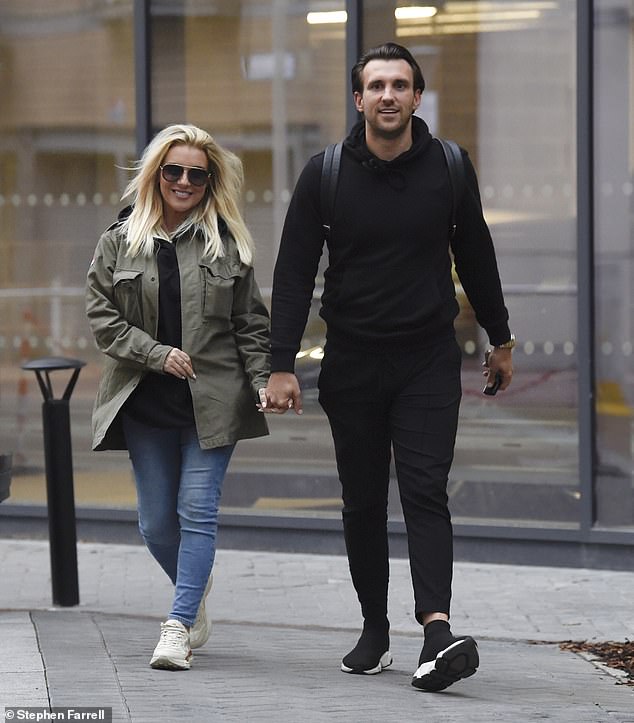 Army chic: The actress, 39, sported a military-inspired khaki green jacket with a black hoodie underneath and denim jeans for a comfortable yet stylish look 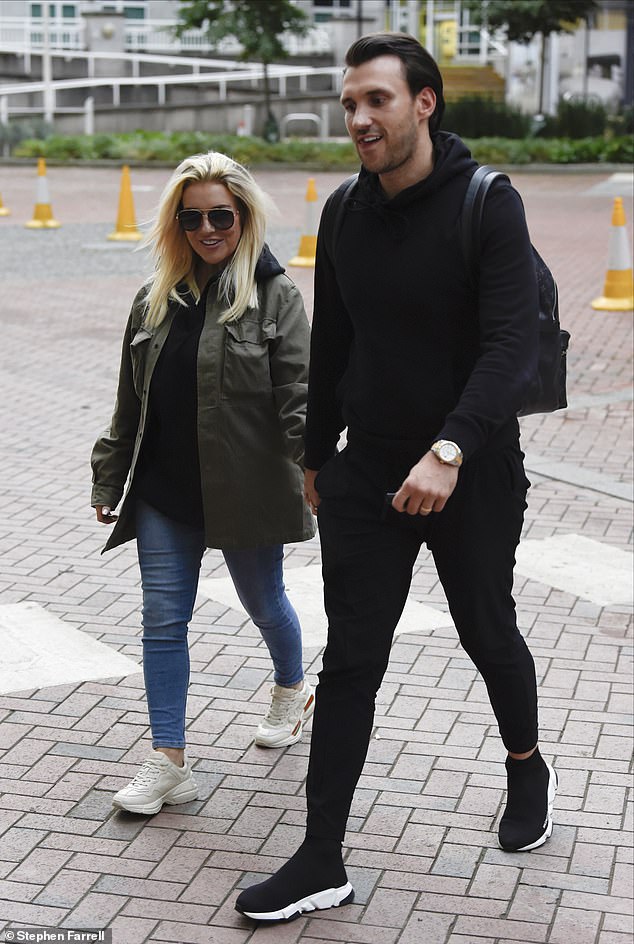 Black is back: Her insurance broker partner, 30, opted for a monochromatic look as he was seen wearing black Balenciaga shoes, fitted black jogging bottoms and a black hoodie

Sheridan kept her blonde tresses in a straight style while her fiancé chose to keep his brunette locks swept back in a neat coiffed do.

He matched his partner with a slim-fitted black hoodie.

The new parents beamed with delight as they held hands and made their way to the hotel to unwind for the evening.

The actress and her fiancé were also seen enjoying a romantic evening together on Sunday for the first time in three months. She posted a snap of the occasion on Instagram and simply captioned it: ‘Date night’. 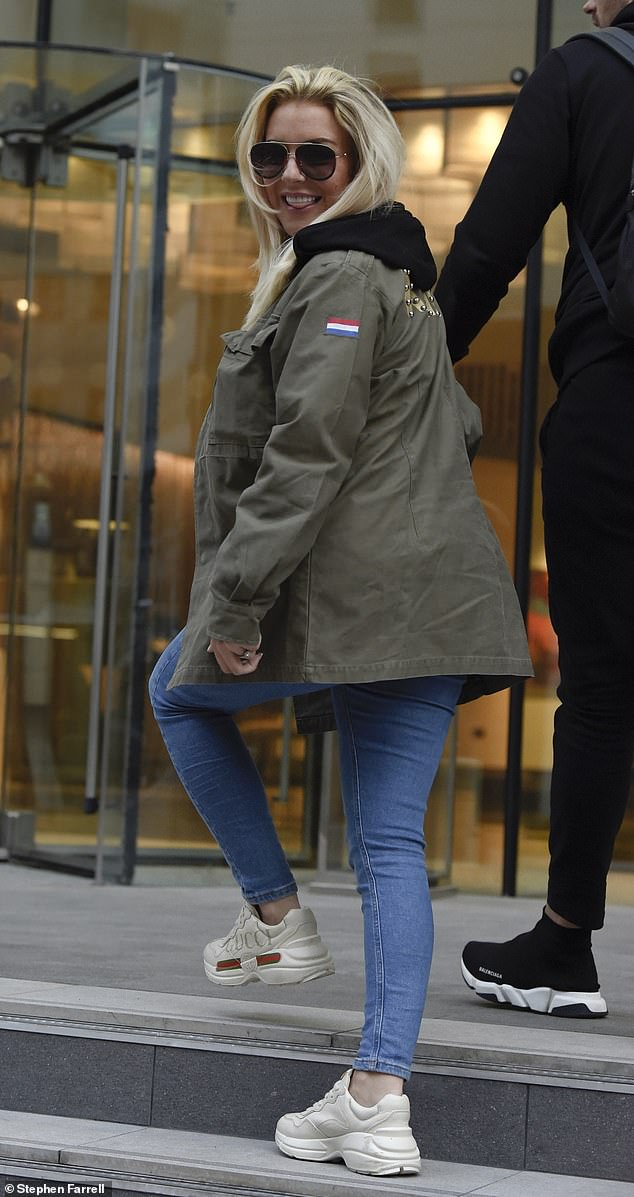 Strike a pose: The mother-of-one stuck out her tongue as she gave a cheeky pose to the camera and flexed her stylish Gucci cream trainers and black aviator shades

Sheridan also appeared on TV on Saturday wearing a glitzy gown for the 75th anniversary celebrations for VJ Day, but she opted for a relaxed jeans and t-shirt look for her overdue date night on the weekend.

The couple have spent the last few days in Manchester for their first family staycation, but they have been staying away from the public eye since Sheridan gave birth to their son Billy on May 9 2020. 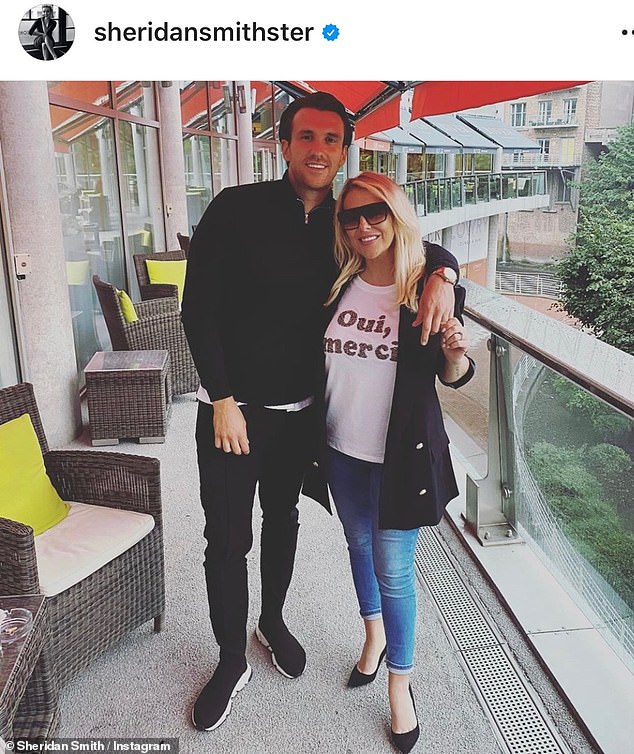 Date night: The actress and her fiancé were seen enjoying a romantic evening together on Sunday for the first time in three months after welcoming their son Billy on May 9 2020

Sheridan was spotted pushing her baby around Manchester’s shopping spots last week – having only revealed the tot’s name at the end of July.

During lockdown, the engaged couple worked together to film the socially-distanced show, Isolation Stories, that follows the pregnant character Melanie- played by Sheridan- who speaks to her family over video calls and is isolating on her own.

All of Sheridan’s scenes were filmed entirely by her partner Jamie at their home. 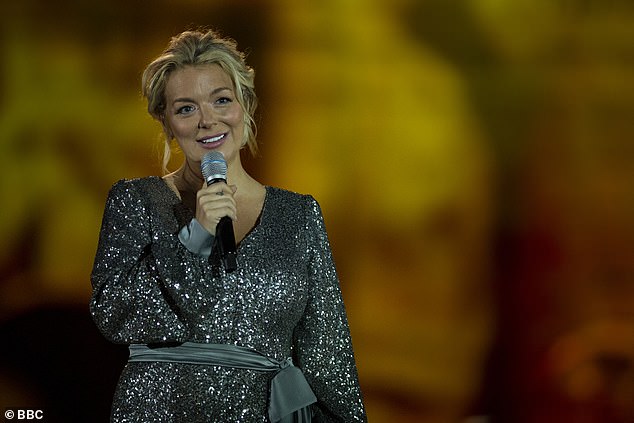 Shining example: Sheridan wore a glitzy silver dress on Saturday when she appeared on TV for the 75th anniversary celebrations for VJ Day

Halle Berry, 54, shows off her age-defying physique in a backless black swimsuit 0

Alexander: McConnell doing what Dems 'would do if the shoe were on the other foot' with SCOTUS nomination 0