Worth it for a selfie? Instagram model Natasha Oakley shares footage of herself looking glamorous inside her Porsche... while parked i


Worth it for a selfie? Instagram model Natasha Oakley shares footage of herself looking glamorous inside her Porsche… while parked in a bus zone

Natasha Oakley was busted parking her Porsche in a bus zone in Sydney’s Tamarama on Friday.

But the Instagram model, 29, made no mention of the road rules when she posted about her pit-stop on Instagram the following day.

The influencer shared several videos from the driver’s seat, telling fans about her recent trip to Byron Bay with her friend Jacqui Kingswell, who was sitting next to her.

‘We have just arrived back in Sydney. I am so sad we had to leave Byron Bay, it really is such a special place in the world,’ Natasha said.

The glamazon also gave viewers a virtual tour of the vehicle’s interior, before climbing out and photographing the car from the sidewalk. 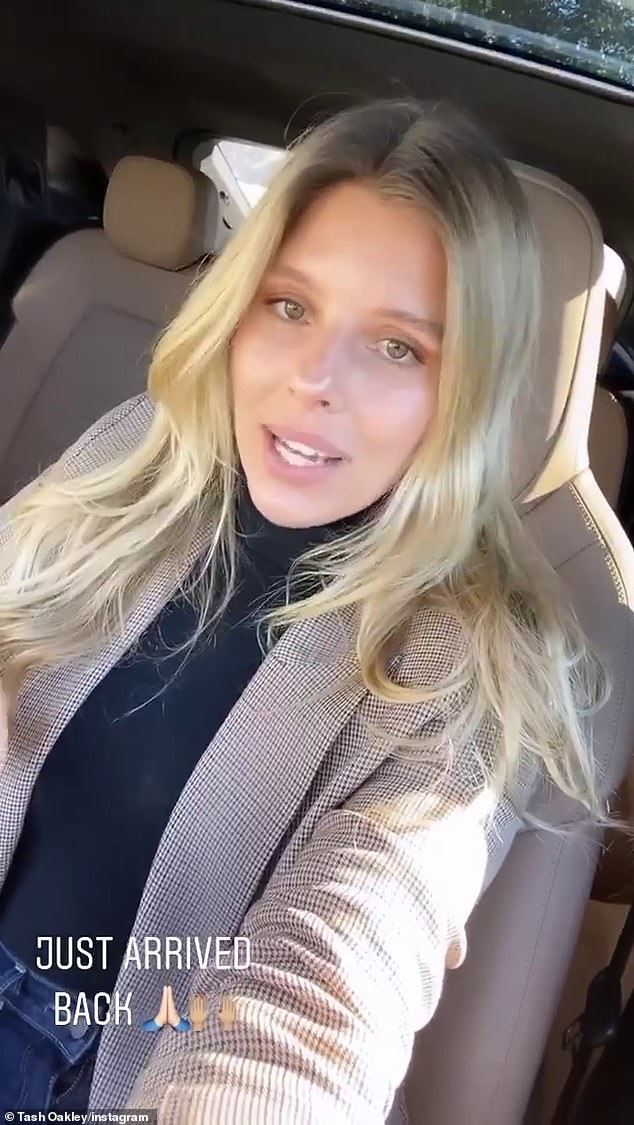 Worth it for a selfie? Natasha Oakley, 29, (pictured) uploaded footage of herself looking glamorous inside her Porsche on Saturday – after paparazzi photos showed she was actually parked in a bus zone at the time

Interestingly, Natasha failed to upload any images that showed the bus zone sign next to where she was parked.

Natasha rose to fame in the early days of ‘influencing’ in 2012, when she founded the popular blog A Bikini A Day with her friend Devin Brugman.

The pair generated millions of followers on social media by sharing photos of themselves in a new swimsuit each day. 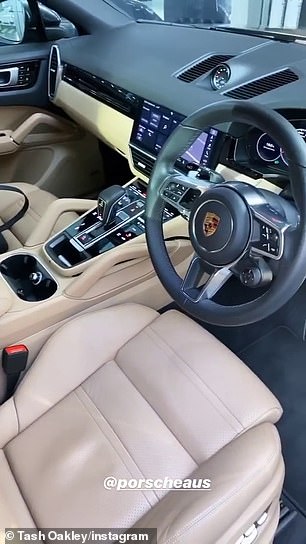 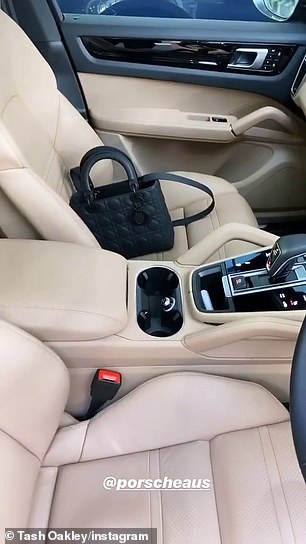 While promoting her collection with Nasty Gal last year, Natasha said it was important to be patient when building a business from the ground up.

‘Learn your trade, do your homework and be patient! It’s important to focus on the big picture with your business and stay true to your vision and direction,’ she said. 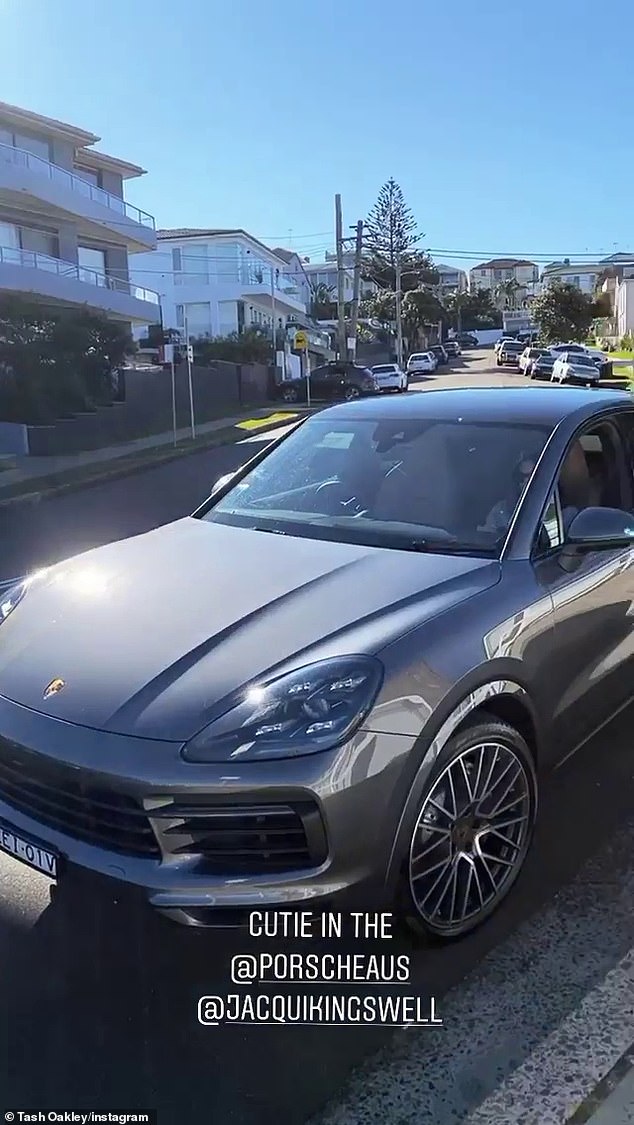 Didn’t see the sign? Unlike paparazzi photos taken at the same time, Natasha failed to upload any images that showed the bus zone sign next to where she was parked

‘Results take time and success takes hard work and diligence day in and day out. There is no such thing as overnight success, hard work pays off!’

Natasha, who is known for showing off her toned figure in scanty swimwear, went on to say that body confidence ‘comes from the inside’.

‘You can’t expect to feel great on the beach if you aren’t happy and confident within,’ she said. 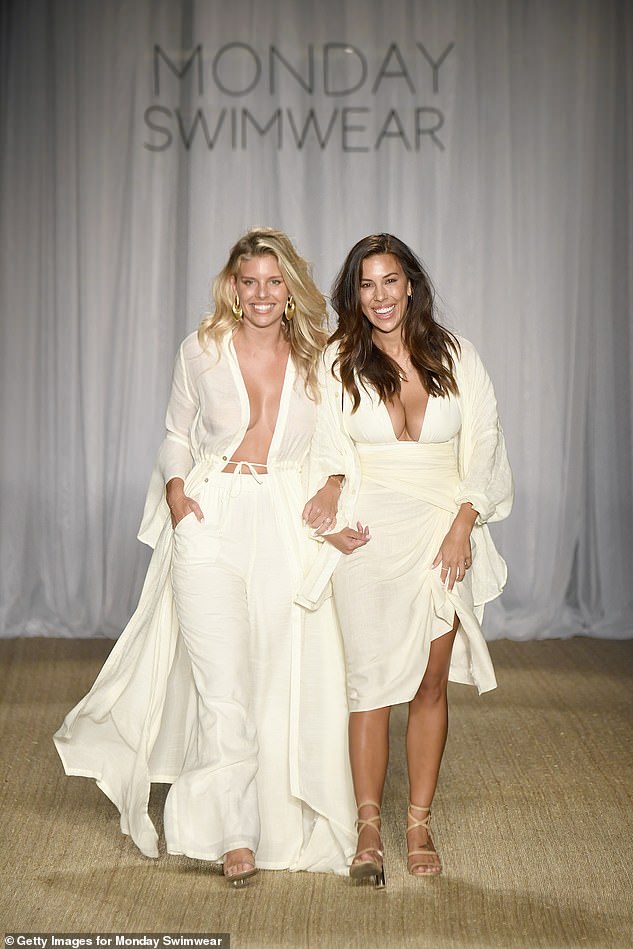 Cashing in: Natasha rose to prominence in 2012 when she founded the A Bikini A Day blog with best pal Devin Brugman (both pictured in July 2019). In 2014, they founded their own line, MONDAY Swimwear 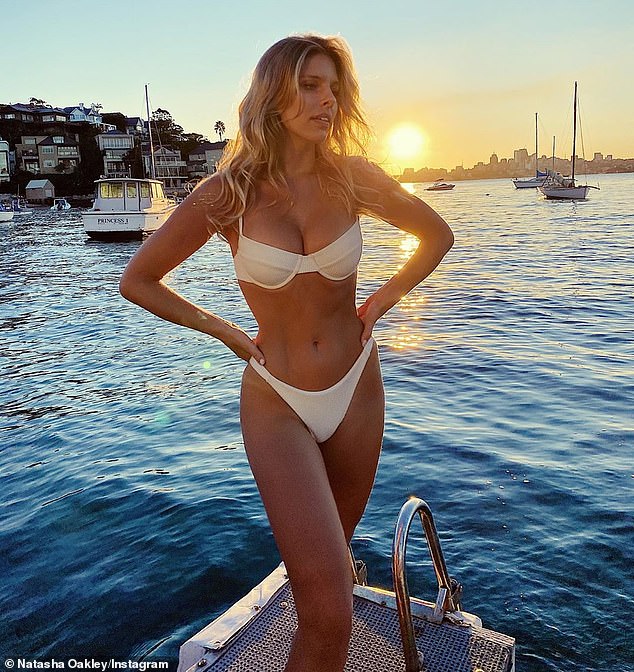 Happy and confident: Known for showing off her incredibly toned figure in scanty swimwear, Natasha went on to say that body confidence ‘comes from the inside’

Giuliani blasts de Blasio as 'danger' to NYC residents: 'People die as a result of his incompetence' 0

First lady Melania Trump: 'Be Best' is advocating that every child find a loving, safe and forever family 0