Home News My heartbreak at telling my kids I had breast cancer at 35...

A MUM has revealed her heartache after being diagnosed with stage three breast cancer at 35, just weeks after her husband had a quadruple heart bypass.

Gemma Williams, from Cwnbran, South Wales, was diagnosed with aggressive breast cancer in January after spotting a lump on her right armpit, which grew to the size of a golf ball within weeks.

The recruitment manager – who’s mum to Megan, 16, and Sonny, 11 – underwent several rounds of chemo, radiotherapy and a mastectomy on her right breast.

Luckily, the cancer hasn’t spread – although doctors were unable to remove Gemma’s 5cm-long tumour and she’s been told there’s a high risk of relapse, because of her age.

Speaking exclusively to Fabulous Digital, Gemma said: “When I was diagnosed, I couldn’t believe what was happening.

When I was diagnosed, I couldn’t believe what was happening. I was shocked and petrified

“I was shocked and petrified but Jamie was so positive and strong.

“We had been through so much already, but knew for the sake of the children we would do it again, and challenge this head on.

“We can get through anything, because we have each other.”

Despite being super fit and just 39 at the time, Jamie was told his arteries were so blocked he’d die if he had a heart attack – so had 10 hours of life-saving surgery.

Gemma said: “Jamie was fit and healthy and loved walking up mountains, but he began getting chest pains.

I lost all my hair, eyelashes and fingernails. My skin blistered and peeled, along with many other horrific side effects

“When he finally went for tests, the doctors said he was lucky to be alive because his arteries were so blocked up.

“He was in theatre for 10 hours having his operation. It was a scary time but we got through it together.

“Just when we were getting over what he’d been through, I found a lump in my right breast the size of a golf ball.

“I went straight to the doctors and paid £500 for a private scan and was told soon after I had breast cancer.”

She added: “You couldn’t make it up. Jamie jokes I had to jump on the bandwagon and get ill, before he could get his full dose of sympathy after his operation.

“Our world came crashing down for the second time in six months, but we wouldn’t give up.

“Telling my kids was very difficult. I told them separately, my daughter was taking her GCSEs so it was a difficult time.

I believe I can be fixed and am going to dig up all my strength once again, and fight this like I have been brought up to do

“My 11-year-old is very deep and he just looked at me and said ‘I know you will be fine mum.’

“We have to laugh and stay positive for each other and for our two kids. I put on a brave face and always try to smile, even on the tough days.

“When I lost all my hair, I joked with them I was going to look like Andy from Little Britain for a while – and told them they could help me choose wigs.

“I believe I can be fixed and am going to dig up all my strength once again, and fight this like I have been brought up to do.”

Gemma described her chemo as “horrendous”. She said: “I went through six gruelling rounds of chemotherapy which resulted in me losing all my hair, eyelashes and fingernails.

“My skin blistered and peeled, along with many other horrific side effects.”

Six weeks after her last treatment, she had a mastectomy and reconstructive surgery, but her body rejected the reconstruction.

Because of this, she has now had a full mastectomy, with no reconstruction.

Gemma says she was told by her consultant oncologist that she needs a drug called Kadcyla, costing around £45,000, to reduce her risk of relapse and safe her life.

But her consultant’s three Individual Patient Funding Request applications to get the drug on the NHS have been denied by the Welsh Health Board. 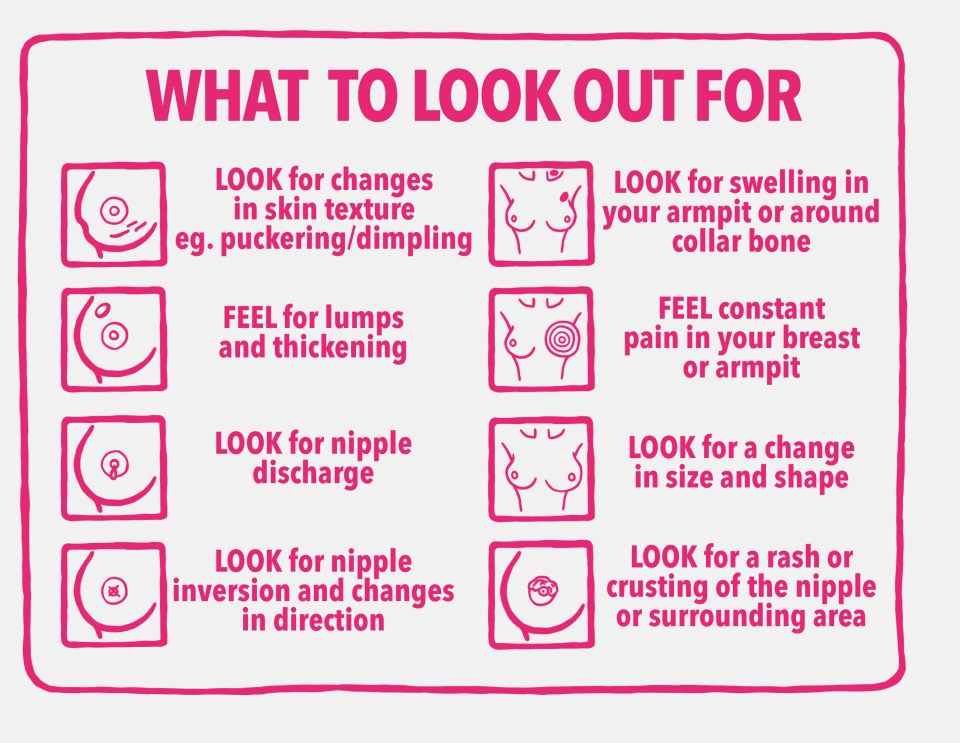 The drug is only normally only available to patients whose cancer has spread to other parts of their body, known as secondary breast cancer.

Gemma said: “The nurses have been amazing and my treatment on the NHS has been wonderful. But I am very disappointed the Welsh Health Board refused to fund the cost of the drug.”

Breast cancer is the most common cancer in the UK.

It affects one in eight women at some point in their lifetime, but has a good chance of recovery if detected at an early age.

Most women diagnosed are over the age of 50 but younger women, and men, can also be affected.

Survival rates have doubled in the last 40 years – and 78% of women now survive breast cancer for a decade or more.

Cancer can come back many months or even years after your first treatment, but it’s hard to predict if you will relapse.

Gemma is now fundraising privately for the drug. Her friends and family, known as the Pink Army, have raised £30,000 in just a couple of weeks.

She said: “I am so lucky I have such wonderful friends and family. I am astonished and humbled by people’s generosity.

Most Read in Fabulous

'I'M NOT THEIR SLAVE'

THINKING OUTSIDE THE BOX

TO HAVE & TO TROLL

“My Pink Army are the best friend’s anyone could ask for. They keep me smiling. Any money left over will go towards a new breast unit at Ystrad Mynach Hospital.”

Gemma hopes to start taking Kadcyla in the next few weeks, alongside her chemotherapy. You can donate to her treatment here.

Earlier this week, we revealed how a horrified amputee was being trolled by men who claim she’d be easy to rape “because she couldn’t do much with one leg”.

Racing review: Hotpots and Howlers from another week in the sport of kings

IT’S FOR the good of English football that the number of home-grown managers has shot up to 11 in the Premier League. Only three...

CORONATION Street viewers are convinced that Jade will now blackmail Fiz into seeing Hope after she was attacked. During tonight’s episode Jade revealed she...

ARSENAL are reportedly in talks with Atletico Madrid star Thomas Lemar over a shock January transfer. Get French Football News claims the winger is...

PETER Andre took part in the viral Dolly Parton challenge this evening – but included a twist from his wife Emily. The new craze...

FRANK LAMPARD has just over a week to spend some of his £150m war chest, but the clock could also be ticking on...

DMC DeLorean: The troubled past of the car that went back...