IF YOU saw a flame-haired man singing passionately into his mobile phone on a budget airline flight last year and thought, ‘That looks like Mick Hucknall,’ you were right. It was him.

The Simply Red frontman admits when a killer lyric or tune comes into his head, he immediately reaches for his handset to get it down so he doesn’t forget.

Speaking to SFTW, he explains: “People must have thought I was a complete freak. I would be sat on a plane singing into my mobile phone.

“I wrote all the songs on my phone, and sang all the melodies and lyrics into it. I even sang the horn parts too. And the bass line.”

In a conference room in The Langham hotel in London, Hucknall’s on top form: cracking jokes and enthusing about the upcoming General Election.

A die-hard Labour supporter, he admits he’ll refuse to support Jeremy Corbyn at the ballot box once again, after refusing to vote for him in 2017 over his stance on anti-Semitism.

Hucknall, 59, laments: “I can’t vote for Corbyn. I feel politically homeless. There are millions of people out there, who are moderate. But our politics now has gone to the extreme.

“So we have the extreme Left position and the extreme Right wing positions – which is equally as terrifying.

“I find all of the party leaders scary to be honest. I don’t relate to either of the extreme positions.

“I thought of Britain as a moderate place. Britain isn’t a place of majority madness, we’re not like that.”

Dressed in jeans and a casual cashmere jumper, Mick sits back on a large sofa and makes it clear he’s ready to talk music, accepting he’d started to become too obsessed with politics.

He says: “All this crap we’re going through in this country. I became so absorbed by it all.

“This album was an escape from it, like, ‘Get me the hell out of here’.

“All of us, we want this to stop. When is it going to end?

He says: “Studios are very expensive so you don’t want to waste time in them. I wrote the whole album in two months. “I had two aims with the record. I wanted to design the music the band would enjoy playing night after night. And I wanted to push my voice harder.

“So I made the songs grainier and a bit dirtier.

“We recorded the album the old-fashioned way, just like the Rolling Stones and The Beatles.

“The band and I would go straight into each song — take three would normally be the final version. It’s the traditional way of recording.

“And the best. The process was fast, which is what I wanted. A lot of that is down to the fact I have a real band. They are seasoned, great musicians so they can.”

Simply Red last released an album in 2015 and Hucknall says he believed that was it for the band.

He explains: “I had no intention of ever making this record.

“When I stopped Simply Red the reason was to bring up my daughter Romy. I wanted to be a dad that was around.

“That’s when I stopped music. At the time it was like she saw her dad going into the world of fame as her dad being under threat. And she wanted her dad back.

“I was always going to be Dad. And I can safely say I was able to enjoy each day, every day.

“With a kid, it’s the little things, the little moments you miss out on. And I was there the first moment she walked.

“Every question she’s had I have been there, when she’s confused. I have always been there for those little moments. And you never get those again.

“It is rare to have a man doing that but I imagine that’s my father’s dedication rubbing off on me.”

Hucknall’s mother, Maureen, is estranged from him after leaving the family’s Denton semi when he was just three-years-old.

In May the couple celebrate their tenth wedding anniversary[/caption]

He speaks fondly of his dad Reg, who died in 2009, and said he tried to emulate his father in all aspects of his life.

He says: “For 16 years it was just me and my dad. He was incredibly dedicated to me and keeping it together.

“There was no one on our estate in east Manchester who was being brought up by their father.

“He worked six days a week as a barber. He came home, would cook dinner, wash up and then do the laundry.

Confessions about taking heroin and cocaine became his Groundhog Day[/caption]

“We couldn’t even have a pet because there would be no one at home to look after it. I still don’t know how he did it.”

Hucknall’s softer side has often been overshadowed by his years of hedonism.

Confessions about taking heroin and cocaine, and a career dogged by his own claim of bedding more than 3,000 women — something Hucknall now insists was taken out of context — became his Groundhog Day.

A polite note from his publicist asked us to refrain from asking about Hucknall’s sex life because he finds it “all a bit boring”.

Hucknall says, ‘I am in heaven. Before I was married, my only perception of a family was me and my dad’[/caption]

And it’s likely his wife of ten-years, art dealer Gabriella Wesberry is sick of reading about his seedy exploits.

Hucknall says: “I am still surrounded by beautiful women. Even the dog is gorgeous too. She’s an absolute beauty.

“I am in heaven. Before I was married, my only perception of a family was me and my dad.

“So there I was, I get married, I have a kid — and I joke even the dog is a girl — so from being brought up by one man to being surrounded by these three girls, it was a whole different learning experience. “I am grateful I have been blessed with a family that I never imagined I would ever even understand what that is, let alone have my own family.

Hucknall says, ‘One of my biggest joys is that my fame ends at the front door. Once I walk in I am Dad and Husband’[/caption]

“One of my biggest joys is that my fame ends at the front door. Once I walk in I am Dad and Husband.”

In May Hucknall and his wife Gabriella celebrate their tenth wedding anniversary.

He says: “I am the lucky guy because I have a remarkable woman. She is a wonderful person, my wife. She is emotionally stable.

“She is the eldest of three kids. She has this leadership thing. She is very good at organising things, she is very thorough.

Hucknall says: ‘I am the lucky guy because I have a remarkable woman. She is a wonderful person, my wife’[/caption]

“She speaks six languages, she is very clever. And she is a great mum. She is incredible. Ten years of marriage has gone so fast. This year, what the hell happened to this year?

“This is the quickest year of my life. The best years of my entire life have been the last 12 years, without a shadow of a doubt. That is when my daughter was born.

“I learned to love because of my girls. And that is the essence of my song, Complete Love.

Hucknall’s decision to start writing new music came after a drunken night out with a friend, who told him to go back to his roots.

He says: “I was honestly so happy at home, I really wasn’t planning to do this. But then I was at a birthday party last year with an Irish musician friend of mine.

“And we got a bit tipsy and towards the end of the night he said: ‘Ah, Mick, you’re a great soul singer’.

“And it stuck with me. Over the years I’ve dabbled with reggae and jazz. I’ve even dabbled with a bit of techno, on Love In The Russian Winter. 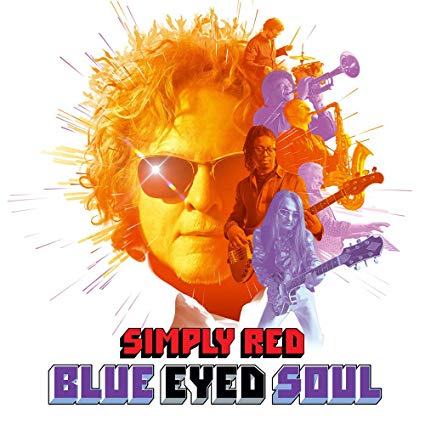 But the thing he said, it made me want to focus on what people think I am. A blue-eyed soul singer.

“Really this album came from one little thing, that my friend said, that I focused on it. I wanted to do what I am on the tin.

“I tried to stick within the genre of soul, R&B and funk on the entire record. That was my mind the whole way through.

“You can dance to this album straight away and that’s exactly what I wanted. For people to be able to get up and dance and just have fun.

most read in tv & showbiz


As Nicole Scherzinger, 41, looks better than ever – we reveal her body secrets

PARTY IN THE PARK


All you need to know about singer Jorja Smith


Glastonbury 2019: Who were this year's headliners at the festival?

Hucknall will hit the road with Simply Red for 35 dates in 2020 before, he says, he’ll quit the industry again to be with his family.

He says: “The tour is still so far off but I’ve already started thinking about the future and I don’t know if I will do more music. I’ve thought about writing an autobiography but I have not implemented the thought yet, I don’t know if I ever will.

“I am so happy at home, I really wasn’t planning to do Blue Eyed Soul. But I am very pragmatic about it now. I don’t make any plans any more. I am just grateful and happy I am still here. I am very lucky as I have a job I love. I know a lot of people say it but I do feel blessed.”

8. Riding On A Train

Chancellor Sajid Javid will boost 18,000 pubs when he slashes their tax bills by £1,000 in April

NOT managed to pick up your copy of The Sun today? Fear not. You can catch all of our top tips right here. Each-way Thief Have...

California rocked by second earthquake in just TWO DAYS as another strikes near Los...

Another earthquake shook California tonight – the second in as many days. The quake was felt in Barstow, about 100 miles outside Los Angeles,...

Chancellor Sajid Javid will boost 18,000 pubs when he slashes their tax bills by...

SAJID Javid is boosting 18,000 British boozers — slashing their tax bills by £1,000. Small local pubs will get the cash off business rates...

WENDY Williams defended Real Housewives of New Jersey star Jackie Goldschneider for serving pizza at a party, on her show on Friday. The chat...

Eczema: Does the skin condition worse with age? Experts have their say

Now experts in the field of dermatology can confirm you’re not deceiving yourself, eczema really can get worse with age. Medically termed dermatitis,...

How can you tell your cheating partner has changed? Dr Pam...

Every Arsenal signing since Arsene Wenger left the Emirates rated and...

California rocked by second earthquake in just TWO DAYS as another strikes near Los...

Chancellor Sajid Javid will boost 18,000 pubs when he slashes their tax bills by...