Trampolines have been the cause of many household injuries over the years.

And Lisa Wipfli, the wife of radio host Michael ‘Wippa’ Wipfli, became the latest trampoline-related casualty over the weekend.

Wippa revealed on his Nova FM breakfast show on Monday that Lisa had suffered a broken nose when their son Jack, four, headbutted her. 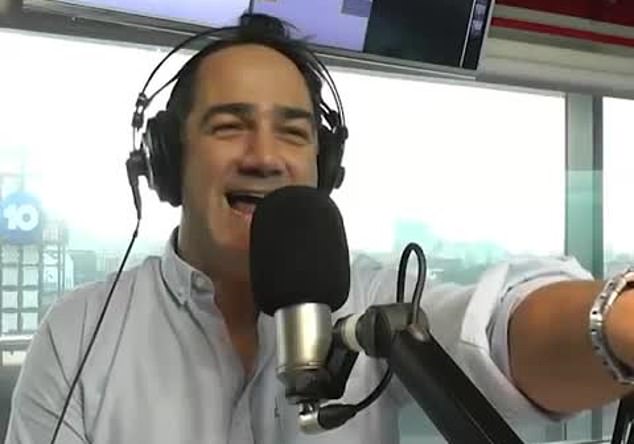 Dangerous pastime: Radio host Michael ‘Wippa’ Wipfli revealed on air on Monday that his wife, Lisa, had suffered a broken nose when their son Jack, four, headbutted her over the weekend

‘Lisa is getting up into the trampoline and she’s got her head down,’ began Wippa.

‘Jack, from the other side of the trampoline, runs as fast as he can against the netting [and] as her head comes up, his forehead hits her nose.’

Wippa went on to explain that he ‘didn’t know what to do’ in the situation because both his wife and his child were injured.

‘He is crying because his forehead hurt; she’s on the ground holding her nose,’ he said. 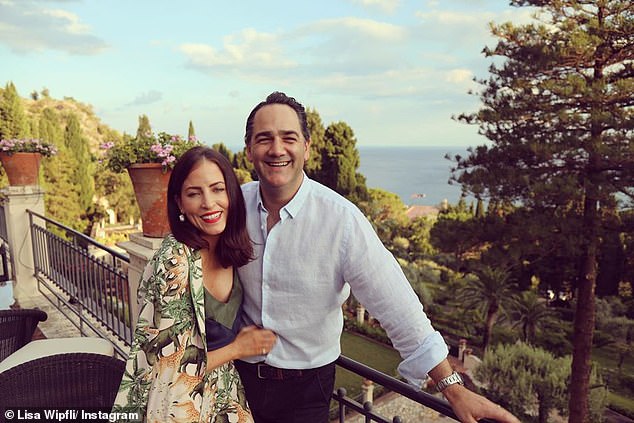 Ouch! Lisa (left, with her husband) caught a headbutt to the nose when her son Jack, four, was jumping on the trampoline in her backyard

The incident left Lisa with a broken nose and bad bruising. She also suffered headaches for several days afterwards.

‘There was no blood, but you could physically see the crack down the side!’ Wippa added.

‘Now it’s all bruised, yellow and cracked up here so she’s had two days of the worst headaches and pain. It’s all blocked up behind the eyes.’ 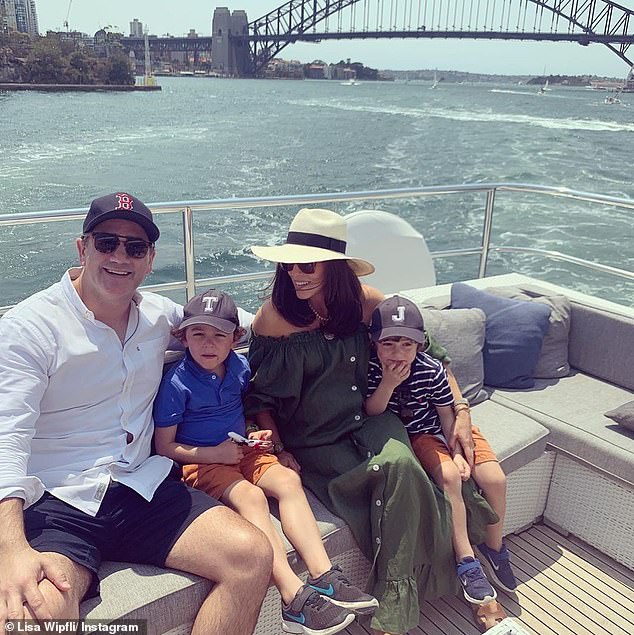 Recovering: The incident left Lisa with a broken nose and bad bruising. She also suffered headaches for several days afterwards. Pictured with Wippa and their sons, Jack and Theodore

While Lisa didn’t fare too well after the accident, Jack was fine and resumed jumping on the trampoline as his mother reeled in pain.

‘To his credit, Jack continued to bounce,’ Wippa laughed.

The Wipflis also share a five-year-old son, Theodore, and a baby daughter named Francesca, who was born in March. 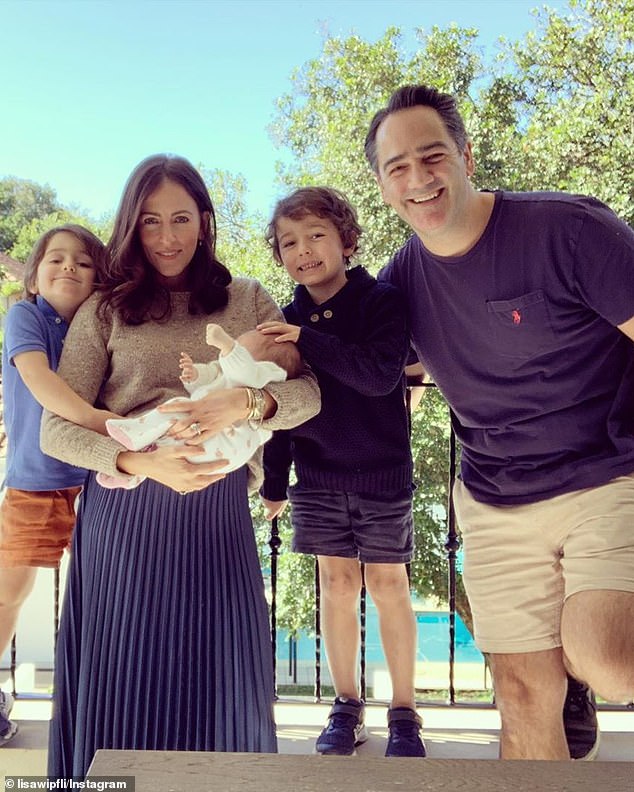 Family: The Wipflis also share a baby daughter named Francesca, who was born in March

Fish pie recipe: How to make a fish pie 0

Brand new cars on sale up to £30,000 cheaper as discounts appear in ‘substantial numbers' 0