Megan Fox’s new romance with Machine Gun Kelly continues to heat up as the couple embark on date nights at LA hotspots.

On Thursday night they headed to celebrity favorite Nobu in Malibu and were seen leaving the sushi spot holding hands after their romantic dinner.

The mother-of-three showed off a very sexy look in skintight PVC pants as she followed closely behind her beau walking back to his car. 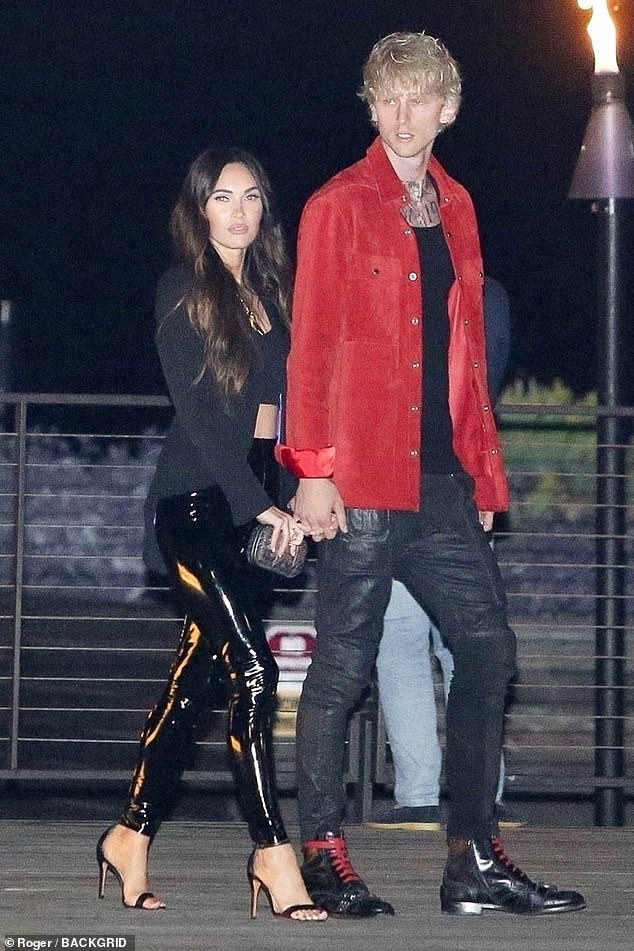 She also flashed a little of her taut midriff in a skimpy crop top and open blazer and finished the look with some strappy heels.

The rapper and actor stood out in a red jacket and leather pants as he lead the brunette beauty back to his sleek indigo Aston Martin.

During the evening the couple were seen dining on the terrace at Nobu which boasts stunning ocean views over Malibu.

It appeared to be a double date as the duo were joined by another couple at their table and chatted as the sun went down. 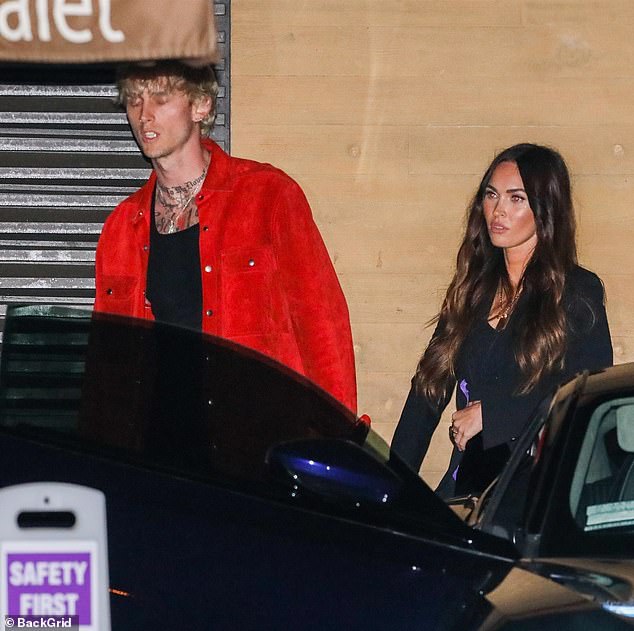 Heading home: The rapper and actor stood out in a red jacket as he lead the brunette beauty back to his sleek Aston Martin 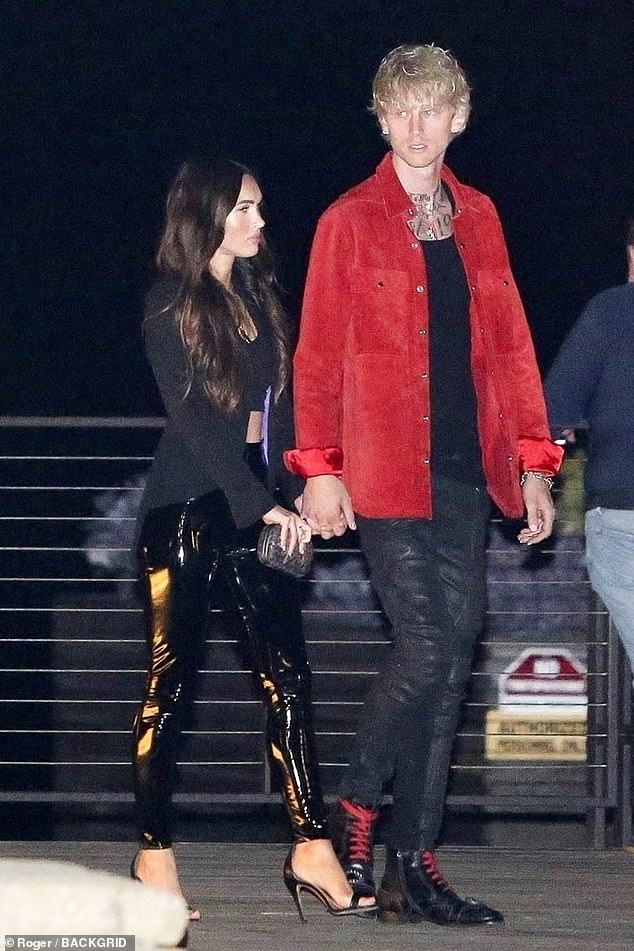 Hand in hand: The mother-of-three showed off a very sexy look in skintight PVC pants as she followed closely behind her beau walking back to his car

Megan recently started dating the hip hop star, whose real name is Colson Baker, after starring in the music video for his song Bloody Valentine.

On Tuesday, Machine Gun Kelly took to his Instagram Story to show off his-and-hers manicures.

In a photo of just their hands, the couple flaunted their Bloody Valentine themed nail art.

The music video dropped on May 20 and a few weeks later the pair were seen flashing some major PDA, effectively making their relationship official. 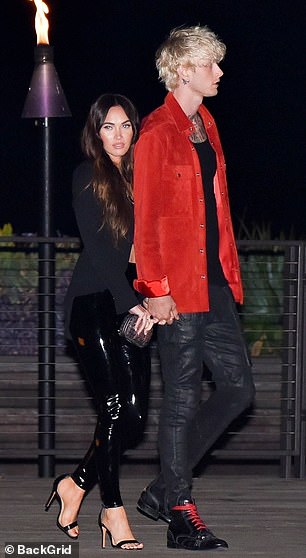 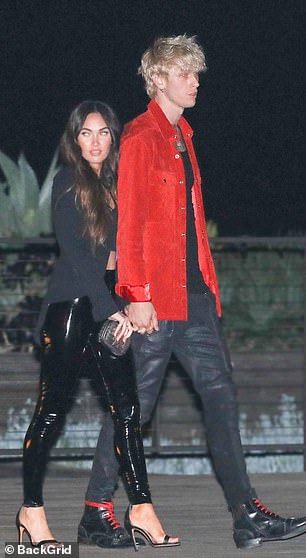 Date night: The 34-year-old beauty also flashed a little of her taut midriff in a skimpy crop top and open blazer and finished the look with some strappy heels

‘Megan and MGK have gotten more serious and are officially dating and referring to one another as boyfriend and girlfriend,’ an insider told Us Weekly.

‘They’re enjoying spending more and more time together and have a strong connection.’

Their date night in Malibu came after they reportedly spent the weekend in Palm Spring’s with friends LaLa Kent and her fiance Randall Emmett.

Both MGK and Fox are parents – the rapper is dad to 12-year-old daughter Casie and Megan has three children, Noah, seven, Bodhi, six and Journey, three.

Green said of MGK on his podcast: ‘I’ve never met him, but Megan and I talked about him and they’re friends at this point. And from what she’s expressed, he’s a really just nice, genuine guy. I trust her judgment. She’s always had really good judgment.’

‘I will always love her, and I know she will always love me. I know as far as a family what we have built is really cool and really special,’ he said. ‘She’s been my best friend for 15 years and I don’t want to lose that.’

EastEnders' Tameka Empson, 43, reveals she's given birth to a BABY BOY in lockdown 0

Tori Spelling on spending '24/7' with husband Dean McDermott in quarantine: 'It's been really good!' 0

McEnany reacts to Flynn ruling: 'Justice was served in a very strong and powerful way' 0