It's been a tough year for music after the majority of shows had to cancel because of the coronavirus pandemic.But music lovers were able to get th

The pandemic and the 2020 Detroit auto show that wasn't
Coronavirus symptoms update: The early symptom which predicts the severity of an infection
Dancing With The Stars fans say the canned audience noise drowns out the show


It’s been a tough year for music after the majority of shows had to cancel because of the coronavirus pandemic.

But music lovers were able to get their entertainment fix on Friday as V Fest returned to Hylands Park, Chelmsford, with stellar sets from stars such as Olly Murs.

The virtual event, which was pre-recorded before being shown on ITV2, was hosted by Maya Jama who looked fantastic in a bold leather trousers and top combo. 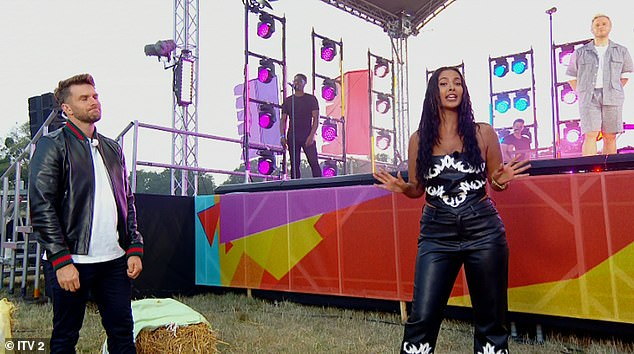 Looking good: Maya Jama looked sensational in leather trousers and a matching top as she presented the first instalment of the virtual V Festival on Friday

Maya flaunted her sizzling curves in a pair of bootleg bottoms which boasted a white pattern around the ankles and over the knees.

She also donned a matching country and western inspired top with the pattern drawing attention to her ample assets.

The beauty wore her long locks down and curly for the event, which was co-hosted by Joel Dommett.

Virgin Media’s V Festival stopped running three years ago but made a comeback for three special episodes which will air on Friday, Saturday and Sunday. 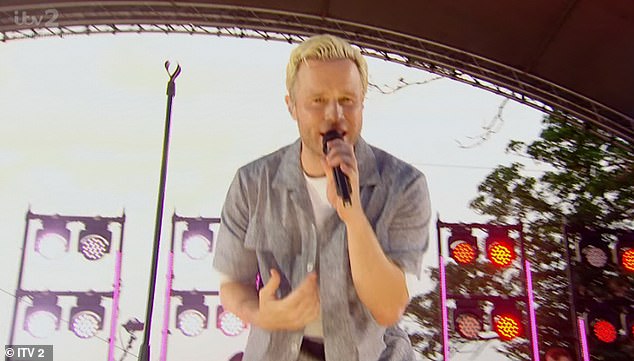 Performance time: Olly Murs was one of the big names who took to the stage for the event 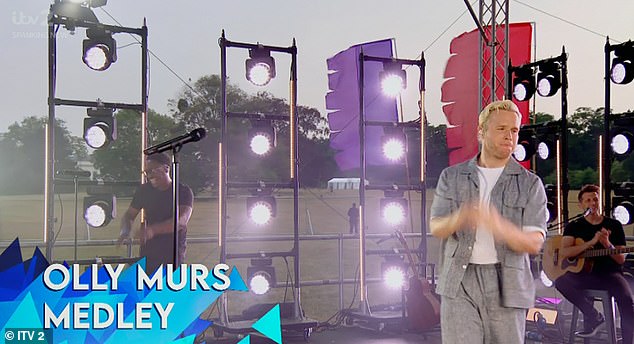 Putting on a show: The singer looked dapper in a shirt and t-shirt as he performed his hits

The shows will boast sets from Olly Murs, Anne-Marie and Dizzee Rascal, as well as reliving memorable moments from the event’s archive.

Olly put on a dapper display for his time on the festival stage in Friday’s instalment, donning a chambray shirt over a white t-shirt.

He ensured that his bleach blonde locks were impeccably groomed and appeared to be in good spirits as he performed his catchy tunes to the empty field.

Speaking ahead of his performance Olly said: ‘V Festival holds a very special place in my heart (and liver), as not only did I used to go every year with my mates & camp as a punter, but I later got the chance to actually perform there and be invited back 4 times! 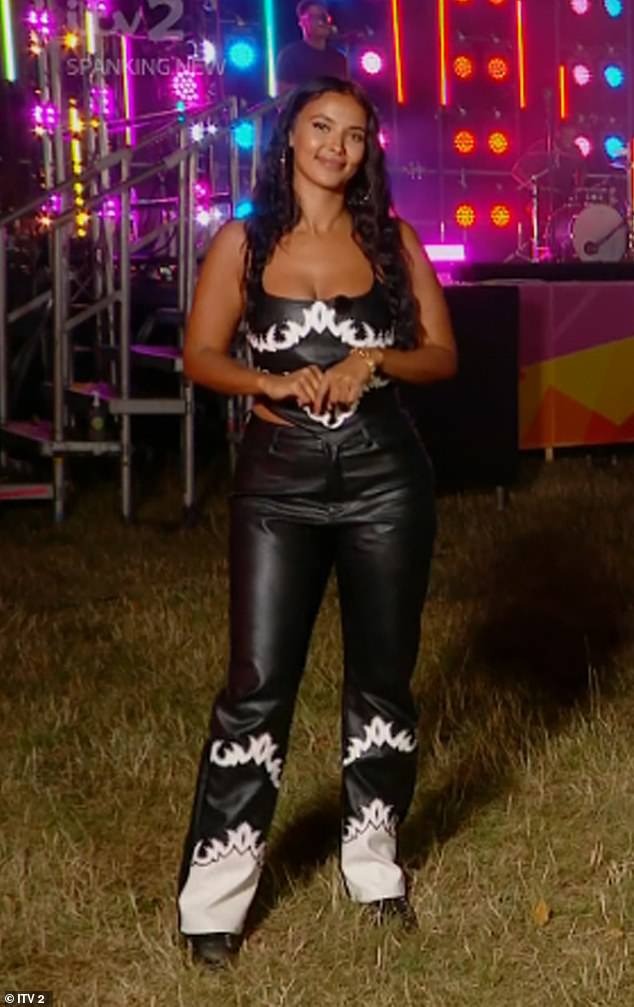 Wow! The beauty showed off her ample cleavage in her roundneck top which matched her leather trousers perfectly 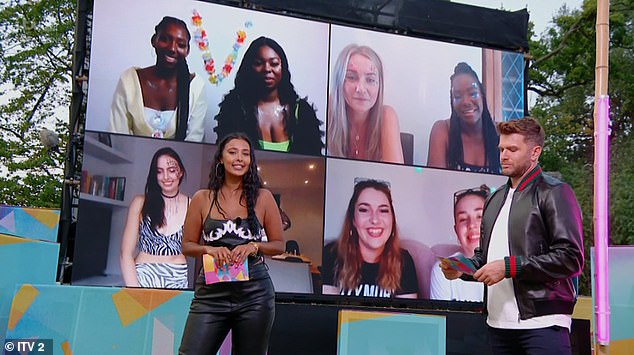 Zooming in: During the event festival fans were shown on big screens enjoying the music from home 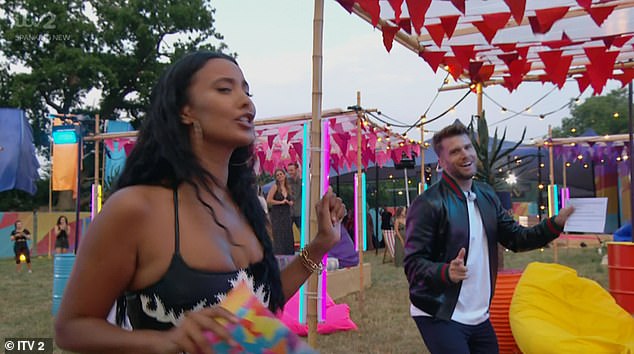 Having fun: Maya and Joel appeared to be in good spirits as they danced along to one song

‘Headlining the MTV stage in 2015 was definitely a career highlight of mine, as was jumping on stage with Madness to sing one of my favourite tracks of all time It Must Be Love.

‘I’ve had some pretty special memories at V, so to come and sing at Hylands Park was an easy YES. It’s great that ITV2 and Virgin Media are bringing V Festival into people’s living rooms, and I’m very glad to be a small part of that.’

Filming for the special event was said to have happened earlier in August, with crews finishing their work by Wednesday August 12, reports Essex Live.

During the virtual festival there will also be performances from Donel, Izzy Bizu, Maisie Peters and Mae Muller.

And Grime artist and DJ Big Zuu will share his passion for food with the artists as he rustles them up some festival-inspired dishes. 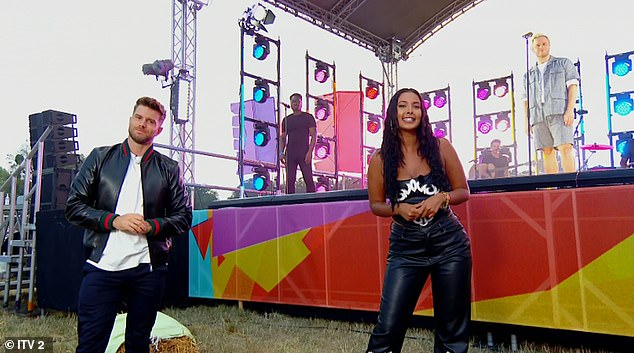 Glam: Maya wore her long locks down and curly for the festivities 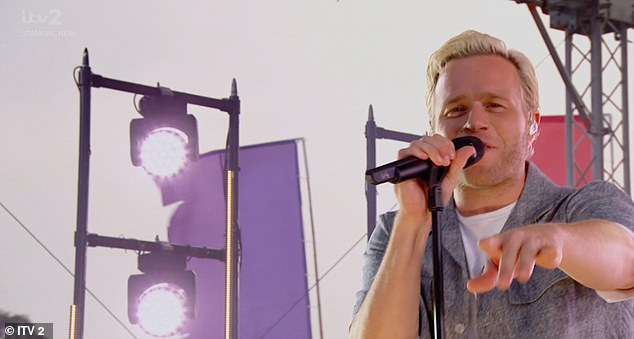 Memories: Olly said he was happy to be back at the festival as he had enjoyed many happy moments there 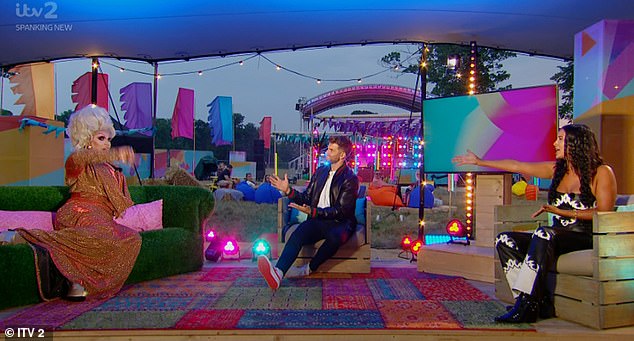 Reminiscing: Winner of Ru Paul’s Drag Race UK, The Vivienne, joined Maya and Joel to chat about some of V Fest’s best moments from over the years

Maya’s presenting gig comes after fans speculated she will be the new Celebrity Juice captain following Holly Willoughby’s exit from the show.

And she did little to quash rumours that she would be taking over the role on Keith Lemon’s comedy panel show, as she posed with the host on Thursday.

The TV and radio star, 26, teased a new project with the funnyman, 45, who she sweetly admitted that she had always admired growing up and starting her career.

Further fuelling speculation, Maya wrote: ‘Working with this one today was very fun.. Wanted to be just like him when I was in school & even when I started my career.. now we’re basically bezzies.. coming sooooon.’ 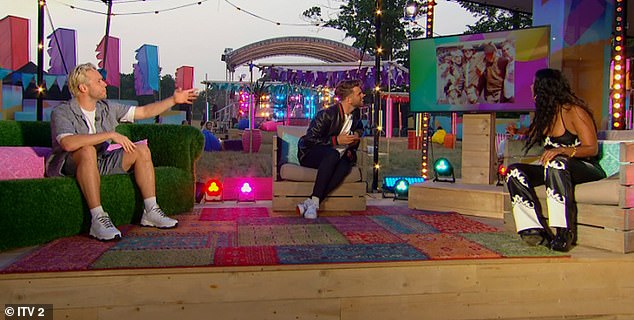 Staying safe: The presenters and artists ensured to stay socially distanced as they chatted during the event 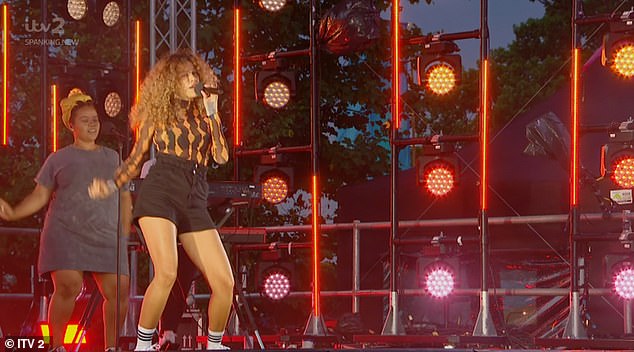 Work it: Singer Izzy Bizu looked incredible as she showed off her toned legs in black shorts during her set 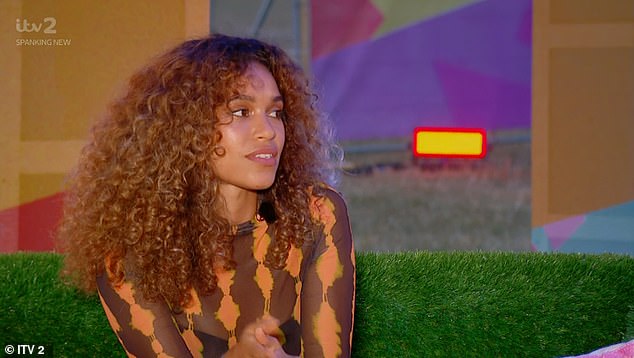 Style: The beauty wore a semi-sheer top with an orange pattern all over it

The snaps sent Maya’s fans into a frenzy as they theorised that she could be the new captain on the ITV2 show.

One person wrote: ‘Take it you’re replacing Holly on Celeb Juice then!’

While another said: ‘Please tell me you’re on Celebrity Juice I’ll start watching it again haha.’ 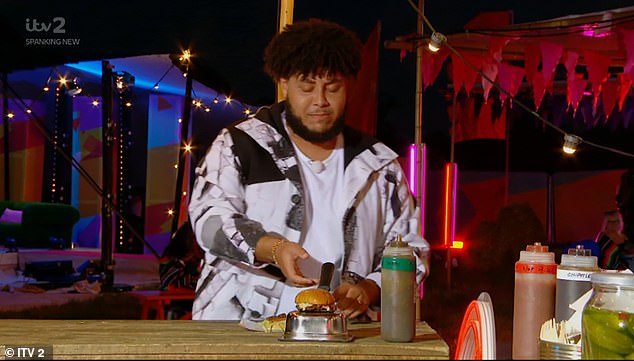 Another person wrote: ‘I’ve been saying you should be the next captain in Celebrity Juice.’

In May, Holly thanked Celebrity Juice for 12 years of ‘fantastic chaos’ after confirming her departure from the long-running show.

The presenter, a team captain on the irreverent pop culture panel show, confirmed her departure in a lengthy Instagram post shared with followers.

Addressing fans, Holly insisted she only had happy memories from her time alongside Keith, the alter-ego of comedian Leigh Francis. 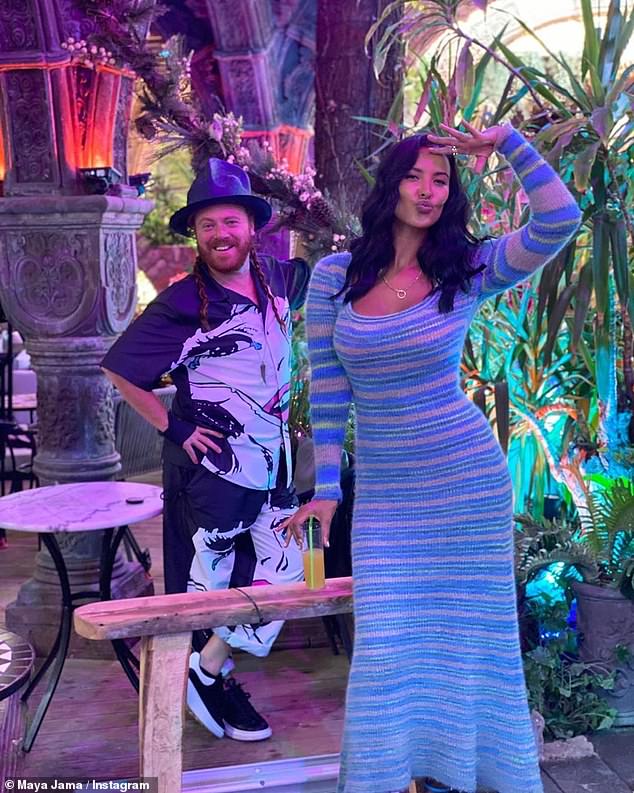 New role? Maya Jama did little to quash rumours that she would be taking over the role on Keith Lemon’s comedy panel show, as she posed with the host on Thursday

Rep. Eric Swalwell calls for a nationwide mask mandate: 'You're protecting others' 0