She became a household name on The Great British Bake Off.

And now Mary Berry is set to grace TV screens again as she joins Matt Baker and his Countryfile co-stars on Sunday’s upcoming show.

The baking aficionado, 85, appears as a special guest on the hit BBC show as she rediscovers her countryside roots. 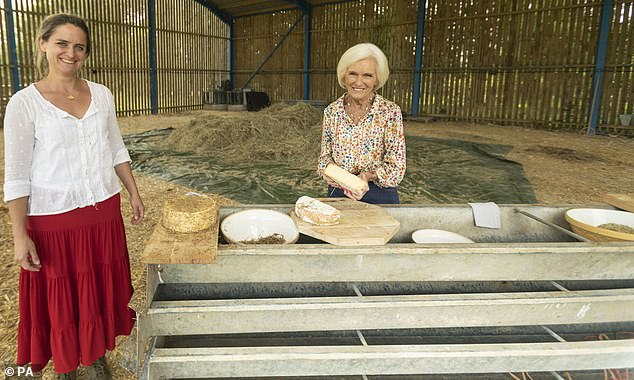 Star guest: Mary Berry joins the team at Countryfile on Sunday 23 August 2020 as she puts her cooking skills to the test and tries her hand at traditional cheesemaking

On the upcoming episode, Mary tries her hand at the traditional methods of cheesemaking.

Mary also makes friends with a local Longhorn bull and it’s herd as well as venturing into woodland on the ground of her childhood home for a foraging expedition of edible fungi.

During her guest appearance, the TV favourite discussed how growing up in the countryside shaped her and how farming has influenced her career and life. 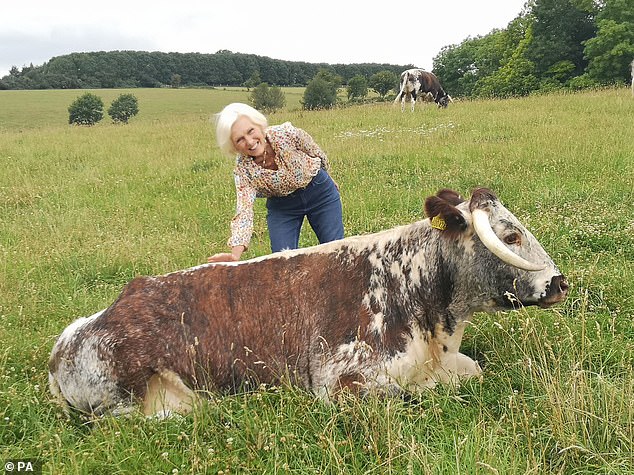 Home is where the heart is: The former Great British Bake Off presenter, 85, returned to the grounds of her childhood home in search of delicious edible fungi 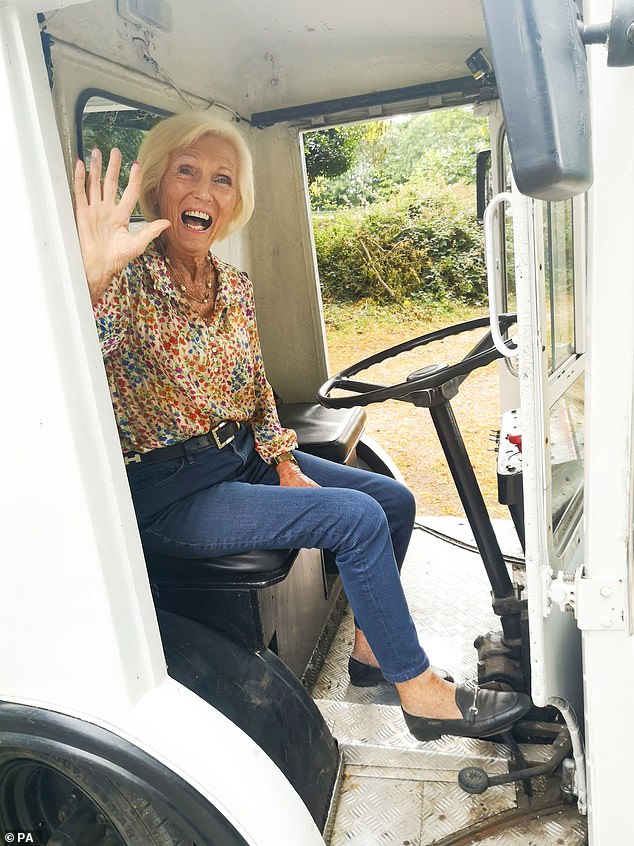 Full steam ahead: Mary looked as happy as can be as she posed for a picture and headed out for a quick drive around in a tractor during the Countryfile episode

Matt takes her on a journey to rediscover her youth as they explore her parent’s rural smallholding together and tries his best to keep up with Mary in the kitchen as they cook up some wonderful locally sourced goodies.

The home-cooking queen is a fan of local produce and always uses her best efforts to support local businesses and small producers.

In an interview with The Sunday Mirror, she said: ‘Countryfile, for me, is an iconic programme and I was immensely honoured to be asked to be guest editor.

‘I am passionate about seeking local produce and food education. Having grown up in the war made me realise the importance of home-grown produce.’ 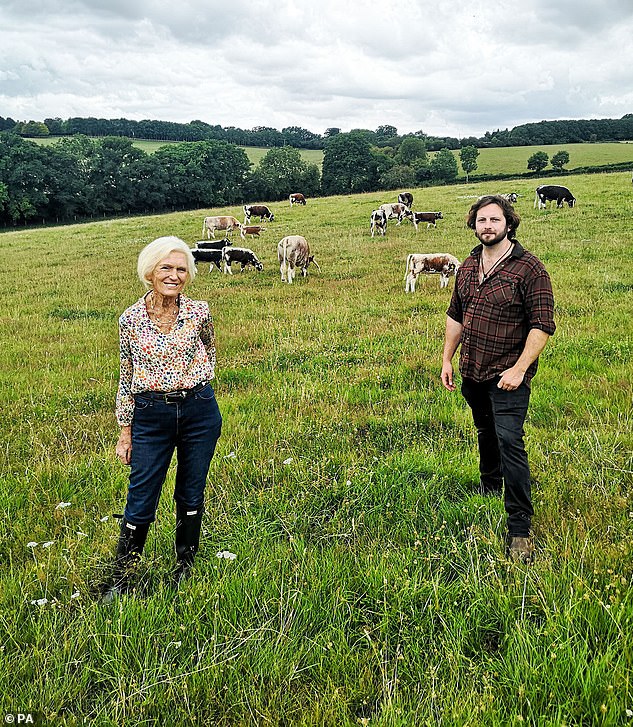 Countryside adventure: Mary takes a trip down memory lane as she returns to her parent’s smallholdings and makes friends with the local animals including a Longhorn bull 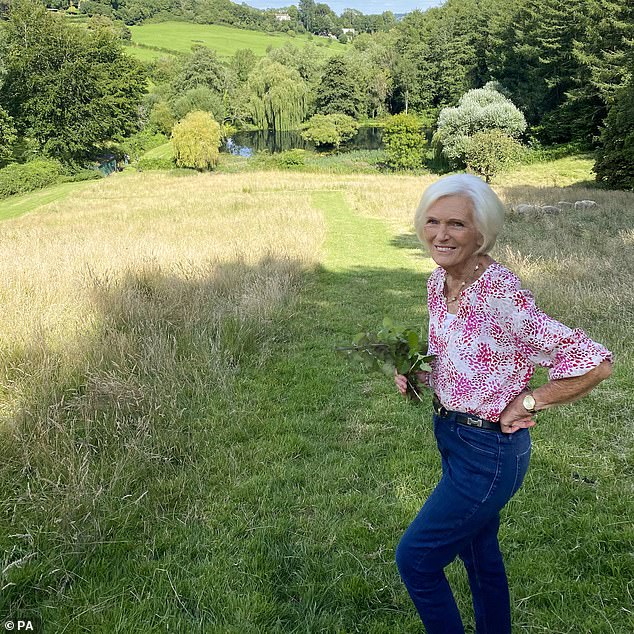 Locally grown: The home cooking queen is a fan of local produce and uses her best efforts to support local businesses and small producers

Investigation: Countryfile presenter Adam Henson is dispatched on an investigation to discover the current state of pig farming and what happens behind the scenes 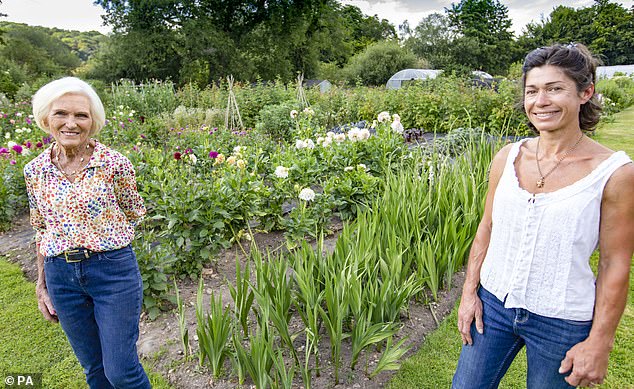 Mission: Fellow Countryfile host Anita heads off to a school that follows a ‘field-to-fork’ approach which Mary believes should be featured in all schools across the UK

Mary also admitted that she holds pigs near to her heart as Adam Henson is sent on an investigation to uncover the current state of pig farming in the UK.

Meanwhile, fellow Countryfile host Anita heads off to a school that follows a ‘field-to-fork’ mantra.

Mary believes this is brilliant idea and thinks it should be rolled out across all schools in Britain.

Tune in to Countryfile on Sunday 23 August at 7.00 pm to watch the former Great British Bake Off presenter in her element. 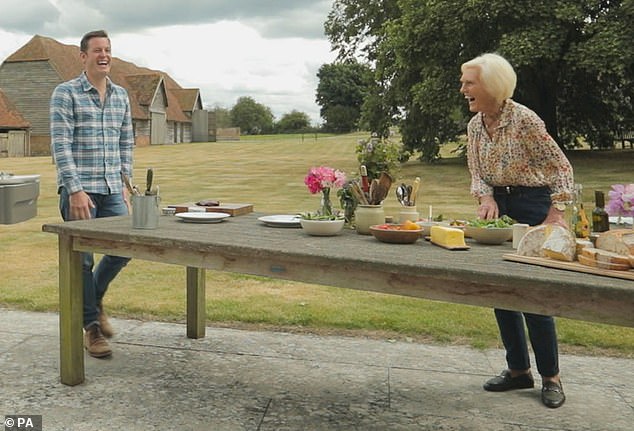 Team effort: Matt Baker puts his cooking skills to the test with Mary as they whip up a dish together made from locally sourced produce

Steelers' Mike Tomlin on minority hiring in NFL: 'It's comical, although it's not funny' 0

Caprice, 48, showcases her youthful-looking figure in a mismatched bikini in Ibiza 0