Influencers in the wild! Married At First Sight's Martha Kalifatidis and Michael Brunelli snap selfies while out for a walk in BondiBy


Influencers in the wild! Married At First Sight’s Martha Kalifatidis and Michael Brunelli snap selfies while out for a walk in Bondi

Married At First Sight stars Martha Kalifatidis and Michael Brunelli have become some of the biggest influencers in the country.

And it was a case of influencers in the wild for the couple on Sunday, as they snapped selfies and vlogged while in Bondi.

Martha and Michael appeared in high spirits as they created content while recording themselves before heading to lunch at celebrity haunt, Bills. 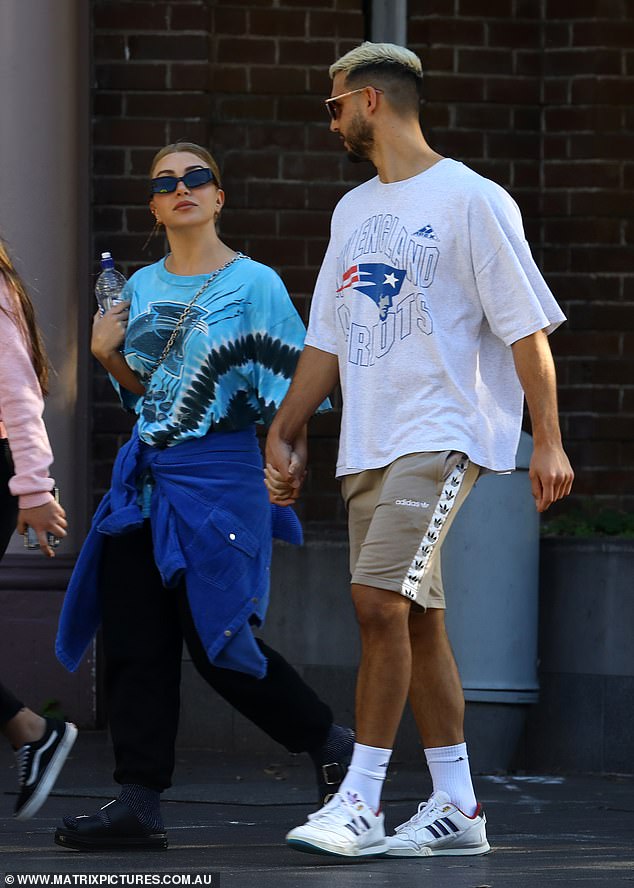 Influencers in the wild! Married At First Sight stars Martha Kalifatidis, 31, and Michael Brunelli, 29, (both pictured) enjoyed lunch together at Bills in Bondi on Sunday

Martha was joined by her two visiting teenage relatives.

Martha looked every inch the Bondi hipster wearing an oversized tie-dye t-shirt which she paired with black sweatpants.

The beauty blogger wore a cobalt blue jacket tied around her waist as she pounded the pavement in large chunky black sandals and socks. 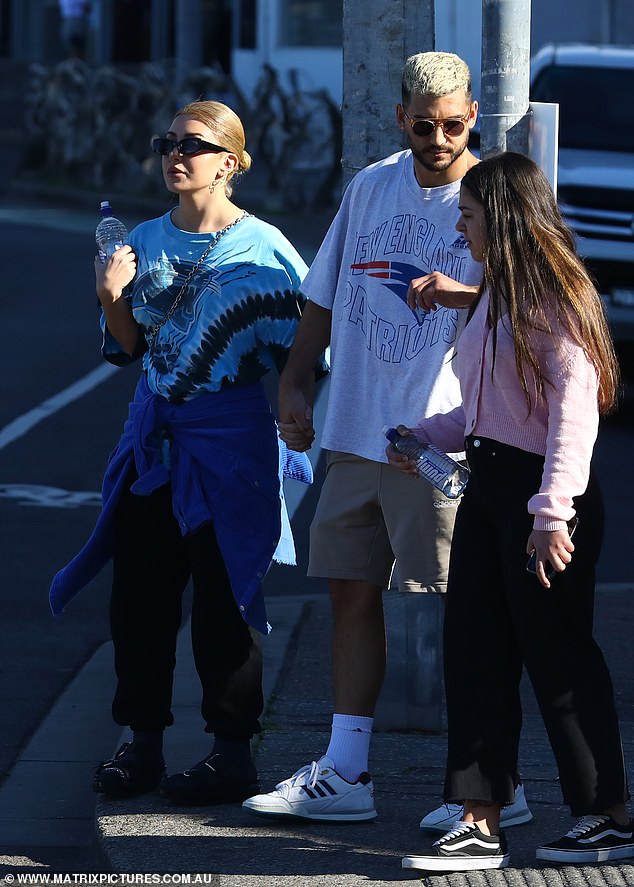 On the way! The couple walked alongside Martha’s visiting relatives while heading to the Bondi hotspot for a bite to eat

Martha finished her outfit with a pair of square black sunglasses and a designer Louis Vuitton handbag which she wore crossbody.

The beauty had her blonde tresses tied back in a low maintenance bun.

She kept her makeup flawless with a low-key matte style. 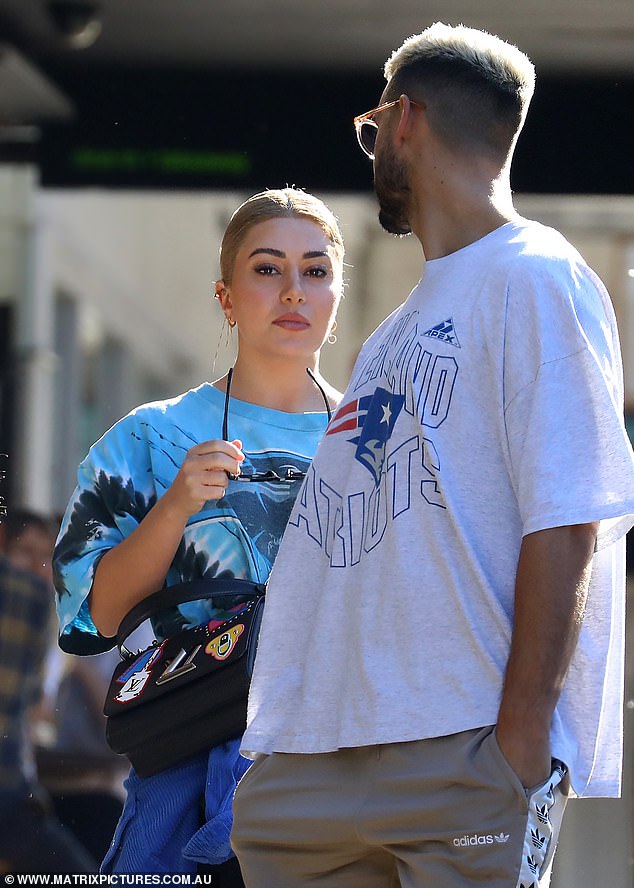 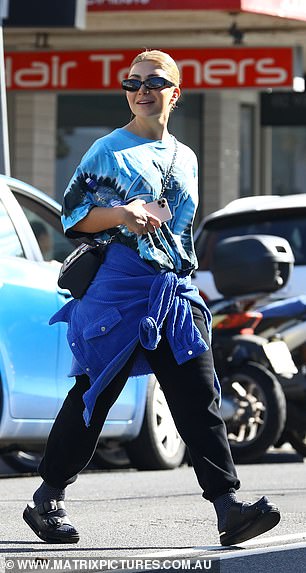 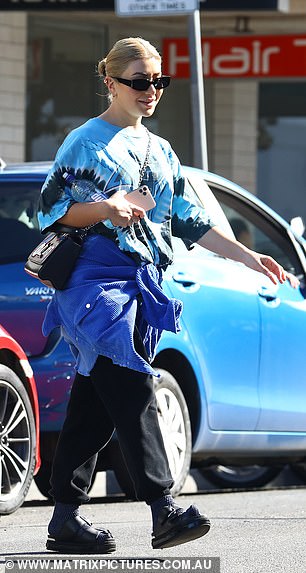 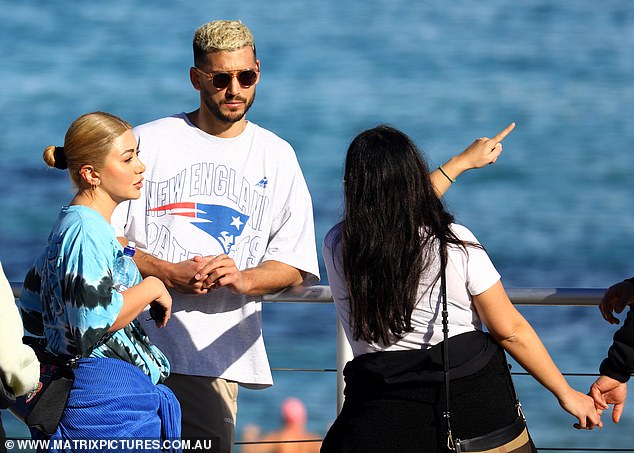 Hunky Michael also showed off his muscular physique while wearing a New England Patriots T-shirt along with a pair of tight beige Adidas shorts.

Michael finished his look with a pair of Adidas socks, white trainers and a pair of stylish sunglasses.

It comes after Martha and Michael revealed racy details about their romantic life after they were quizzed about ‘sending nudes’ on an Instagram Q&A.

Prepared: Stylish Martha carried her iPhone and a bottle of water during the outing

Protective: Martha put an affectionate hand in front of her young relative while crossing the road

Martha immediately turned to Michael, who was in the room while she was answering questions, and said: ‘Babe, do we send nudes?’

Michael replied: ‘Mate, you take so many nudes – more than anyone I have ever known – and I don’t know who you send them to…

‘I haven’t got a nude in years!’ he continued 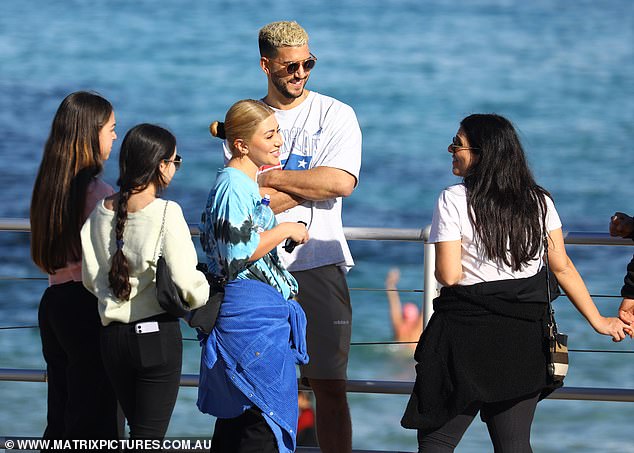 Pleased: Martha looked upbeat as she chatted with a fan on the Bondi promenade 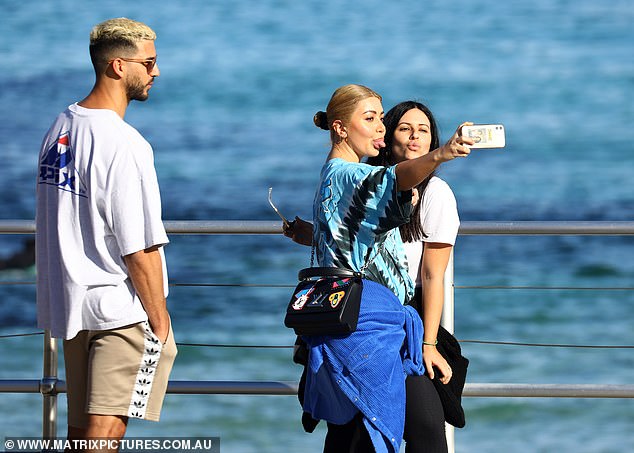 Snap happy! Martha poked her tongue out while chatting with a fan during the walk 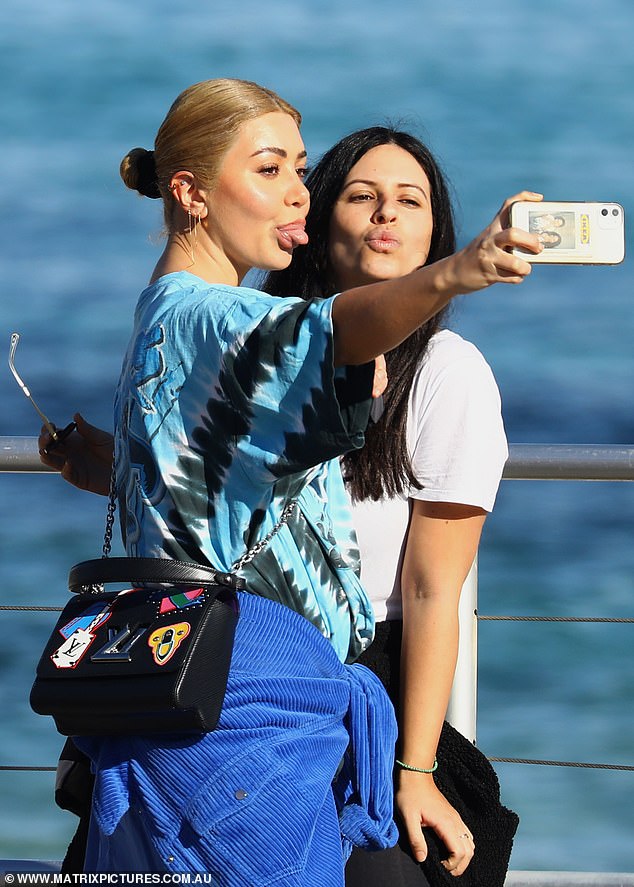 Look at us! The fan pouted in the happy snap with the reality star

Martha became a household name after starring on the 2019 season of Channel Nine’s Married At First Sight.

However, Martha almost missed out on appearing on the program when she turned down two producers who approached her while she was working at Mecca Cosmetica in Sydney.

In a recent interview with Inskin Cosmedics, the star revealed that she caught the eye of two women who casually strolled into the store. 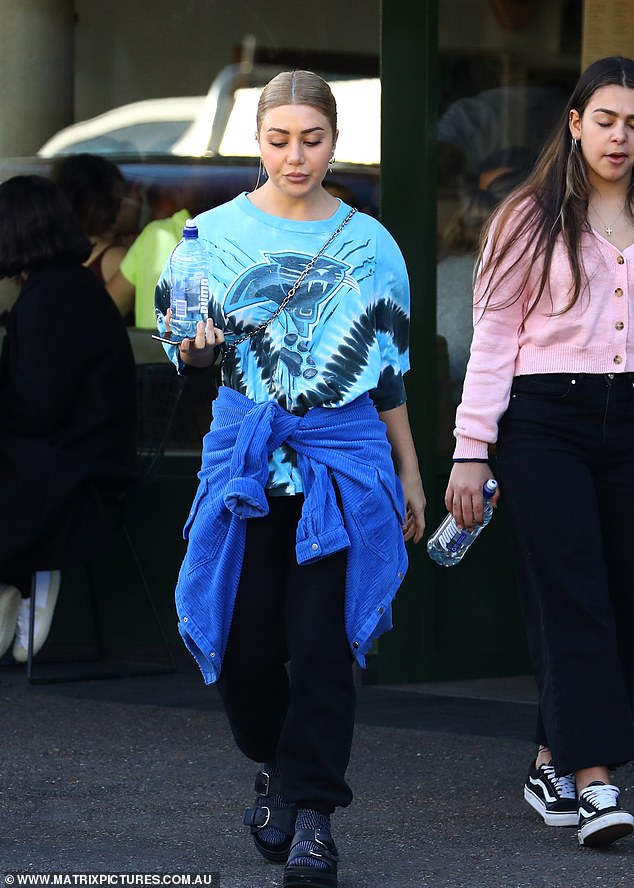 Ready for home: Martha looked ready to head back to her house following the walk

‘These two ladies came in and I just thought they were clients,’ she explained.

‘I was the type of person who would always go above and beyond with any customer.

‘They were just looking around and I ended up talking to them.’ 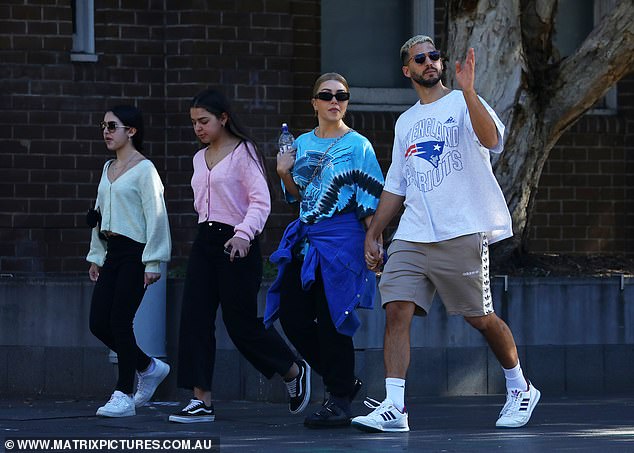 All in the family: Martha and Michael enjoyed a walk with her visiting relatives