ANOTHER bumper weekend of fixtures are almost at a close.

We’ve brought tips for Chelsea, Spurs and Arsenal’s matches – now it’s the turn of Man Utd as they close out the schedule with a home clash against Aston Villa.

BRACE yourself. We’re actually going to tip a Man Utd victory this weekend.

After telling you for the last three months to avoid placing your hard earned on Ole Gunnar Solskjaer‘s hapless side, we’re now doing a complete U-turn.

Why? Well, once we lay out the stats it won’t look like a completely mad decision.

Ole’s men have a severe case of travel sickness and have been beyond awful away from the comfy surroundings of their home ground.

Back at the Theatre of Dreams though, their young guns seem to find a little extra and are unbeaten here in all competitions since the shock 2-1 loss to Crystal Palace in August.

Utd are a healthy 1/2 to win this game and you should be taking them at those odds.

Villa will be hardworking and industrious, just as Sheffield United were last week in the terrific 3-3 draw at Bramall Lane. 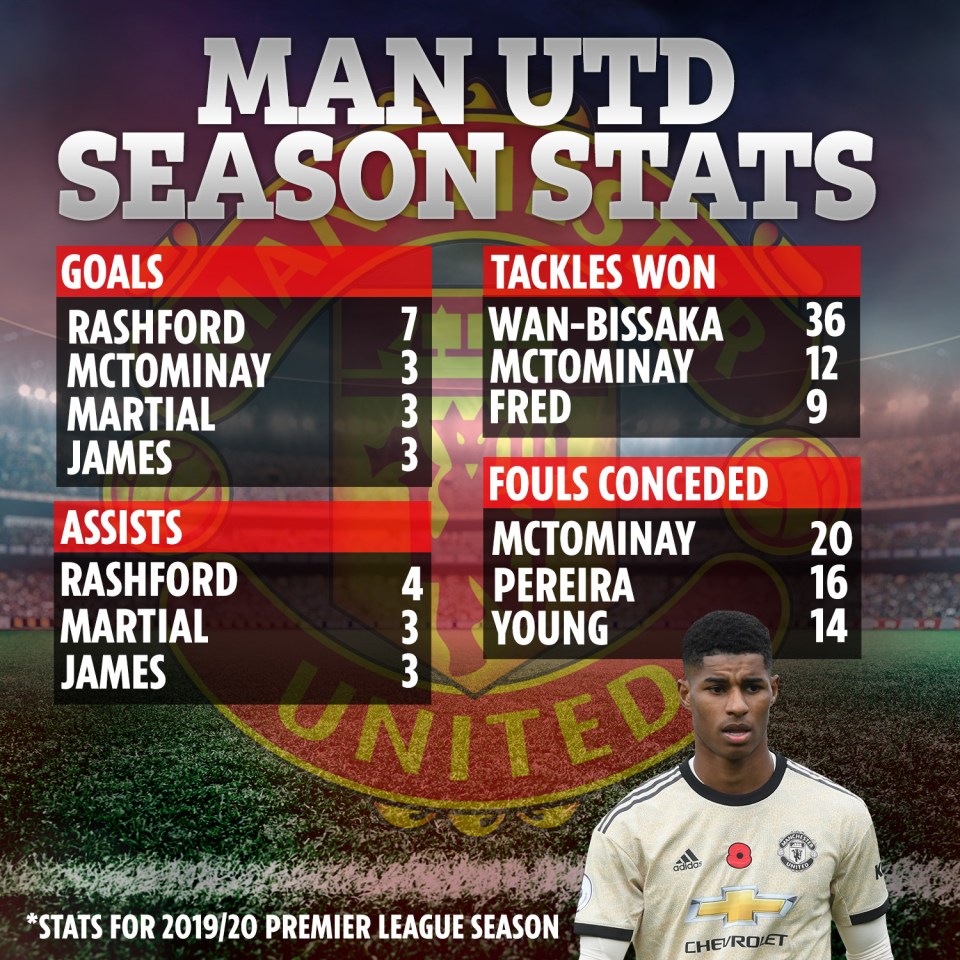 That was one of the games of the season so far, but we’re not expecting a similar goal-fest here.

Dean Smith’s side are currently the worst away side in the division. Fact.

They prop up the away league with just three points from a possible 18 on their travels, posting just one win and losing their other five matches.

That one victory was a 5-1 thumping of fellow new-boys Norwich – and even Utd beat them at Carrow Road.

Villa also have an absolutely atrocious record at Old Trafford.

Of their last 14 visits since 2003, they’ve lost THIRTEEN of them – with the sole anomaly a 1-0 win in 2009 when Gabby Agbonlahor nicked the winner.

We think United will race out of the blocks and there’s value to be had on there to be a goal – by either side – in each half at 8/13.

That’s a bet which has won in each of their last three home Premier League games.

Youth bailed out Ole in South Yorkshire and we like the 7/4 on Mason Greenwood to net anytime.

He’s pushing for a start and has proven a real hit off the bench – that’s a big, little risk price for a youngster who is dynamite in the box.

*All odds correct at time of publication

Parents’ agony as ‘bubbly’ son, 4, dies after taking a nap in ‘tree house’ at creche

8 houses built in the unlikeliest of places

Dry January benefits: What happens to the body when you give up alcohol for...

THE chief suspect in the gangland murder of a decapitated boy received a death threat — from inside a court house. The Irish Sun...

A LITTLE boy died after taking a nap in an indoor tree house at creche, an inquest heard. Autistic Cillian O’Driscoll, four, was discovered...

Type 2 diabetes happens when the pancreas that produces the hormone insulin cannot produce enough insulin or doesn’t produce any at all. Insulin...

BRITS on Universal Credit will have a new tick box on prescription forms to stop them being slapped with £100 fines. The NHS will...

Rod Stewart health: Singer will not be performing due to an...