She’s established a prosperous career as an influencer since her time on Married At First Sight.

And Martha Kalifatidis joined her boyfriend Michael Brunelli as they dined on oysters and sipped champagne on Saturday.

Perhaps what they say about oysters being aphrodisiacs is true, because Martha, 31. and her 28-year-old partner couldn’t help but pack on the PDA between bites. 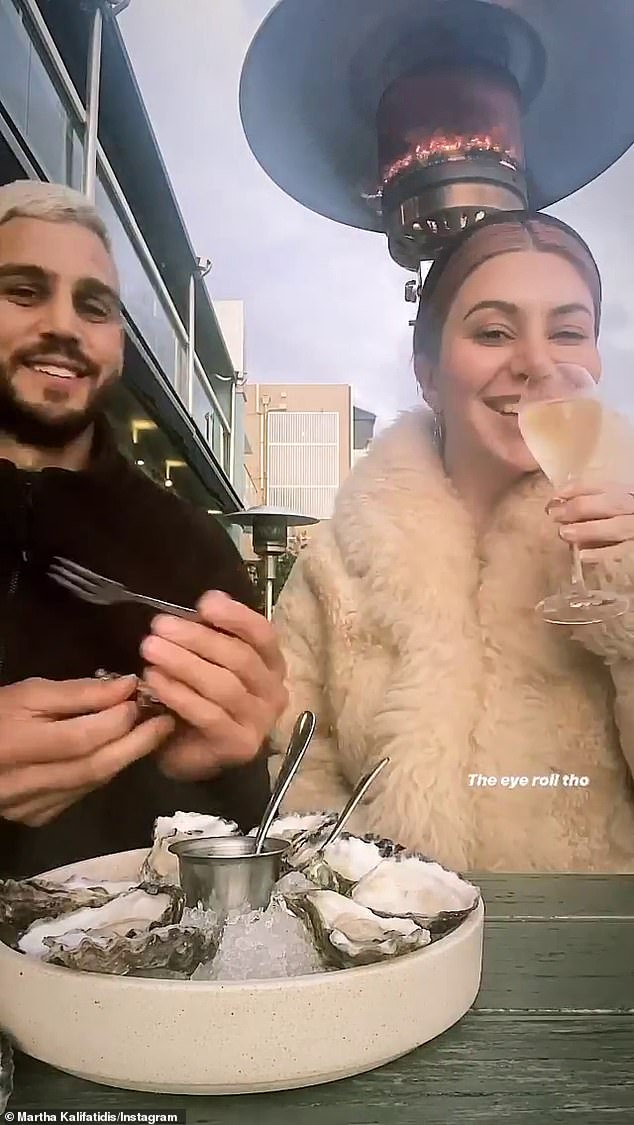 Romantic: Married At First Sight’s Martha Kalifatidis and Michael Brunelli (both pictured) showed off their luxurious lifestyle as they dined on oysters and champagne on Saturday

The makeup artist stayed warm in a large fur coat as they sat outside and enjoyed their luxurious feast.

She pulled her dyed orange locks into a low ponytail, adding a velvet headband to tie the look together.

Meanwhile, Michael looked thrilled as he tucked in to the decadent dish, while wearing a polar fleece zip-up jumper. 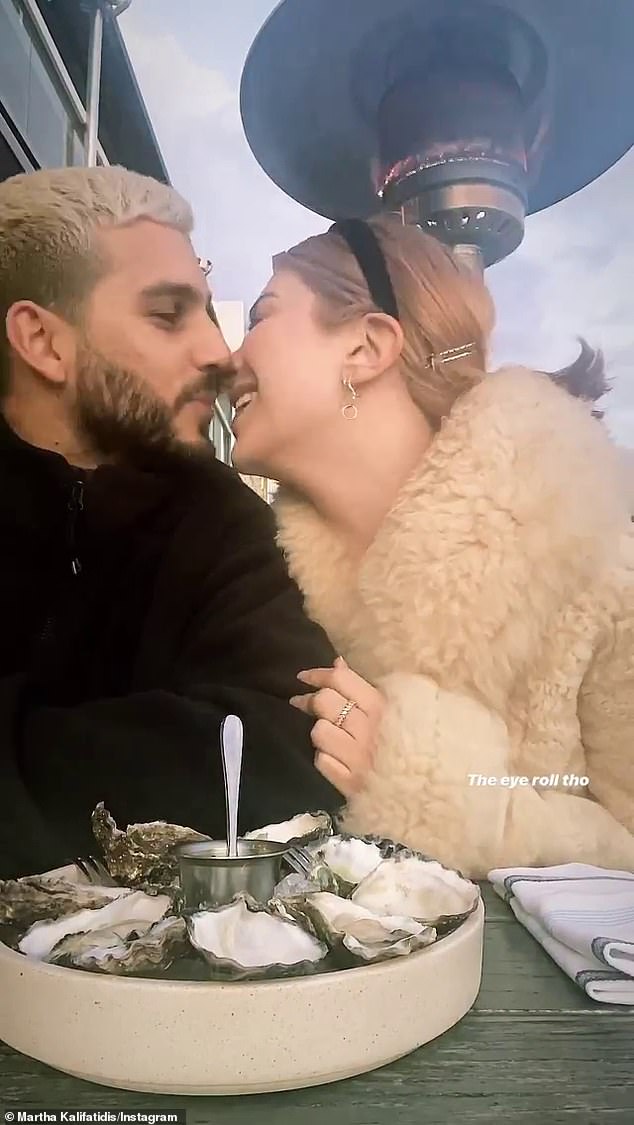 Loved-up: Perhaps what they say about oysters being aphrodisiacs is true, because Martha, 31. and her 28-year-old partner couldn’t help but pack on the PDA between bites

It comes after Michael launched his new booty program earlier this this.

On Wednesday, Married At First Sight’s Michael Brunelli shared some of the secrets to keeping girlfriend Martha Kalifatidis’ derrière in shape.

She promoted his new ‘booty program’ to her 333,000 Instagram followers, as he shared a raunchy picture.

In the image, the makeup artist-turned-influencer posed in a grey g-string and what appeared to be a classic men’s white shirt, as Michael smiled at the camera while his hands squeezed her pert derriere. 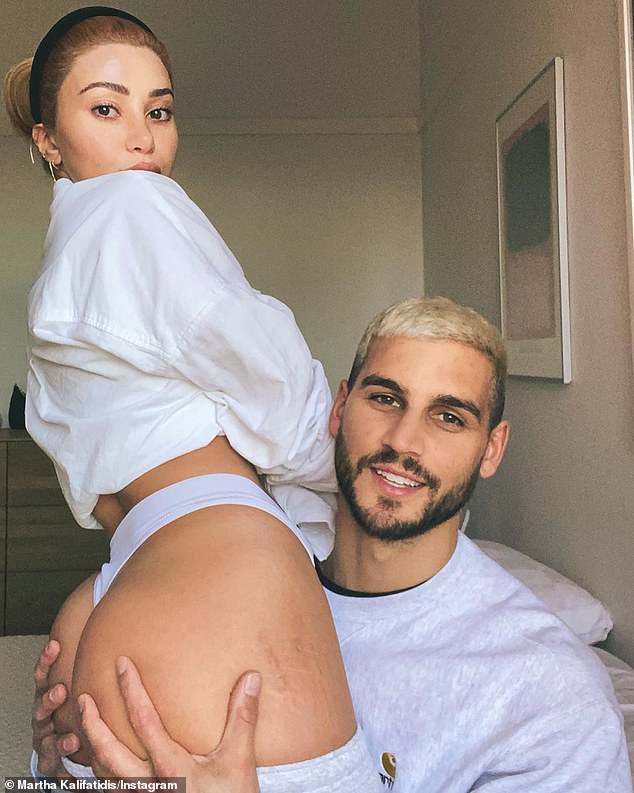 ‘Michael just dropped my personal booty program for you guys,’ Martha commented alongside the image.

Before adding: ‘All the exercises are approved by me… except the split squat.’

Martha went on to joke her personal trainer boyfriend was a ‘tight ass’ and wouldn’t give her a discount code for her followers, before revealing the program was ‘only $19.99’. 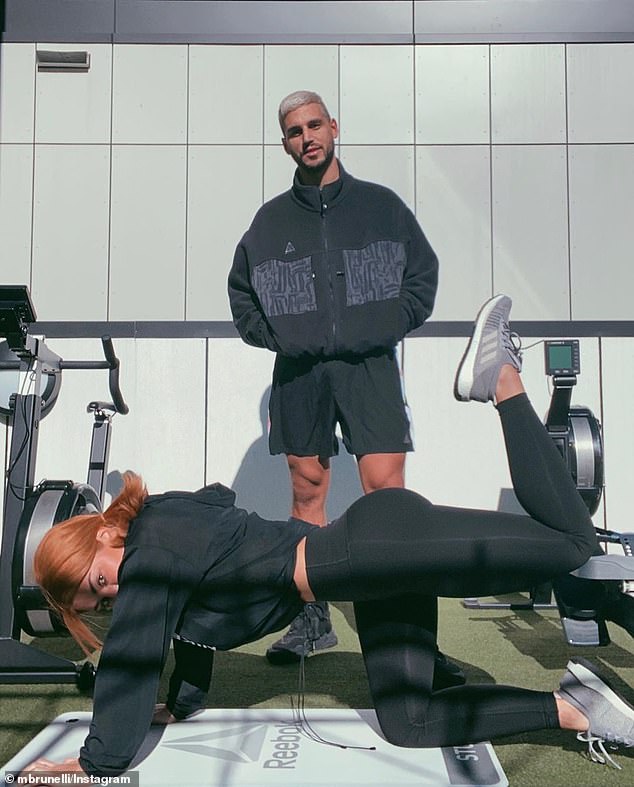 Working hard: On Thursday, the 28-year-old promoted his new ‘booty program’ to her 333,000 Instagram followers

Spoiler alert! Meet the hunky property valuer who is a top contender on The Bachelorette 0