Lucy Spraggan has marked 11 months of sobriety by sharing a candid post revealing how she's never 'felt as alive and awake' as she does now. The si


Lucy Spraggan has marked 11 months of sobriety by sharing a candid post revealing how she’s never ‘felt as alive and awake’ as she does now.

The singer-songwriter, 28, overhauled her lifestyle to achieve a new ripped physique and healthy mindset following the breakdown of her marriage.

Writing on social media on Sunday, Lucy explained how she previously spent ‘so much of her life just incredibly sad’ and ‘hiding behind the false confidence that drinking gave’. 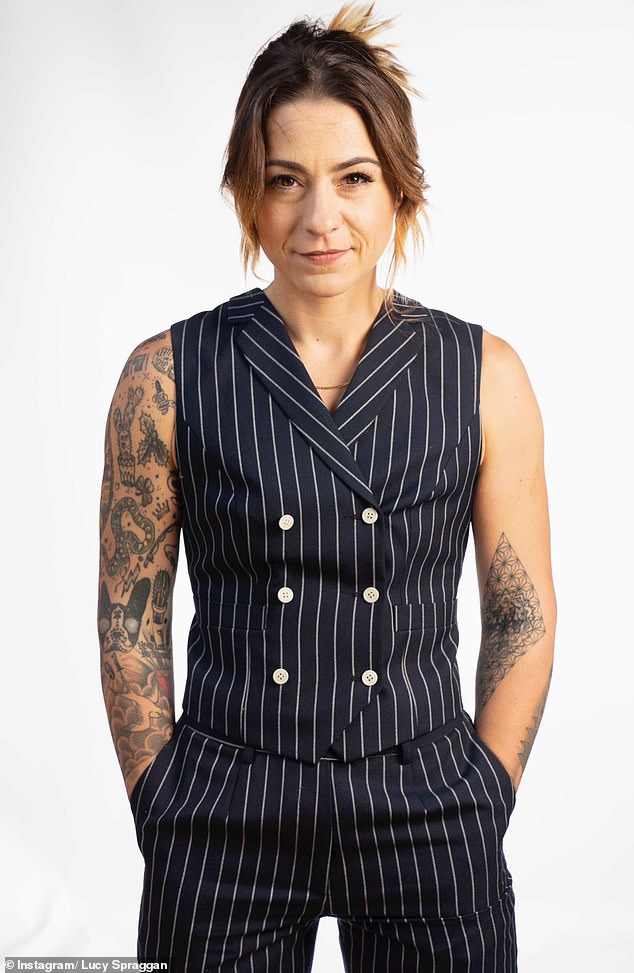 Never better: Lucy Spraggan, 28, has marked 11 months of sobriety by sharing a candid post revealing how she’s never ‘felt as alive and awake’ as she does after giving up alcohol

The former X Factor contestant, who is releasing a new album soon, also added that giving up alcohol for almost a year is her ‘biggest achievement to date’.

She wrote: ‘Today I am 11 months sober. 11 months ago I had no idea what kind of an impact giving up alcohol would have on my life but I knew that I’d had enough of burying my problems, hiding behind the false confidence that drinking gave me and spending so much of my life just incredibly sad.

‘I didn’t drink every day, I didn’t physically depend on alcohol, I couldn’t think of anything worse than drinking in the morning and I used to think that meant I didn’t have a problem. I didn’t fit the mould of what a person with an alcohol problem looked like.

‘I was a self-described ‘life of the party’ which meant I needed everyone to be having MY kind of fun, everything had to be 100mph, I’d be pushy if you weren’t keeping up with me and I was always the last one to bed. Or not sometimes. But I always ended up in this miserable trance, either at the end of the night or for the days after.’ 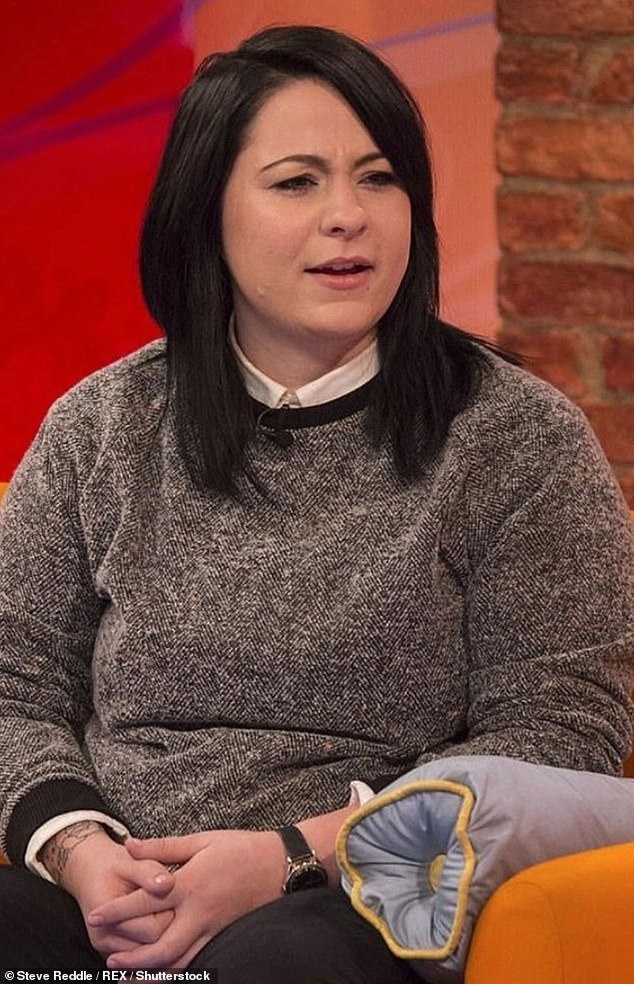 Throwback: The singer-songwriter (pictured in 2013) has overhauled her lifestyle, dropping three dress sizes, and now works out regularly 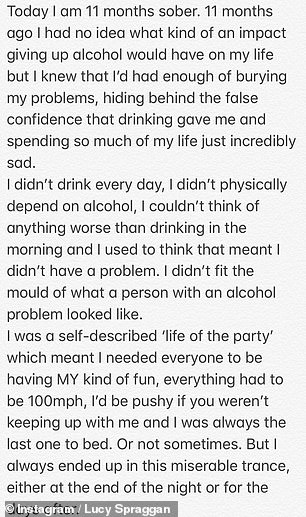 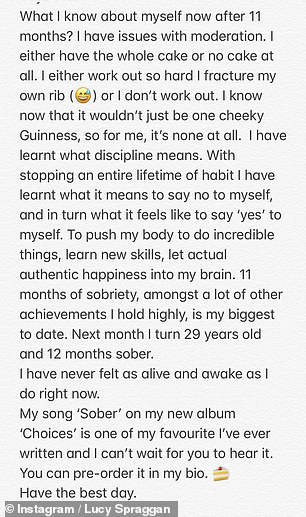 Candid: Lucy shared a lengthy post revealing she got tired of ‘hiding behind the false confidence alcohol gave’ as she celebrated her sobriety achievement on Sunday

Lucy then reflected on what she has learned over the past months while she has turned her lifestyle completely upside down.

She wrote: ‘What I know about myself now after 11 months? I have issues with moderation. I either have the whole cake or no cake at all.

‘I either work out so hard I fracture my own rib or I don’t work out. I know now that it wouldn’t just be one cheeky Guinness, so for me, it’s none at all. 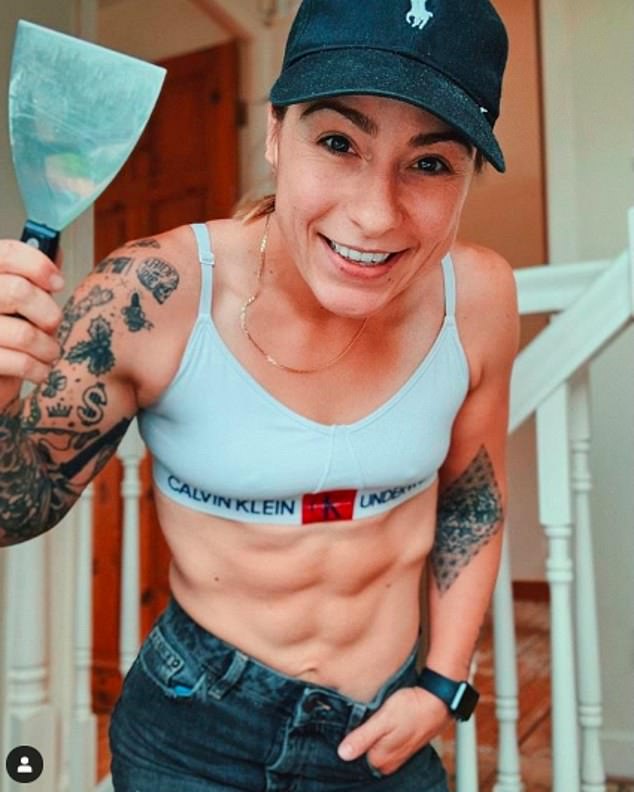 ‘To push my body to do incredible things, learn new skills, let actual authentic happiness into my brain. 11 months of sobriety, amongst a lot of other achievements I hold highly, is my biggest to date. Next month I turn 29 years old and 12 months sober. I have never felt as alive and awake as I do right now.

‘My song ‘Sober’ on my new album ‘Choices’ is one of my favourite I’ve ever written and I can’t wait for you to hear it. You can pre-order it in my bio. Have the best day.’

Lucy has been showcasing her incredible fitness journey on her Instagram page, often posting jaw-dropping snaps of her abs. 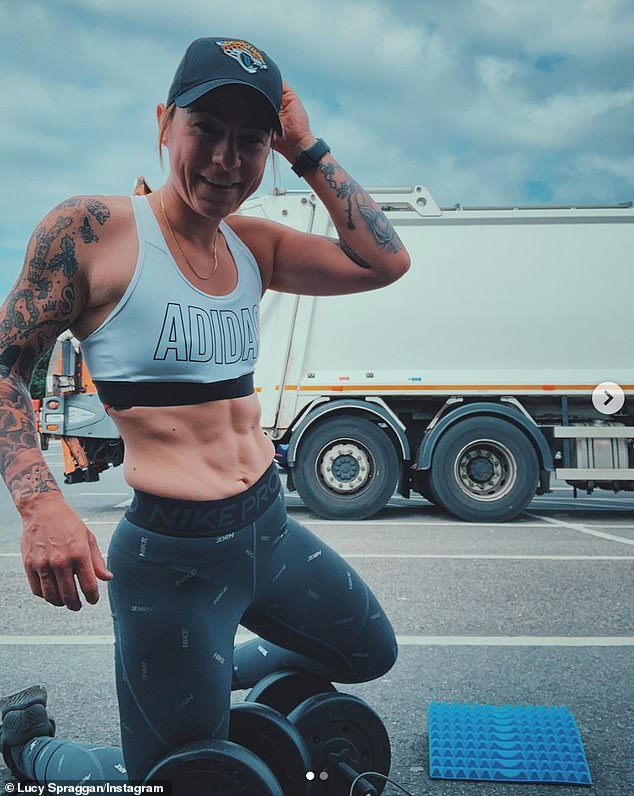 Wow! Lucy overhauled her lifestyle to achieve her new ripped physique and healthy mindset following the breakdown of her marriage 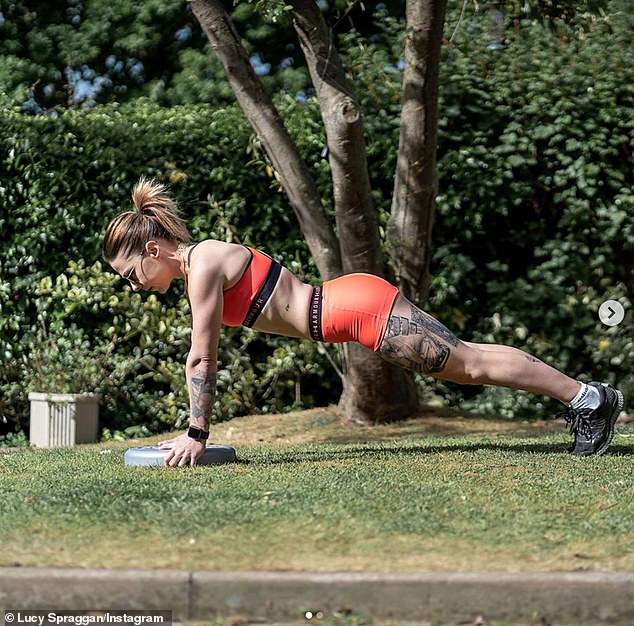 Her everyday diet typically consists of cereal followed by vegetarian sausages and toast, salad and protein for lunch and fish, rice and salad for dinner.

And Lucy stunned fans in March when she revealed she’d dropped three dress sizes after overhauling her fitness regime.

Lucy’s decision to change the way she was living was sparked following her split from wife Georgina Gordon, 31, who she married in 2016 after two years of dating.

Explaining how fitness has also helped her mentally to Closer magazine, Lucy explained: ‘I needed mental clarity to deal with the preparation of divorce and fitness and feeling good has definitely helped my state of mind.’ 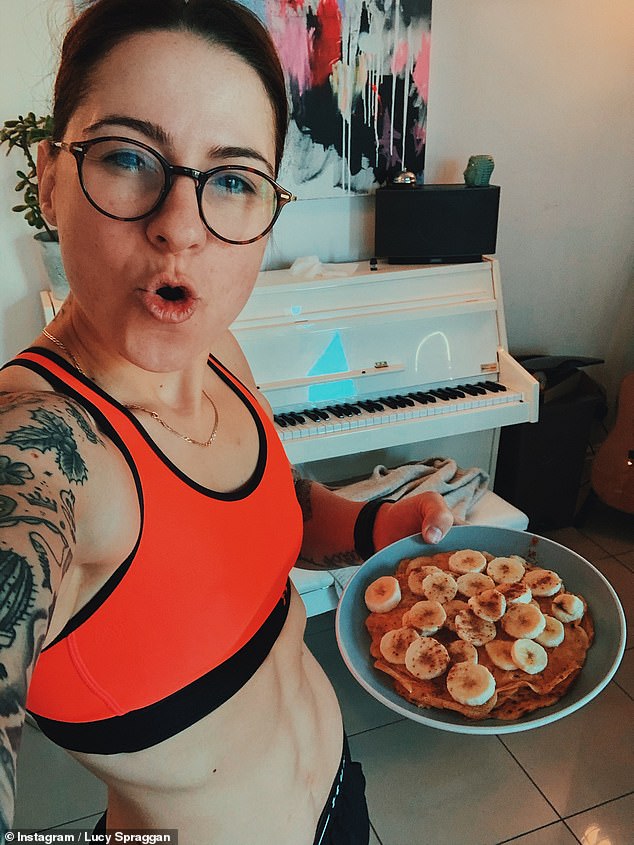 Slimmed down: Lucy said the changes have helped her feel better mentally as well as physically

Garcelle Beauvais weighs in on idea of Kris Jenner joining RHOBH: 'I think she fits the bill' 0

Everything coming to Amazon Prime Video in July 2020 0